The University of North Carolina women’s field hockey team tied the University of Maryland’s team for the second-most NCAA Division I championship wins last year. On Nov. 24, 2019, the UNC Tar Heels beat the Princeton Tigers 6-1 at Kentner Stadium, a Wake Forest University facility, to clinch their eighth title. The win meant back-to-back championship victories for the Tar Heels and two consecutive undefeated seasons compiling 46 wins. On top of that, the Wake Forest field hockey team has three championship titles of its own, and Duke has been the runner-up four times, the last in 2013. In total, there are five Division I and three Division II field hockey colleges in North Carolina; yet, most Southerners probably don’t know what field hockey is.

“Is that lacrosse?” some ask. Or, “It kinda looks like ice hockey,” they say, pitching the word ‘hockey’ slightly higher, transforming their statement into a question. On one occasion last year, my husband took my car to work at Fort Bragg, and the security guard at the I.D. checkpoint stopped him for a random search. He popped the trunk, and the guard picked up one of my field hockey sticks, saying, “What is this?”

Picture an ice hockey stick but shorter, with a stubby, turned-up end. But unlike in ice hockey, and probably most shocking to outsiders, only one face of the stick is playable. Field hockey sticks have a flat face known as the “right” or playable side, and a rounded face, the “wrong” side.

“The difference is you have to turn the stick over to bring the ball back,” says Grant Fulton, the associate head coach of the UNC field hockey team and the coaching director of Carolina All Stars, a Chapel Hill-based field hockey club. “You can’t use the round side of the stick.”

He continues, “It’s difficult. There are really no other sports that correlate to the technical side; it’s kind of its own animal.”

Rather than a puck, field hockey is played with a baseball-sized ball made out of hard plastic with a cork and rubber core. Ball speeds can exceed 100 miles per hour, depending on the level of play and the surface; and, for that reason, goalkeepers are padded up like their ice hockey equivalents. At beginner levels, the sport is often played on grass or synthetic turf, usually the kind with rubber beads. But at higher levels, it’s played on water-based field hockey turf, a carpet-like surface that skips the rubber beads and gets wetted down with high-powered water cannons. Watering artificial turf — bizarre, perhaps — allows for better ball control and the ability to slide with less injury.

In a regulation field hockey game, two 11-player teams face off. “I always gave the ‘similar to soccer in numbers, positions and some strategies’ explanation,” says Denise Zelenak, the head coach of the Division I Drexel Dragons in Philadelphia, and my former coach. “But our skill sets are more challenging, as is the type of running.”

Field hockey has rolling substitutions and no offsides, and because the ball is played primarily on the ground and sticks can only be up to 41 inches in length (no matter the height of the player), running happens in a perpetual squat. As the field hockey adage goes, bend at the knees and not at the back. 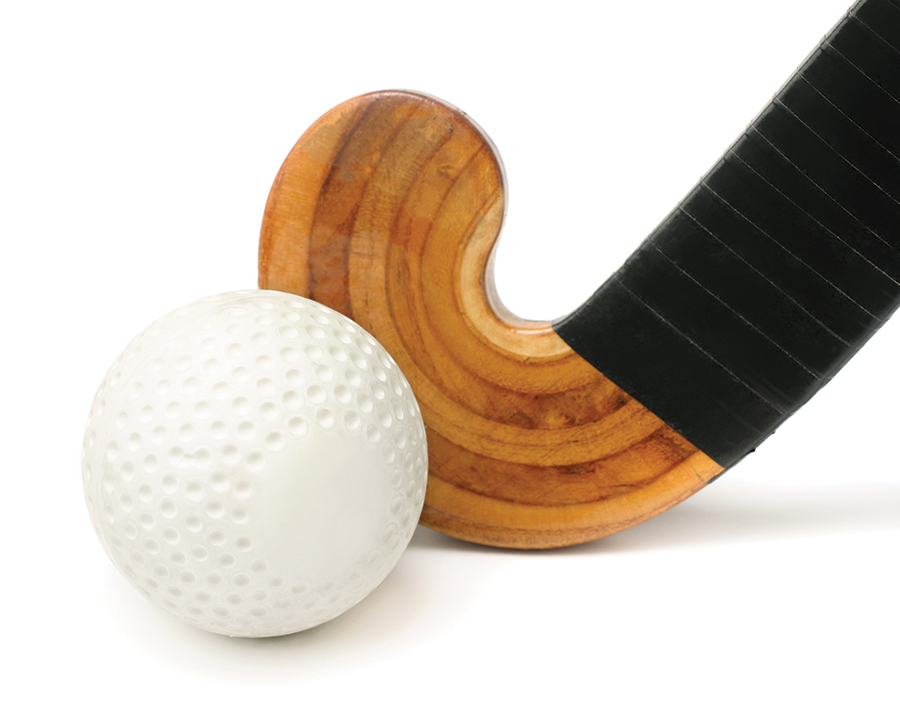 Zelenak, coaching in the hotbed, speculates about field hockey’s reach. “I think it’s as simple as where it landed. Constance Applebee came from England and moved to the Philadelphia area, where she created opportunities to learn and play, which led to a league, which then spread to schools and colleges building it into their curriculum.” Applebee is the Englishwoman who introduced field hockey to the United States, specifically to northeastern women’s colleges, when she came over to study in 1901.

“Once these teams started spreading into conferences, it grew throughout the Northeast, the Southeast, as well as California,” Zelenak says.

Even though the sport spread at the collegiate level and, to some extent, younger levels, youth field hockey is still concentrated in the northeastern United States. My older brother often joked, “How does it feel to have a skill that 99 percent of people don’t know exists?” At least in this country. Field hockey is enormously popular elsewhere. According to most web statistics, field hockey is the third most played sport worldwide, and that includes women and men. Stateside, field hockey is typically played by women, although America has women’s and men’s national teams, and boys’ field hockey is gaining some steam.

“I think it goes to the schooling systems,” UNC’s Fulton speculates about field hockey’s reach. “Soccer has always been here and massive in the women’s game, so I think that a lot of potential field hockey players are actually playing soccer.”

Field hockey, like soccer, is traditionally a fall sport, and the two would compete for athletes, but getting a foothold in schools is the key to spreading the game. “The way to get into those schools is to go and meet with the athletic directors and introduce free clinics where you pop into the school and do a physical education training section, where you introduce the equipment and start it grass roots,” explains Fulton.

And the younger the girls know about field hockey, the better. “My daughter, she’s 4, and they come to her day care, and they’ll run these soccer clinics. They’re just half an hour every Tuesday. They bring balls, cones and a bunch of pop-up goals, and they just teach the fundamentals,” Fulton says. “If you do that at day cares all around, and you pop into middle and high schools, that’s how we have to introduce it, right when kids are 3, 4, 5, 6 years old, especially for girls in this country. There are other options, but field hockey is a big one that’s underutilized.”

Lauren Williams neé Love, the head coach and owner of Pinecones Field Hockey Club here in the Sandhills, is working to right that. Williams is a Pennsylvania native, and she played for Wake Forest when they won the NCAA Division I championship in 2004. She explains what field hockey can offer to young women. “I think it is important for people to recognize the opportunity and potential for the athletes to play at the collegiate and Olympic levels,” she says. “This includes athletic scholarships, as well.” (And it’s also fun; to this day, my best friends were my Drexel teammates.)

Williams says, at Pinecones, “Our mission is to bring field hockey to young female athletes in our community. Our program focuses on fundamental instruction, teamwork, sportsmanship and discipline, while building character and instilling confidence that will last a lifetime.”

Building on Williams’ sentiment, Fulton says, “It’s a game that is lifelong, right? You can play all around the world. It’s like riding a bicycle. You can pick it up where you left off. You’re not going to lose the game. You might be a little rusty, but you can jump on your bike, and you can go.”

He continues, “You can find a job in the big city and, on the weekend, you can go play pickup with a bunch of field hockey, like-minded people. You can build friendships; it’s transferable; it travels.”  PS

Jenna Biter is a fashion designer, entrepreneur and military wife in the Sandhills. She can be reached at jenna.biter@gmail.com.