For Shannon Whitworth, the muse lives and breathes in the mountains of Brevard

“My art is how I see the world,” says artist and singer/songwriter Shannon Whitworth. “And my music is how I hear it.” Just outside of Brevard, she is walking across the expanse of grass between her barn studio and the renovated farmhouse she shares with her husband, Woody Platt of the Grammy Award-winning Steep Canyon Rangers, and their young son. The late afternoon is rainy and cool. In the distance, mist hangs over the mountains like a gray, gossamer blanket. In other places across the South, spring has begun to reveal itself, but here in the mountains, winter is still hanging on.

Whitworth didn’t always live in the mountains that have become so synonymous with her music and art. She was born into a bustling home with two older brothers in Fairfax, Virginia. By the time she reached high school, her restless nature prompted her to head south to Hilton Head, S.C., where she spent summers with her Grandma Nancy, an Old South dame who owned a ladies’ clothing boutique and lived in a lamplit home where every room had a clock radio playing martini music. The soundtrack to Whitworth’s summers in Hilton Head were comprised of Billie Holiday, Frank Sinatra and the clink of ice in Grandma Nancy’s cocktail glasses. To the girl who’d been raised in an active household in a busy city, the freedom of Lowcountry life was both mysterious and emboldening. “I went down there playing with Barbie dolls,” Whitworth says, “and I came back home wearing a training bra.” 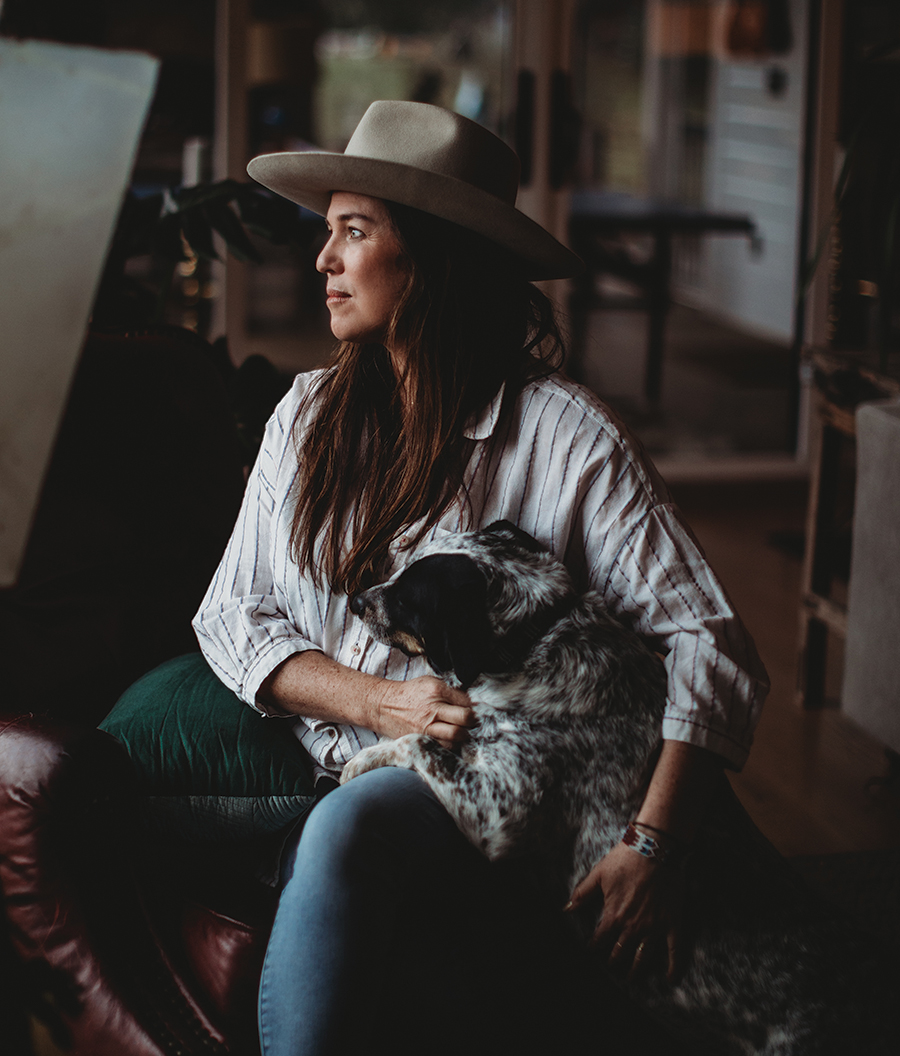 Like many people who grew up in the 1990s and who would later become artists, Whitworth was an angsty teen who filled her journals with reams of poetry. Her parents had always been music fans, and she grew up listening to James Taylor, Paul Simon, Crosby, Stills & Nash. When her older brother began dating a woman who played the guitar, Whitworth realized she could set the words she’d written to melodies. The woman — who would eventually become her sister-in-law — showed her how to play chords, and by the time Whitworth began college in Boone, she was already skipping class to play music. “I was consumed by it,” she says. And then someone gave her Lucinda Williams’ first album. That’s when she had the vaguest of notions that, just maybe, she could become a musician too.

“I didn’t know a lot of women who were doing this,” she says, and she didn’t know if she could do it either. After a series of moves and adventures took her all over the country, a camping trip to Brevard in 1999 finally convinced her to settle down and give music a try.

“I was moonstruck by Brevard,” she says. She is sitting by the window in her living room, the sun having fallen below the mountains just above the confluence of the headwaters of the French Broad River. Night is creeping across the fields. “It felt like there was a crystal under the Earth that was pulling me here. I always thought I would end up back on the beach somewhere, but this place spoke to me,” Whitworth says. “I knew I would write a lot of songs and paint a lot of paintings here. And if I could do those things, then I knew this was where I needed to be.”

She spent a few months in the offseason living in the old cook’s cabin at Camp Carolina, stuffing envelopes and mailing promotional material for the camp and working on her music. “I must’ve written a hundred songs,” she says, but she was too self-conscious to perform them in front of anyone aside from her brothers and a small circle of musician friends. “And then a friend of mine told me about a dive bar in West Asheville that hosted karaoke,” she says. “The people who came to karaoke were old country people. Nobody knew who I was or even cared. It felt safe.” The first song she ever performed in front an audience? Dolly Parton’s “Jolene.”

“Dolly Parton was my spirit animal of sorts,” says Whitworth, whose own singing voice is lower and warmer but just as resonant as Parton’s. “I figured that if I could transform myself into someone like that, then I could do anything. It was like putting on body armor.” 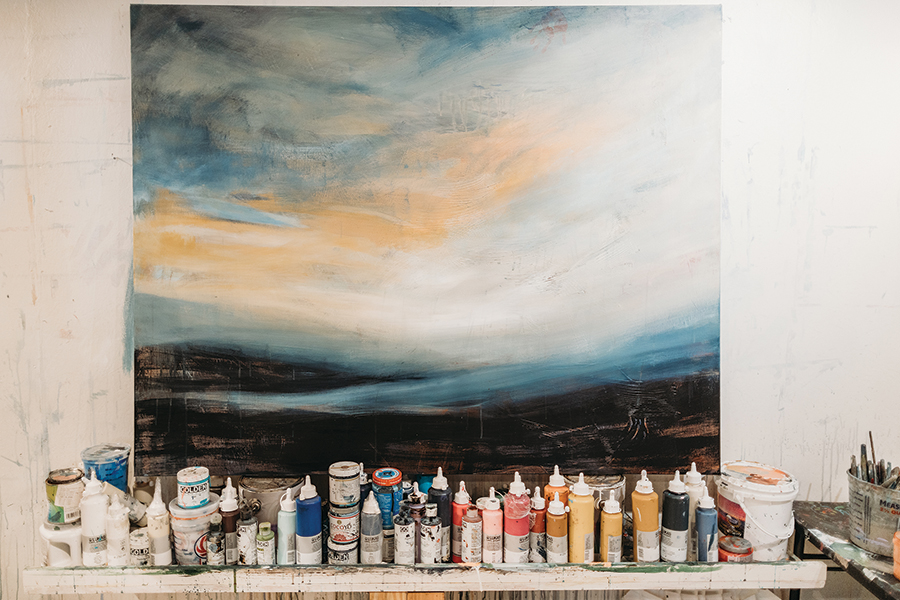 Another major influence while Whitworth was finding herself onstage was Dwight Yoakam, especially his album dwightyoakamacoustic.net, which features him playing his greatest hits with only an acoustic guitar. Whitworth would play his album and record it on a borrowed four-track while recording herself singing harmony and playing accompanying instruments, like mandolin and banjo. She would then layer in her recorded parts with Yoakam’s music. “It was as close as you could get to being in a band with Dwight Yoakam while also being a total weirdo at the same time,” she says.

The first time Whitworth performed with her guitar in front of a live audience was during a jam night at Jack of the Wood in Asheville. That’s also where she met the other founding members of a bluegrass band that would soon become The Biscuit Burners. Over the next few years, the band would go on to release two acclaimed albums while crossing the country on what seemed like a never-ending tour. But despite all the band’s success, it was their first show that perhaps had the greatest effect on Whitworth’s life. On that night, Woody Platt set up the band’s sound equipment. While it would take a while for friendly exchanges to become flirtations and for flirtations to become love, by 2006, Whitworth and Platt were a couple, and Brevard was their home. After years on the road as a touring musician, Brevard felt like a sanctuary to Whitworth. She left The Biscuit Burners and released a spate of highly-praised solo records, and she soon found herself building her life around two things: her relationships with the people she loved and her art.

“Painting reminds me of how I feel when I sing through a microphone,” Whitworth says. “It’s a way of reporting my feelings, and it’s also a place where I can dig deep into healing. It all used to be a way to work through angst.” Since having a child, Whitworth has shifted to creating art from a source of light. “I’m going to a different place when I work now, and I’m still trying to sort that out. I’m learning to use these new tools that motherhood has given me. Sometimes I don’t have the words or the music, but the colors are always there.”

Over the past year, Whitworth’s paintings have found homes with a stable of interior designers across the South, and her work has been featured in galleries and shipped all over the country to private collections belonging to the likes of Edie Brickell and Paul Simon. 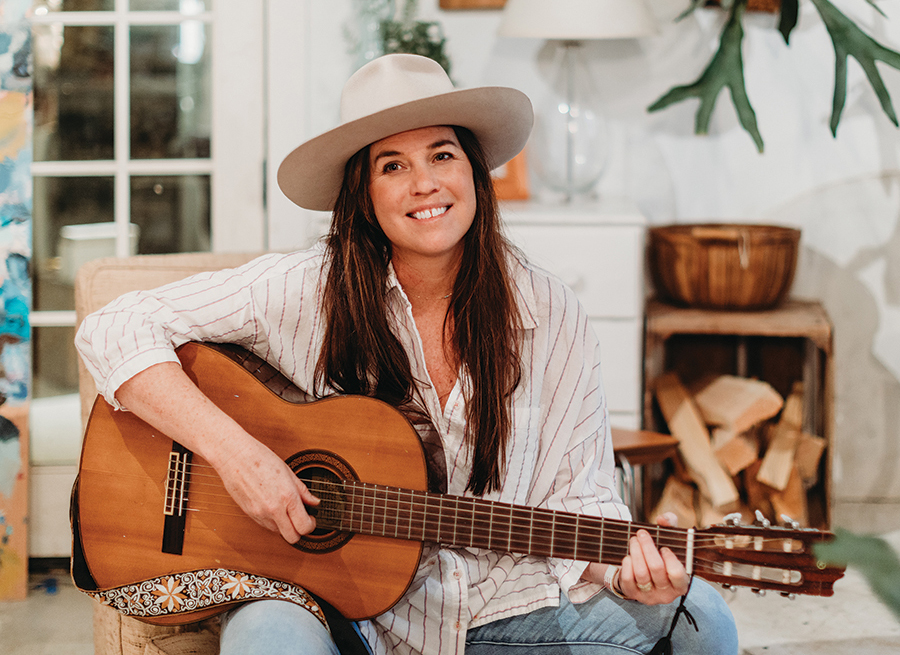 “When I first began painting, all of my art was coastal, but after settling into the land here and having our son, I just started seeing this landscape so clearly, and it’s reflected in my work. I’m living it,” Whitworth says. “People always tease me about believing in magic, but I always tell them, ‘You’ll believe in magic when it finds you.’”

She has risen from her seat at the window, and she is now moving through the house, turning on lamps, their soft light meeting the sound of Patsy Cline’s voice floating from an unseen source somewhere in the kitchen. Whitworth uncorks a bottle of wine and pours a glass.

Whether it’s a lamplit room in Hilton Head, a festival stage on the other side of the country, or a light-filled studio where the dew-damp mountains loom in the distance, Shannon Whitworth has always found magic.

Or perhaps it has always found her.  PS