It has been a little over 10 years since David Michael Wolff loaded his worldly possessions in a U-haul truck and moved to Moore County, hell-bent on starting his own orchestra. Taking a job as musical director at Sacred Heart Catholic Church to keep body and soul (no pun intended) together, he wasted no time creating The Carolina Philharmonic.

“I read a book for young conductors,” says Wolff. “It was a wonderful, wonderful guide on how to build your career. There were five different pathways it outlined. The last way would be to found your own orchestra. The person who wrote this book — a respected conductor — said by no means should you pursue this pathway. Under no circumstances should you try to do this. I thought, I’m pretty hardheaded. This is for me.”

A decade later The Carolina Philharmonic Orchestra, one of the anchors of the renovated Bradshaw Performing Arts Center, will give the opening performance Nov. 8-9, featuring the internationally known violinist Natasha Korsakova and Wolff, performing on BPAC’s newly acquired Steingraeber & Söhne concert grand piano. They will be performing Tchaikovsky’s Violin Concerto and Grieg’s Piano Concerto.

“I wanted to have something that would feature the piano, that would feature the orchestra and would be music that anybody coming to the concert — even somebody who isn’t a big classical music fan — would feel like they were really touched by it,” says Wolff. “I chose two pieces that are two of the most popular pieces in the entire classical canon. The Tschaikovsky Violin Concerto is a searingly romantic piece for violin and is also very virtuosic. It’s full of fireworks. It’s something Natasha will just shine in. And then I’ll be performing Grieg’s Piano Concerto for the keyboard. It’s like a 30-minute piece for piano and orchestra, very romantic in an exotic and wonderful way. It will be a way to show off the piano.”

Korsakova has been a regular featured performer with The Carolina Philharmonic since she and Wolff first played Beethoven’s Kreutzer Sonata together a little over five years ago. “We finished the first movement, it’s monumental,” recalls Wolff. “We’re in the middle of the second movement and suddenly people just started clapping. And I’m, what the heck? And she’d just done this little thing, a tricky, graceful, beautiful thing, and I think she just looked out at the audience and there’s a twinkle in her eye or something, and the entire audience just erupted in applause. I’d never seen anything like it before. To be able to play the violin like that, to express yourself like that but to also be the kind of person who’s so free and so uninhibited and so personable, is a gift. She has this charm about her that transcends her instrument.” 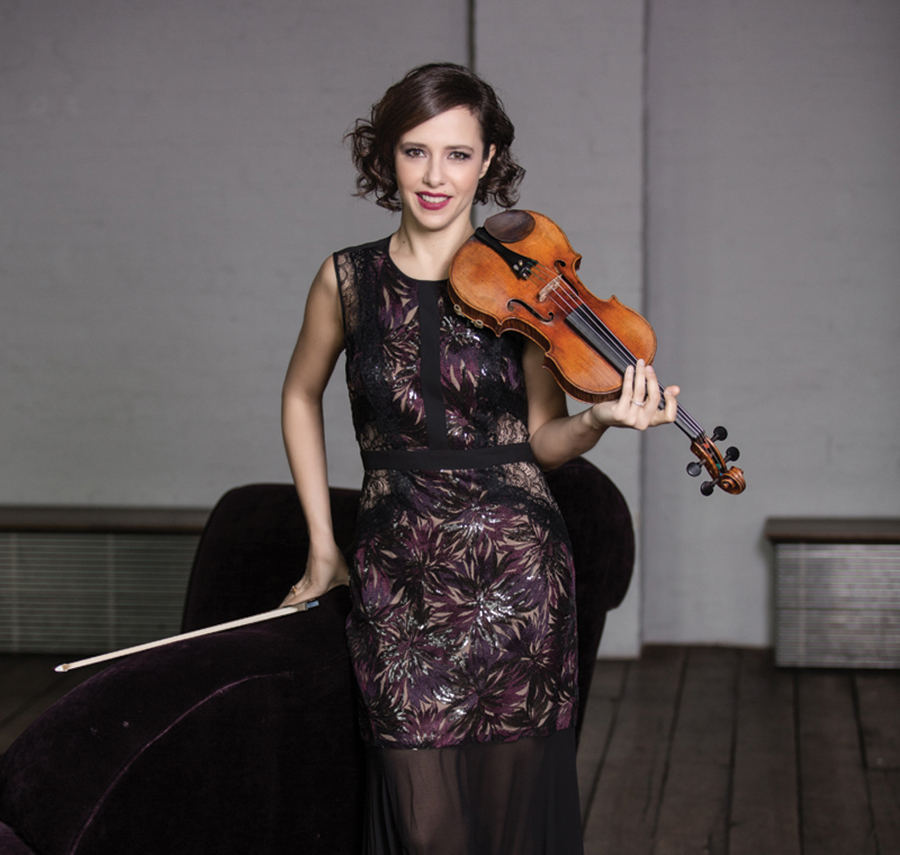 Korsakova, who lives in a small town in Switzerland, was born into music. Her father was the violinist Andrej Korsakov and her mother the pianist Yolanta Miroshnikova-Caprarica. Her first teacher was her grandfather Boris Korsakov, and the composer Rimsky-Korsakov is her great-grand-uncle.

“Literally from the day I was born I was surrounded by music,” she says. “The apartment house where we lived was built for musicians only, so our neighbors were musicians, too. I played piano at 3 years old, with my grandfather — on his lap, actually.”

There was never much chance she wouldn’t be in the family business, though there were flirtations. At 12 she wanted to race Formula One cars. “I had posters of Michele Mouton all over my room.”

In addition to violin, Korsakova studied languages, mastering five, a skill she’s put to use writing two crime novels, Deadly Sonata and the just released Roman Finale. Both feature her recurring detective, Commisario di Bernardo, and take place in the musical world. Written in German, the first has been translated into Czech and Greek but is not yet available in English.

“Crime novels are fascinating by the building of the plot,” she says. “As a violinist, I’m interpreting all the composers. I have music in front of me, and although every interpretation is different, it’s not something created by me from the beginning. Writing a book from the beginning is all mine. To be honest, I failed as a composer. But I haven’t failed at words.”

Wolff appears as a character in the books but has yet to identify which one. “She said I’m going to have to read the books to find out. I said, ‘You’re not going to kill the conductor, are you?’ I think I survive,” he says. “I’m waiting for the English translation. The fact that she’s reinvented part of herself as an author and is making it look easy — she can do amazing things, making it look like nothing.”

If the Sandhills has relished having Korsakova return year on year, the feeling is mutual. “I absolutely love the place and the people,” she says. “I like being in big cities but, for my heart, for my soul, I like small places more.”

The timing of the opening of BPAC — more or less coinciding with Wolff’s 10-year anniversary — couldn’t be better. “The idea for a performing arts center was one of those things that I was dreaming about from the moment I came to town,” says Wolff.

It became Dr. John Dempsey’s dream, too, and then the college’s reality. “We thought all along that David really needs a place to play,” he says. “That center is going to be David’s home.”

Performances at 7:30 p.m. Nov. 8-9 at Bradshaw Performing Arts Center. Tickets start at $30 and are available at www.carolinaphil.org.

Another of the pillars of the Bradshaw Performing Arts Center, the Judson Theatre Company, will help raise the curtain on the revamped venue with its production of Agatha Christie’s Witness for the Prosecution running from Nov. 21 to 24.

“Agatha Christie remains the world’s best-selling author and the world’s most successful female playwright,” says Morgan Sills, the executive producer of Judson, which is concluding its eighth season bringing professional theater to the Sandhills.

“Witness for the Prosecution is a classic wrong man story. She’s wonderful at all the things that are important in a play — plot, characterization, symbolism. It’s got a quadruple twist ending that is different from the ending of the short story that she originally wrote. The reason Agatha Christie started adapting her own work into plays is because other people began doing it and she didn’t like what they did — she thought they were too faithful to what was on the page. Both And Then There Were None and Witness for the Prosecution have endings that are different than in their respective literary sources.”

Starring as Sir Wilfred Robarts, QC, is Alan Campbell, who was nominated for a Best Actor Tony Award when he starred opposite Glenn Close in Andrew Lloyd Webber’s musical Sunset Boulevard. He logged courtroom time playing the assistant DA Derek Mitchell on the CBS crime drama Jake and the Fatman from 1987 to 1992, and also starred in the Tony Award-winning musical Contact. A Homestead, Florida, native, he did some singing for June Taylor while he finished his undergraduate degree in business at the University of Miami. She introduced him to Wayne Newton, who helped him get a contract with Howard Hughes’ entertainment corporation. “So, I was a lounge lizard in Vegas at 22,” says Campbell.

Campbell was working in a bookstore in L.A. in ’81 (“the only really legitimate job I’ve ever had”) when he landed a recurring role on the soap opera Another World. “Kyra Sedgwick was my love interest,” he says. “She was 17 or 18 at the time and had to go to high school, so I worked in the afternoons. Those were interesting days.” 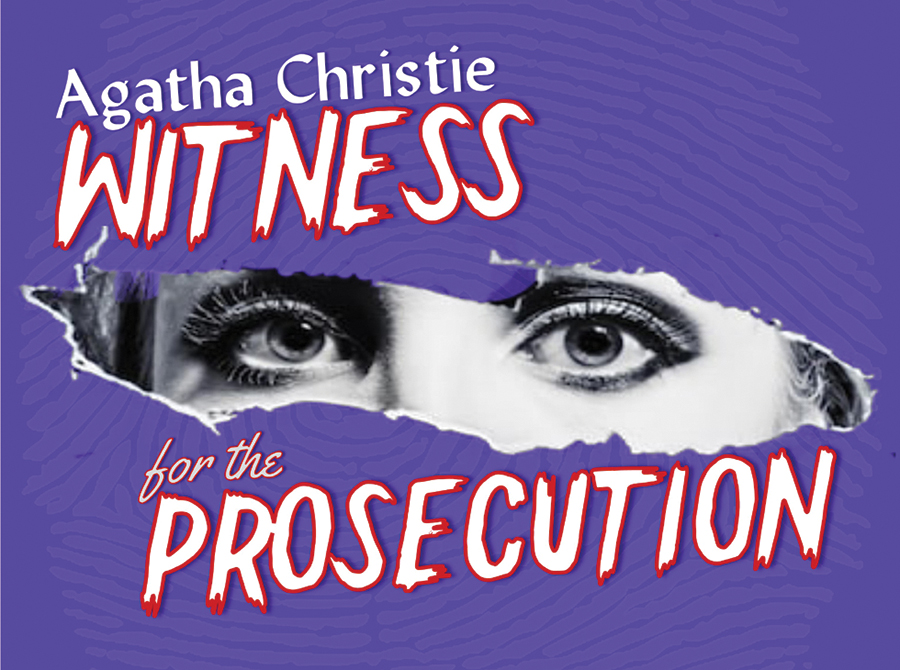 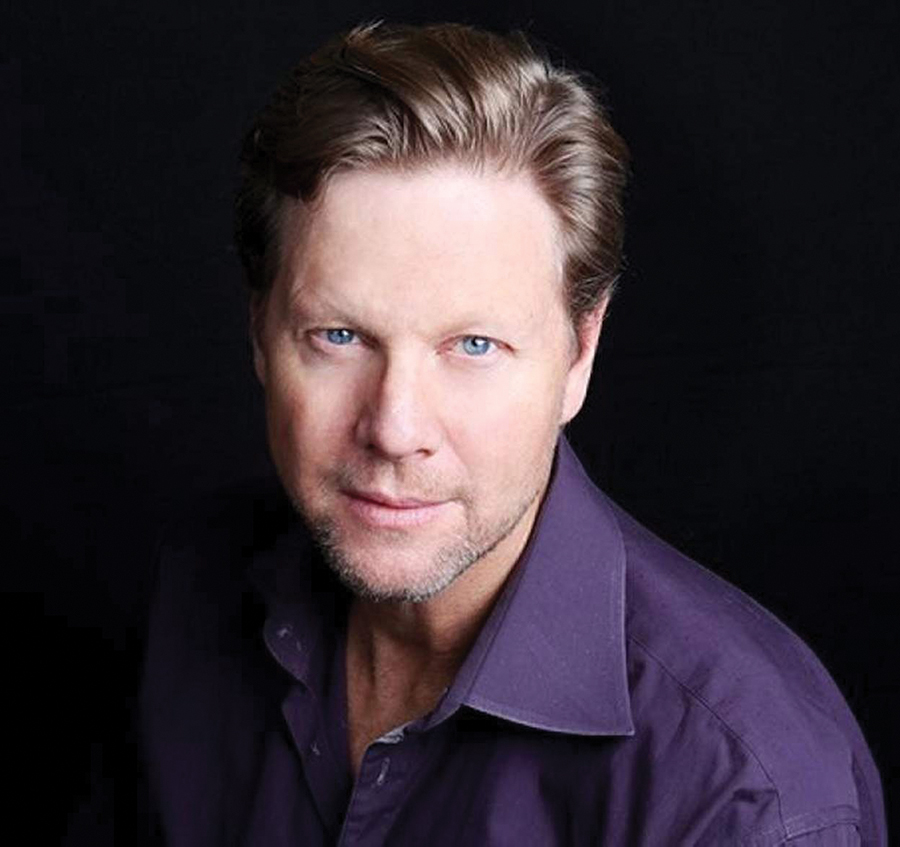 When Jake and the Fatman hit, Campbell says, “I had a Porsche and a house in the Hollywood Hills, but the minute it all went away, I sold the Porsche and sold the house — which I wish I hadn’t.”

During Sunset Boulevard he met and later married the actress Lauren Kennedy, a Raleigh native. In 2008 they started a summer series in North Carolina called Hot Summer Nights. “Our daughter, Riley, had been born,” he says. “It was getting harder and harder to run it remotely. We just basically moved down here.” The couple split up in 2012, and Campbell found himself commuting back to Manhattan. “I got a chance to do Mamma Mia! for a year,” he says. “I did an off-Broadway show called Hello Again.” Campbell met Sills through a mutual acting friend, leading to his appearance in Witness for the Prosecution.

“Alan was really an ideal candidate for that role because of his years stalking the courtroom in Jake and the Fatman,” says Sills. “We wanted someone with a detective series association that we also knew had the theater chops to do justice to a mountain of dialogue and stage business.”

Another “local” actor — and writer — who will appear in Witness is Traci Loper, who moved to the Sandhills a year ago after a 20-year career chasing parts in Los Angeles. Loper grew up in a tiny town in Louisiana northwest of New Orleans. “We got our first stoplight in 1999,” she says.

She moved to Nashville for her senior year of high school, graduated from Middle Tennessee State University, and headed for L.A. in 1998. “I’m going to be the court clerk. I’m excited, one, just to be on stage; but, two, about meeting people. Three, I get to work on my British accent,” she says. “It’s Agatha Christie, queen of crime, right? She’s not about the murder, she’s about solving the puzzle of the murder.”. PS