Where people know people are all the same

Everybody didn’t quite know everybody’s name, but Tony D would have told you to take the over.

Even if you had never been to Tony D’s Sports Café, located in the Connecticut town I’ve called home for two decades, you know it. The beer was cold and cheap, served in generous glasses, and tabs were paid in cash.

The regulars at Tony D’s came from all walks of life. There were mechanics and teachers, plumbers and stockbrokers, policemen and fishmongers, sportswriters and realtors, firefighters and town clerks, nurses and soccer coaches, accountants and car salesmen.

The middle of May, regardless of occupation, we were all feeling sad.

Most of us hadn’t seen Tony in two months, since shortly before the bar closed because of the coronavirus pandemic. Word got around that Anthony Victor DeLibero, recently diagnosed with several serious health issues, had died in the hospital of a heart attack at age 65.

“His bar and baseball were his whole life,” said his obituary, accompanied by a photo of a young Tony D, sporting a mustache and wearing a tie.

It was a much different image than the Tony I’d known for 15 years or so. I never saw him away from the bar, where, regardless of the season, he was dressed in gym shorts, T-shirt, tennis shoes and a ball cap worn catcher-style even though he’d been a pitcher.

Tony loved the New York Yankees, and so did many of his customers. Come the postseason the place would be packed for a Yankees game, most of the couple of dozen televisions tuned to the baseball and some of the most passionate fans wearing jerseys, everything from Thurman Munson’s 15 to Aaron Judge’s 99. Joe brought his childhood Mickey Mantle signature glove, half a century old, for good luck. 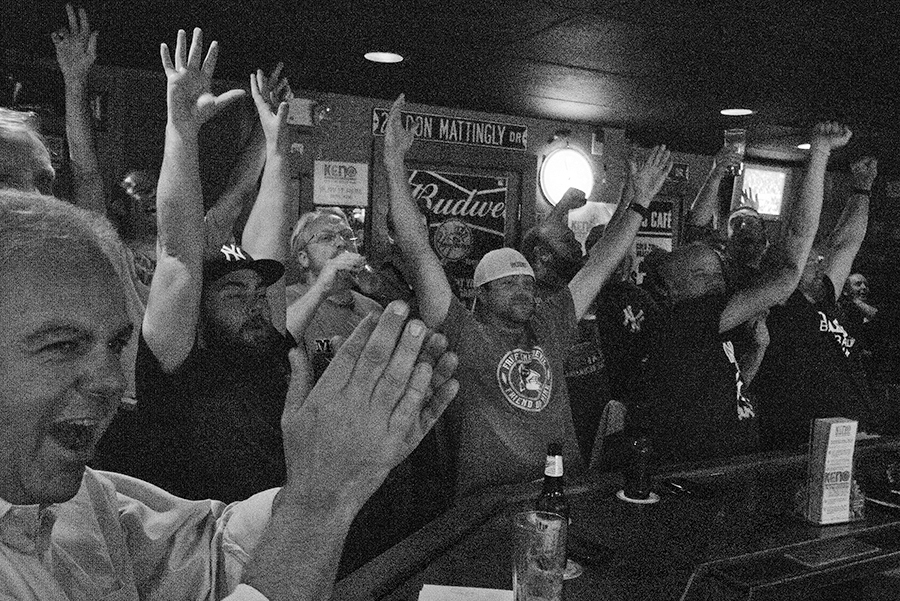 Tony D’s long, narrow space — you could see how it previously housed a hair salon — would get packed during the baseball playoffs or on football afternoons. The last few seasons, Tony opened early on Thanksgiving Saturday so my girlfriend and I could be in position for the noon kickoff of Ohio State-Michigan. Tony made a good Bloody Mary on those occasions, but by the second half his longtime bartender, Laurie, would be there and making her version, perhaps the world’s best.

I loved teasing Tony about that, but I was usually on the receiving end of the barbs. He had long been in the major leagues in that department. Tony could be gruff and profane, but there was something beneath the bluster. If there was an illness or death in the family, his concern was real. Owing to business trips, I might go a few weeks without stopping in for a cold one or two. When I got back, Tony would be glad to see me — as long as I didn’t ask him to put golf on one of the TVs or do an imitation of one of Yankees radio announcer John Sterling’s hokey home-run calls. (“It’s an A-Bomb for A-Rod.”)

Tony passed away May 16, less than 24 hours after one of his longtime customers established a GoFundMe drive to help during what was shaping up as a long recovery. Dozens of folks stepped up quickly and generously, giving nearly $9,000 toward Tony’s business and his medical bills, news that reached him before his death. “He could not believe the outpouring of support from all of you and he appreciated it more than I can express,” reported James, who had launched the fundraiser.

A few years ago, when it looked as if Tony might lose his bar because of landlord issues, I began making a series of photographs of the place and its people. He teased me about that, too, but I think he would be happy about the memories. I know I am.  PS

Southern Pines native Bill Fields, who writes about golf and other things, moved north in 1986 but hasn’t lost his accent. Bill can be reached at williamhfields@gmail.com.