At Bespoke Coffee and Dry Goods

Bespoke Coffee and Dry Goods at the corner of Princess and 2nd streets in downtown Wilmington seemed like a good place to meet my friends and fellow writers Jason Mott and Taylor Brown for several reasons. First, the place is absolutely gorgeous. Huge windows pour light into a high-ceilinged space that is grounded by checkered tile, hardwood floors and countless succulent plants that lend soft pops of natural color to the industrial furnishings. Second, Bespoke’s coffee is just as outstanding as the curated list of local beers they have on tap. Finally, I knew Taylor would already be there, just as he is every afternoon.

I find Taylor at his spot near the register, sitting at the window that looks out on 2nd. When I say “his spot” I really mean it; a small gold plaque on the counter reads This space is reserved for Taylor “The Bodyguard” Brown.

“I spend hours writing here every afternoon,” he says when I ask him to tell me the story of the plaque. “When they first opened, I would stay until closing at 7:00 p.m., and then I would walk out with the staff.” He smiles, looks down at his open laptop where it sits just below the plaque. “They started calling me the bodyguard.”

I have known Taylor since an advanced reader’s copy of his debut novel, Fallen Land, found its way to me in the months leading up to its publication. The novel, which was released in 2016, was a huge success, and it was followed by the novels The River of Kings in 2017 and Gods of Howl Mountain in 2018. He has just recently returned from a long book tour that had him crisscrossing the country. 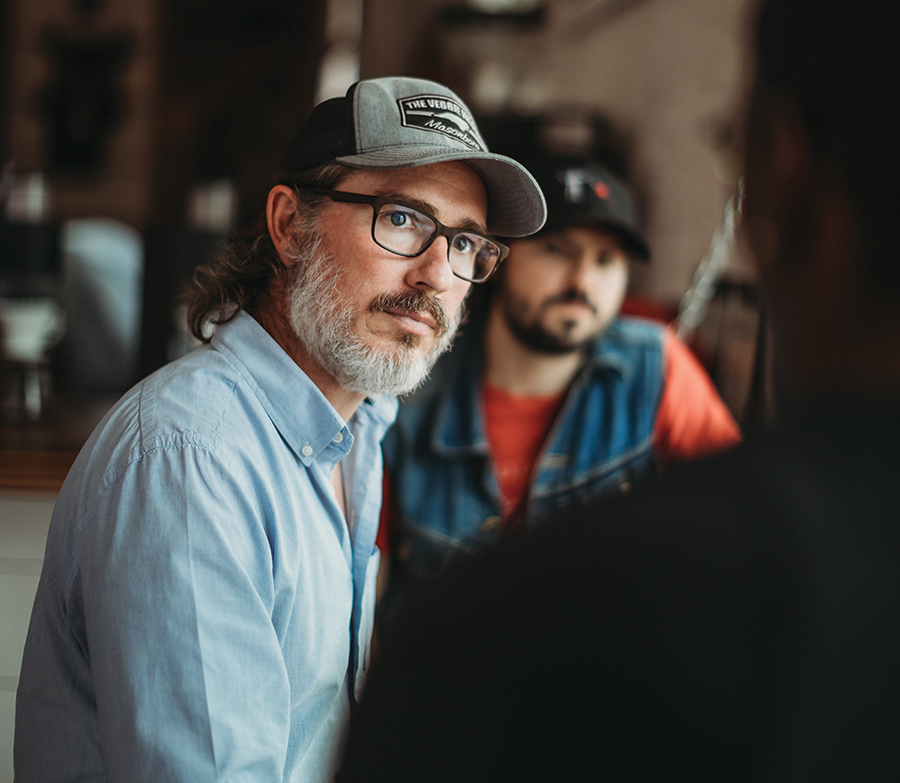 “How are you feeling after all that travel?” I ask.

Jason walks in the door while we are talking. Like Taylor, he has just arrived home from a long book tour himself. We all shake hands, and Jason asks how we are doing.

“I almost died on book tour, too,” Jason says.

I gesture toward the bar.

“Let’s get some drinks.”

We get our drinks — iced coffee for Taylor, water for Jason, and an IPA from Wilmington Brewing Company for me — and grab a table just inside the front door.

I have known Jason since my parents introduced me to him in 2013, when his first novel, The Returned, was released. The book was optioned and produced as a television show for ABC before it was even published, and my mom watched it and loved it, and then she and my dad went to one of Jason’s book signings. She fell for him because of his books, and my dad fell for him because of his cars. To say that Jason Mott is a car enthusiast is an understatement. He buys them, repairs them, modifies them, and races them. My dad had spent much of his young life doing the same. Finally, a writer both my mother and father could support. 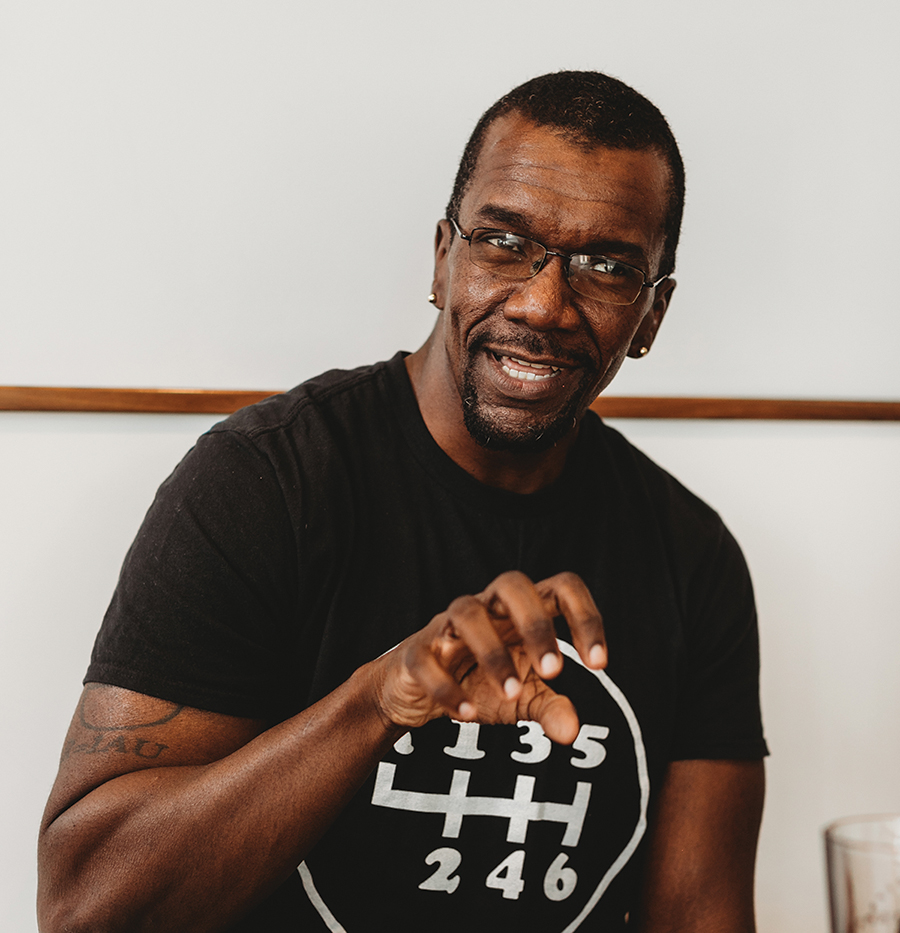 Jason’s second novel, The Wonder of All Things, was released in 2014, and his novel The Crossing was released this spring. I ask him to expound upon his near-death experience on book tour.

“Hospitality driver,” he says. “He almost mowed down someone crossing the street in Seattle. He slammed on the brakes, and I thought I was going through the windshield. He told me he hadn’t seen the guy because he’d been about to pass out.”

“What did you do?” Taylor asks.

“Well, I was starving, and I figured if he was about to pass out, then he might need food. We stopped at Burger King and ate dinner before heading to the bookstore.”

“The glamour of book tour,” I say.

Our conversation quickly turns to surprising, horrifying and hilarious things that can happen when you are on book tour alone, staying in bad hotels, catching red-eye flights, and always feeling like you are supposed to be somewhere else.

“I’m actually working on a novel right now about a writer who goes on a book tour where insane things happen,” Jason says. “I wrote it as a screenplay, and the folks out in Hollywood said it may get more interest if it’s a book first.” 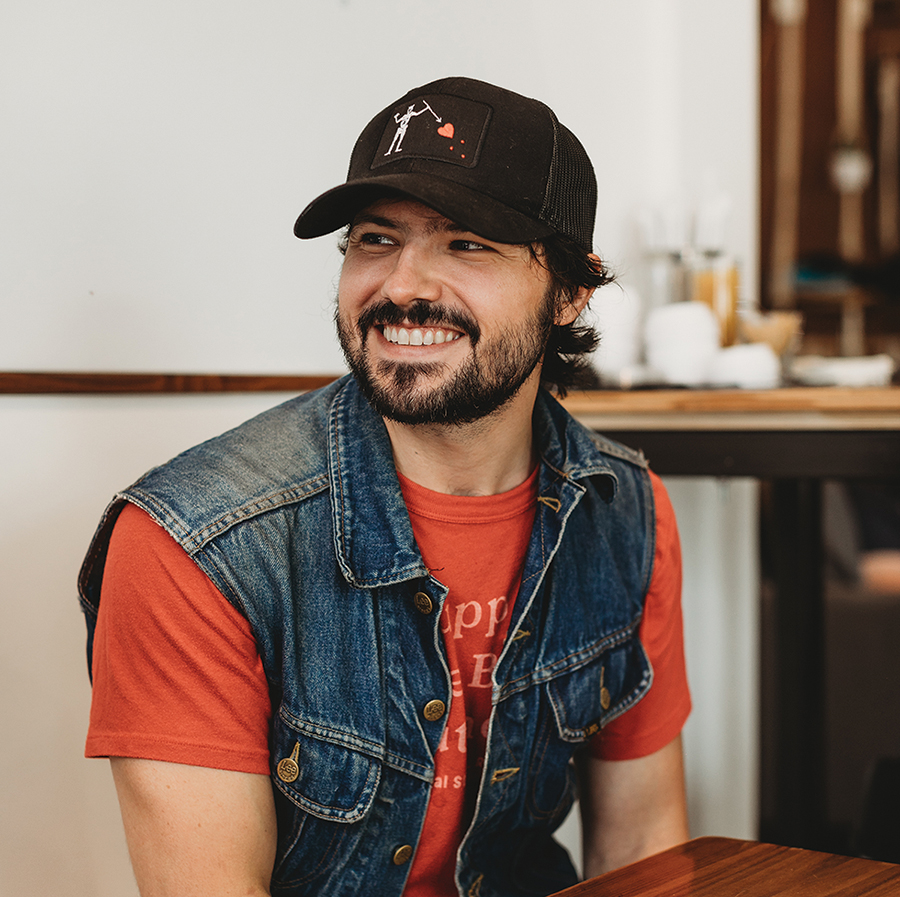 “I’ll read it and blurb it,” Taylor said.

We tell more stories, finish our drinks, and then stand to leave. As someone who drives a toy-littered Subaru Outback with two car seats in the back, I watch Jason leave and try to imagine what kind of car he will be climbing into. Taylor heads back to his seat where his laptop still rests below his plaque.

He smiles and holds up a brass key on his key ring.

I say good-bye and step out into the heat. As I settle into my car and turn on the A/C, I imagine Taylor a few hours from now, closing down his laptop, turning off the lights at Bespoke Coffee and Dry Goods and locking the door behind him, glad to be home.  PS