As Seen in the Sway 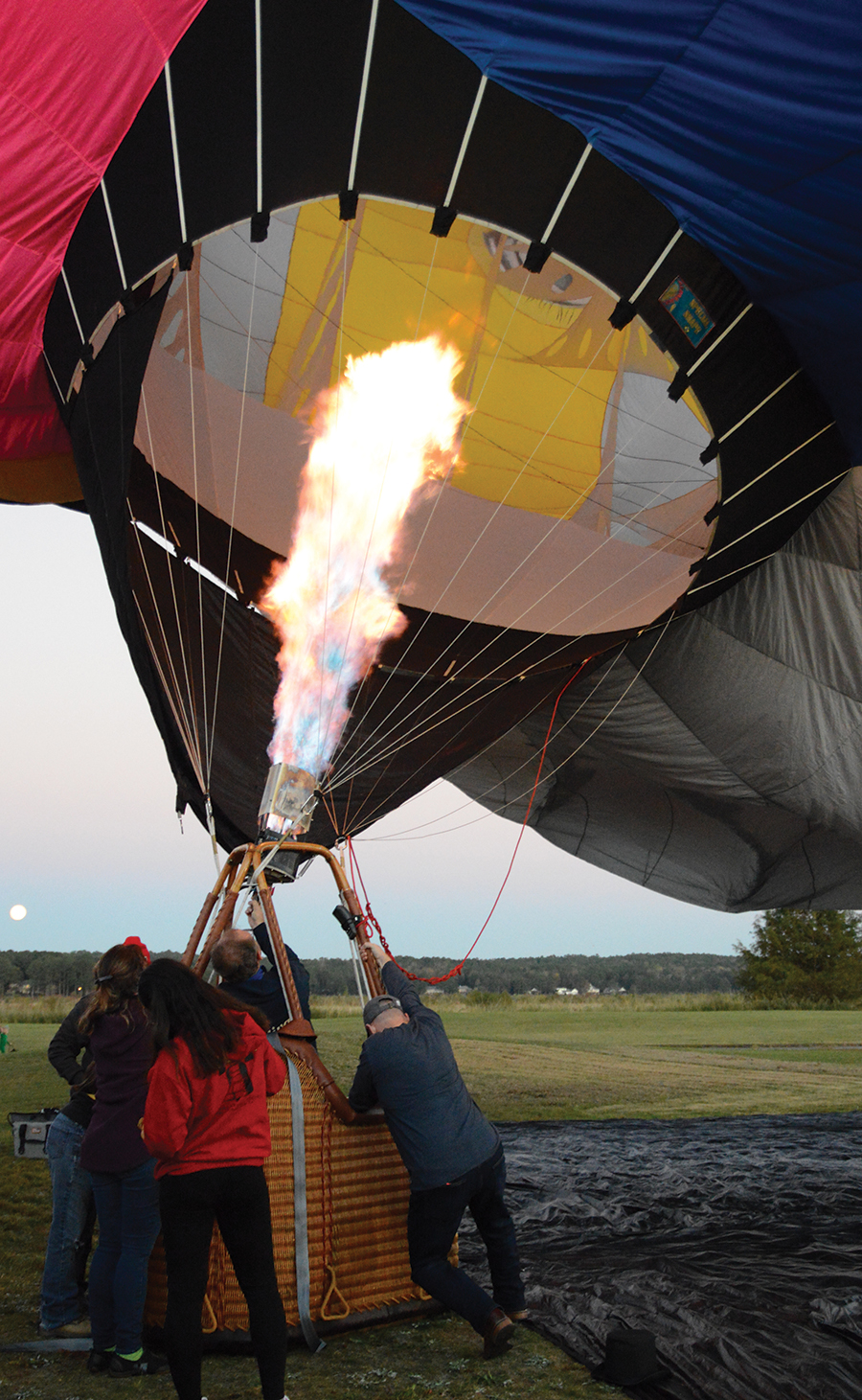 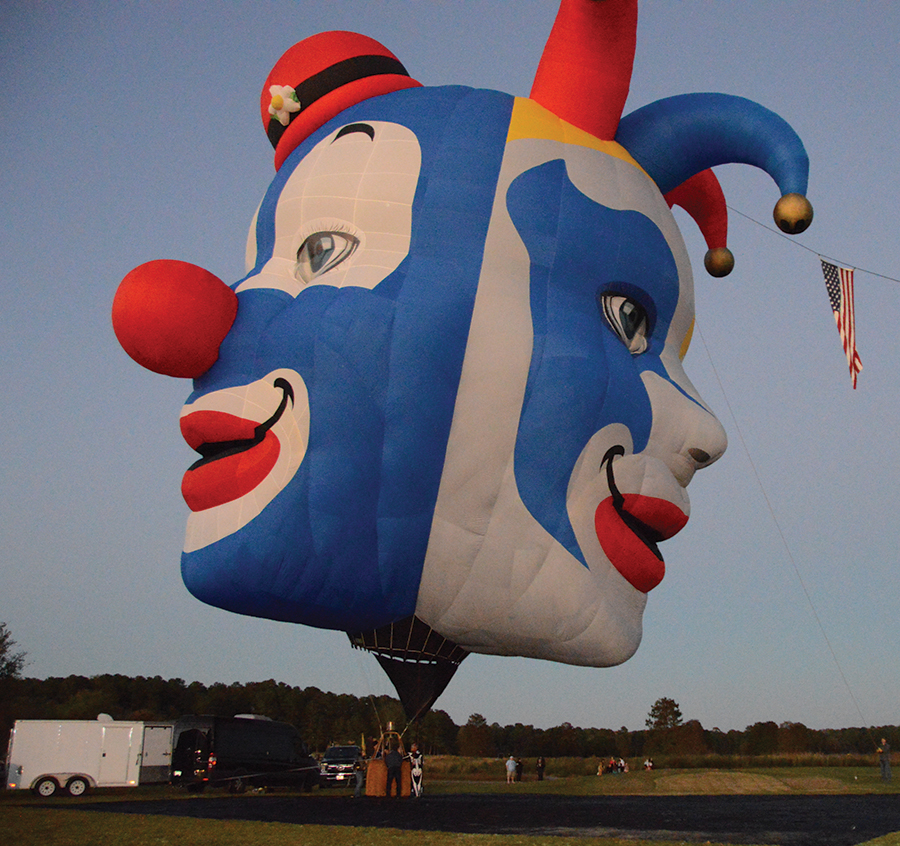 After 17 moves with the Army, Mark Myers may have settled down in Woodlake, but the longtime pilot has no plans to stay grounded. He and his wife, Missy — along with their four kids and their 15-passenger van — are the team behind Balloons Over America, flying 1,500 feet over Cameron, Carthage, Sanford and beyond.

In the four years they’ve owned the business, the couple has towed their balloons to festivals from Germany to Statesville, N.C. They flew passengers 5-10 times a month in their former home of Westminster, Maryland; and this month, they’ll be traveling to a festival in Albuquerque with On the Fly, a balloon in a traditional diamond weave.

You Become the Wind

For Mark, whose resume is filled with 36 years of aviation certifications and awards, learning to pilot a balloon was just one more experience to add to his LinkedIn page. The official FAA certification is “Lighter than Air,” — appropriately named, Missy says, because in the ballon “you become the wind.”

“Every balloon flight is an adventure. You can plan all you want, but the wind may decide it’s doing something else. Sometimes it’s good for us to be a little spontaneous and just go with it.”

If that sounds scary, take a cue from Missy — who’s just a little afraid of heights.

“There’s no wind in your face. You don’t have that feeling of acceleration or deceleration. The air is stable; most people will be 3-6 feet in the air and don’t realize they’ve left the ground. The experience is really unique and different, because it’s not at all what you think.”

Rides for up to four people typically last around an hour, and Mark can take you up in the clouds or keep you low enough for a high-flying bird’s-eye view. As for exactly how long you’ll be up or where exactly you’ll land? Well, you Type A person, that’s a bit out of your control.

“We don’t do many things in our lives anymore that we don’t plan to the last second,” Missy says. “Ballooning lends itself to not being a planned event. Most people, once they’re up, are happy to be relieved of that burden. Everything just seems so peaceful and our repeat customers want to experience that easy, relaxing feeling.”

For a lot of reasons (cost being one of them) ballooning is something most do once or twice.

An hour in Mark and Missy’s balloons will run you $300 per person. Why? Well, look at that big-ass balloon on the ground behind them. They’d have to pay us $300 just to roll that thing up. You’re also paying for fuel, insurance, and Mark’s expertise.