Requiem for a Dolphin

Pondering extinction in a river far away

On February 18, 1914, Charles Hoy, the teenage son of an American missionary in the Hunan Province of China, went duck hunting on Dongting Lake, an offshoot to that country’s longest river, the Yangtze. Instead of procuring waterfowl that cold winter day, young Hoy shot and killed an unusual freshwater dolphin. A naturalist at heart, Hoy kept the skull of the dolphin as well as several photos documenting his trophy, which he presented to the Smithsonian Institution upon his return to America.

Gerrit Miller Jr., a scientist at the renowned museum, examined the skull and declared that it belonged to a new genus and species of dolphin, which he christened Lipotes vexillifer in 1923. The name Lipotes comes from the Greek word lipos meaning “fat,” and the difficult-to-pronounce species name vexillifer is Latin for “flagbearer.” Scientific jargon aside, the dolphin is commonly known as the Yangtze river dolphin or baiji (pronounced Bi-gee).

Fast forward 83 years later, to December 2006, when our research vessel pulled into the enormous port city of Wuhan, China, along the shores of the Yangtze River. The city, with a population of more than 11 million people, was still many years away from achieving notoriety as the origin of a global pandemic that continues, as of this writing, to cripple economies and destroy lives.

At the time, despite it being a city larger than New York City, few Americans had ever heard of Wuhan. I confess to only having a vague understanding of where the city sat geographically within the vast country of China before that trip. I had traveled to the bustling city to join a team of two dozen scientists, gathered from around the world, to conduct a survey of the Yangtze River for the dolphin. 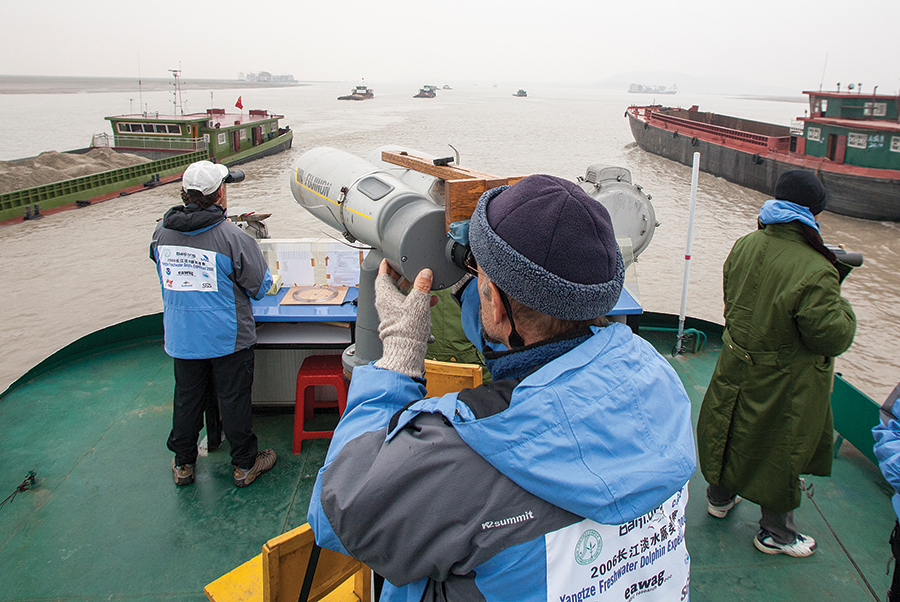 Since the species description in 1923, a major revolution and world war had prevented Western scientists from studying the unusual animal in more detail. In 1979, China opened its borders to the outside world, and the first surveys were conducted for the dolphin. A joint team of Chinese and European scientists found the baiji to be exceedingly rare and determined that only a few hundred individuals occupied the Yangtze, the only place in the world where the species is found.

By the time of our survey, it was estimated that the entire population numbered just a dozen individuals, and the baiji was widely considered the most endangered large animal on the planet.

Most people know dolphins, in particular the bottlenose dolphin, from attractions at large aquariums such as Sea World, or (if you are of a certain generation) television shows like Flipper. But few would recognize the baiji as a dolphin. With a long snout filled with scores of needle-sharp teeth, small beady eyes, broad flippers and a tiny fin on its back, the animal looks downright prehistoric.

For six weeks, our research boats, using high-powered binoculars and towing sophisticated underwater hydrophones to record any sounds the dolphins might make, combed the Yangtze River from one end to the other. Twice. We failed to see a single dolphin.

The Yangtze River is the third longest river in the world, behind the Amazon and the Nile, and has dozens of tributaries (most of which are dammed) and two main, large lakes. Aside from its wide mouth near Shanghai, the Yangtze is a relatively narrow river, averaging just over 1 mile in width throughout its course. It is entirely possible we missed an individual baiji or two but, considering the amount of effort involved and the thoroughness of the survey, it seemed unlikely a sustainable population remained in the river. 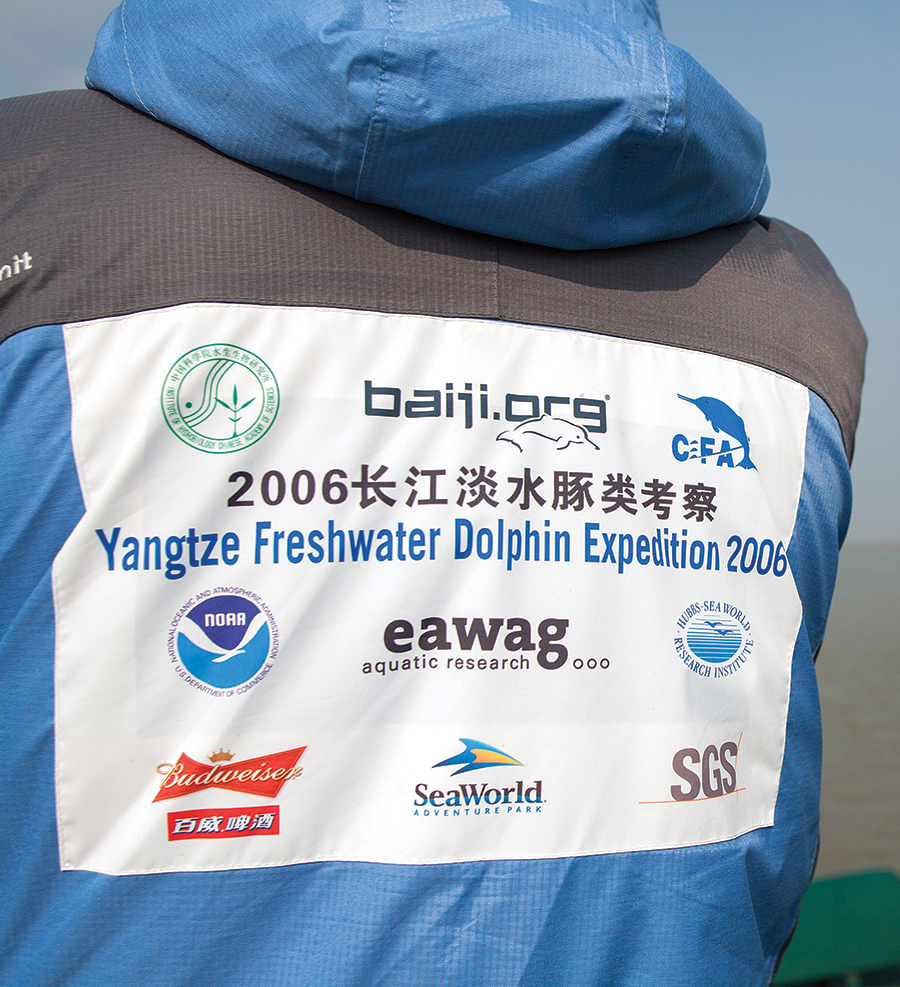 The results of our survey were published the following year declaring that the baiji was likely extinct in the wild. One of the lead scientists, Samuel Turvey, published a book, Witness to Extinction, chronicling the events of the survey. For a brief time, media outlets ran stories on the demise of the dolphin, both online and in major newspapers. But within a few weeks, the baiji was largely forgotten. The chances are good that — other than its mention here — you have never even heard of a baiji.

Extinction is something that we are taught in elementary school. We know that dinosaurs once walked this planet, and that wooly mammoths are relics of the last Ice Age. But the concept of extinction happening today remains a bit abstract and insignificant.

The loss of the baiji had no effect on global stock markets. There are no days marked on our calendars commemorating its demise. All that is left of the baiji’s time on this planet are a few dusty skeletons and remains preserved in vats of formalin, scattered in museums around the world.

In the nearly 100 years since the baiji was described, we still know virtually nothing about it. Basic questions about its home range, preferred habitat, what it liked to eat, even its average lifespan remain unanswered. What is more certain, the dolphin was a part of the vast tapestry of life unique to this planet, and its untimely demise should provide food for thought. It simply lived its life trying to survive and provide for its own, just like the rest of us.   PS