Among Kings and Killers

Abundant life on an island at the end of the world

Words cannot describe it. Photographs will never do it justice. It has to be experienced, firsthand, to fully appreciate the sheer scale and magnitude. Standing before me, as far as the eye could see, were thousands upon thousands of penguins, all packed tightly together, each bird over 3-feet tall and weighing 25 pounds.

The immense rookery was full of frenetic energy, with birds constantly coming and going, tending to young, and greeting one another with rapid head nods and throaty, guttural calls. It was a complete sensory overload, a bit like standing in the middle of Times Square during a pre-COVID rush hour. I was on one of the most remote spots on the planet, about as far away from humanity as one can get, witnessing one of Earth’s greatest wildlife spectacles.

Lying just north of Antarctica and surrounded by the nutrient-rich waters of the southern Atlantic Ocean, South Georgia is a crescent-shaped island, 100 miles long, and full of rugged, 10,000-foot tall snowcapped mountains. A British territory, the island was first observed in 1675 by London-born Antoine de la Roché, whose ship had been blown off course while traveling from South America to England. 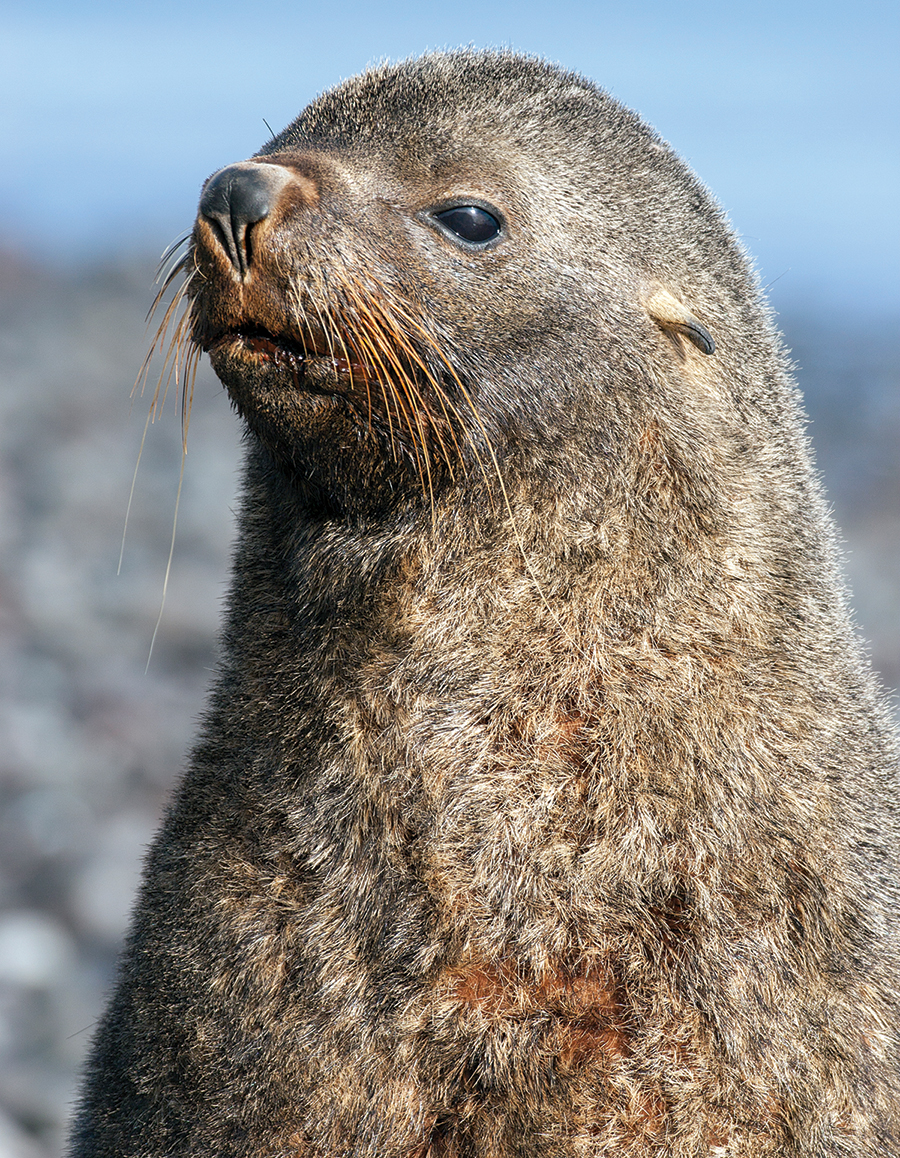 The 150,000 pairs of king penguins stretched from the shoreline all the way up the side of a mountain that was flanked by two broad, icy glaciers. The rookery on Salisbury Plain, near the northwest corner of South Georgia, is the largest on the island and one of the largest in the world.

King penguins are the world’s second largest species of penguin, surpassed only by their close cousins, the emperor penguins, who prefer to nest on the icy continent of Antarctica just to the south. Their regal-like plumage, befitting their common name, is composed of a layer of densely packed black and white feathers (to help shield against the cold) and a brilliant orange facemask.

Working as a naturalist for a tour company that specialized in travel to remote locations around the world, I had landed on the beach earlier that morning with 10 other passengers. As we carefully made our way along the sandy shoreline, dodging a caravan of penguins returning to the beach from an offshore foraging venture, we paused to watch a pair of massive southern elephant seal males (so named for their immense noses) bellow territorial warnings to one another.

Southern elephant seals, like king penguins, are creatures of superlatives. As the largest seal on the planet, males can grow to 16 feet in length and reach weights of 4 tons.

Scattered among the elephant seals and penguins are hundreds of Antarctic fur seals. Most were sleeping, stretched out on their bellies on the sandy beach, but some were sitting high up on tussocks of tall grass, surveying their surroundings. Looking a bit like domestic dogs, with dense fur coats, small heads and pointed snouts, Antarctic fur seals, as well as the larger elephant seals, are living testaments to the resiliency of Mother Nature. 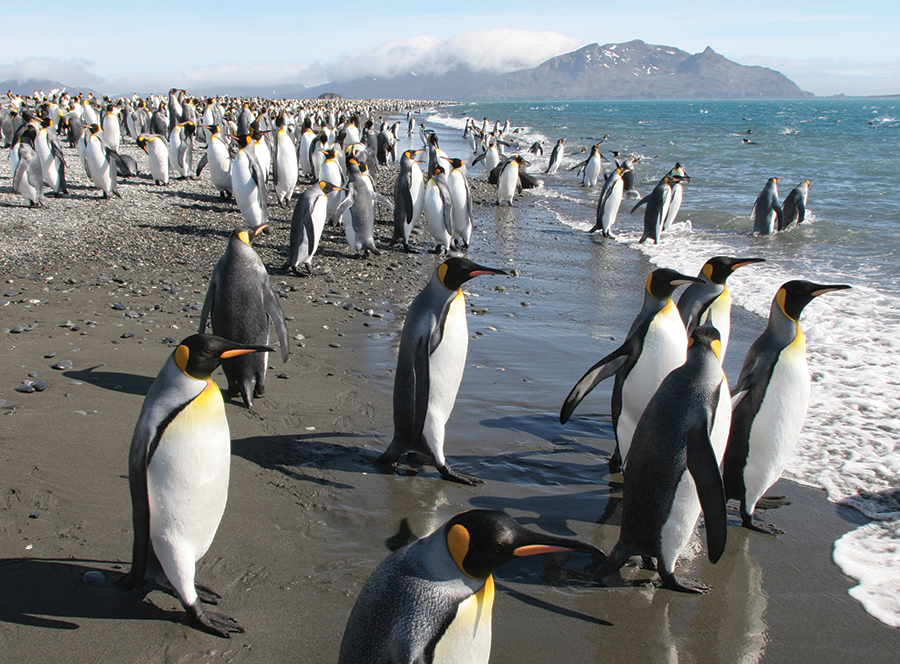 When the famous sea captain James Cook landed on the island in January 1775, claiming it for the British crown and naming it after King George III, he found the land to be barren and inhospitable. However, he reported on the vast numbers of seals found along its rugged shores. Within five years, commercial ships from Britain and the United States descended upon the island in droves to hunt and harvest the abundant pinnipeds.

Elephant seals were killed for their oil and the fur seals harvested for their coats. In just a single year, one British vessel took 3,000 barrels of oil and over 50,000 fur seal skins. That kind of hunting pressure was not sustainable, and soon seal populations were nearing total collapse. Commercial sealing activities folded because there were simply not enough animals left alive to the make the business profitable. In 1972, international laws were established to protect marine mammals around the world, and since that time, populations of elephant seals and fur seals have made a remarkable recovery.

As we toured the immense penguin rookery, one young fur seal caught my eye. Unlike the other seals on the beach, which were dark brown, this one was a striking honey-blond color. This pale condition, likely a recessive genetic trait akin to albinism, is rare in fur seal populations and occurs in just 1 percent of the population. Our group stopped and aimed long telephoto lenses at the youngster, who seemed just as curious about us as we were about him.

Glancing out to sea, just beyond the blond fur seal, I caught sight of another superlative creature flying high above the waves. With a wingspan approaching 12 feet, the wandering albatross is Earth’s longest-winged flying bird, inspiring generations of sailors with its immense size and ability to glide effortlessly through the air in the strongest of gales. Later in the day, we would stop on nearby Prion Island, a small islet in the bay, to observe wandering albatrosses on their nests. 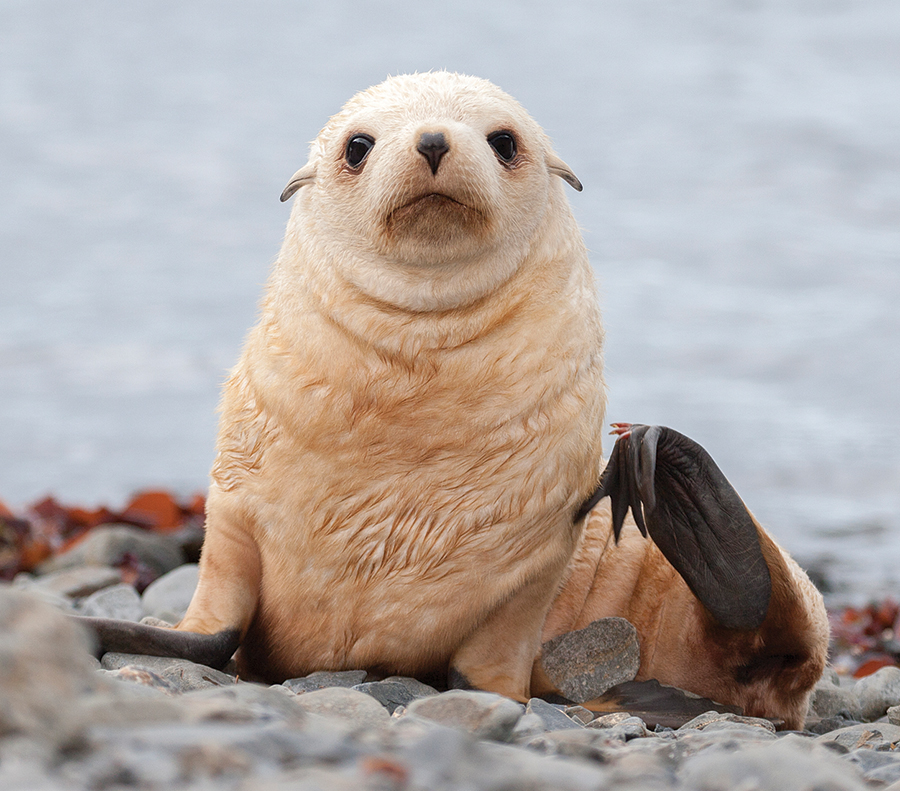 Albatrosses, penguins and seals, oh my. South Georgia is truly one of the great wildlife meccas on the planet. Even the waters surrounding the island host a tremendous diversity of life. Just the day before, as our ship approached the island from the west, we stumbled upon one of the greatest concentration of marine creatures I have ever seen in 25 years of sailing the high seas.

Under a brilliant blue-sky day, with only a light breeze blowing across the surface of the ocean, we stumbled upon an immense gathering of whales. As far as the eye could see, the tall blows of fin whales, the second largest animal on the planet (capable of reaching lengths over 80 feet and 70 tons), rose above the surface of the water. Dozens of the immense creatures were in view at any one time. Scattered here and there among the fin whales were rotund southern right whales and the occasional humpback whale.

As our ship transited carefully through the area, a long line of seabirds, consisting of prions, petrels and albatrosses, followed. A small group of hourglass dolphins rushed over to play in the wake left behind by the moving vessel. Life was everywhere.

We had crossed the Antarctic Convergence, a zone where the cold currents from Antarctica meet the warmer waters of the Atlantic Ocean. The meeting of these currents can vary from year to year and our ship just happened to be in the right place at the right time. 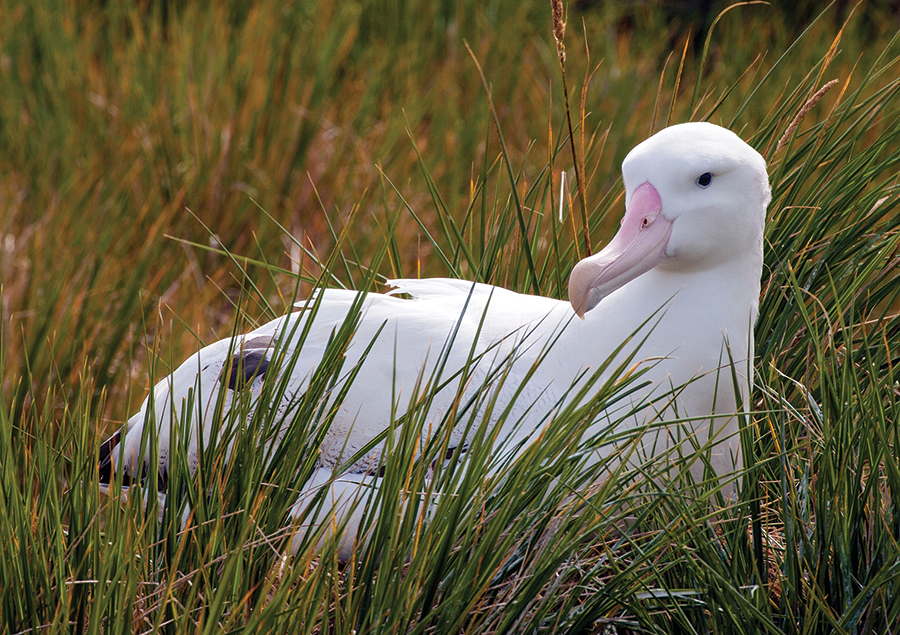 The sighting of the day happened just after noon, when a large group of killer whales approached the ship. Killer whales (a bit of a misnomer, as they are not actually a whale but rather the largest member of the dolphin family) have striking panda-like black and white markings, and when a mother and her calf surfaced close to the bow of the ship, numerous oohhs and aahhs erupted from passengers and crew alike. The group of 20 or so killers accompanied the ship for the better part of an hour and left a lasting impression on all those onboard.

I frequently look back at the images I took during my time around South Georgia. To witness such an abundance of wildlife, especially during this day and age, when so much of the natural world is feeling the negative effects of humanity, was an extraordinary privilege. It also offers a glimmer of hope for the future. If our society — all seven billion of us — can achieve the economic and political resolve to mitigate the decline of the natural world, humans and the other wild creatures that call this planet home, will flourish.  PS

Naturalist and photographer Todd Pusser, who grew up in Eagle Springs, N.C., works to document the extraordinary diversity of life both near and far. His images can be found at www.ToddPusser.com. 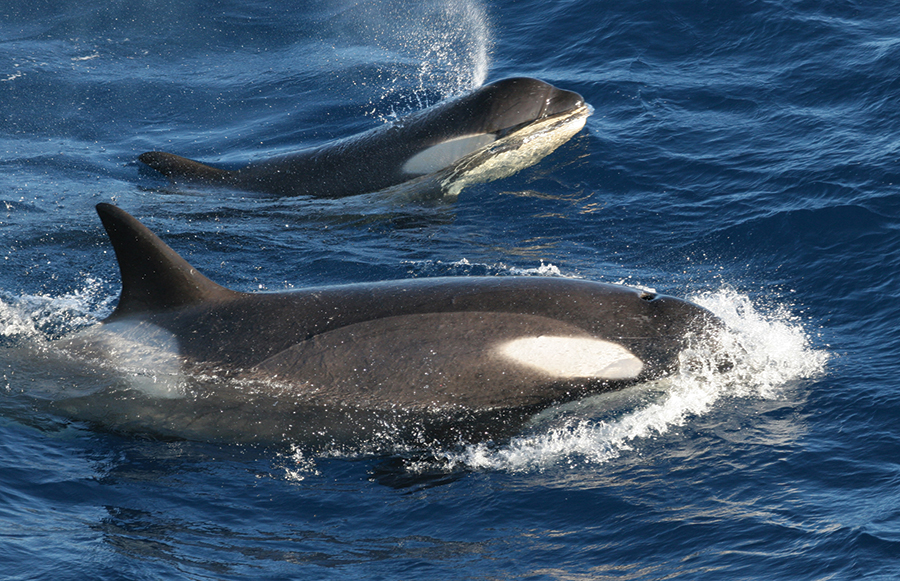