The Natural History of Pumpkins

Pumpkins have always evoked strong memories of childhood and my Moore County home. I vividly recall each fall season my parents taking me to view the giant pumpkin display at the county fair in Carthage. I would stand dumbfounded, staring at the enormous behemoths weighing hundreds of pounds, and wonder how on earth a vegetable could grow so freakishly large.

As October rolled around, pumpkin decorations plastered the halls of West End Elementary School. My class would gather in the library to watch Ichabod Crane dodge a flaming pumpkin tossed by the Headless Horseman in the old 1949 cartoon The Legend of Sleepy Hollow. Speaking of cartoons, I’m pretty sure I can repeat every line from Linus’ Halloween ritual of waiting through the night, in his most sincere of pumpkin patches, for treats from the mythical Great Pumpkin. Thank you, Charles Schulz.

However, it was Otis Boroughs who really sparked my interest in pumpkins. Otis grew several acres of pumpkins, and throughout the 1980s, he, along with his wife, Nancy (who happened to be my kindergarten teacher), hosted an incredible jack-o’-lantern display each Halloween. People would travel from all over the state to their farm in Eagle Springs to see his artfully carved faces of famous cartoon characters, sports mascots and wild creatures. It was a magical feeling, standing beneath starry skies, staring at the flickering light dancing from the jagged cuts of dozens of pumpkins. Heat, given off by candles deep inside the large, orange orbs, created a scent of warm pumpkin pie that permeated the night air.

Realizing how much I liked the pumpkin display, Otis and Nancy invited me over one Saturday, to teach me how to carve jack-o’-lanterns. This was long before the days when you could buy mass-produced pumpkin carving kits at Walmart. For much of that afternoon, Otis, using a special handsaw, patiently taught me how to carve Mickey Mouse and the Demon Deacon mascot of Wake Forest University (my father, a fan, was dismayed when I later attended the University of North Carolina in Chapel Hill). Otis sent me home with a couple of large pumpkins to practice on, and from that day forward, I was hooked on carving jack-o’-lanterns.

When Otis and Nancy finally retired from showing their jack-o’-lanterns to the masses, I wanted to continue the tradition, so I took up the baton and started my own pumpkin show nearby. As well as traditional scary faces, I cut everything from Star Wars characters to rattlesnakes into the orange gourds, some years carving as many as 200 jack-o’-lanterns. 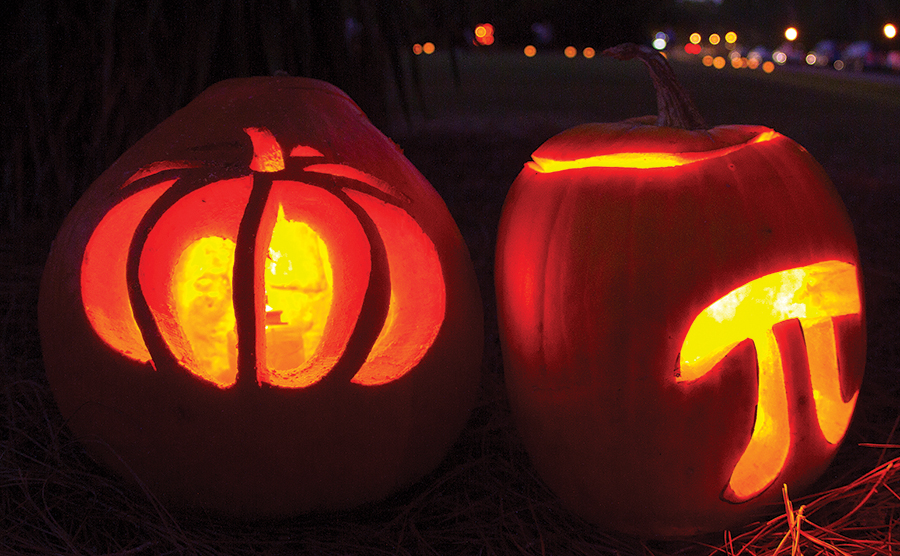 The simple act of placing a candle inside a carved pumpkin has long been a staple of Americana. According to Cindy Ott, author of Pumpkin, the Curious History of an American Icon, one of the first illustrations of a pumpkin jack-o’-lantern appeared in an 1867 edition of Harper’s Weekly. The image depicts a trio of young boys lifting up a carved pumpkin with triangle-shaped eyes, a triangle nose, and a jagged mouth, to the top of a fence post on a family farm. The candlelight emanating from the sinister face appears to frighten two young girls (perhaps their sisters) and a small dog walking down a dirt path.

Today, pumpkins are the quintessential symbols of the fall season, like conifer trees are to Christmas and rabbits are to Easter. Pumpkin pie is a prerequisite for a traditional Thanksgiving dinner. Images of pumpkins adorn horror movie posters and the covers of children’s books. In recent years, a pumpkin spice craze has swept the country, due in large part to the popularity of Starbucks lattes featuring the mix (typically a blend of clove, cinnamon, nutmeg, and ironically, very little, if any, pumpkin). One can find hundreds of pumpkin spice products, everything from beer to granola and doughnuts to potato chips, in the aisles of grocery stores come October. There is even such a thing as (blech) pumpkin spice toothpaste.

Yet, for all its cultural familiarity, have you ever stopped to think about exactly what a pumpkin is or where it comes from?

It is a common misconception to think of a pumpkin as a vegetable. (I even refer to pumpkin as a vegetable at the beginning of this piece, but hey, I was only a kid, so what did I know?) Pumpkins, by botanical definition, are a fruit, just like apples, bananas and berries. They are essentially a seed case covered in a wall of flesh (the plant’s ovaries), formed when the flower of the plant is fertilized through pollination. Vegetables, like lettuce and celery, are just the non-fruit part of plants, such as leaves, stems and roots.

Pumpkins are herbaceous vines of the gourd family found within Cucurbita, a genus of plants that contain well over a dozen species. The true ancestors of pumpkins looked nothing like the head-shaped, orange globes we all know and love today. Originating in Central America and Mexico, early pumpkins were small (just a few inches in diameter), thin, hard-shelled gourds. Archaeologists found 10,000-year-old domesticated pumpkin seeds in the Oaxaca Highlands of Mexico, making them among the first plants to be cultivated by humans in North America. 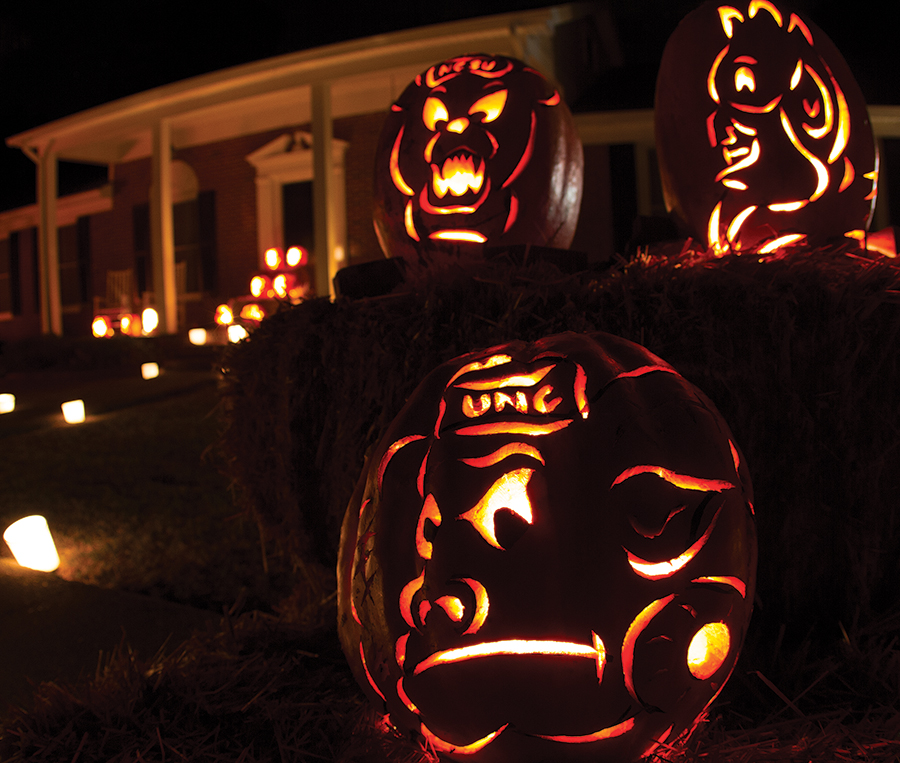 Since that time, Cucurbita have been selectively bred into many of our grocery store staples, such as zucchini, acorn squash, yellow squash, butternut squash, and, of course, pumpkins. The sheer number of pumpkins cultivated today is mind-blowing. With catchy names such as Ghost Rider, Casper, Sugar Baby, Big Mac, Jack Be Little, and Possum-nosed (a personal favorite), pumpkins come in an infinite variety of colors, shapes, and sizes. Some are even larger than small cars. Consider the current Guinness World Record Pumpkin, which, at a hefty weight of 2,624 pounds, is 600 pounds heavier than a Mitsubishi Mirage.

Of course, if it were not for pollinators, we would not have any pumpkins, or any of our food crops for that matter. The primary, natural pollinators of pumpkins are bees, especially squash bees of the genus Peponapis. Like most native bees, squash bees are solitary and nest in the ground. Typically, they forage for nectar and pollen at pumpkin plant flowers during early morning hours. To help increase yield, farmers often enlist the aid of honeybees, a species native to Europe, to help supplement pollination of pumpkin crops.

Unfortunately, in recent years, honeybees, as well as one-quarter of North America’s 4,000 species of native bees, have seen dramatic declines in their population numbers. As to why so many pollinators are being affected, scientists are not exactly sure. It is likely due to a combination of factors, including the increase use of pesticides, extensive loss of habitat, and a warming climate.

One thing is more certain. Pollinators keep this planet functioning, and without the services they provide, free of charge, crops would fail, ecosystems would falter, and Earth, in general, would be less habitable.

That is a thought more scary then even the most frightening of jack-o’-lanterns.  PS