Everything a golfing family needs under one roof

Color this scene serene. Jana Van Paris, a lovely blonde wearing white pants, white shoes, a white shirt covered by an oatmeal sweater, sits back against a dining room chair upholstered in the same shades. The entire house — except for her husband, Todd’s, navy blue office/study — is painted a soft, glare-free white, the exterior bricks, French vanilla. Other furnishings, for the most part, continue gradations of this neutral mode.

Color, when it appears in crewel and Oriental rugs or upholstery, tends toward muted blues and dusty apricots. After an elongated black and white checkerboard foyer, floors are dark-stained hardwood in stunning contrast to the white. 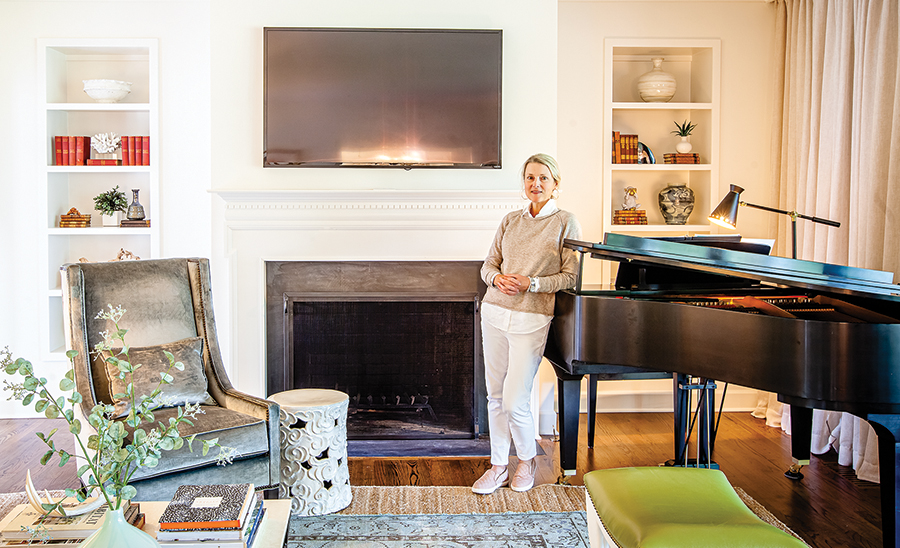 This sets the scene for comfortable formality.

How many families sit down to weeknight meals on a mirror-topped dining room table that reflects a crystal chandelier worthy of a ballroom?

In contrast, this serene mode is regularly interrupted by the happy noise of teenage boys — lots of them — who spill out of the rec room that has a putting green built into the carpet. Because golf is the overriding operative in this home on 5 acres, facing the sixth green of the Cardinal Course at the Country Club of North Carolina. Todd and Jana play. Their son Jackson, 16, trails a string of national titles after his name. His golf buddies from around the U.S. and abroad stay in a bunk room over the garage.

In parts and whole, this house exists to satisfy the particular needs of one family. Yet unlike other golf palaces in gated communities, modesty rules: no trophy case, no framed photos with luminaries, although, Jana admits, plenty are in storage.

Jana grew up in a different environment, on a cattle, cotton and soybean farm in Alabama, which her family has operated for five generations. She was restless. “I wanted to see what was out there,” she says, and took a degree in business. Her position with an international pharmaceuticals firm included travel. 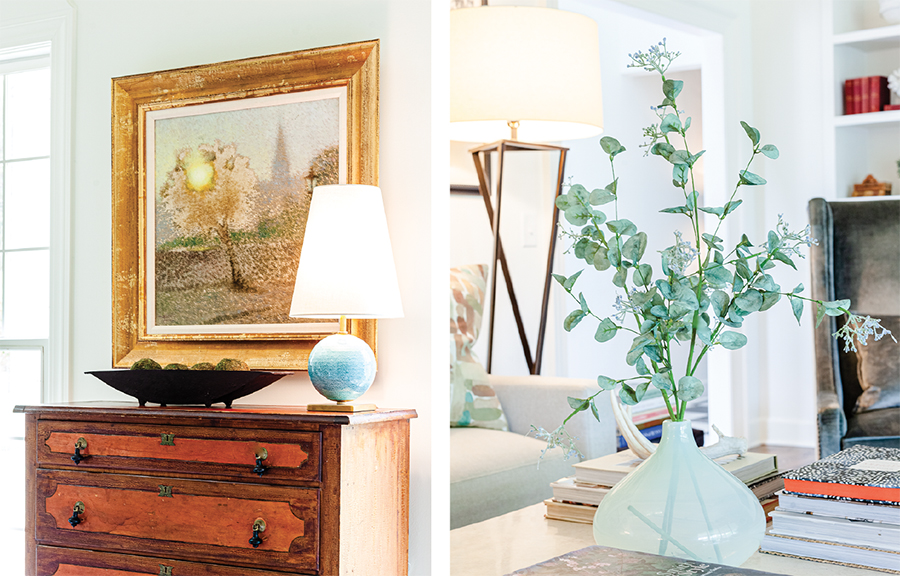 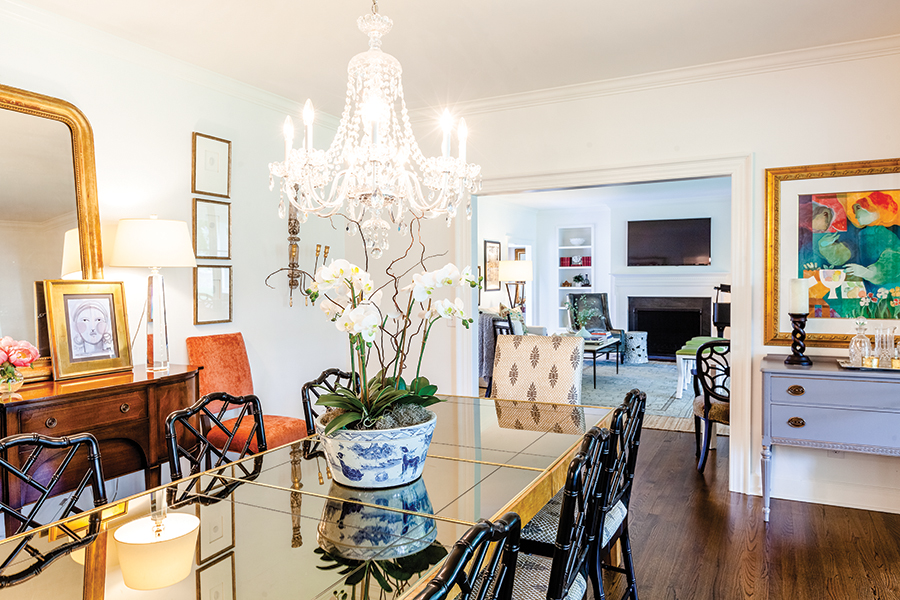 “That’s how I met Todd, through business.”

Until 2017 the Van Paris family lived in a Chicago suburb, with a vacation home in Pinehurst. Chicago weather isn’t conducive to year-round golf. Besides, “We wanted out of the corporate world,” Jana says. “All the stars were aligned.”

But their Pinehurst pied-à-terre wasn’t big enough for the projected lifestyle, which included entertaining locals for an evening and out-of-town golfers for longer. Something about this elongated red brick house with green shutters, built according to 1985 luxury standards, appealed to Jana. It needed a makeover but not a complete renovation.

“The setting was beautiful and it had good bones. I could envision it meeting our needs.”

Most important, the house overlooked the golf course. 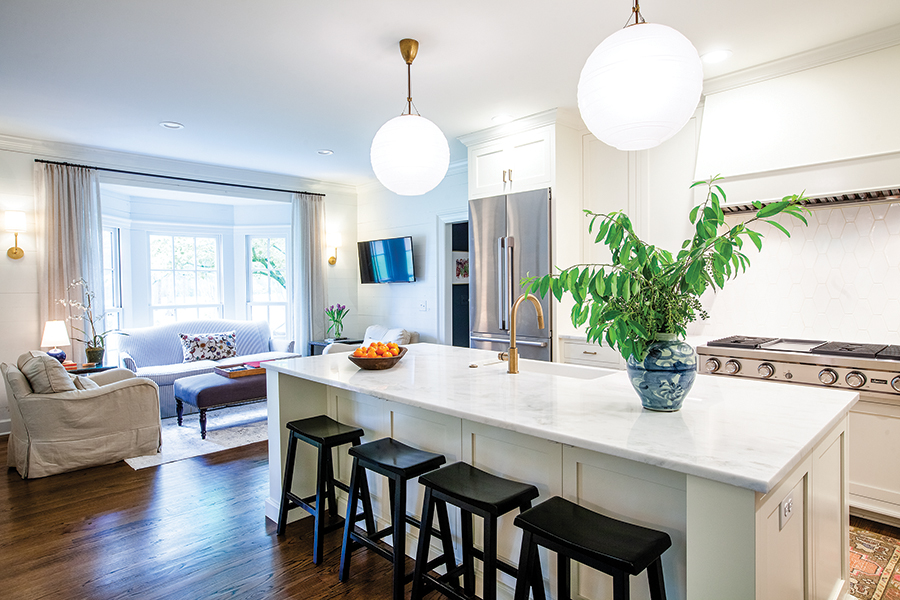 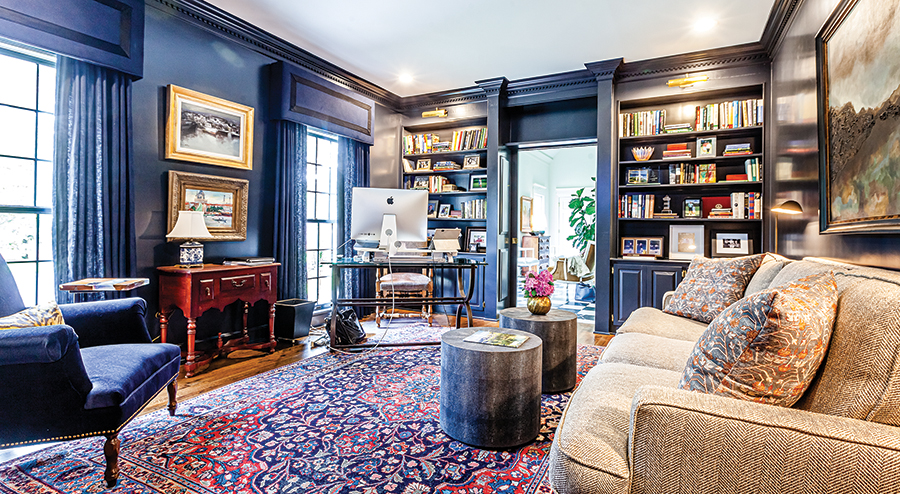 “Todd loves to cook,” Jana says. “He eats what he grows. We needed a kitchen big enough for everybody to hang out.”

When Jackson and his friends descend, there’s always the counter bar, with stools, also that big table with comfy barrel chairs on the terrace.

The double garage was finished off as a playroom with grasscloth walls, TV, a watercolor of Pinehurst No. 8 and ping-pong table. Jana explains that golfers, especially juniors, love ping-pong. That conversion meant building another attached garage with the bunk room over it, accessed by a full-sized staircase.

Although the house serves family living well, formality prevails, especially in the living room, with its grand piano. Potted orchids, Todd’s favorite, are everywhere. In the center, a multi-colored carpet over a neutral one. Cream upholstery does not detract from the focus: A series of black and white intaglio prints — a technique popularized during the 15th century — hangs over the sofa. A contemporary painting, suspended from the ceiling, appears to float through the drapes. Small benches rather than many chairs enable guests to form conversation groups. 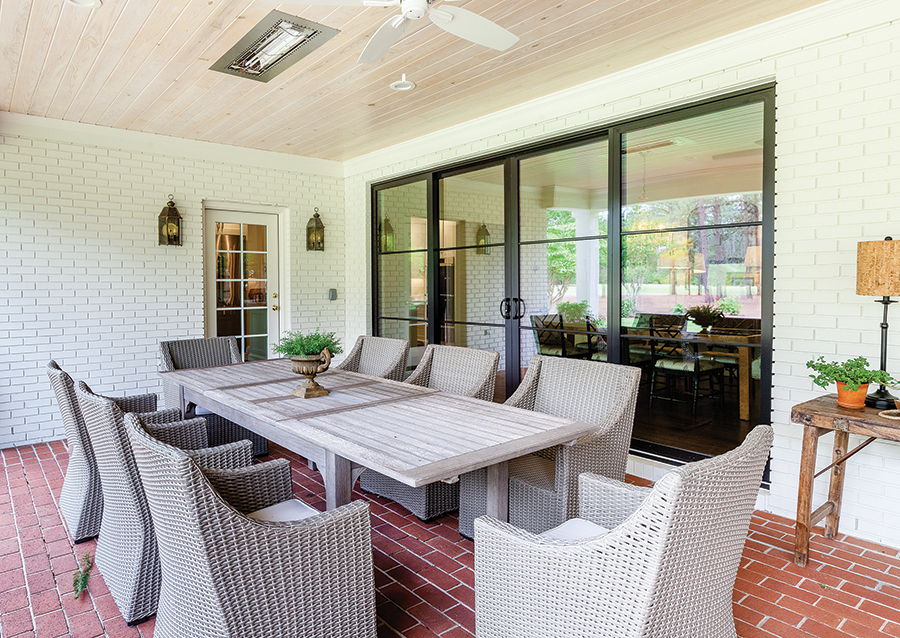 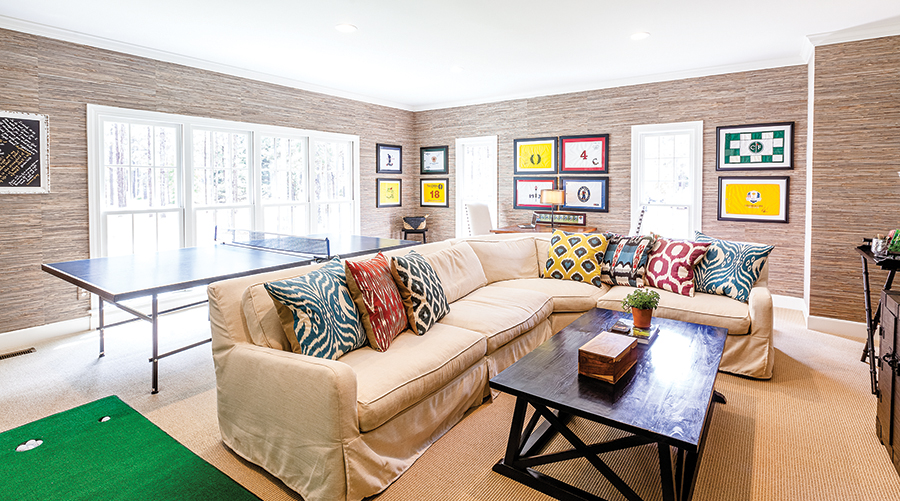 Art, obviously, speaks to Jana and Todd. “Art is creative, like music. I like different kinds,” says Jana, who plays her piano regularly. “When we traveled, we would pick up a piece that represented the trip, or an event.” They collect what they like, whether from a popular or lesser-known artist. “I want to own the original,” says Jana.

After reading about the Spanish modernist Alvar (Àlvar Suñol Munoz-Ramos) they sought a painting, now in the dining room. “We won’t purchase a piece to store in a closet somewhere. We’ll find a spot for it.”

Amid the serenity of neutrals — which extends to the bedrooms — Jana found a spot for whimsy: powder room wallpapers. 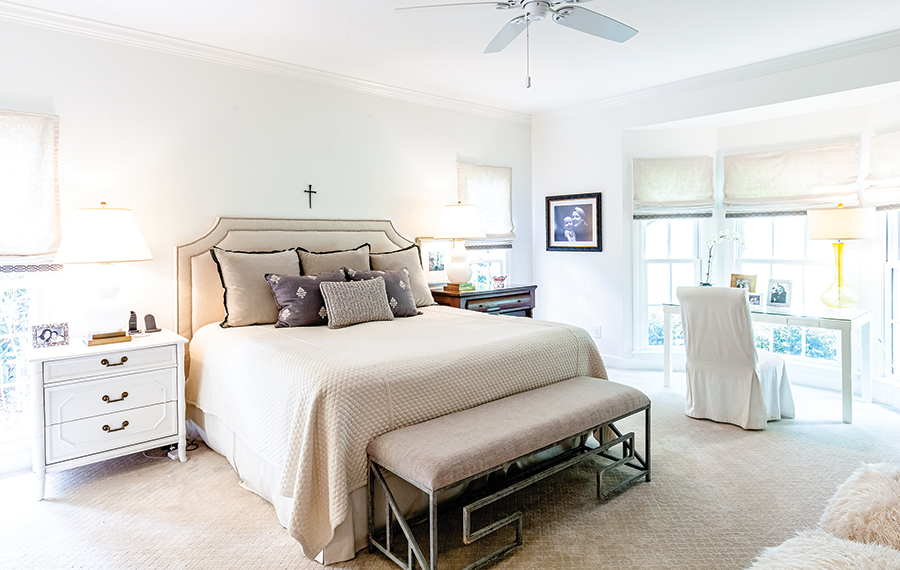 Year-round golf at their doorstep, copious indoor-outdoor space for entertaining, a kitchen garden, home offices, private quarters for their teenage son and friends — color that successful.

“We like the way the house lives,” Jana says. After Chicago, they especially appreciate the quiet.