Story and Photographs by Rose Shewey

If you think oysters are for people in pink polo shirts with designer haircuts, chances are you have not attended an oyster roast in the South. Not only were these mollusks considered poor man’s food at varying times throughout history, oyster roasts have been a celebrated low country tradition in many Southern states for folks of all walks of life.

As for me, I like my bivalves raw as much as I like them cooked but will happily pass on oysters altogether if it’s summertime. As far as I am concerned, oysters are classic cold-weather fare even though the old adage that warns against eating oysters in months without an “r” no longer holds true. Despite good arguments that support safe and tasty oyster feasts year-round, I stand with tradition on this one.

“Oysters are the usual opening to a winter breakfast . . . indeed they are indispensable,” wrote Grimod de la Reynière in the Almanach des Gourmands in 1803. OK, oysters for breakfast might be pushing it a little, but I believe Reynière had it right nonetheless.

Consider this: Oysters are incredibly nutritious with unbelievable amounts of zinc — a trace mineral that will help your body fend off cold season maladies. Winter really does seem to be the perfect time to indulge in oysters.

As a “northern light” who grew up on the same latitude as Montreal, Canada (just a few thousand miles to the east), I cannot in good conscience say that North Carolina is cold during the month of November. However, having attended several Thanksgiving oyster roasts, I am definitely in favor of busting out the old oyster knife and doing some shucking this time of year. Besides, millions of French cannot be wrong — France boasts record sales of fresh oysters from late fall until the new year, every year. So, enjoy plump, briny and succulent oysters whenever you want, but celebrate them during the chilly holiday season. 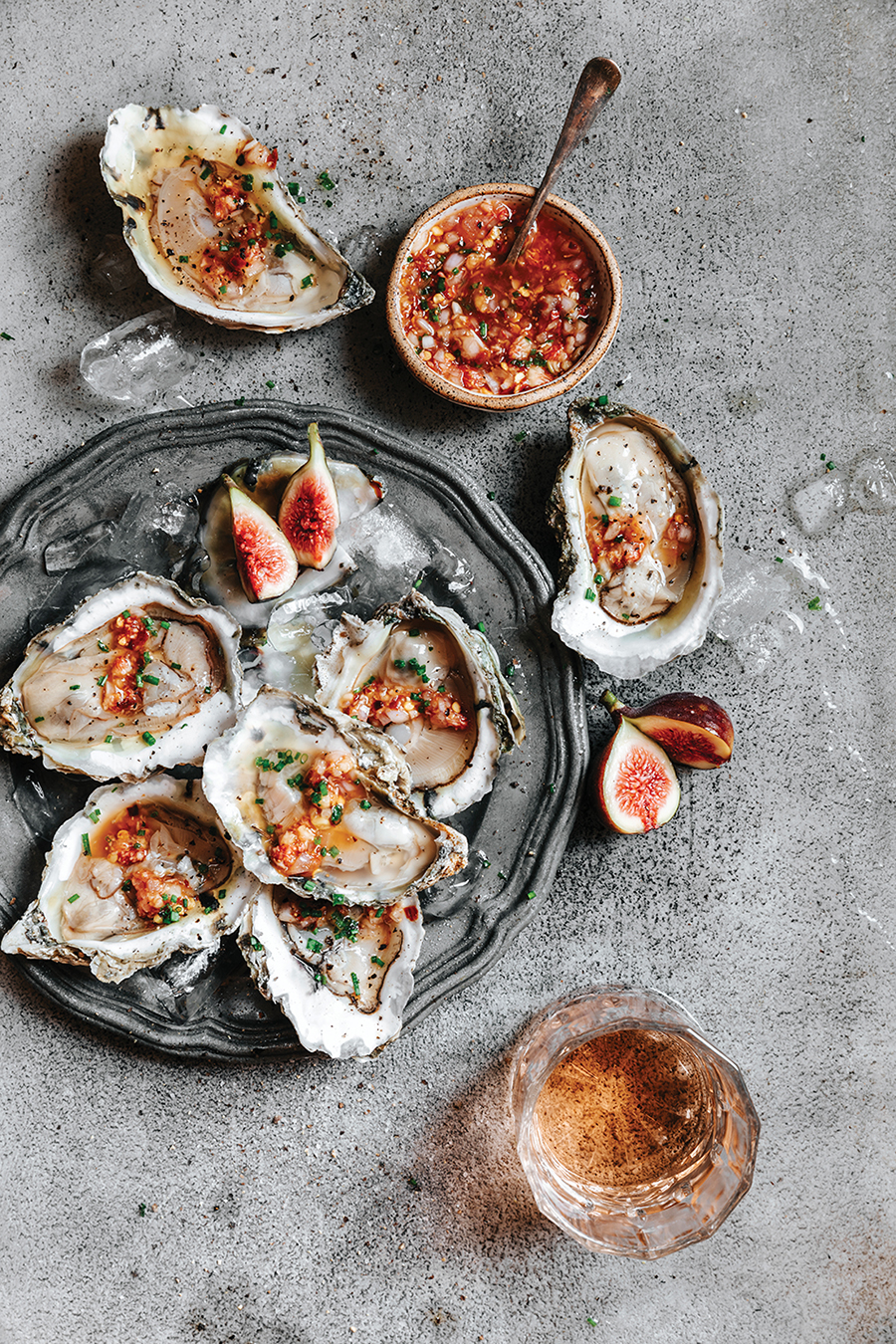 Add orange juice, vinegar, salt and pepper in a small bowl and whisk to combine. Stir in figs, shallots, chives and chili flakes, and drizzle mignonette over oysters.   PS

German native Rose Shewey is a food stylist and food photographer. To see more of her work visit her website at suessholz.com.