Clyde Edgerton and the art of negotiation

In 2011, my wife and I were living in West Virginia when I learned that my first novel was going to be published. My editor asked me to reach out to any well-known authors I knew to see if they would offer a blurb for the book jacket. The problem? I didn’t know many well-known authors, so I began sleuthing for email addresses. Clyde Edgerton’s was one of the first I found. I wrote to him and told him that I, like him, was a North Carolina native who had written a North Carolina novel, and I wondered if he would be willing to give it a read and consider offering some kind words. He not only read my novel and offered some kind words that ended up on the front of the hardcover, he offered some criticism as well. There was one particular scene in the novel that he felt went on a little too long, and he suggested some edits. I made the edits; they were the last I made before the novel went to print, and they improved the novel in ways I never could have imagined. I had never met Clyde Edgerton. I had never been one of his students. He was just being kind, giving more of his time and talent than I ever expected.

Clyde’s kindness and giving of time continued in the spring of 2012 when he appeared at Pomegranate Books in Wilmington, North Carolina, to attend one of the first events of my book tour. I had not expected him to be there, and it was a little like shooting free throws while Michael Jordan watched from the stands, but I will never forget how deeply honored I felt. At the conclusion of that event, I spoke a little about a new novel that I was working on, and I expressed the difficulty I was having with the ending. A few days later, I received an email from Clyde, sharing his ideas about how to end novels in ways that satisfied both writers and readers.

Clyde and I struck up a friendship after my wife and I moved back to North Carolina and settled in Wilmington in 2013. He christened our second child. Our kids go to the same school. We have shared the stage with other authors at literary events and fundraisers around the South, and over the past few months we have fallen into a routine of eating omelets and biscuits and gravy and sharing sliced tomatoes in a booth at White Front Breakfast House at the corner of Market and 16th Street.

That was where we were sitting recently when I sought Clyde’s advice about a particularly difficult ethical situation I was facing in my professional life. Aside from the respect I have for Clyde as a writer, it is exceeded only by my respect for him as a citizen and altruist. After asking for his advice, Clyde shared some wisdom he had gleaned from a local reverend, friend and ally named Dante Murphy. 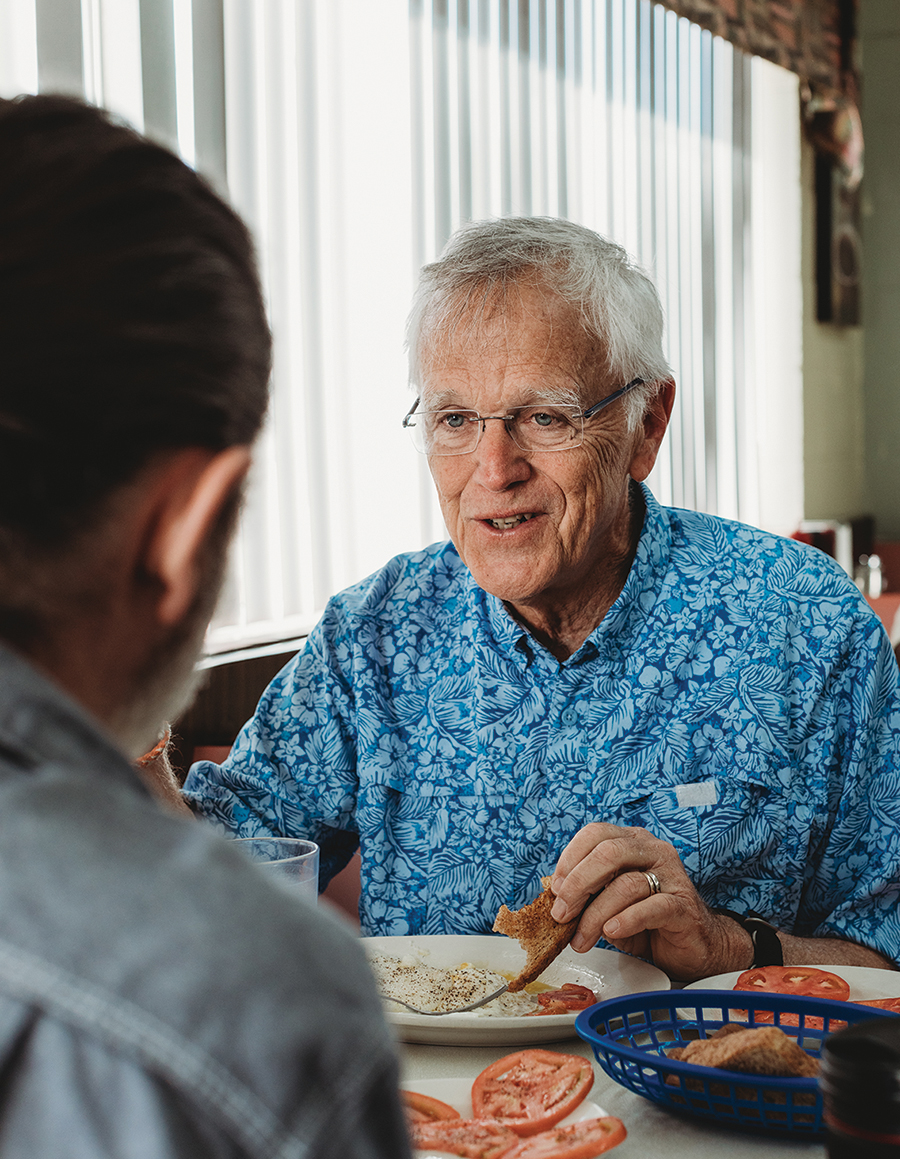 “Don’t get angry at people in these situations,” he said. “When it becomes personal that anger can poison you. Get angry at institutions. You can change an institution. It’s harder to change a person.”

Clyde knows what he is talking about. For the past few years he has been one of a handful of citizens leading the charge to uncover racial inequities in the New Hanover County School System, something he first encountered while tutoring students at Forest Hills Elementary. The school had a Spanish language immersion program, and while the student body was 46 percent African-American, every single one of the 40 slots in the language program had been taken by white students before open enrollment even began. Since then, the former principal and school system have given a number of excuses — some laughable, some offensive — about the racial disparity in the program. None of it has deterred Clyde and a group of citizens from following leads, learning of other instances of discrimination or wrongdoing, and meeting with parents, school board members and city and county employees.

None of the students on whose behalf Clyde is working have ever met him. They are not his children, but he is working for them regardless. It is similar to the compassion and care he showed me all those years ago, but the kindness he showed me never got him banned from county school property.

How does Clyde address these issues with school leaders? The same way he approaches finding a satisfying conclusion to a piece of fiction he is writing.

“Some writers think that story comes from conflict,” he says. “I don’t think that’s always true. Conflict can be impassable, and there’s no story with an impasse. I think good stories come from negotiation. Good stories happen when everyone can see they have a stake in a good outcome.”

For a good outcome, whether in a community or a novel or a literary friendship, negotiation is key. Clyde, please pass the sliced tomatoes.  PS