The gravity of the written and spoken word

Khalisa Rae is a star, and like a star her presence bends the fabric of the universe in a way that draws creative people into her orbit: writers, activists, choreographers and artists. But it is not simply people who are drawn to Khalisa. Justice projects, writers’ workshops and femme empowerment movements have all found their way to her. Or maybe I have it wrong. Perhaps she is not the star but the explorer drawn to burning centers of mass where historical infernos rage hot and bright, where smoke burns the eyes, and where the good work of community building can begin once the fire is sated.

Khalisa Rae is a poet, feminist speaker, performance artist and educator who holds an MFA from Queens University in Charlotte, North Carolina. Her first collection of poems, Real Girls Have Real Problems, was published in 2012, and she has been a finalist for the Furious Flower Gwendolyn Brooks poetry prize. Her collection Outside the Canon: Poetry as Protest is forthcoming.

I first entered Khalisa’s orbit when my friend Lori Fisher told me the two of them had joined forces to start Athenian Press and Workshop in Wilmington. Along with a few others, the two women envisioned Athenian as an “anti-racist, feminist, creative organization” that would offer space for writers, artists and activists to work alone, together, and with their communities to effect change. According to their mission statement, the organization is based on core values that include social justice, feminism, accessibility, community building, sustainability and independence. Before long they had found a home they called Athenian House, where they regularly hosted open mics, readings, meetings and other community events. 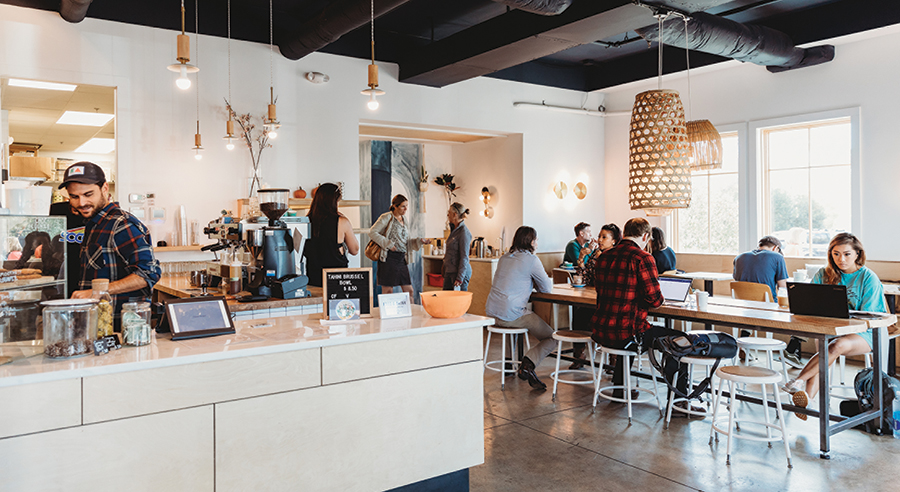 When I met Khalisa at Drift Coffee in Wilmington’s Autumn Hall neighborhood in early November, I quickly learned that Athenian was only one of the many projects she had initiated, joined or planned to start, all of them centered on the writer’s role in social justice and community organizing.

Drift Coffee has done an exquisite job marrying the laid-back feel of Wilmington’s beach community with the city’s upscale tastes in fine coffee and food. The menu is focused and healthy, combining standard breakfast fare with surprises like the Acai Bowl that features house-made granola and the Za’atar Spiced Chicken Sandwich with apple and tomato chutney and a tahini spread on sourdough bread. Drift’s light-filled interior is bright and welcoming with white walls, slate-colored cement floors, and comfortable tables and chairs where people are just as likely to be holding business meetings as catching up with friends.

Khalisa and I ordered some coffee and found seats in a sun-drenched corner. I asked her what had brought her to Wilmington from her native Chicago.

“I wanted to write films,” she says. “And this was the place to do it, so I came to UNCW.” 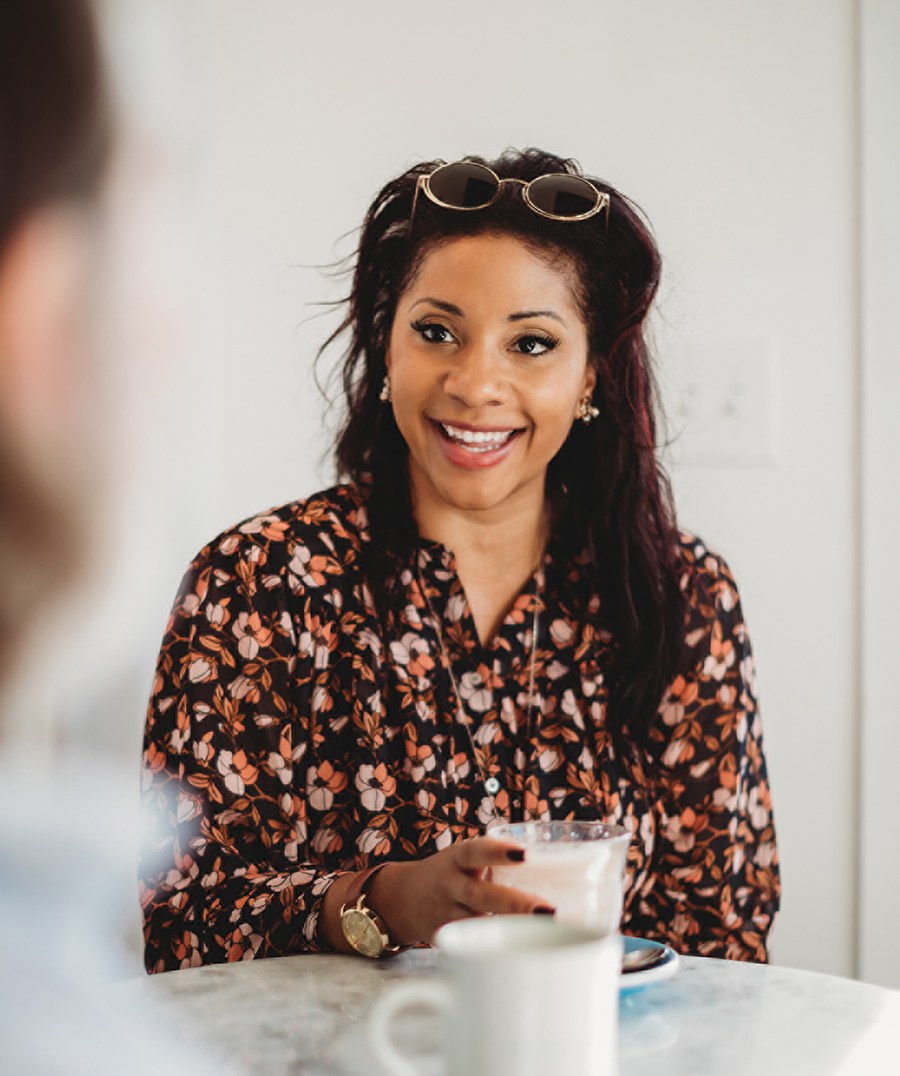 But it was not long until Khalisa’s passion for writing turned toward poetry, and she found an opportunity to work with activist poets in Greensboro. She left the Port City for an undergraduate degree at North Carolina A&T. A few years after graduating, she found herself in Wilmington again, working in community outreach and programming for the YWCA, leading workshops in writing and diversity training around the city, and eventually discovering the literary and cultural home she had not found as an undergraduate.

The more time Khalisa spent in Wilmington, the more she uncovered painful remnants of the city’s racial strife, strife that is grounded in events like the wrongful convictions of the Wilmington 10 and the 1898 coup d’état, which is the only successful coup in American history and an event that would greatly affect Khalisa’s work as a poet and activist.

While working at the Cameron Art Museum as part of their Kids at Cam initiative, Khalisa met Brittany Patterson, an artist and social worker who had just seen the 1898 documentary Wilmington on Fire. Patterson and Khalisa began a discussion about how to use art to repair the racial rifts that had run through Wilmington for more than a century.

“We wanted to curate something that was a medley of poetry and dance to focus on how 1898 affects people today,” says Rae. But the goal was not simply a performance. “The first thing we did was to have the cast sit in a circle and talk about what it means to be a person of color, what it means to be a white person moving around in spaces with people of color who were all affected by 1898.” 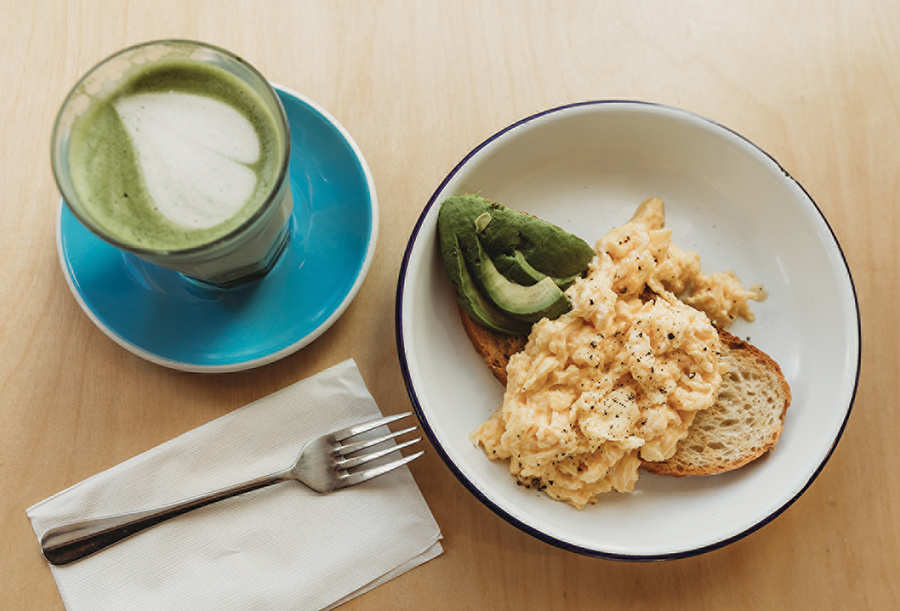 The outcome was the Invisibility Project, a performance that reaches across racial lines and combines dance choreographed by Patterson and spoken word poetry written and performed by Khalisa. The group’s first performance was in 2017, and their work has continued since with a special production to commemorate the 120th anniversary of the 1898 coup.

“It’s been interesting,” she says. “I’ve learned so much about this community, about what certain public spaces mean to certain groups of people, about how the past can push down on you without you understanding why.”

Khalisa and I finished our coffee. Nearly two hours had passed, and our conversation had run from our early fascinations with the written word to our hopes for our city’s racial reconciliation. As we got up to leave I could not help but feel pulled toward her energy and passion. I could say it was gravitational, but perhaps my feelings were anchored by the gravity of this generation’s struggle to reach through Wilmington’s painful past in the hope that, once the fire is out, there will be a hand to grasp.  PS