In praise of the underdog, screenwriter Nick Basta takes on the charmed life of legend Yogi Berra

In the fourth grade, Nick Basta loved two things: Yankees baseball and making his buddies laugh. While he enjoyed being on the diamond, he caught the acting bug when he made his friends laugh by impersonating the woman in the Enjoli perfume commercial (“I can bring home the bacon/Fry it up in a pan.”).

Flash-forward a few decades and he is walking the red carpet alongside movie stars like Cynthia Arivo and Janelle Monáe. “I started out just wanting to make people laugh, to make them feel good,” Nick says. “And I kept going.”

Nick has kept going over the years, and he is a long way from the snickers of his fellow Catholic schoolboys back in upstate New York. We are sitting at a corner table at Slice of Life in downtown Wilmington, drinking Pinner IPAs and eating pizza in the middle of a Monday afternoon when Nick lists all the cities where he has lived and worked over the years: New Orleans, Boston, New York, Wilmington, places just as diverse as his acting roles, but in each city Nick has managed to carve out a career on stage and on the screen.

He attended college at SUNY Alfred, where he majored in ceramics and where acting kept getting in the way. He appeared in plays like Our Town and worked with an improv group. After college he moved to New Orleans to pursue a music career, but the stage called him there too. He met his wife, Joey, when they appeared opposite one another in a play titled Once in a Lifetime.

“Was it scandalous?” I ask. “The two leads meeting on set, dating, getting married?”

Nick laughs. “No, it wasn’t scandalous,” he says. “Nobody noticed. There were 25 people in the cast, and some nights there weren’t even that many people in the audience.”

He found his way to the big screen in New Orleans as well, and he received his Screen Actors’ Guild card after a speaking part in his first feature film, Tempted, starring Burt Reynolds. 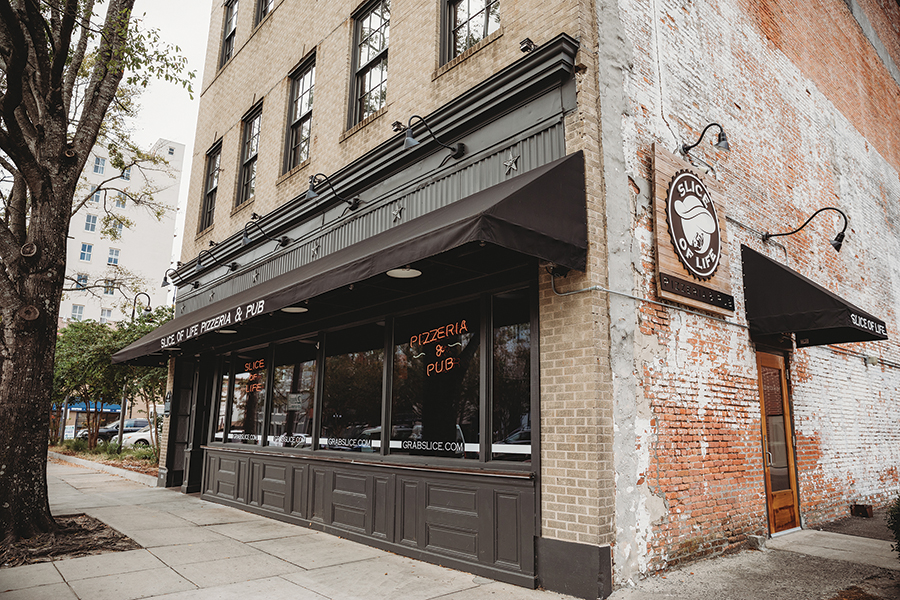 Ceramics, music: Nick had done his best to pursue something other than acting, but now he decided to focus on it. He and Joey moved north to Boston, where he enrolled at Harvard.

“What was it like being in acting school after being on the stage for so many years?” I ask. Nick smiles, takes a sip of his beer.

After six years in New York, where Nick worked as an actor and Joey worked as an agent, they decided to look south after giving birth to their daughter. They heard about a small coastal city in North Carolina where Hollywood had taken root. They moved to Wilmington, where Nick’s first role in a feature film was as “Impatient Bus Customer” in Safe Haven.

“The role called for a guy with a Boston accent,” Nick says. “I’d spent all that time at Harvard, so I thought I’d put that Boston accent to use.”

Since moving to North Carolina, Nick has worked steadily in film and on television shows like Queen Sugar, True Detective and Under the Dome, but he cannot help but be disillusioned by the fact that the industry that brought him to Wilmington now exists as a ghost of itself.

“I haven’t shot a movie or a show in North Carolina in six years,” he says. “The industry is what brought us here. A lot of great people left the area and moved to Atlanta and New Orleans. It’s too bad.”

While the film business in Nick’s adopted hometown has slowed over the years, the same cannot be said for his acting career. Next year he will appear as Gloria Steinem’s editor in the biopic The Glorias, starring Julianne Moore, Bette Midler and Alicia Vikander. This month he appears in the Harriet Tubman biopic Harriet alongside Cynthia Arivo, Janelle Monáe and Joe Alwyn.  As excited as he is to share the screen with such incredible talent in service of such an important historical figure, Nick admits that he is a little nervous about his onscreen persona. “I play a slave trader named Foxx,” he says. “I’m a really bad dude in this movie, and it was hard.” 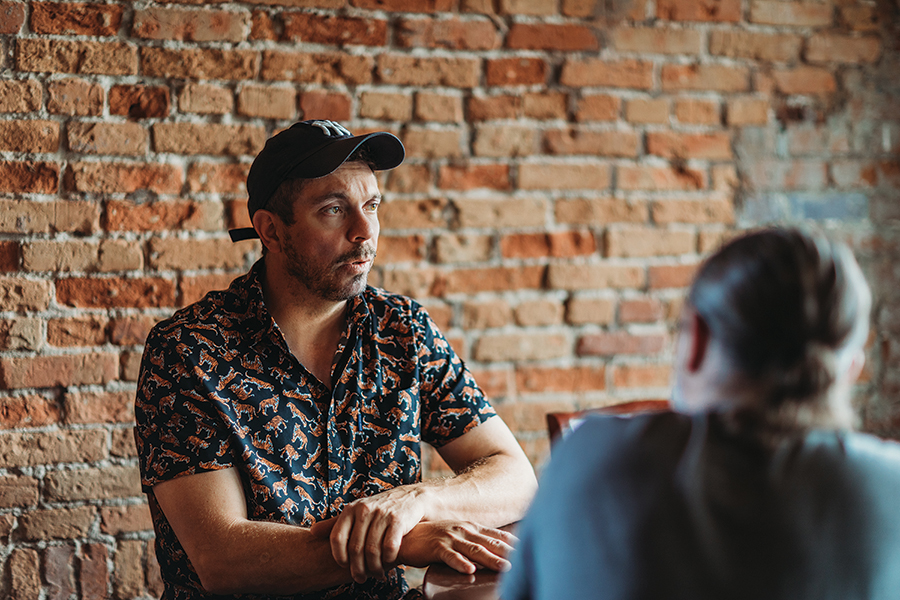 “It was just an emotionally tough movie to shoot,” he says. “There were a lot of tears on the set, and I’m not just talking about the actors. Assistant directors and production assistants were crying because of the things that were happening in front of them. But that made it all feel real, and it’s an important film.”

Perhaps it is the heaviness of Nick’s last two films and their focus on the lives of heroic, iconoclastic women that has steered him toward the craft of screenwriting, and in the direction of one of the most beloved figures in sports history. Last year, Nick completed a screenplay based on the life of Yankees great Yogi Berra, and he has already secured the rights from the Berra family.

“We’re focusing on the 1956 World Series perfect game when Yogi was catching for Don Larsen,” he says. “And we’re calling the movie Perfect, not only because of Larsen’s perfect game, but all because of Yogi’s life; it was perfect.”

I ask him if was difficult to write a story about a man who faced very little conflict in what seemed to be a charmed life.

“No”, Nick says. “Yogi was the consummate underdog, and no one looked like him or played like him or spoke like him. But he made people feel good. I think we need a movie like that right now.”

I picture Nick as that young boy back in New York, doing his best to make his friends feel good. New York, New Orleans, Boston, Wilmington, and now, with the story of Yogi Berra, back to New York, where it all began.  PS