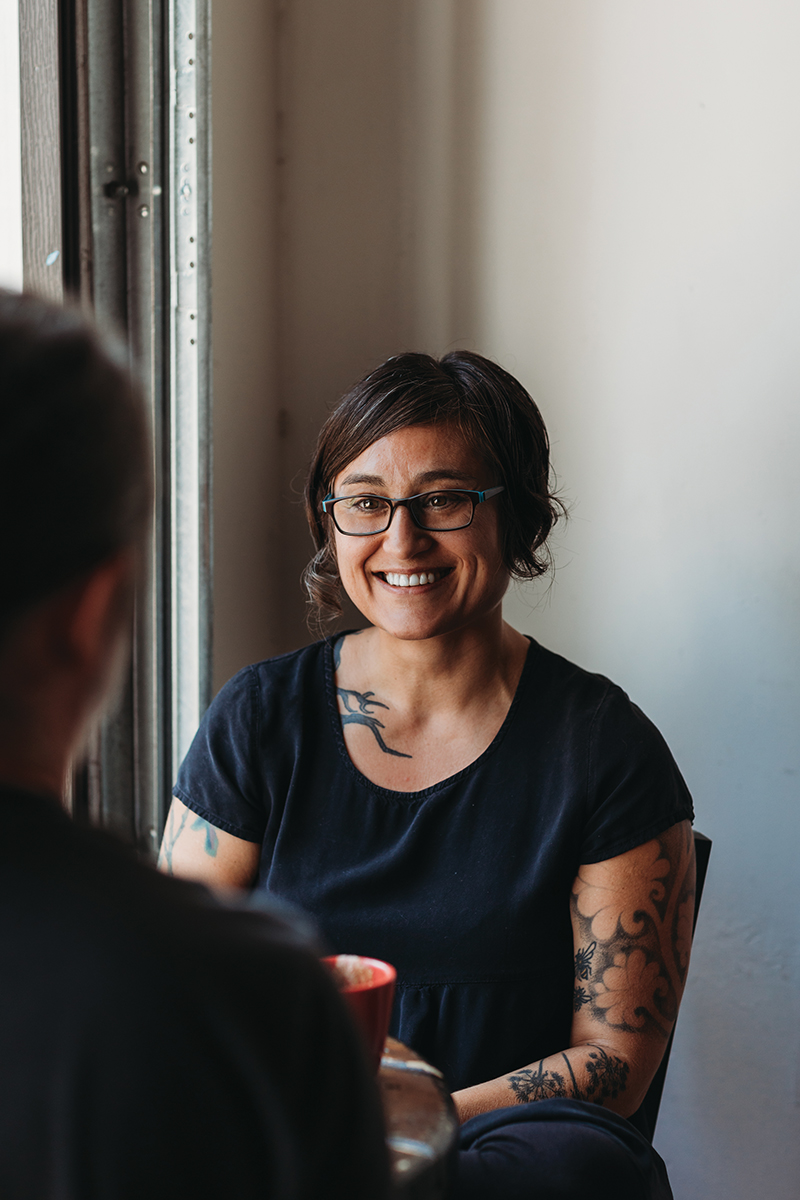 There are countless humiliations specifically reserved for writers, from online reviews — Book arrived late. One-star — to empty chairs in the audience at a reading to sitting beside someone on an airplane who, after asking you what you do for a living, tells you he or she has never heard of you or your books.

One rarely discussed humiliation is the signing line. Signing lines can be lonely places for authors, especially during literary festivals when a much better known and beloved writer is signing hundreds of books at the table beside yours. Once, at a book festival in Nashville, Tennessee, I signed — which is to say I did not sign — books beside Bill Bryson. I also did not sign books beside Sue Monk Kidd at a literary festival in Florida. Last year, at the Doris Betts Spring Literary Festival in Statesville, North Carolina, I did not sign books beside novelist Amy Reed.

In early August, Amy and I sat down over coffee at Odd’s Café on Haywood Road in West Asheville, North Carolina, and I reminded her of our time together signing (and not signing) books at the festival in Statesville. Amy moved to Asheville from Seattle years ago, and she regularly writes at Odd’s Café, which, like most things in West Asheville, is odd. A few years back, the slogan “Keep Asheville Weird” appeared, and while Asheville as a whole has gotten less weird over the ensuing decade, West Asheville has maintained the city’s weirdness, its penchant for the arts, and an open invitation to artists of all kinds.

A stroll down Haywood Road in the heart of West Asheville reveals gorgeous murals painted on the sides of independent bookstores, coffee shops and hipster consignment stores. I feel more at home in West Asheville than I do in just about any other place in the country, and Amy Reed might just agree. Our conversation quickly turns to the city’s writing community.

“There are so many amazing writers here, especially young adult writers,” she says. She takes a sip of her coffee and gazes out at Haywood Road, where people pass in cars and on foot. The names of the local writers she rattles off next are a virtual Who’s Who of national and international bestsellers: “Alan Gratz, Alexandra Duncan, Stephanie Perkins, Beth Revis, and Jaye Robin Brown are just a few. Asheville’s writing community is so welcoming. Writing is a solitary profession, so it’s great when you’re able to connect with another writer.”

It is not just her colleagues in the local YA community that Amy has connected with. I remind her of the string of young people who waited in line to have their books signed at the literary festival in Statesville. Most of them were clutching a copy of her novel The Girls of Nowhere, which tells the story of three high school girls in Oregon who band together to fight back against misogyny and abuse at their high school, an act that transforms not only the students and their teachers, but their entire town.

I ask her why she thinks The Girls of Nowhere resonates with so many young people. “There’s just something universal about the teen experience,” she says. “When we’re teens we’re the most vulnerable and raw, and the stakes are so high. Teens want to read about themselves and their problems, and sometimes adults want to remember the teenagers they were.”

I agree. There is value in finding yourself on the page, and you can always return to the books you loved as a teen and find yourself there, which may explain adults’ sustained love for books like The Outsiders, Catcher in the Rye, and I Know Why the Caged Bird Sings.

I ask Amy what kind of reader she was as a teenager growing up in Seattle. She laughs and rolls her eyes. “I loved Anne Sexton and Sylvia Plath,” she says. “It was Seattle in the ’90s. Grunge was everywhere, but I was into female singer/songwriters. I was emo before emo was a thing. I was that girl.”

My two daughters, ages 4 and 3, are sitting at a table beside us, playing quietly. I confide to Amy that I consider my own books as time capsules that my daughters can read to discover who I was and what was important to me. I ask her if she thinks of her own books that way, as breadcrumbs she is leaving behind for her 6-year-old daughter so that she can know what her mother believed to be important and true.

“I do,” she says. “I try to live in a way that mirrors my values, especially now that I have a daughter. She was raised understanding that women and girls are strong and independent. I think she will find that in my books.”

Amy’s new novel, The Boy and Girl Who Broke the World, tells the emotional and humorous story of two young outcasts — an optimistic boy named Billy and a cynical girl named Lydia — whose bond may just save the world just as the world seems to be ending. Despite its surreal plotline, which involves a narcissistic rock star and a war between unicorns and dragons, the book is a lesson in honesty and vulnerability.

Apparently, writing about the apocalypse interested Amy enough to imagine a dystopian America in her next novel, which she describes as a near future gender-swapped, feminist retelling of The Great Gatsby set on an island off the coast of Seattle. “It’s very weird and dark and twisty,” she says. “In the novel, the world is falling apart, but the girl at the center of the book is able to find her own power.”

I’ll read it, and, once they are old enough, I’ll want my daughters to read it, too.  PS