Art of the State

Davidson artist Elizabeth Bradford celebrates the beauty of the wild 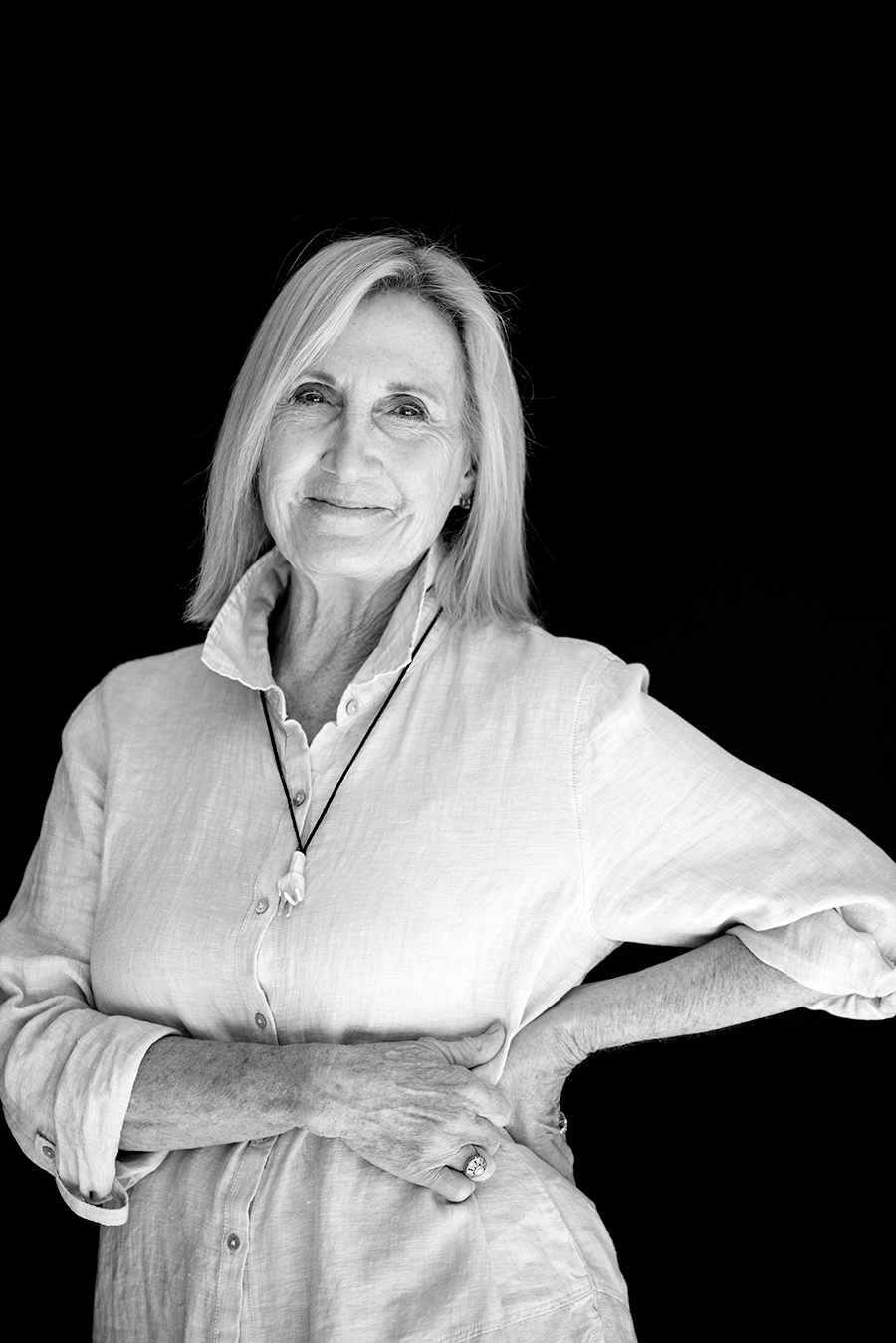 In a former cotton shed in Mecklenburg County, Elizabeth Bradford paints the natural world around her. With extraordinary, saturated colors and meticulous, zoomed-in details, her landscapes can be exotic, surprising, even strange. They are also poetic: meditative celebrations of the beauty, interconnectedness and geometry of the natural world.

On canvases nearly as tall as she is, Bradford takes countless hours over many weeks to paint the magic she finds in nature. Sometimes it’s an eddy of water. Sometimes it’s the messy bank of a receded river, where roots protrude and collide. Trees, fields, ponds, creeks: Bradford finds wonderlands in them all. Representational, but with deep, twisting tentacles into abstraction, her canvases beg the viewer to look hard.

In January 2023, Hidell Brooks Gallery in Charlotte plans a solo exhibition of her art. Wilmington’s Cameron Art Museum exhibited a powerful one-woman show of Bradford’s work, entitled A House of One Room, in 2021. Her paintings are also in the permanent collections of the Mint Museum in Charlotte, the Weatherspoon Art Museum at the University of North Carolina at Greensboro, and the Blowing Rock Art and History Museum, as well as in many top corporate collections.

This University of North Carolina at Chapel Hill graduate considers herself largely self-taught as an artist, but she also studied painting and lithography at Davidson College and worked as an art teacher before devoting herself full time to her craft.

Bradford says her work began to “develop a power” when she started backpacking in the mountains of North Carolina about nine years ago. With two friends, she started “going into a lot of obscure places, wild places, where the world is crazy,” she says. Now armed with a pole-mounted camera, she takes photos as she goes, hundreds of them in the space of a few days’ hike. These images become her inspiration when she returns to the studio. “Truth is stranger than fiction,” she says. “The wild is stranger than anything I can dream up.” 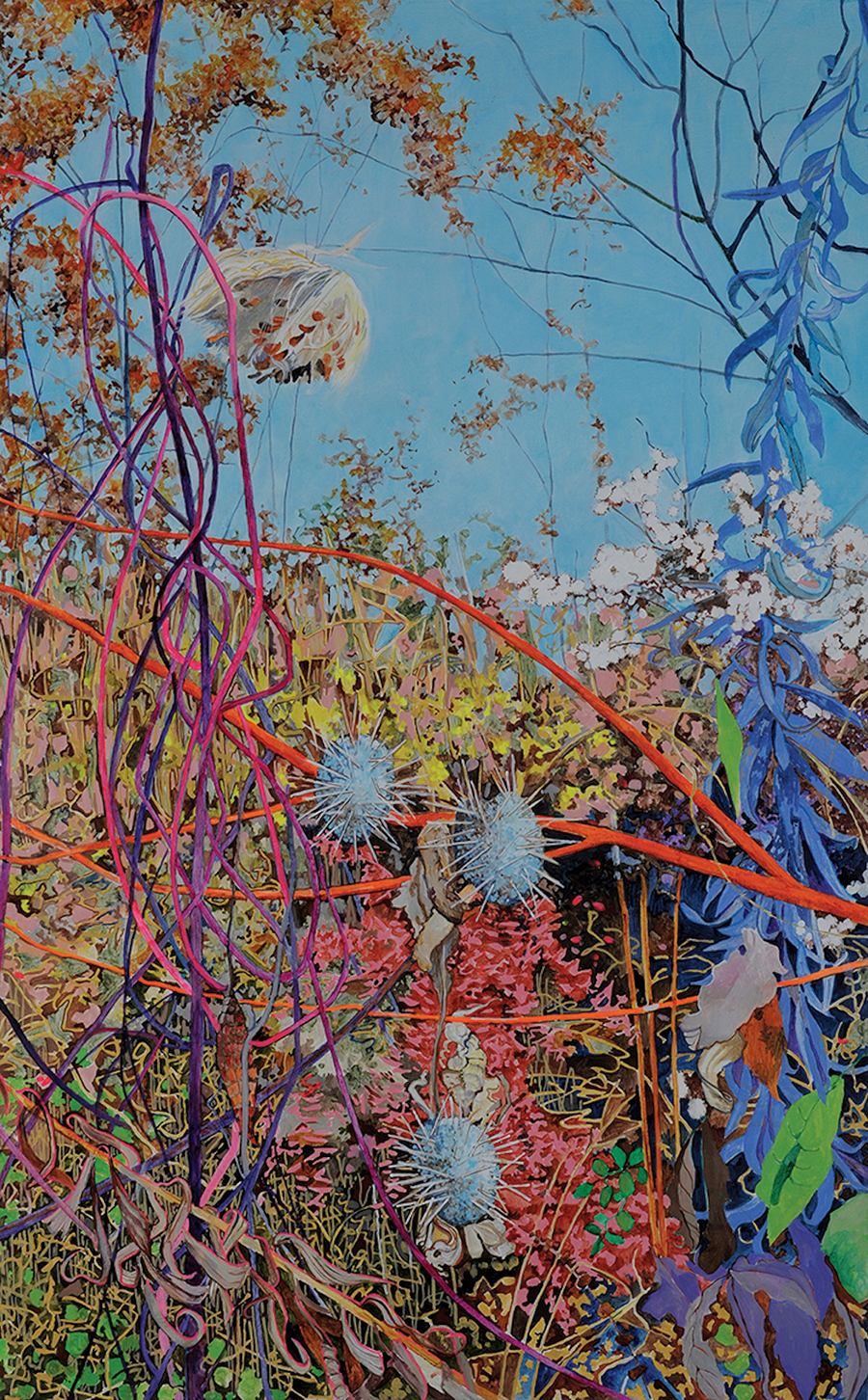 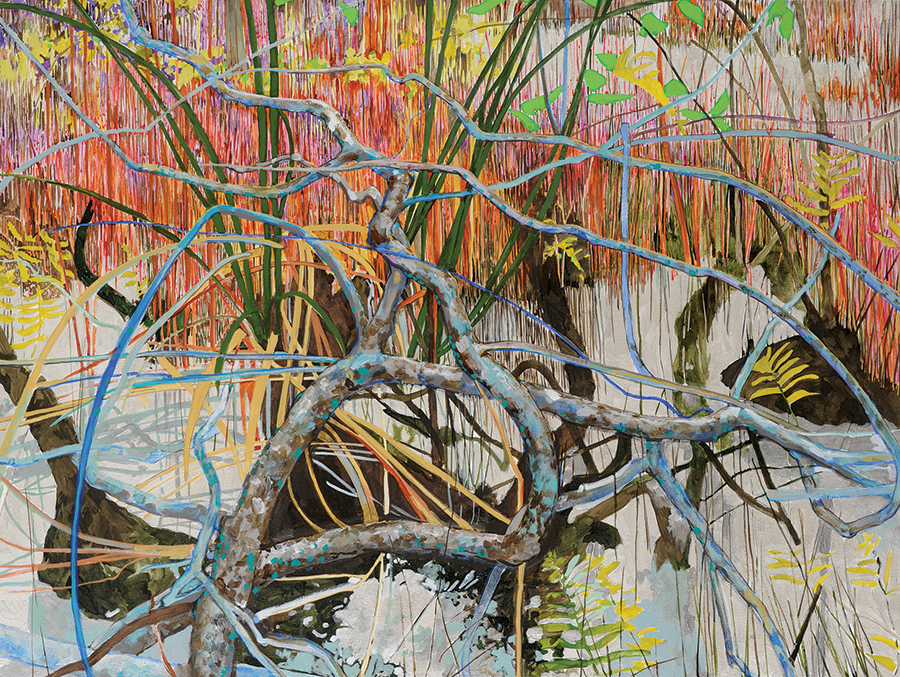 The truth is also more meaningful. The wilder the land, the more Bradford says she finds to care about. “I’m on a mission to sensitize people to the beauty of the earth,” she says. To take things “that aren’t obviously beautiful and to render them beautiful.” She does that in large part with unexpected, vibrant oil and sometimes embedded shards of glass, something she once eschewed as a “cheap trick.” But after a number of years of hewing as close to the actual color of the natural world as possible, she decided she was selling herself short. “Why are you being this ascetic?” she says she asked herself. “Why are you denying yourself access to something you love so much? And so I started pumping up the color. And as a result I’ve gotten more imaginative, more intuitive. More soulful.”

She brings all of that to every one of her subjects, most recently weeds. “Weed studies have introduced me to some really cool forms,” she says. “Arabesques and extravagant curves. I’ve been playing with a lot of that . . . I’m always trying to keep moving outward, not just repeating the same things. I keep looking for newness.”

Actively challenging herself has become an ingrained habit, one that began the year Bradford turned 40 and made a promise to herself: “Instead of getting bummed out about getting old, every year for my birthday I would pick something I didn’t think I could do, and I would spend a year trying to do it.” That first year, she decided she would paint a painting every day. A few years ago, she made the commitment to learn French. Lately, she’s begun renovating an 1890s farmhouse, one she discovered deep in the woods on the bank of a creek, far from roads and traffic and noise. A two-hour drive from her (also 1890s-era) Davidson home, it will serve as Bradford’s summer residence and studio. “It’s my dream,” she says.

And so as she ages, Bradford’s world gets more and more interesting — not that boring is an option. “The world is just so complicated and fascinating,” she says. “There are just not enough years of life to do everything you want to do.” PS

This is an excerpt from the forthcoming book Art of the State: Celebrating the Art of North Carolina, to be published by UNC Press this fall.