May is a series of miracles so intertwined that nothing feels separate from it.

Take, for example, the mockingbird fledgling, who leaps from its nest 12 days after hatching.

The descent is less than graceful. More like a stone than a feather. And when he lands, stunned, on the soft earth beneath the tree, each blade of grass performs its highest service. As if cradled in the hands of an invisible, benevolent force, the fledgling rests.

Tender new life abounds. White-tail fawns take their first wonky steps. Red fox kits explore a world outside their den. And like the mockingbird fledgling, now flapping its newfound wings and hopping in the grass, these precious babes are easy prey.

As baby bird performs his hop-flap-plop routine, mama and papa bird stay close, ever ready to defend him. That’s the thing about mockers. If ever you’ve seen one chase off a raven, jay or crow, then you’re familiar with the raspy battle cry of a tiny beast that knows no fear.

Days have passed, and the fledgling’s wings are growing stronger. There’s no shortage of ants, grasshoppers and beetles for feeding, and under his parents’ watchful eyes, he’s gaining air with every jump.

Not far from the tree where the mocker babe hatched is a quiet road not far from your house.

This is where you enter the picture. 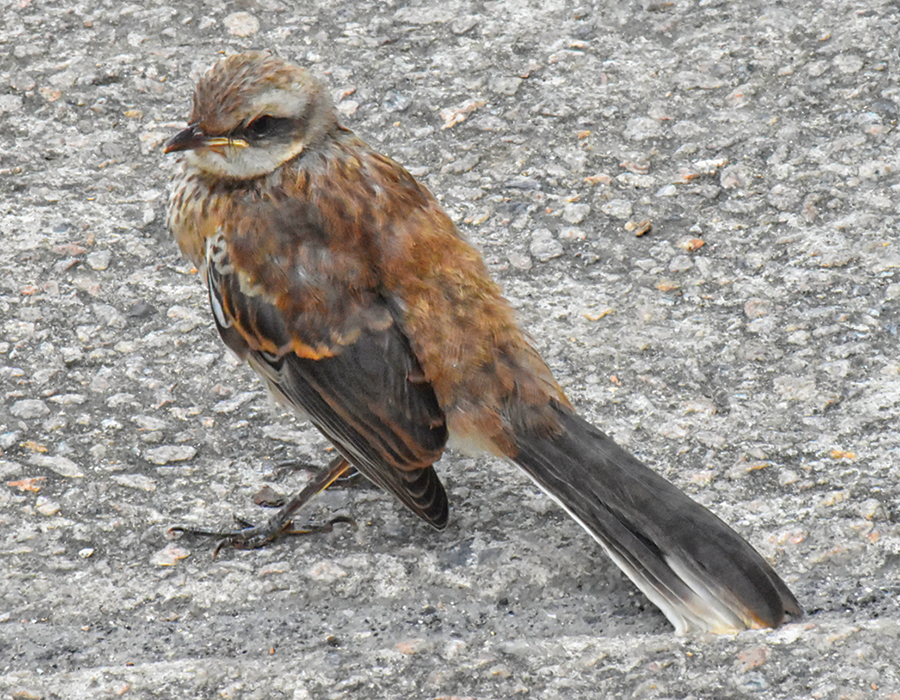 On a leisurely walk, the air sweet with magnolia blossoms and spring roses, you notice a stopped car, the driver kneeling in front of a small lump in the middle of the road.

“I can’t leave him here!” says the driver, a young mother who is visibly shaken by the sight of this tiny being — a mockingbird fledgling whose wiry feathers and wide yellow beak somehow make it look like a curmudgeonly old man.

He isn’t injured, you observe. Just spent from a recent flight lesson. Relieved, the driver snags a toddler shirt from the back of her car, and you use it to gently scoop him off the road.

When you set him down on the earth, the fledgling gives a brave little squawk, flaps his wings, then musters the strength for a few shaky steps before plopping down in the soft grass for more rest.

One day, you think, that mockingbird will take flight. And one day, sooner than you think, he will have one hundred songs to sing.

You hear a crow caw in the distance, and as mama bird watches from her nearby perch, you can’t help but smile at the miracle of it all.

But I must gather knots of flowers,

And buds and garlands gay,

—Alfred Lord Tennyson, “The May Queen” 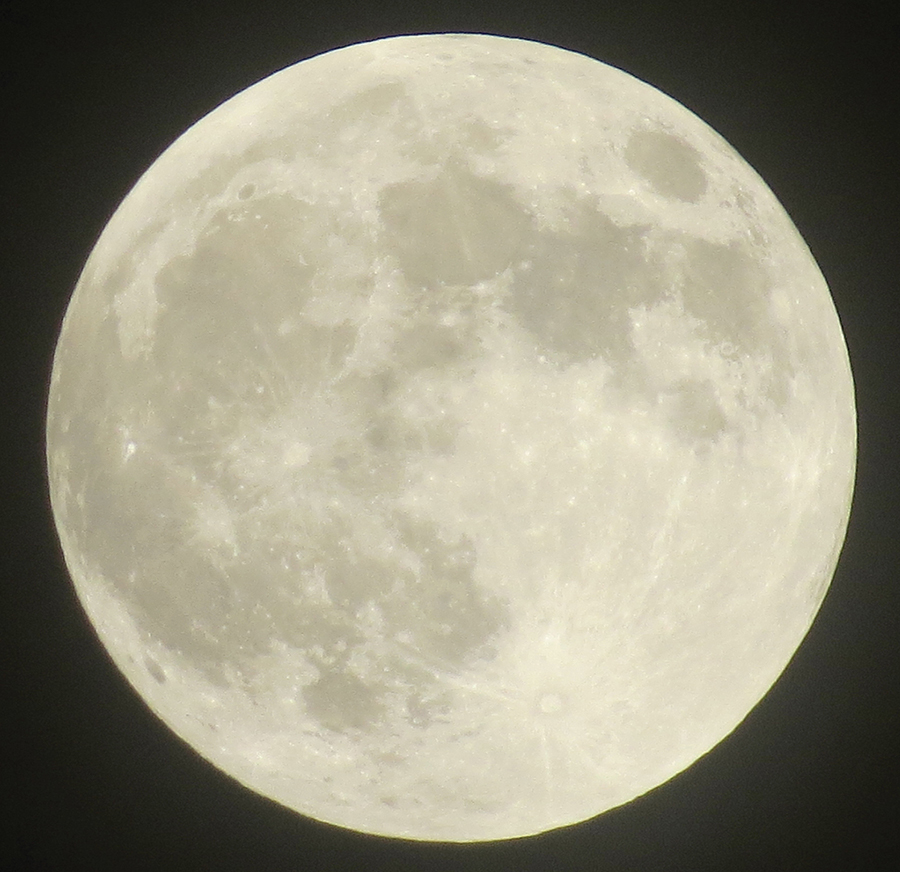 The Full Mother’s Moon rises on Thursday, May 7 — three days before Mother’s Day. Also called the Milk Moon, Flower Moon and Corn Planting Moon, this month’s full moon is a brilliant reminder to celebrate all mothers — human and animal — for the glorious gift of life.

Speaking of gifts, here’s one for Mama: daylily bulbs (to bloom in June).

May is a jubilant explosion of fragrant blossoms.

And then there are roses.

If you’ve ever known a rose gardener, then you’ve seen the light in the eyes of a soul who has seen life after perceived death (dormancy).

I once toured the rose garden of a retired Episcopal minister who described the deep sadness of cutting his blossoms each winter, and the wonder of their return. I’ll never forget his tender nature or, for that matter, his favorite rose.

“Dolly Parton,” he told me, pointing to a fragrant red rose in the corner of his garden. “She’s wonderful. She just blooms and blooms.”

When we try to pick out anything by itself, we find it hitched to everything else in the Universe. — John Muir 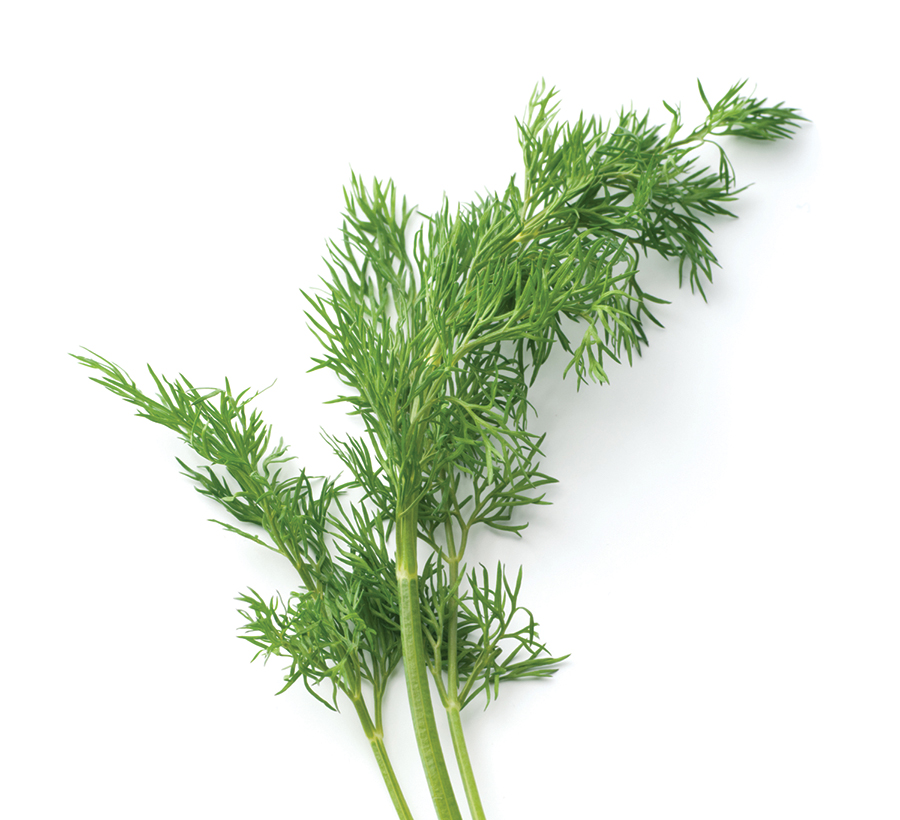 Let’s hear it for fennel, folks!

This perennial herb has long been cultivated for the digestive-aiding properties of its fruit (fennel seeds), but its bulb and leaves are likewise packed with nutrients.

Fennel is good medicine for the heart, skin and bones. It aids with inflammation and metabolism. And, lucky for (most of) us, it tastes like licorice.

There are dozens of ways to eat the bulb, but if you’re looking for fresh and easy, try pairing it with red plums (thinly sliced) for a slam-dunk salad topped with honey-ginger dressing. Enjoy!  PS