Finding life through the lens

By Will Harris   •   Photograph By Laura Gingerich

Outside the entrance of the only amusement park in Havana, Cuba, a photographer assembled a pop-up studio to take pictures of visiting families. He developed the film and sold the prints to them as they left, the keepsakes of a special day. That enterprising photographer was Joaquin Ruiz, the patriarch of a family of three generations of photographers. His granddaughter, Neily Ruiz, has journeyed a long way to arrive, at least metaphorically, in the same place.

“I grew up seeing the darkroom and the photography and all of it,” Ruiz says. “I fell in love with it at an early age. It pays my bills, and this is what I do full-time. But it’s more the happiness and the joy I get when I have that camera. I would do it for free if I had to.”

Ruiz, who is opening a photography studio on Pennsylvania Avenue in Southern Pines, immigrated to the United States when she was 15 years old. When she was growing up, electricity and fresh water were unreliable resources. When the water was running — sometimes as infrequently as once a week — the family stored it in a large cistern. During shortages the children showered together outside using buckets. When the lights went out, they invented games to pass the time.

Food was rationed by the Cuban government, allotted to families according to a prescribed formula. Each family could only buy what their particular entry in a notebook specified they could buy, no more. A few bottles of milk, a couple of pounds of rice and beans, and several ounces of oil were typical monthly provisions.

“And if you have five kids, how are you going to do it? They don’t care how many kids you have, it’s your problem,” Ruiz says. Playing childhood games with dead-eye purpose, she and her cousins threw rocks to knock mangoes and coconuts out of the trees. She remembers it fondly. “My childhood was so perfect; there was a lot of happiness. How do you grow up so happy, with so little?” she says. “It’s fascinating. I learned to appreciate things. It was always a creative moment.

“Maybe that’s what made me a dreamer. That’s where my creativity was born, out of the hard times.”

Ruiz’s father, named Joaquin like his father, was disenchanted with Cuba’s lack of opportunity. When Ruiz was 14 years old, Joaquin decided to take his chances in America. The only question was whether the family, including Ruiz’s 3-year-old sister, Leiny, could make the dangerous journey, too. Ruiz’s mother, Xiomara, left the decision to her.

“And she said to me, ‘If you want to stay, your dad is going to have to go alone. But if you’re going, I’m going. We are all facing the same fate together,” Ruiz said.

They were only too aware of the danger. “I had neighbors who died on the ocean. I had neighbors who were eaten by sharks. They were all together in a boat and a shark ate two of them, and the rest are going to have to live with that for the rest of their lives. We go through these things in Cuba all the time,” Ruiz says.

She decided to go. Her father made the arrangements, but they had to wait for months. Ruiz was away at school studying to be a teacher, when she woke up feeling very sick. She asked her father to come get her and take her home. The call came when they got there. It was time to go. 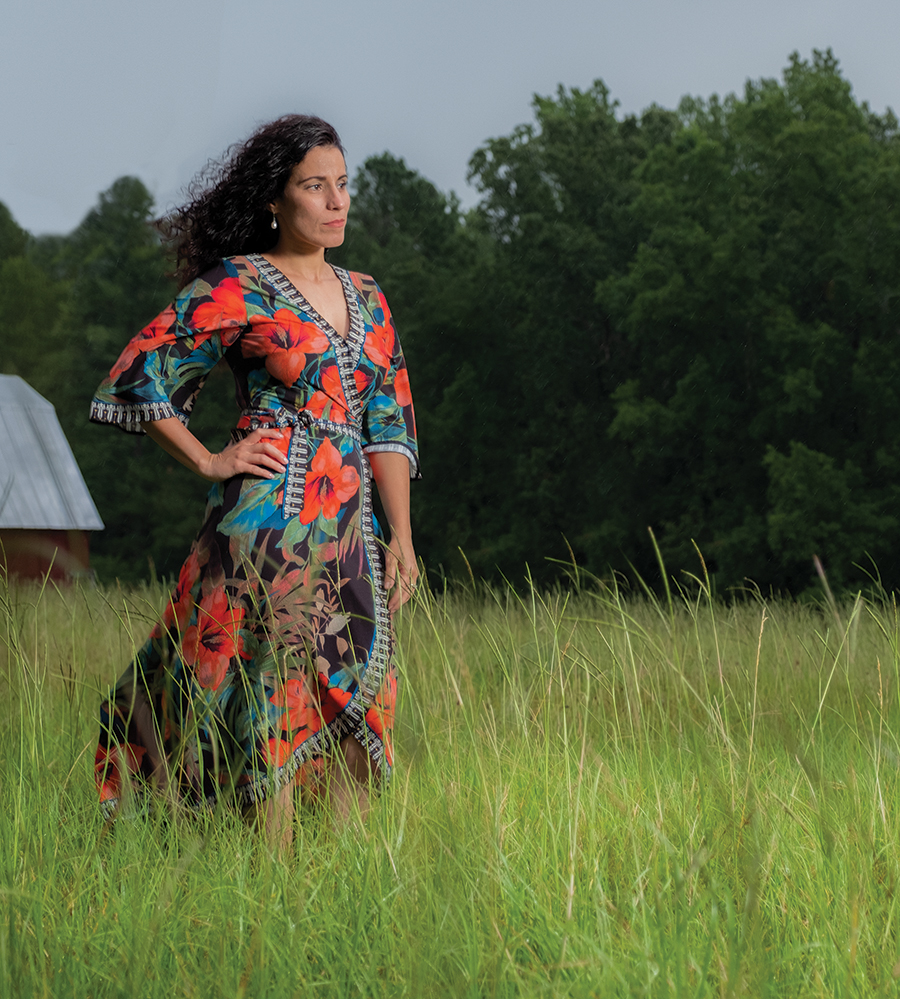 Had Ruiz not fallen ill, she would have been left behind, unable to get home in time by herself. All family members packed a small backpack and they left that night, telling no one — not even Ruiz’s grandmother.

The family traveled to a coastal town outside Havana where two smugglers would pick up their human cargo from the end of a jetty. A flashlight signal from a 31-foot boat meant the way was clear. The family signaled back. The smugglers turned off the engines, and the boat drifted to the jetty. Seventeen people got on board. Nine were children.

“I don’t think my brain ever understood how I left alive, to wake up in a different place and call it alive,” Ruiz says. “That has always been a mystery to me.” She calls it “a blank space.”

“It was six hours and a half on the ocean,” Ruiz says. “I had my sister on top of me. I was talking to her and telling her we were in a train, and the train was going to get there soon. And we got here, and we faced this reality. There are no neighbors that we know, there’s no grandmother anymore. There’s no cousins and friends. We’re alone.”

The family settled in Miami. Her father had a difficult time finding a job, and no one in the family spoke English. Ruiz had two pairs of pants, one dress and a single pair of red shoes to wear while she attended high school. She was bullied along with other non-American students, in part because of the sparingly few pieces of clothing she was able to bring with her.

“It was brutal,” Ruiz says. “I cried forever. I wanted to be with my grandmother; I wanted to go back. Adjusting here was so hard.”

Ruiz got a job at a McDonald’s. She recalls one particular businesswoman who came into the restaurant frequently. She spread out her papers and worked for hours. The woman, a lawyer, told Ruiz that she, too, had worked at that exact same McDonald’s, and she came back to remind herself of her past. She told Ruiz that if she wanted to, she could do great things, a message Ruiz passes on whenever she goes to a McDonald’s now.

Ruiz got involved in the Spanish-speaking photography community through social media, eventually starting her own networking group when she moved to North Carolina. Through her connections, she began teaching technical classes for photographing newborns throughout the United States, Peru and Mexico.

“This has brought me to some amazing places. I never imagined that I was going to teach photography,” Ruiz says. “If I had the opportunity to choose again, I would be a photographer. And I would have started even earlier.”

Ruiz will be teaching a class in Cuba this October. In her Southern Pines studio she’ll photograph newborns and expand into fine art photography, weddings, and quinceañeras — Catholic celebrations of a girl’s 15th birthday.

“I was always in love with photography. It’s just incredible; you can do so many things,” she says. “Out of one moment there are so many images, so many ways of seeing an image. So many feelings you can capture out of one simple moment.

“It’s just amazing. I will always love it.”  PS

Will Harris served an internship at PineStraw to complete his business journalism undergraduate degree at the University of North Carolina at Chapel Hill. He works locally as a carpenter, enjoys playing tennis, sailing, and spending time with his dog, Bear.