The Violin in the Closet

Musical instruments carry the souls of the people who have played them. Inside the Raleigh home of Tony Morcos, a 1792 Zwerger violin and a 1905 Blüthner piano occupy places of pride. Exquisitely crafted of wood, strings and ivory, their story spans centuries and continents, tragedy and hope.

The lives of the piano and violin first intertwined through sisters Grete and Natascha Wilczynski, a promising pair on the performance scene in Munich, Germany, in the early 1900s. Partners and best friends, they often played duets in concert halls around the city. The two sisters had a striking stage presence with very different approaches. On the Blüthner, Grete was a technical, no-nonsense musician. On the Zwerger, Natascha was a free-spirited bohemian. Their musical strengths lifted and complemented each other, making the whole greater than the sum of its parts. 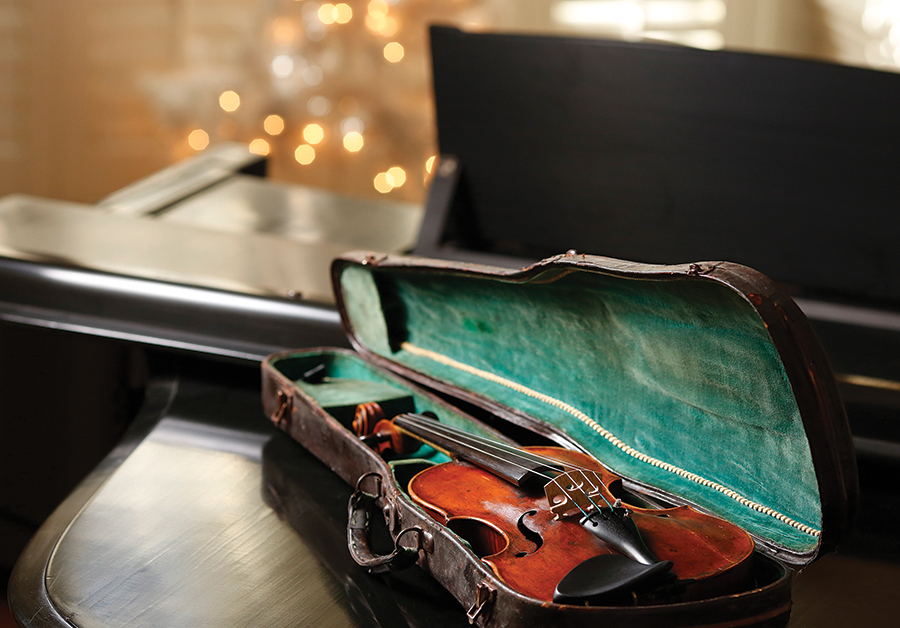 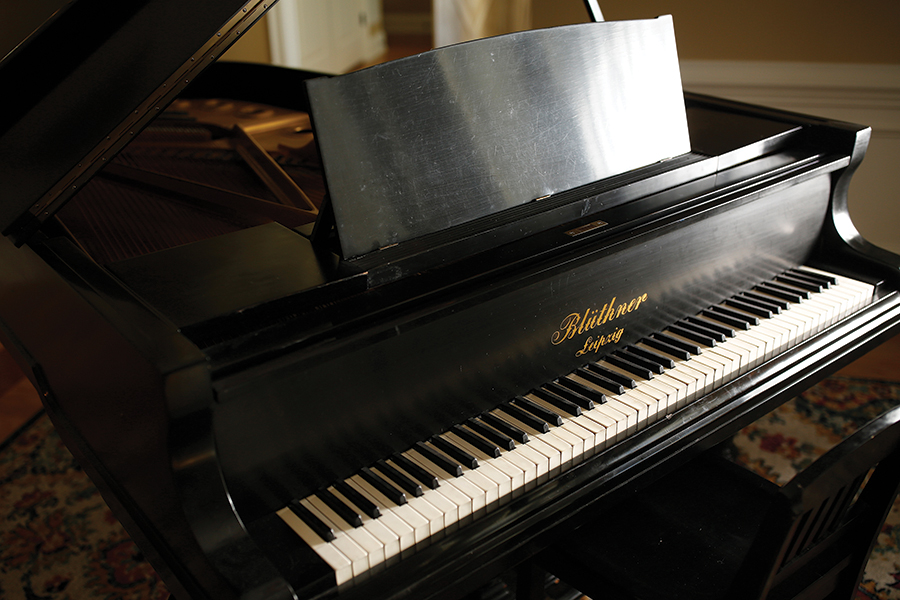 With the rise of Nazi rule, everything changed for Germany’s Jewish population. Passage of the 1935 Nuremberg Laws — the Reich Citizenship Law and the Law for the Protection of German Blood and German Honor — meant that the life Grete and Natascha had known, including their appearances on the stage, was no longer safe. Natascha was scheduled to play her violin live on the radio with the Munich Radio Symphony, but the morning of the concert, she received a telegram — because of the new laws, she could no longer play. “You have been cancelled,” it read.

Soon thereafter, Natascha fled to Italy with her violin, but in 1938 she was deported to France, where life was equally perilous. With so much uncertainty, she left the Zwerger with her brother, Jakob, in Strasbourg. Her fears proved all too prescient. Natascha was arrested and sent to Drancy, a transit camp in France, then transferred to Auschwitz on August 31, 1942. She was murdered there, the date of her death unknown.

Meanwhile Grete, who had married and then divorced, fled to Jerusalem with her young daughter Ruth, leaving her beloved piano behind in Munich. Grete offered a former neighbor everything in her old apartment — all of her worldly possessions — if he could somehow rescue the Blüthner and get it to her in Jerusalem. Her neighbor succeeded, allowing Grete to carve out a meager living giving piano lessons in her Jewish quarter apartment, the sound of the piano bringing moments of normalcy to their new home.

Once Ruth was grown and living on her own in Jerusalem, Grete remarried and immigrated to New York, bringing the piano with her. When she retired to Florida in 1986, she sold the Blüthner piano to Stewart Kellerman, a writer and editor for The New York Times. He had once taken piano lessons from Grete’s great-niece (and Tony’s cousin), Daniela Morcos, while she was a student at The Juilliard School. Stewart was drawn to the sound and feel of the piano, but also the history of the instrument. “Knowing its story added to the pleasure of playing it,” he said in a recent interview. 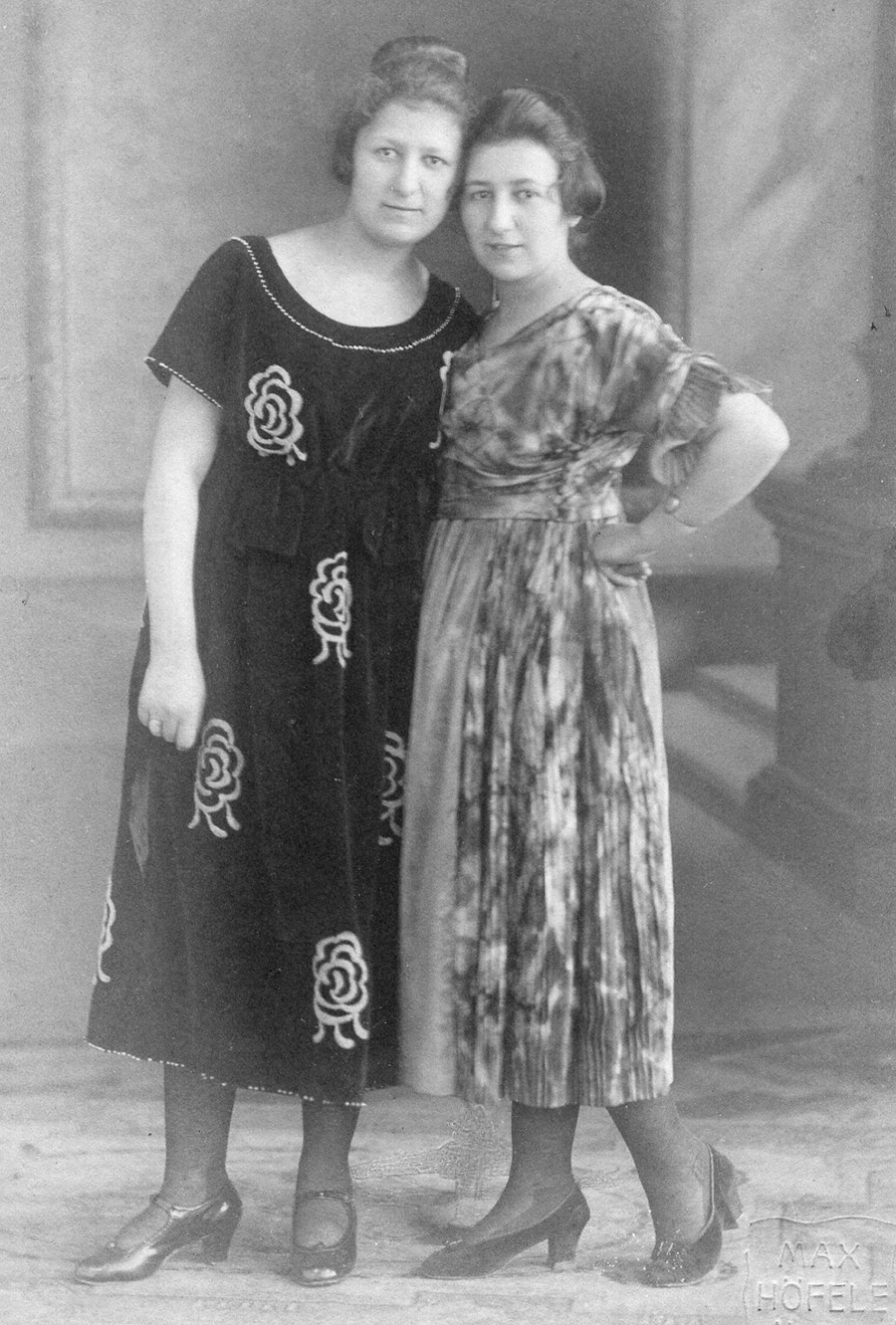 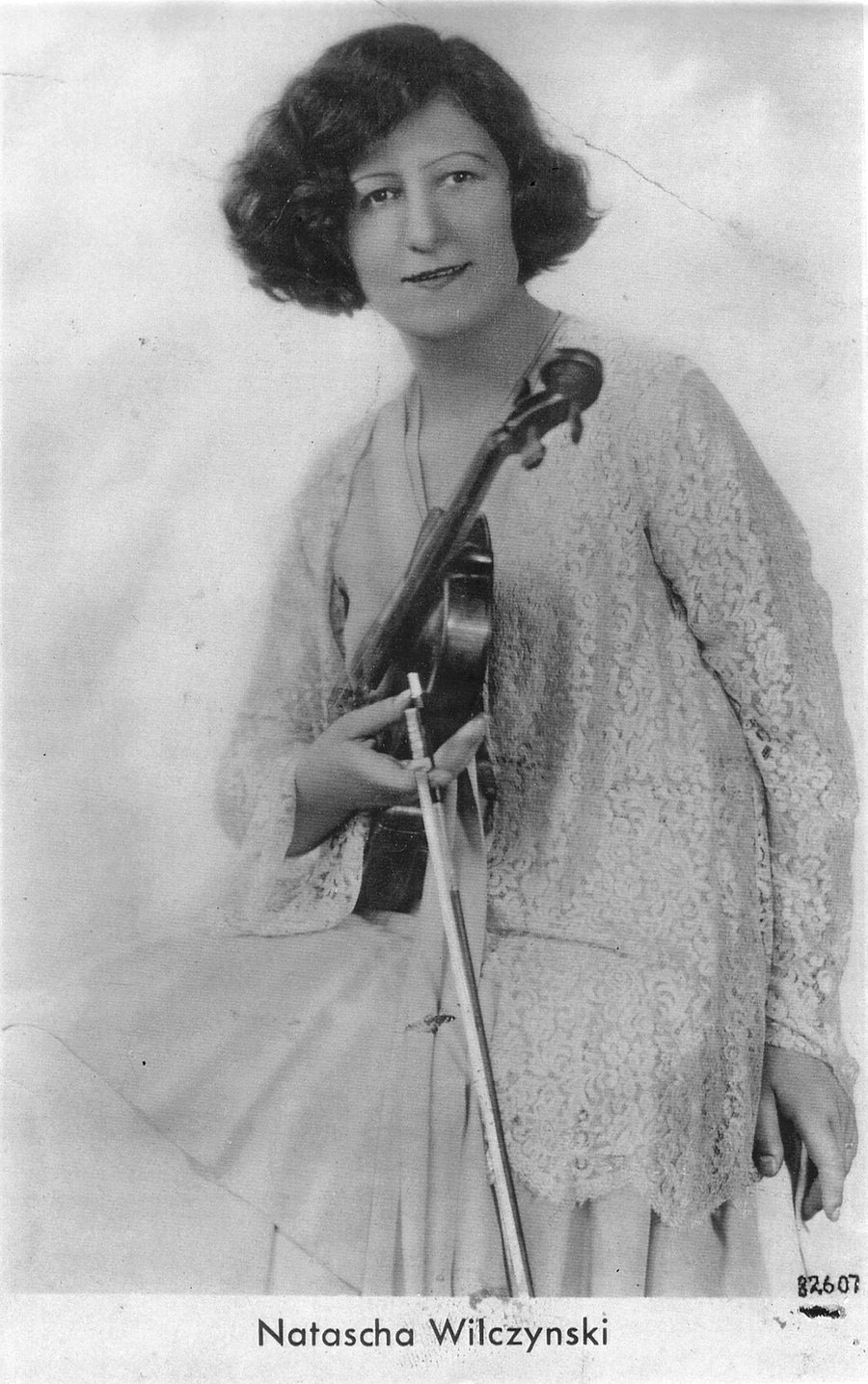 Ruth also eventually immigrated to the United States, marrying a Catholic man and converting to Catholicism. On her way to the United States, her ship stopped in Nice, France, where Natascha’s brother, her uncle Jakob, gave her the Zwerger violin. Ruth settled in Dayton, Ohio, but never mentioned to anyone — not even to her own children — that she was Jewish. It was a safe life, a deliberate step away from the persecution in her past. The violin, a physical reminder of her family’s story, was tucked in a closet, hidden for nearly 40 years.

That’s where her son, a curious, young Tony Morcos, found it.

“She’d ask me to go get something from that closet, and I saw the case there and wondered. And I just kept wondering,” says Morcos. “For a long time, I didn’t have the guts to ask my mom about that violin in the closet.” Once he started asking questions, he couldn’t stop. The story of his great-aunt Natascha sparked an interest in his roots and a recognition that his love of music, already a hobby, ran deeper than he realized.

By 1991, the 22-year-old Morcos was a college grad and fledgling musician, into “partying and guitars” and living in a tiny San Diego apartment. He decided to learn how to play his great-aunt’s violin. “I got that thing restored and took it to my teacher,” says Morcos, “and she said, ‘Now this is a violin!’” He began playing in coffee shops, bars, anywhere in San Diego that would have him. As his talent as a musician grew, so did his desire to reunite the violin with his grandmother Grete’s piano.

In the late ’90s, Morcos looked up Kellerman and asked if he’d be interested in selling the Blüthner. He wasn’t. But in 2015 — now settled in Raleigh — Morcos got a call from his cousin Daniela. “She said, ‘He wants to sell!’” he recalls. “I couldn’t believe he remembered me and took the trouble to track us down.” 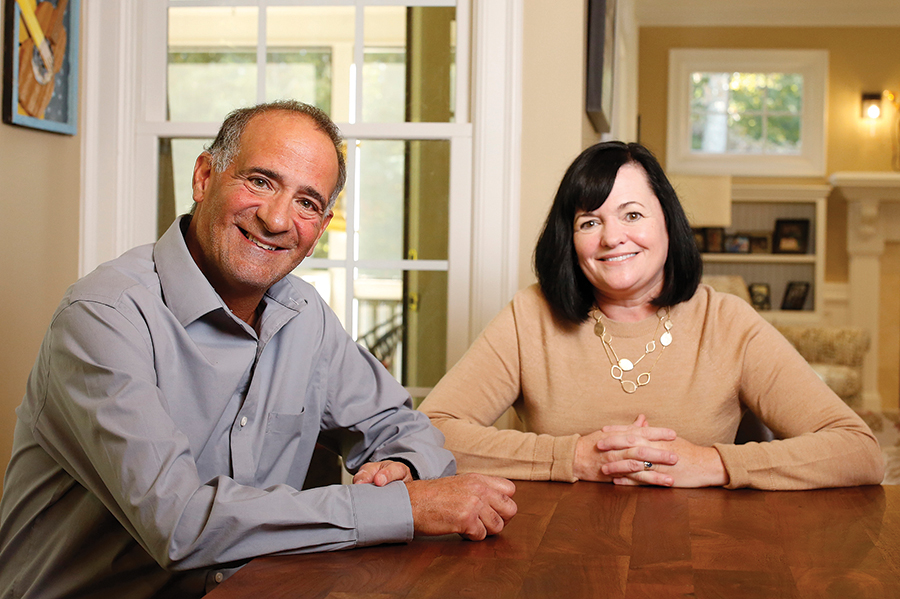 Tony Morcos with his wife, Mindy

Morcos bought the piano and had it shipped from New York to his house in Raleigh to welcome it back to the family. After nearly a century, the instruments were reunited. Morcos decided to surprise his mother, Ruth, with a concert for her 90th birthday. It would feature the two instruments she hadn’t heard playing together since her childhood in Munich.

On August 29, 2015, the Zwerger violin and the Blüthner piano joined in their first duet in over a century. In honor of Grete and Natascha, they were played by two women with Jewish ancestry: Jacqueline Saed Wolborsky, principal second violin for the North Carolina Symphony Orchestra, and Mimi Solomon, an accomplished chamber pianist and lecturer at the University of North Carolina Chapel Hill.

That night, the violin and piano filled the air with Brahms and Beethoven, undiminished, strengthened by their many caretakers. “The violin was dark and soulful, like a sultry woman,” says Wolborsky. Richard Ruggero, the longtime Raleigh piano tuner who maintains the Blüthner, describes its sound as “warm and romantic.” 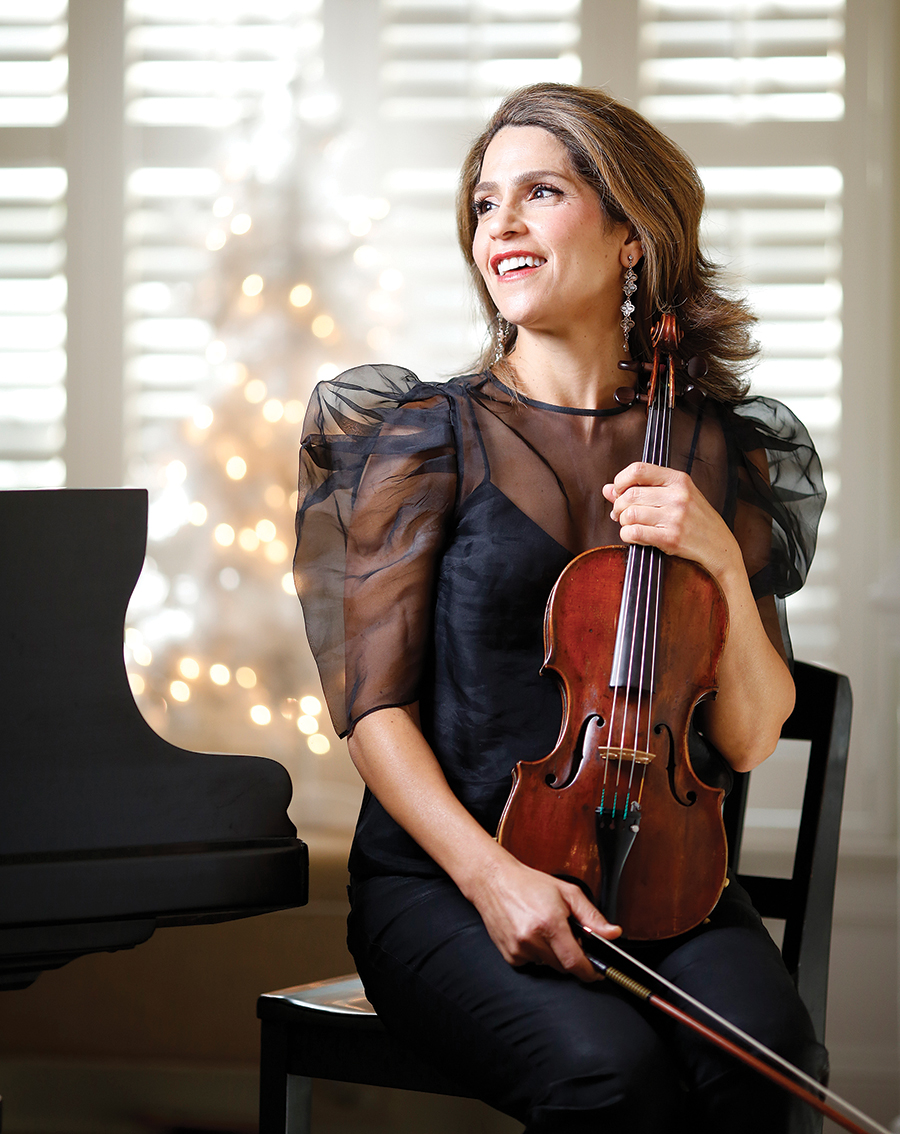 For the musicians and guests, the songs of the violin and piano awakened powerful feelings. “That evening was a life-altering experience for me,” says Wolborsky. “These instruments represent the history of my own family, and of so many Jewish families — their voices represent survival. This violin was not quieted. She still speaks.”

For Ruth, the instruments recalled decades of pain, the fortitude of building a new life and family, and the joy of music. “Mom and I cried when Jackie and Mimi played,” says Tony. “They were telling my mom’s story. She survived. The party honored her life and all she had been through to get to her 90th birthday.”

Ruth passed away last year but the story endures, a haunting reminder of darkness and hope, rendered in wood, strings, and ivory.  PS 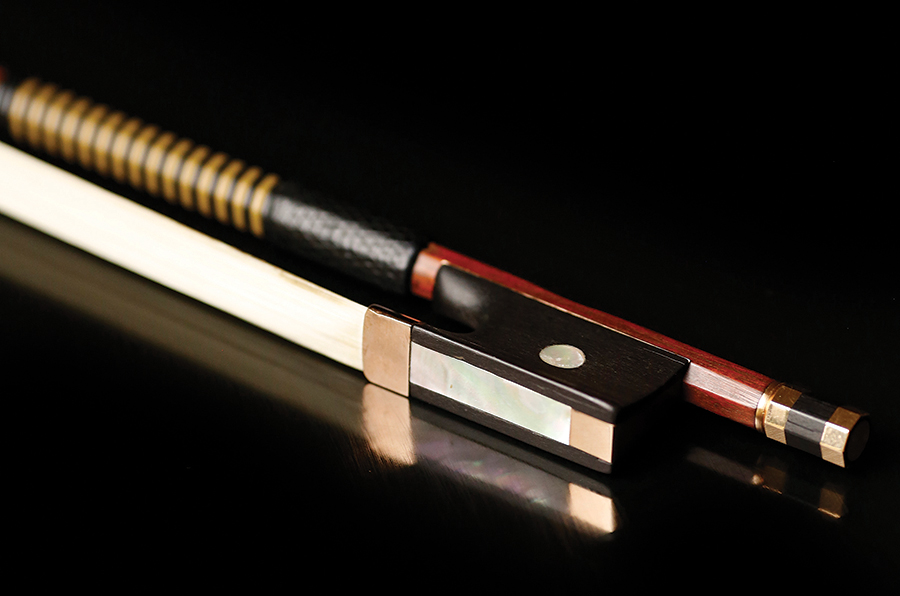 In 1993, Tony Morcos took his great aunt Natascha’s violin for an appraisal at Sotheby’s in Beverly Hills. The appraiser was drawn to the bow, noting some missing embellishments. He confided a heartbreaking suspicion to Morcos: that Natascha had removed and sold the bow embellishments — gold and mother-of-pearl, most likely — to earn money for her escape. “He had seen this story before: a desperate Jewish violinist couldn’t sell her violin — that’s her livelihood — but she could sell the accoutrements,” remembers Morcos.

He began to piece together the puzzle: “We found evidence in old letters that Natascha was trying to raise the equivalent of $10,000 to get to Cuba, including selling the gold and mother of pearl from her bow, she was trying to survive, trying to get out, but was not able to.”

Ten years later, Morcos landed in the Raleigh workshop of world-renowned bow expert Jerry Pasewicz. After examining the bow, Pasewicz confirmed the appraiser’s suspicions and restored Natasha’s bow to its original beauty, forever a reminder of a life tragically lost.