Thanks to a combination of the generosity of private donors and the availability of public funds, what was old has been made new again in the Stanley Bradshaw Performing Arts Center at Sandhills Community College. The November unveiling of BPAC, as it’s being billed, is nothing less than a generational achievement. It’s more than a renovation, it’s a re-imagining.

“I haven’t been as excited about something opening on campus in a long time as I am about this,” says SCC President Dr. John Dempsey. “I think it’s a great opportunity for the community to have a place it can be proud of, that can bring us a diverse range of cultural events.”

The Carolina Philharmonic and Judson Theatre, who both call BPAC home, will usher in this new era with November performances sandwiched around an appearance by Grammy Award-nominated pianist and singer Michael Feinstein. Maestro David Michael Wolff and violinist Natasha Korsakova will provide the soft opening on Nov. 5 for a small group of people who participated in the capital campaign. On Nov. 8-9 the entire Carolina Philharmonic, along with Korsakova, will perform Tchaikovsky’s Violin Concerto and Grieg’s Piano Concerto. 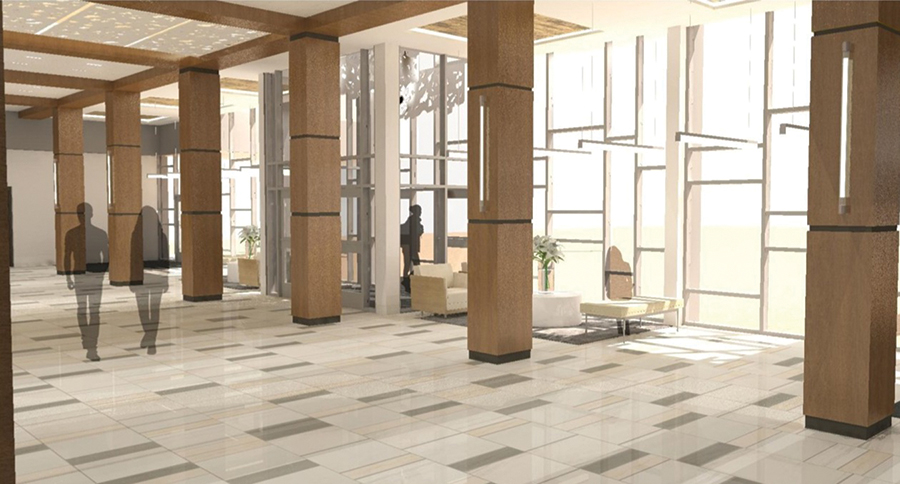 BPAC is actually four venues. The centerpiece is Owens Auditorium, renovated for just under $4.5 million. The complex also includes McPherson Theater, a black box theater that will seat 80 and serve as a venue for rehearsals, piano recitals, anything that would be swallowed up in the larger auditorium; Evelyn’s Courtyard (named after Dr. Dempsey’s wife, Evelyn) between Owens and McPherson; and the McNeill-Woodward Green, the site of spring graduation and a location for outdoor concerts and theatrical performances.

“It’s an audience-based renovation,” says Judson Theatre’s founder, Morgan Sills, of the revamping of Owens Auditorium. “It’s going to be really beautiful. I think the audience can expect a completely different experience, especially the sight lines and the acoustics will be much better. It’s so important for Moore County to have a flagship performing arts center. It’s been a long time coming, and now we have it.”

In redoing Owens, the stage remained the same, but the rest of the theater was taken down to the dirt and recast. The size was reduced from 700 seats to 600, but now there’s not a bad one in the house.

“Every seat feels like you’re really connected to the stage,” says Wolff. “All the sight lines are perfect. The seats are larger. They’re spaced out better. They’re more comfortable. It just feels like it’s intimate. It feels warm. 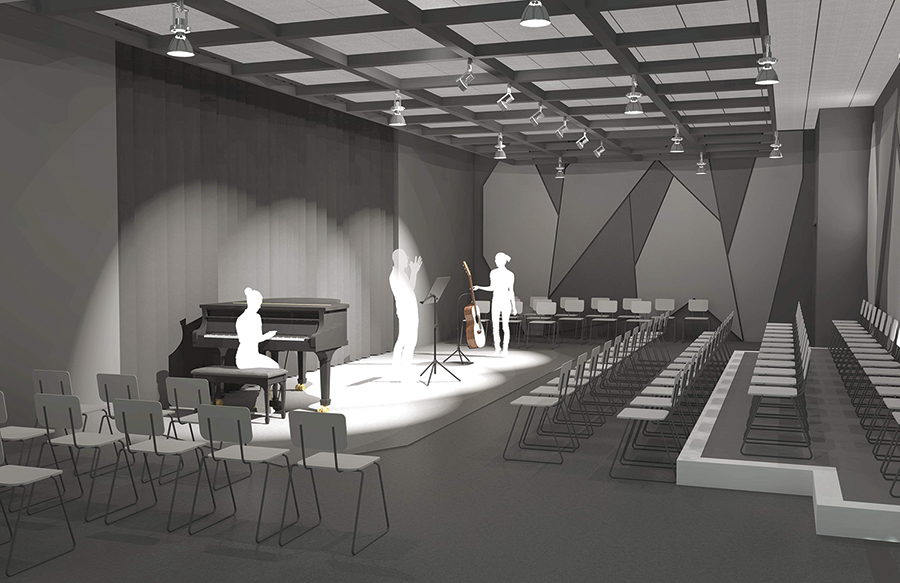 “I’ve always found that when you’re entering a college campus and you see the performing arts — upcoming concerts, upcoming art exhibits — that informs the way you feel about the entire campus. You start to feel like you’re an artist in some way. Whether you’re studying science or math or literature or languages, you feel somehow that everything you’re doing is a creative enterprise, that you’re in a creative space. That empowers.”

The auditorium’s lobby was doubled in size. Concessions will be available. It will be decorated by a 100-year-old, fully restored Bösendorfer grand piano and a painting of Korsakova created by Jared Emerson while Wolff played Rhapsody in Blue at the Philharmonic’s September gala.

Besides Korsakova and Wolff, the new star of the Philharmonic’s opening concert might be a Steingraeber & Söhne 9-foot concert grand piano. “Steingraeber is the kind of piano where they’ll do two serial numbers a year. Franz Liszt’s final piano was one of these Austrian pianos. It’s like a Ferrari, a real work of art,” says Wolff, who was test-driving another piano when he sat down at the Steingraeber. “My fingers just kind of sank into it, it was just so fantastic. It just really had this translucent gorgeous sound.” But Wolff knew it was out of the college’s price range.

Weeks later, Dempsey called him from outside Rockefeller Center in Manhattan. “David, we got that piano you liked,” he said.

“It was one of those hallelujah moments,” says Wolff. 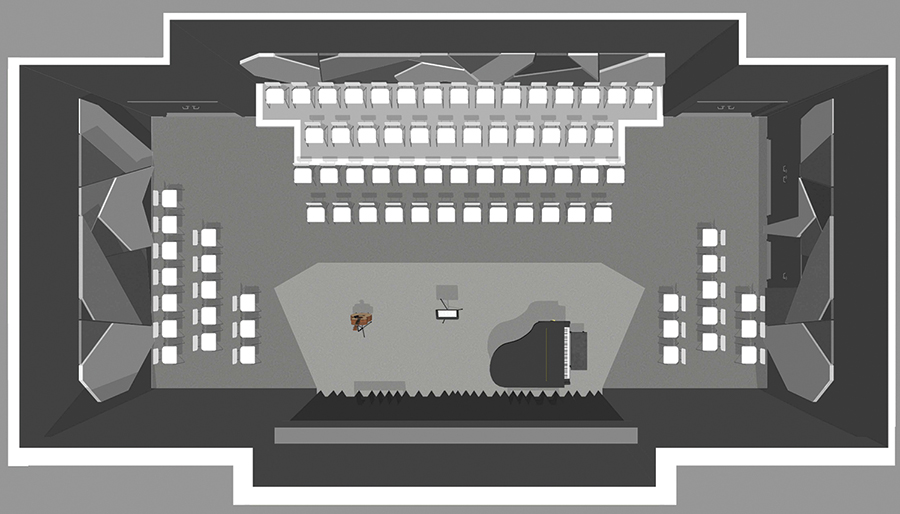 Another one will be the official opening night concert. “The first night we’re going to have the brass section and percussion come outside 45 minutes before the show starts and have a sort of ribbon cutting just to enter the hall,” says Wolff. They’ll be performing Aaron Copeland’s Fanfare for the Common Man. “That will be a noble, outdoorsy, inspirational way to kick off the performing arts center.”

Not all the attention will be focused on the stage. “Watch for the way you feel,” says Wolff. “If you look around you’re going to see everybody having a similar reaction. I think there’s going to be a real sense of joy and excitement and satisfaction that you’re going to feel through the college and the community.

“It only happens once.” PS