A Walk in the Woods

In writing and in life, Belle Boggs explores a sense of place and belonging

As they do most days, especially since the coronavirus pandemic began, writer Belle Boggs and her 7-year-old daughter, Bea, are walking through the woods near their home in Pittsboro to the banks of the Eno River. Boggs, whose most recent novel, The Gulf (2019), tells the humorous yet complicated story of a struggling writer and teacher, is a teacher herself. Her inclination to educate is evident as she pauses now and then to point out varieties of mushrooms, species of birds and the best places to ford the various creeks that criss-cross the landscape on the way to the river.

While Boggs is clearly not in the classroom at North Carolina State University, where she has taught Creative Writing since 2014, the classroom never seems very far from her mind. The names and stories of her students — both past and present — find their way into conversation easily, as does her interest in the broader implications of education in rural North Carolina, especially Alamance County, where she is at work on a book-length study of the public schools there.

Boggs and her husband, Richard, settled in North Carolina after a stint in New York City, where Boggs taught first grade in Brooklyn while simultaneously earning an education degree from Pace University. Before that, she lived in California, where she earned an M.F.A. from UC Irvine. She knew she wanted to come back to the South, and she and her husband chose North Carolina because they had friends here from his years as an undergraduate in Chapel Hill. But there was something else that brought her back: the sense of place and the benefits and challenges that come along with it. “I’m interested in the challenge of being an artist when you’re from the South,” she says. 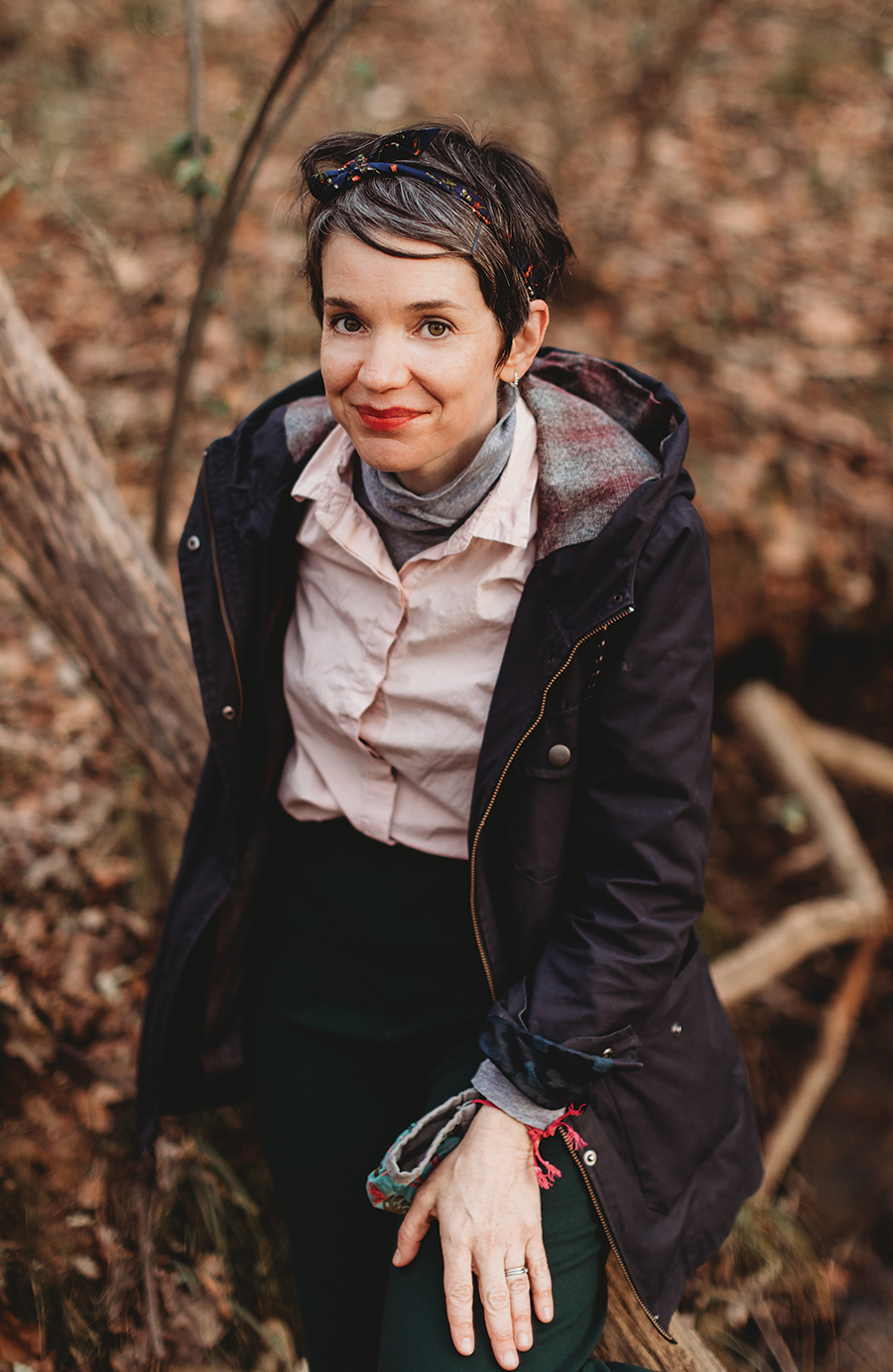 But while Belle Boggs has lived in North Carolina since 2005, one of the greatest challenges she faced was that of focusing her literary eye on her adopted state. “It took a long time for me to identify as a North Carolinian because I’d always identified as someone from a very particular place in Virginia,” she says. Her first book, the story collection Mattaponi Queen (2010), is set on the Mattaponi River in the tidewater region of Boggs’ youth and reflects her deep appreciation for place, which must have rung true to native Virginians as the book won the Library of Virginia Literary Award. It was also a finalist for the 2010 Frank O’Connor International Short Story Award, proving that the most powerful regional writing often resonates far outside the region of its birth.

Although Tidewater Virginia certainly informed Boggs’ earlier writing, rural Chatham County is clearly full of marvels for her, and she talks about them with an infectious sense of wonder. Across the river, she points to the spot where eagles are nesting in an impossibly tall tree; in the summer, she says that the waters of the Eno are often low enough that one can sit in a beach chair midstream and read a book; and she follows a path to an oak tree with a hole in its trunk that is large enough for young Bea to climb inside of and nearly disappear. But, for Belle Boggs, life outside of the woods is approached with these same investigatory powers. Along with the environment, other themes that have long held her interest — specifically race, class, education and motherhood — are rendered with the same precise detail that she uses to describe the world that she chronicles on these daily walks.

The issues of race, class, education and motherhood — instead of competing — have found a way of intertwining in Boggs’ recent work, especially once she became a mother. Her 2016 essay collection, The Art of Waiting: On Fertility, Motherhood, and Medicine, chronicles her use of in vitro fertilization after years of confronting the possibility of being childless. And while IVF led to the birth to her daughter, Bea, followed a few years later with the surprise birth of her daughter, Harriet, the process was not without its financial burdens. “As I was waiting for the medication for my IVF cycle, which is like $3,000, our well failed,” she says, “and we had to drill a new one. Both of those things were big stretches for us to pay for, and there was so much uncertainty behind them both. They became a natural metaphor for one another.” This radical honesty, both the struggle to conceive a life and the struggle to keep her own afloat, is the kind of honesty that readers appreciate in Boggs’ writing, something which she finds surprising. “I think in general I’m a pretty reserved writer,” she says, “and I try to let the facts and the details speak for what I’m describing.” 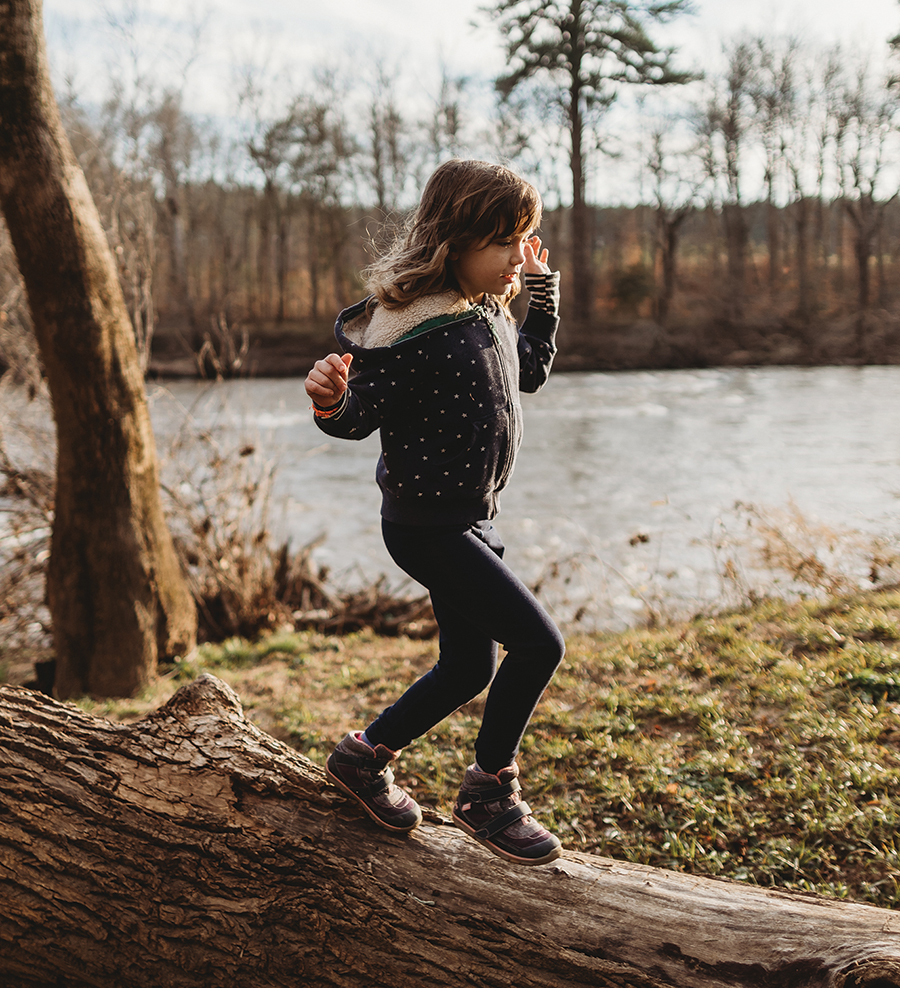 Never were the facts and details more important to undergirding the radical honesty of an experience than when Boggs recently published an essay about her and Bea and a group of people being pepper-sprayed during a peaceful march to the polls in Graham, on the last day of early voting. Boggs had taken her daughter to the march to give her an education in democracy, but what she got instead was a lesson in power: who has it, who does not and how it is used. These same issues of power are what led her to undertake her current project on public education in Alamance County, especially as it pertains to race, class and the issues of regional segregation. It is clear that Boggs’ time some years ago in the first grade classroom fuels both her current work and her deep emotional connection to primary education. “I’m lucky to be teaching in a program like the one at N.C. State,” she says. “But sometimes I feel guilty that I’m not still a first grade teacher, because I think that may be some of the most good you can do in the world.”

But while Boggs teaches undergraduates and graduate students, she has found a way to keep one foot in primary education. Over the course of the pandemic, she and Bea created a Zoom-based writing club for children in kindergarten through second grade, and, perhaps following Boggs’ lead, several of her graduate students have begun working on writing projects with school-age children.

The day is ending. The woods are growing dark. Boggs and her daughter walk back uphill away from the river toward home, where 3-year-old Harriet and Boggs’ husband are waiting. Bea walks ahead of her mother on a trail toward the house, but Boggs stops, calls her daughter back. Boggs has spotted a mushroom, and while she cannot remember the name of it, she believes her daughter may know. The two of them kneel on the forest floor to get a better look. The light is fading, but there is still enough light to see, and there is still so much to learn.  PS