Judy Goldman looks back on the Jim Crow South

I first met author Judy Kurtz Goldman in the summer of 2013 when we were seated beside one another at a dinner sponsored by a local bookstore in Spartanburg, South Carolina. Of that evening, I can remember Judy’s elegant Southern accent, her self-deprecating humor, and her teasing me that my calling her “ma’am” made her feel old. But Southerners like Judy know that the conventions you were raised under are hard to buck, regardless of whether they are based on something as benign as manners or as oppressive as prejudice.

According to the late Pat Conroy, Judy Goldman is a writer of “great luminous beauty,” and I happen to agree with him. She’s published two previous memoirs, two novels, two collections of poetry, and she has won the Sir Walter Raleigh Prize for fiction and the Hobson Award for Distinguished Achievement in Arts and Letters. In her new memoir, Child, Judy confronts the horrible legacy of the Jim Crow South while coming to terms with the fact that the customs and laws born from Jim Crow delivered one of the most meaningful and long lasting relationships of Judy’s life. The memoir explores the life she shared with her family’s live-in domestic worker, a Black woman named Mattie Culp, who came to live with and work for the Kurtz family in Rock Hill, South Carolina, when she was 26 and Judy was 3. From the moment of Mattie’s arrival, she and Judy were close physically and emotionally. They shared a bedroom and a bed. (Mattie shared the single bathroom with Judy’s parents and two older siblings.) Judy and Mattie also shared one another’s love, and that love would cement their indescribably close bond up until Mattie’s death in 2007 at age 89. 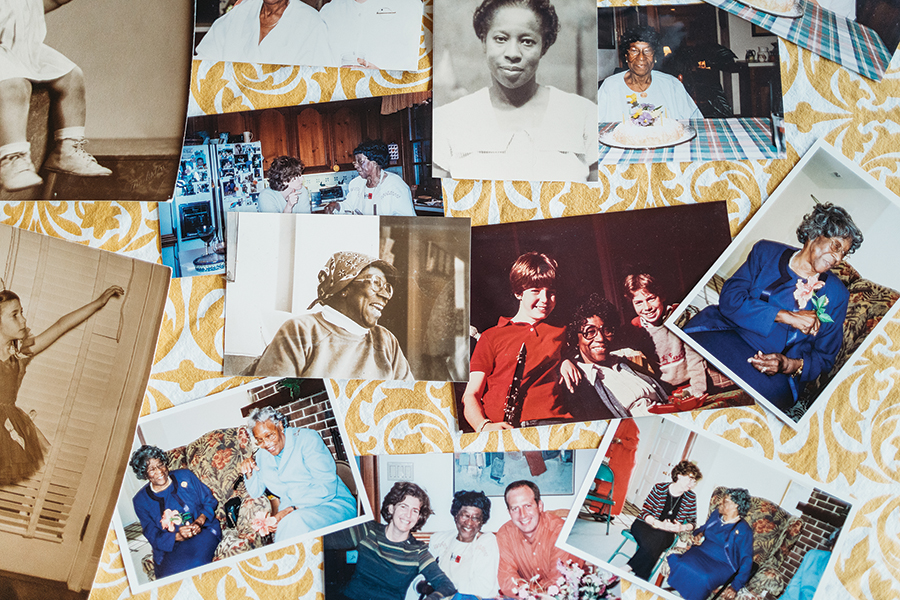 “Our love was unwavering,” Judy writes in the book’s prologue. “But it was, by definition, uneven.”

There is an old saying that writers write because we have questions, and while Judy has no questions about the depth of her love for Mattie or the depth of Mattie’s love for her, she has spent much of her adult life pondering questions about the era and place in which she was raised. Judy came of age in the 1940s and ’50s, and although she has spent decades living and raising a family in Charlotte, Rock Hill is the defining landscape of her literature.

“Rock Hill is in every book I’ve ever written,” she tells me one morning in early March. “It’s a love affair.”

But love, as Judy makes clear in writing about her relationship with Mattie, is a complicated emotion. While Judy’s childhood in Rock Hill was blissful on the surface, as an adult she looks back on her life with a discerning eye that is able to appraise the dichotomy of the Southern childhood. This act of remembering and then re-seeing brings a whiplash of honest realizations to the memoir’s pages.

For example, as a child, Judy was proud of the beautiful school with the new playground that she and other white children attended. She did not know that Mattie, who regularly walked Judy to school, walked her home and took her to play on the playground, had attended a Rosenwald School built for Black children in 1925 in the countryside 10 miles outside of Rock Hill. Judy only learned this information while writing her memoir, and she was able to find old photographs of the school: a two-room wood frame building with an outhouse, a far cry from where Judy had spent her school days.

As she grew older, Judy would wonder why Mattie and her boyfriend would sit in his car in the Kurtzes’ driveway and chat instead of going out on dates like regular couples did. “I wondered why they never went anywhere,” she writes. “I know now there was no place for those two Black people to go in Rock Hill.”

Life was good in the Rock Hill of Judy’s youth, but it was not always good to everyone. In one reminiscence, she recalls the lush gardens in her neighborhood where blossoms and blooms abounded in manicured yards. But when she would least expect it, a snake could slither free from the grass and cross her path on the sidewalk where she and Mattie walked together. “Camellias and snakes,” Judy writes. “The particulars of our lives. The irregular ground on which our life stories were built.”

The irregular ground of Judy’s childhood was laid by her parents. Her father owned a clothing store and went against local custom in the 1950s by hiring a Black saleswoman named Thelma to serve the all-white customers. (In one of the memoir’s most harrowing scenes, a white saleswoman’s husband shows up in the middle of the night at the Kurtz home and drunkenly demands that Thelma not be allowed to use the one restroom available to the store’s staff. Her father refused the request and sent the man on his way.) Judy’s mother kept the books at the store, and while Judy claims that her mother “couldn’t boil water,” she never missed an opportunity to celebrate, meaning that the Jewish Kurtz family hid Easter eggs and put up a Christmas tree every year.

These irregularities — going against local custom and religious practice — are somewhat easy to explain, considering that Judy describes her father as fair and her mother as someone who loved joy. But there were other, harder to explain inconsistencies. The Kurtzes were a progressive family, so how could they employ a live-in domestic worker who never shared meals with them? Judy, the youngest child in the family, was being raised by a Black woman who, when just a child herself, had given birth to a daughter of her own named Minnie. Why wasn’t Mattie raising her? Judy has spent much of her life pondering these questions, and she decided that taking them to the page was the best way to try to answer them, but the answers would not be easy to find, and even if Judy found them, could she trust how she had arrived there?

“Can we trust anything inside the system we were brought up in?” she writes.

Judy and I are standing at the dining room table in the third floor apartment she shares with her husband, Henry, near Queens University in Charlotte. Family photographs are scattered on the table in front of us. In the living room, my daughters Early and Juniper peck away at the piano while Mallory breaks down lighting equipment and talks to Henry. He stands with the cane he has used since recovering from what was supposed to be a routine back surgery that ended up briefly paralyzing him, resulting in years of physical therapy just to be able to stand and walk again.

Judy’s last memoir, Together, which was published in 2018 and received lavish praise, including a starred review from Library Journal, is about Henry’s surgery and its aftermath, but it is also about their long and loving marriage. I look down at the photos of Mattie and recognize her from the photograph on the cover of Together. In that photo, a newly married Henry and Judy are coming down the steps of her parents’ home while smiling friends toss rice into the air. Mattie stands in the background, smiling as if her own youngest child has just gotten hitched.

I ask Judy, after a lifetime of knowing Mattie, what made her want to publish a memoir about her now.

“I think it felt right to publish it when I turned 80,” she says. “I thought, if I don’t do it now, I’m not going to do it, it won’t get done.” She pauses, looks down at the photographs. One of them, a black and white portrait of Mattie taken around 1944, which was when she came to work for the Kurtz family, stares back at us. “I never thought I had the right to tell this story,” she says. “A privileged white child in the Jim Crow South talking about her Black live-in maid. The more details you hear, the worse it sounds.” 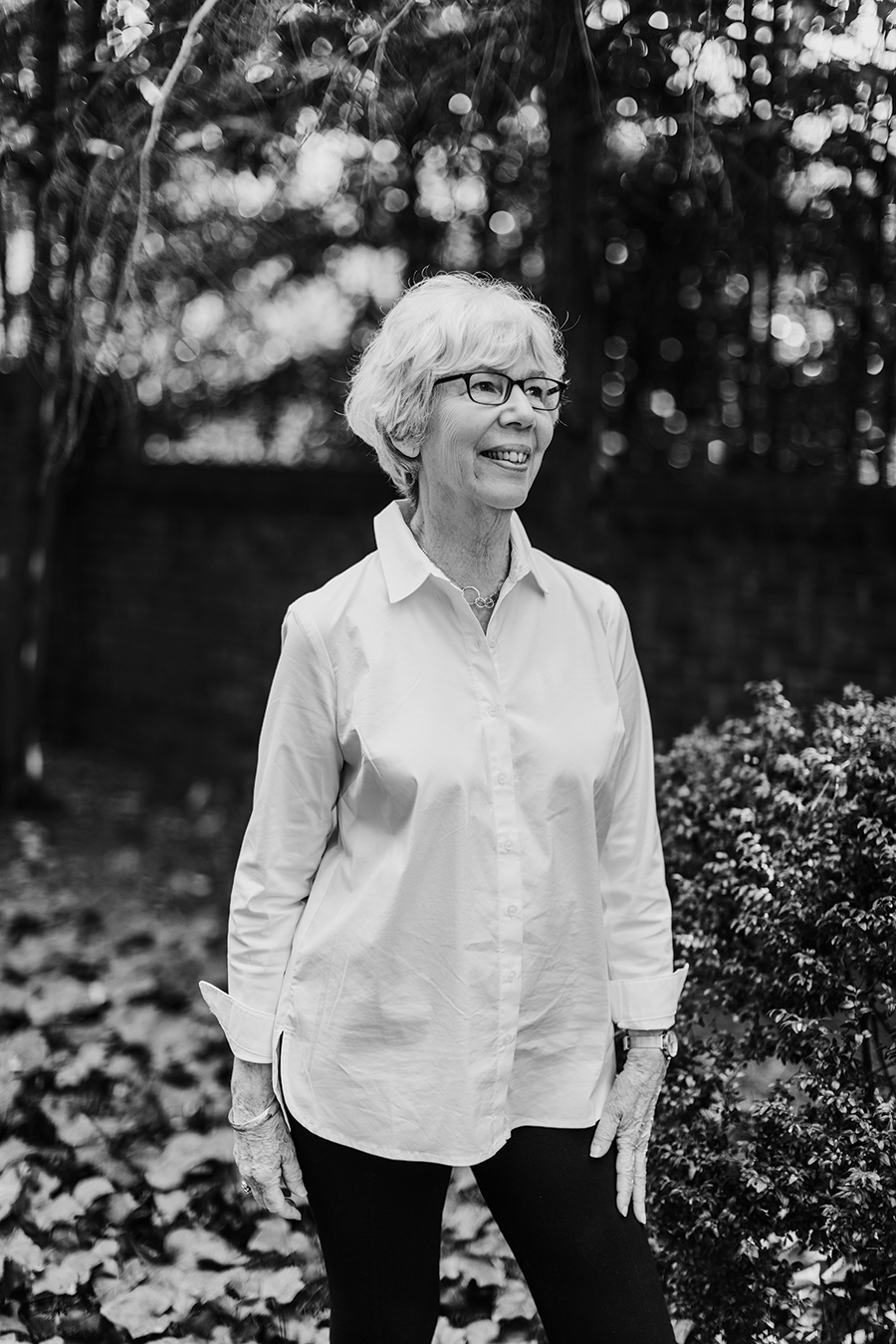 But over the years Judy came to understand that her and Mattie’s story differed from the stories some of Judy’s friends and acquaintances would tell about the hired women who had raised them. Judy often came away from those conversations with the full understanding that many of those people had not truly examined the inequity of those childhood relationships, choosing instead to focus only on the love Black women had shown their white charges, not the full scope of what the price of that love might have been.

“I don’t want to join them in that,” Judy says. “If my book did not really examine that situation with Mattie and me, then I wasn’t going to publish it.”

Child is full of Judy asking tough questions of herself, her family, and the place she has always called home. “How do I cross-examine the way it was?” she asks in one scene. “Can we ever tell the whole truth to ourselves?” she asks in another.

Child shows that truth — at least truth of a sort — can be found. When she was a teenager, Mattie’s daughter Minnie learned that the woman she had long assumed was her aunt was actually her mother, and Mattie eventually put Minnie through college. She would end up earning a master’s degree, as would Mattie’s three grandchildren. The irregular ground of life’s stories. Camellias and snakes. Jim Crow and a lifelong connection that endures beyond death. As Judy writes in her closing lines, “It is possible for love to co-exist with ugliness.”  PS