Whether you know him as Dr. Martinez or Marty Most, you know The Big Easy is alive in his heart and his photos

Nestled in a patch of pine woods just south of Wilmington, Dr. Maurice Martinez, New Orleans’ first beat poet, is sitting in a favorite chair in his sunlight-flooded living room. At his feet are several crates of black-and-white photographs, carefully encased in plastic sleeves. He bends down to pick up an image, staring at it for a moment before gesturing toward the subject — a Black man in a suit playing a soprano saxophone. The man’s eyes are closed in concentration.

“John Coltrane was the most serious musician I’ve ever met,” says Martinez. He looks back down at the photograph with such intensity it’s as if he’s traveling back in time, peeling back the years and the stories that led him from a childhood in New Orleans to the halls of American academia by way of a barnstorming concert tour across Brazil. Photograph in hand, Martinez’s mind and memory are focused on the string of shows Coltrane played when he came to New Orleans in 1963. Martinez and his camera were there to capture it. He presented a composite of several of the photos he took to the jazz musician. “When he saw it, he got warm and opened up,” Martinez says. “He could see that I was serious about music, too.”

Maurice Martinez has been serious about many things over the course of his life — music, education, social justice, documentary filmmaking, plus Creole heritage and history — but jazz and photography have been lifelong staples. His two passions have recently come together in A Time Capsule in Jazz, an exhibit on display at the Genesis Block Gallery in downtown Wilmington until October 20. 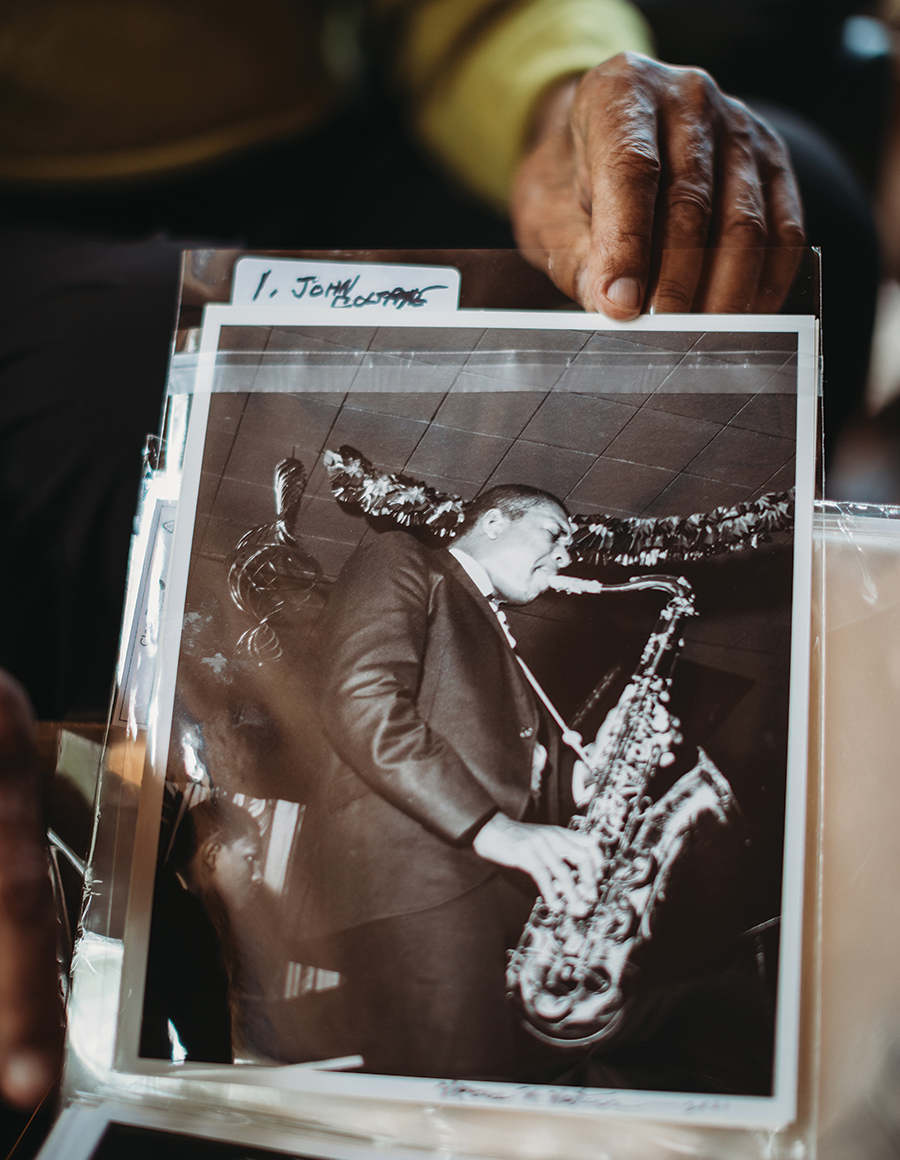 Martinez was a college student at Xavier University in Louisiana when he first began to take photography seriously. His early steps were tentative, but experimental.

“It was a little black box, and it only had one speed on the shutter,” he says. “But it also had a way that you could do a time exposure by disengaging the automatic shutter.”

And so he did just that, then put the camera on the desk.

He soon moved on to Instamatics and 35mm cameras, experimenting with various lenses before graduating to better and more advanced equipment. After starting a wedding photography business with a buddy, he soon learned that the best photographs came at what he calls “the peak moment of joy,” such as when the newlyweds are seated in the limousine and the wedding and all its fuss is behind them. Only then do you see the couple relax, he says.

Martinez saw that those moments of joy were also evident in the jazz musicians who brought their soulful music to New Orleans in the 1960s. Music had always been a passion for Martinez, and his parents recognized his talent when he was young. A local university offered a junior school of music, so Martinez began piano classes there when he was 9 years old with his buddy Ellis Marsalis. Martinez would eventually step away from the piano and pick up the bass, purchasing what was reportedly the first electric bass played in New Orleans. Along with his photography business, he founded a jazz quartet that played gigs for fraternities at Tulane.

When he finished college at Xavier, one of his professors encouraged him to apply to graduate school at the University of Michigan. While segregation ensured that state universities in Louisiana were closed to people of color, $750 grants were available to Black students who sought degrees outside the state. But by the time Martinez had been granted admission to Michigan, the December deadline to apply for the Louisiana grant had passed. His father, who had made a career as a master bricklayer and stonemason, reached out to one of his wealthy patrons, and the $750 needed to enroll at Michigan was secured. Martinez packed up his camera and headed north, bringing his love for jazz with him. 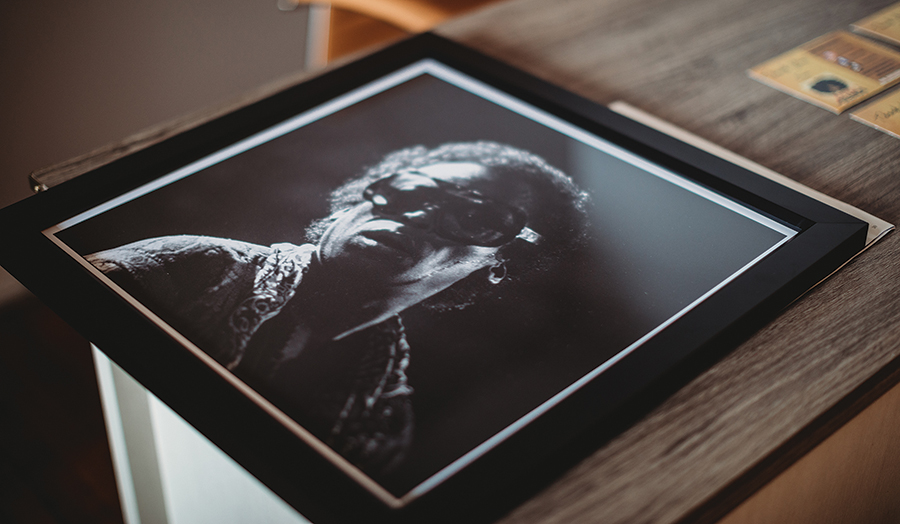 At Michigan, he found himself as the music curator for a creative arts festival, and while many of the students wanted to invite The Who and other rock’n’roll bands, Martinez invited Miles Davis.

After finishing his M.A. in education at Michigan, Martinez returned to New Orleans and followed in the footsteps of his mother by teaching math in the local public schools for six years. His mother taught in the local schools before opening a private school that first catered to Creole children and educated some of the city’s most exceptional Black citizens, including Wynton Marsalis, a former mayor and a former chief of police.

But Martinez felt himself floundering after returning home. People encouraged him to leave the city and make a name for himself, so he returned to the University of Michigan for a doctorate in education. It was there, while studying Portuguese, that he discovered a Ford Foundation grant that was sending students on internships in Latin America. After landing a grant, he lived in Brazil for two years, studying the ways in which tradition and modernity affect life in urban and rural cities. He was also taking photographs and playing jazz. Along with another American and three Brazilians, he formed a quintet called Grupo Calmalma de Jazz Livre, and they went on to play a 14-city tour sponsored by the U.S. Embassy.

It was after returning to Michigan to complete his Ph.D. that Martinez met Marjorie, the woman who would become his wife of 48 years. After graduating, the couple moved to New York City, where Martinez spent 24 years teaching in the education department at Hunter College, taking students and professors into some of the city’s most challenging schools in order to gain a clear perspective on the profession that he was preparing students to pursue.

The experience was fraught with issues of race, class and caste, but coming-of-age in New Orleans assured that he was familiar navigating that terrain. 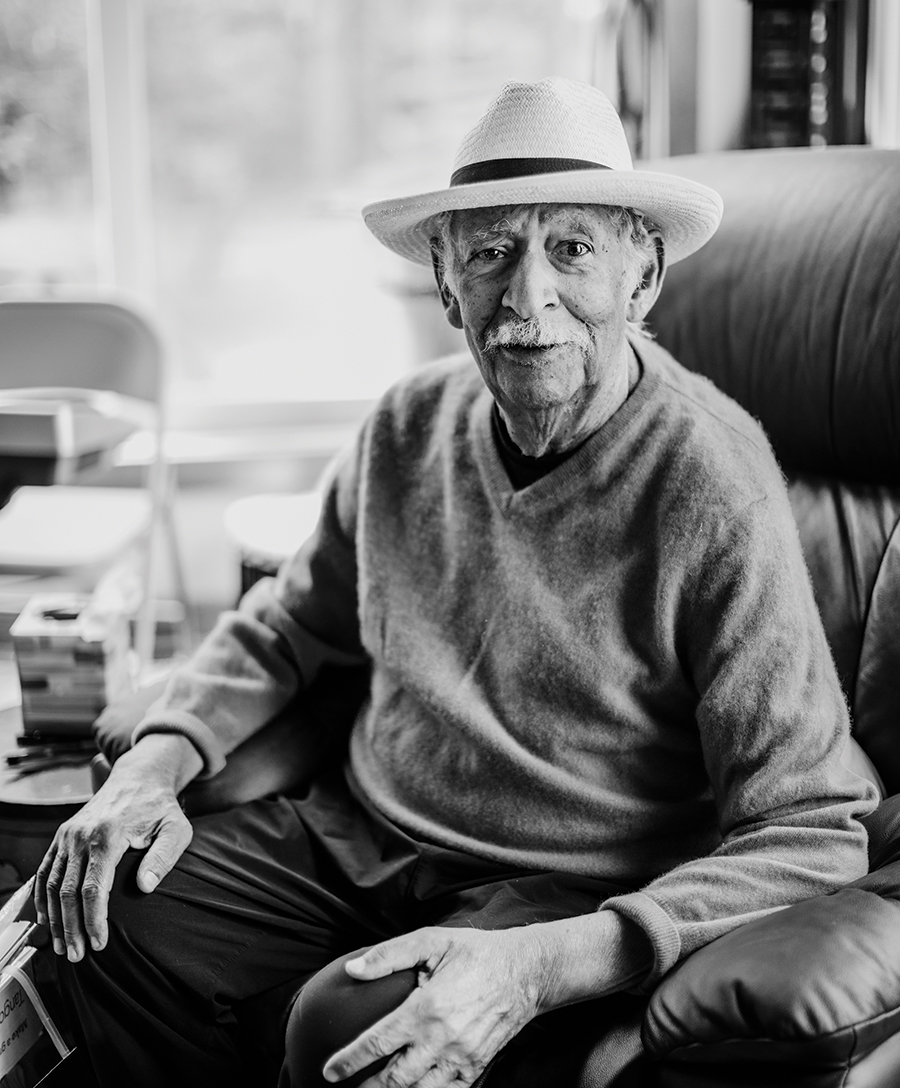 By the early ’90s, Martinez had grown weary of life in New York, and when he was invited to join the faculty in the UNC-Wilmington’s Watson College of Education as a visiting professor, he jumped at the chance. He joined the full-time faculty the following year, spending 20 years as a professor in the Department of Instructional Technology, Foundations and Secondary Education.

But no matter where he has lived, New Orleans has always been alive in his heart. After all, he is known as Marty Most, Jazz Poet and credited as the first person to put the words “The Big Easy” in print:

Have you ever been to an old time jazz man’s funeral in my hometown?

Put on your imagination, baby, and come on down

To an old time jazz man’s funeral in my hometown.

What’s the biggest difference he sees between Wilmington and the Big Easy?

“Wilmington was settled by the British,” he says. “So we have the Azalea Festival. But things would be different if it had been settled by the French.” He leans forward, a smile playing across his face, a light twinkling in his eye. “Because then we’d have Mardi Gras.”  PS

Wiley Cash is the Alumni Author-in-Residence at the University of North Carolina-Asheville. His new novel, When Ghosts Come Home, was released last month.