Man of the Earth

According to acclaimed plantsman Tony Avent, the universe has plans for you — and your garden

For someone who has spent much of his life hunched over the earth, his fingers threading through soil, rocks and roots, Triangle plantsman and nursery proprietor Tony Avent spends an awful lot of time talking about invisible energy and the unseen hand of the universe. Listen closely and you will hear him say things like: The universe has plans for you, and you can’t fight them; The plants tell me where they want to go; and The energy of the world speaks to us all.

This kind of talk may sound hokey until you visit Avent’s Juniper Level Garden in Raleigh, a place so magical and mysterious that it is not hard to believe that a divine force once struck this ground and caused all manner of flora and fauna to spring forth. But, in reality, that is not what happened. The truth is less supernatural and much more natural. Avent’s 28-acre garden was once a sprawling tobacco field, and when he set out to tame this land 30 years ago he did so with nothing but a shovel and a suspicion that something otherworldly could happen here. He was right.

Avent’s Juniper Level Garden and the on-site Plant Delights Nursery, where the garden’s specimens are grown and propagated, have become the nation’s standard bearer for garden horticulture. Avent has forged a career as a well-known and charismatic spokesperson for a movement dedicated to growing and developing gardens instead of simply planting them. His formal career began after graduating from NC State University with a degree in horticultural science before working his way toward the position of landscape director at the North Carolina Fairgrounds. Soon, he found himself on plant expeditions across the United States and in countries like South Africa, Mexico, China, Croatia, and Thailand. Along the way, he has given nearly 1,000 lectures, published dozens and dozens of articles, been featured in national media, and appeared on television alongside Martha Stewart on channels like HGTV and NBC. 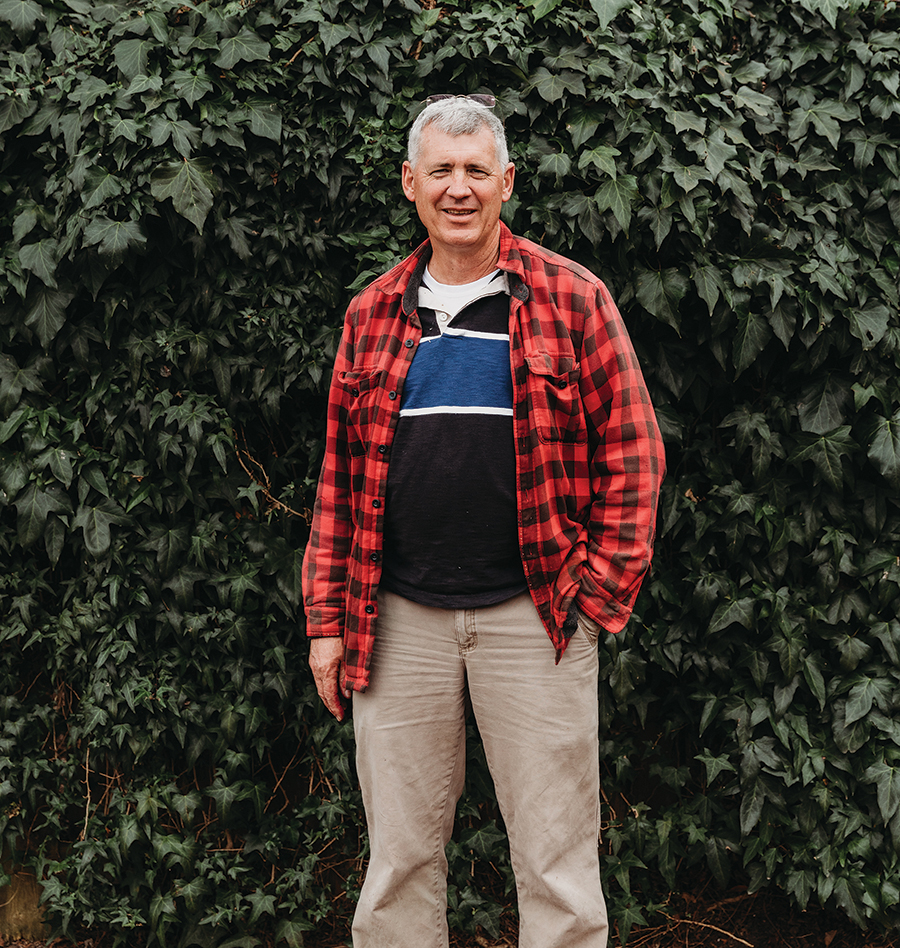 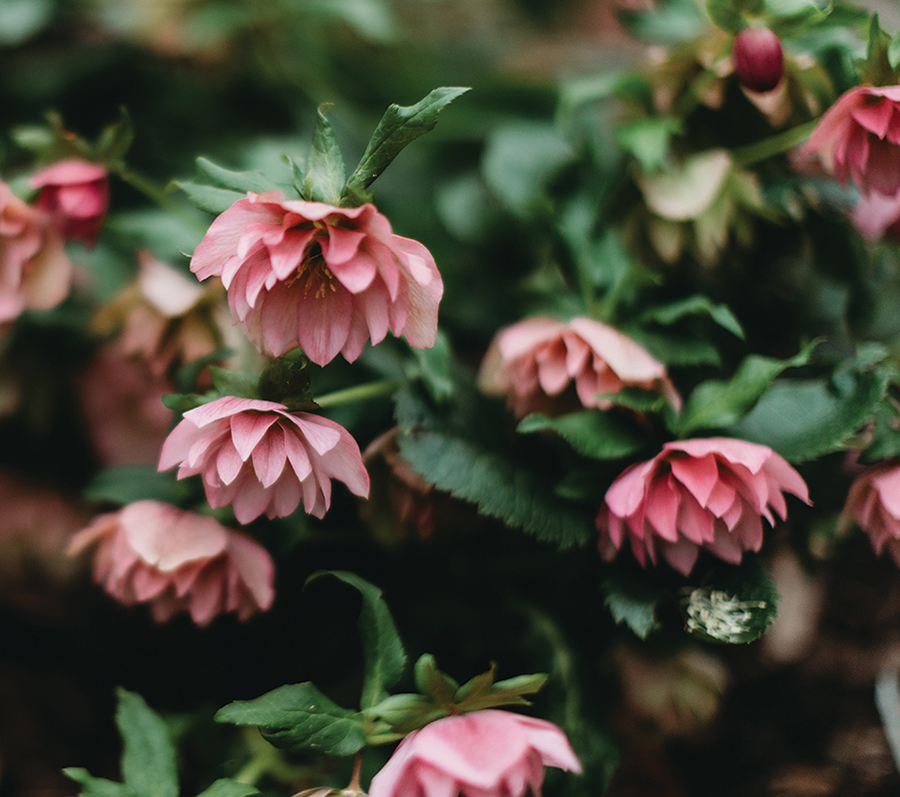 With all that travel and so much glitz and glamour, what has kept Avent’s hands dirtied by his native soil in Raleigh? Perhaps it is the fact that the region’s climate and geography are so amenable to his work.

“This garden can grow the best diversity of plants anywhere in the country outside the Pacific Northwest,” Avent says. He is standing on a pathway in the middle of the garden on an early afternoon in February. Spring may be a few weeks away, but the garden feels surprisingly dramatic and alive. “We designed the garden so that something is always blooming, always green, always living,” he says. “The garden is always in transition. It’s always changing.”

The we he mentions refers to himself and Michelle, his first wife and high school sweetheart, who passed away in 2012 after a long battle with cancer. The two of them had known one another since they were children, and their families had been in the area for centuries. As a matter of fact, one of Avent’s ancestors began operating the ferry that crossed the Cape Fear River in 1775, thus the name of Raleigh’s Avent Ferry Road. Avent and his late wife purchased the house that is now used for the garden’s offices in 1988, along with 2 acres of surrounding land. They had hoped for peace and tranquillity, but that was not quite what they found.

“When we first moved here, nobody in this part of the county knew what a muffler was,” Avent says. To counteract the noise from the road in front of their home, Avent spent his evenings after dinner digging out a place for a huge grotto with a waterfall, an area of the garden so elegant and alive with plant life that it appears to have been here forever. The sound of falling water does not just shut out the noise of traffic; it shuts out the noise of the world. Perhaps that makes it easier for Avent to listen to what the universe is telling him. 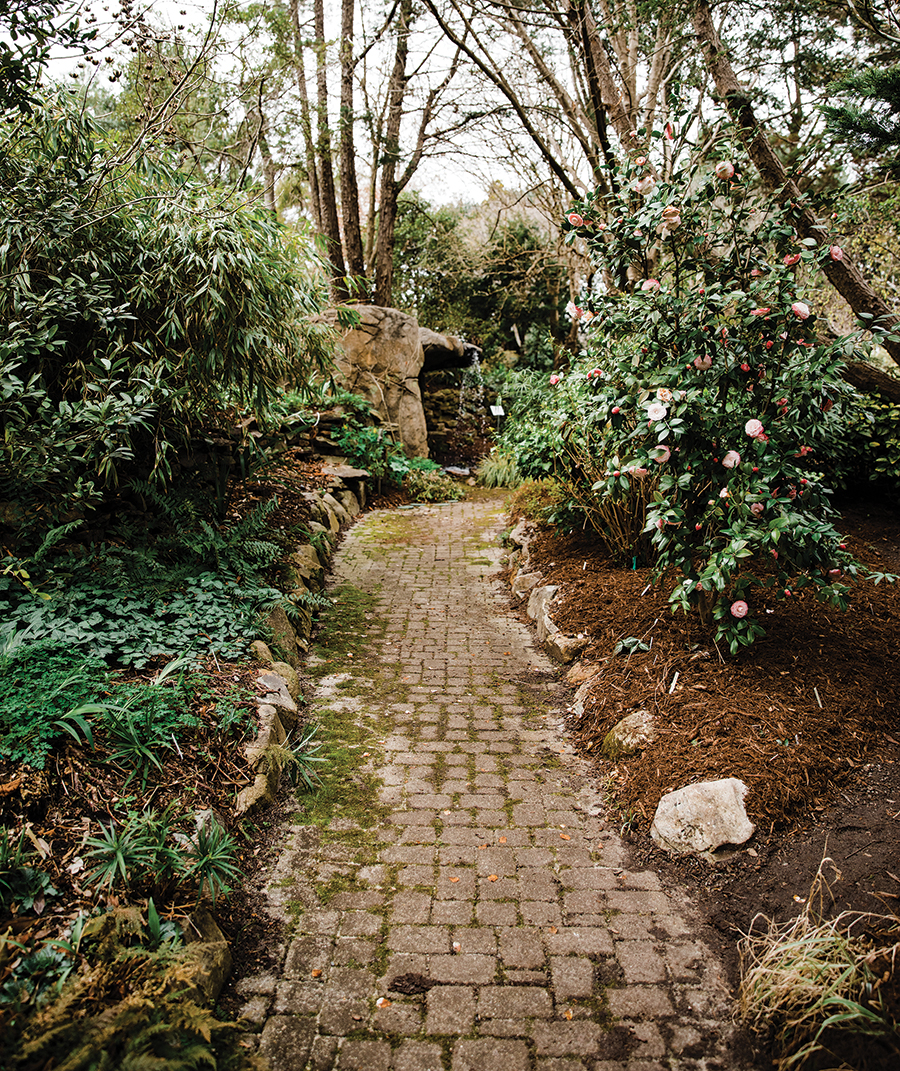 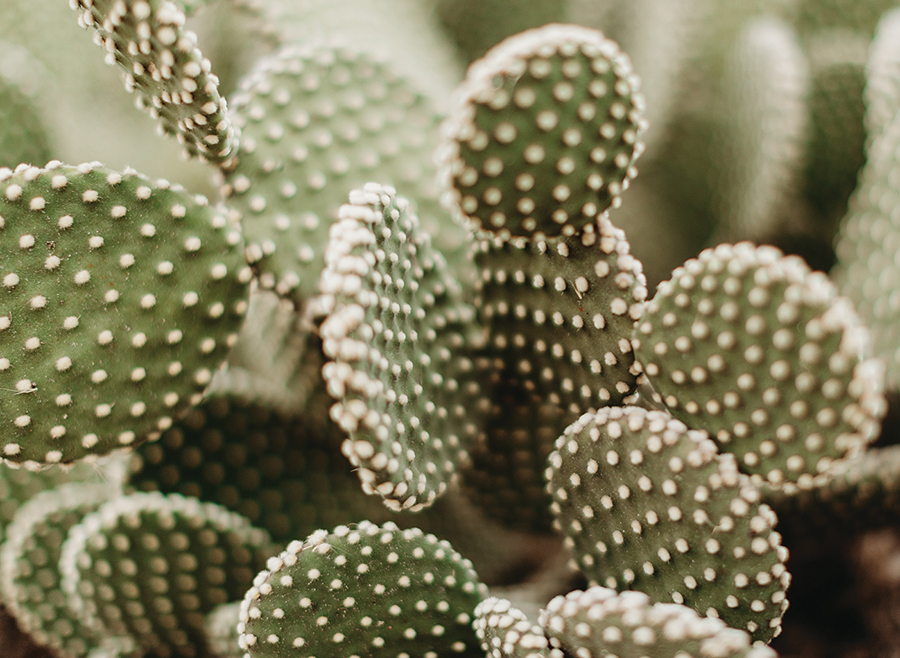 Michelle’s death had him reeling, but, according to Avent, “sometimes the universe has other plans.” His late wife had urged him to remarry after her passing, so nearly two years after her death, Avent found his way to online dating, where he eventually began chatting with a local woman. She turned out to be much more local than he could have ever imagined. He and his current wife, Anita, have known one another since they were in Sunday school as children. Her grandfather worked a farm only a few miles away from Avent’s garden enterprise. Even their parents had known each other for decades.

It is also the tutelage, tragic death, and legacy of Avent’s mentor J.C. Raulston that keep him tied to this place. Raulston was an acclaimed horticulturist and the first director of the North Carolina Arboreteum. Avent was one of Raulston’s students at NC State, and he studied Raulston and his work closely.

“Working with him was the first time I had somebody who thought like I did,” he says. Avent designed Juniper Level Gardens as an homage to Raulston’s arboretum, and the two gardens seem to be in conversation with one another. Although Raulston perished in an automobile accident in 1996, to Avent, he never seems out of reach. “I can feel his energy in his garden at the arboretum,” Avent says. “And I can feel it here. It made sense for me to stay here.”

The roots of this world traveler and plant adventurer run too deep to be moved, or transplanted.

None of this really seems to surprise Avent. He possessed a passion for plants from a very early age, and his life’s first major disappointment set him on a course that would find him nurturing a single plot of land into something steady and permanent. 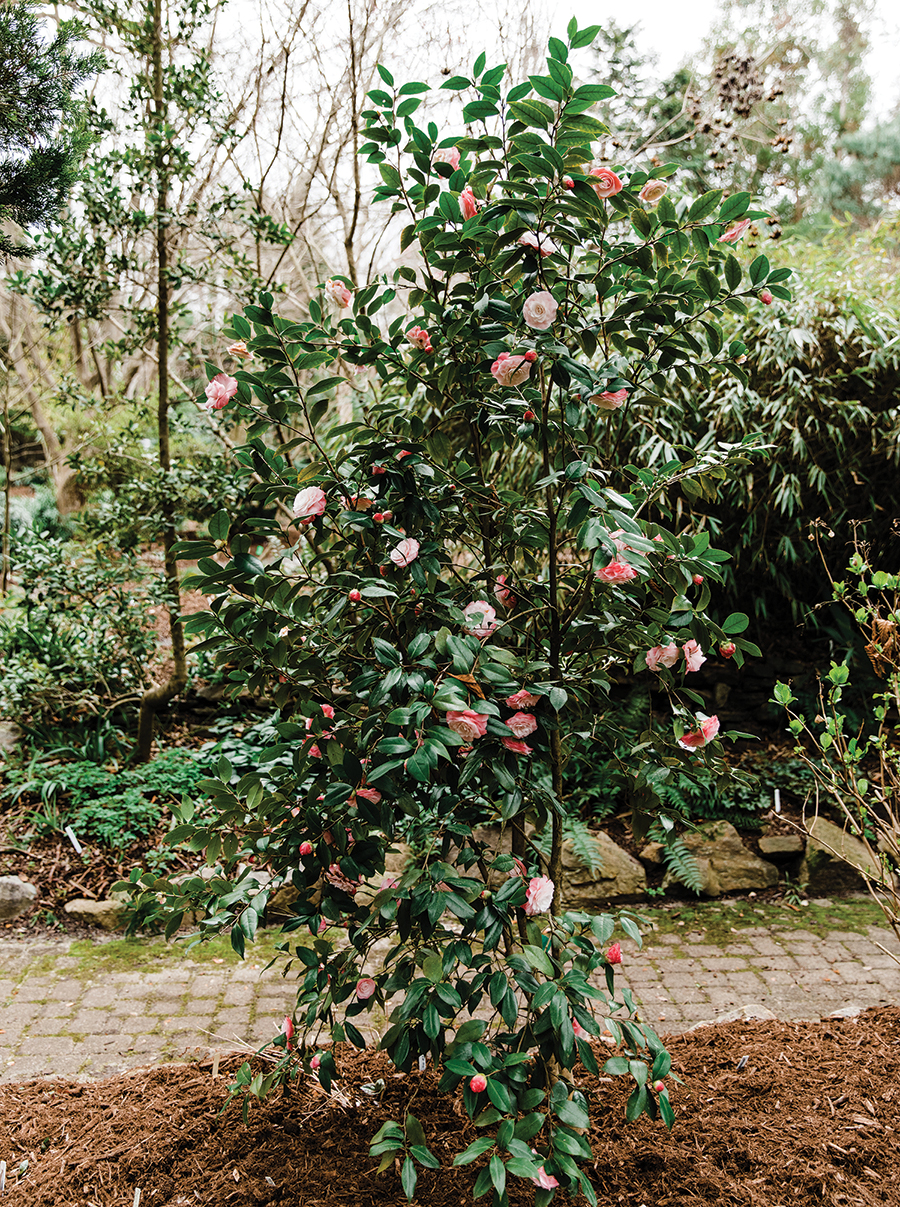 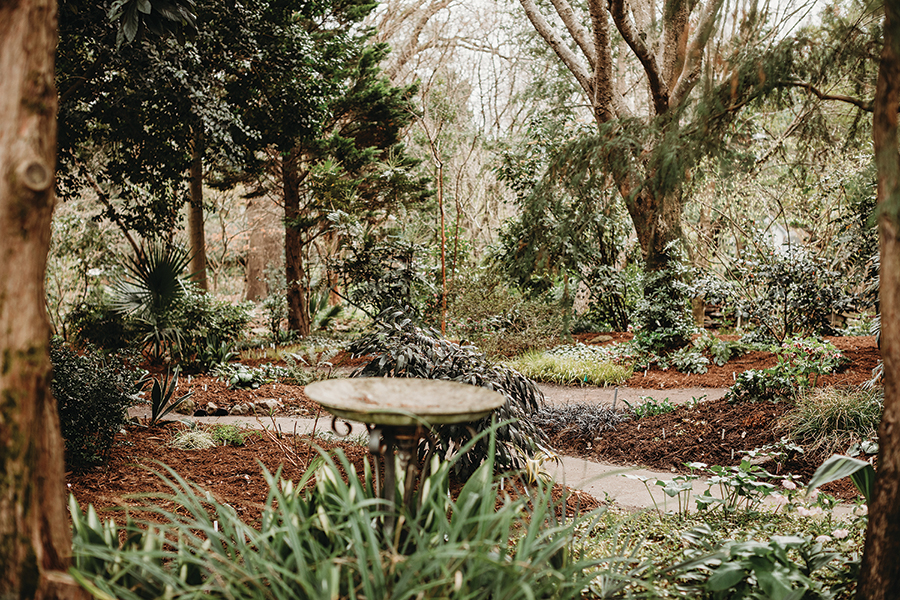 Avent was fascinated with plants and greenhouses as a young child, and in his early teens, he begged his father to take him to visit what he believed was the premiere garden in the world: Wayside Gardens in Greenwood, South Carolina. He was certain of the garden’s beauty because he had been receiving their mail-order catalog and would spend hours studying it. But when he and his father arrived after their journey south, Avent found nothing but a brick warehouse to which plants were shipped and from where they would be shipped again once they were sold.

“I was so devastated,” he says, “and I remember thinking, When I grow up I will build a place that no one is ever disappointed in when they come visit.”

With the recent announcement that Avent and his wife have gifted Juniper Level Gardens to NC State University, Avent has assured that not only will people never be disappointed in his garden, he has assured that they will be able to visit it in perpetuity, a plan that perhaps the universe saw coming. That is important to Avent because he wants the energy of this place to be felt by others.

“I get energy from everything out here,” he says. “I never wear gloves, and now it has been discovered that the electrical energy in the soil is touching you, you’re feeling it. This energy can’t be created, and it can’t be destroyed. It’s always going to be here.”

No matter where he goes, the universe has decided that Tony Avent will always be here too.  PS 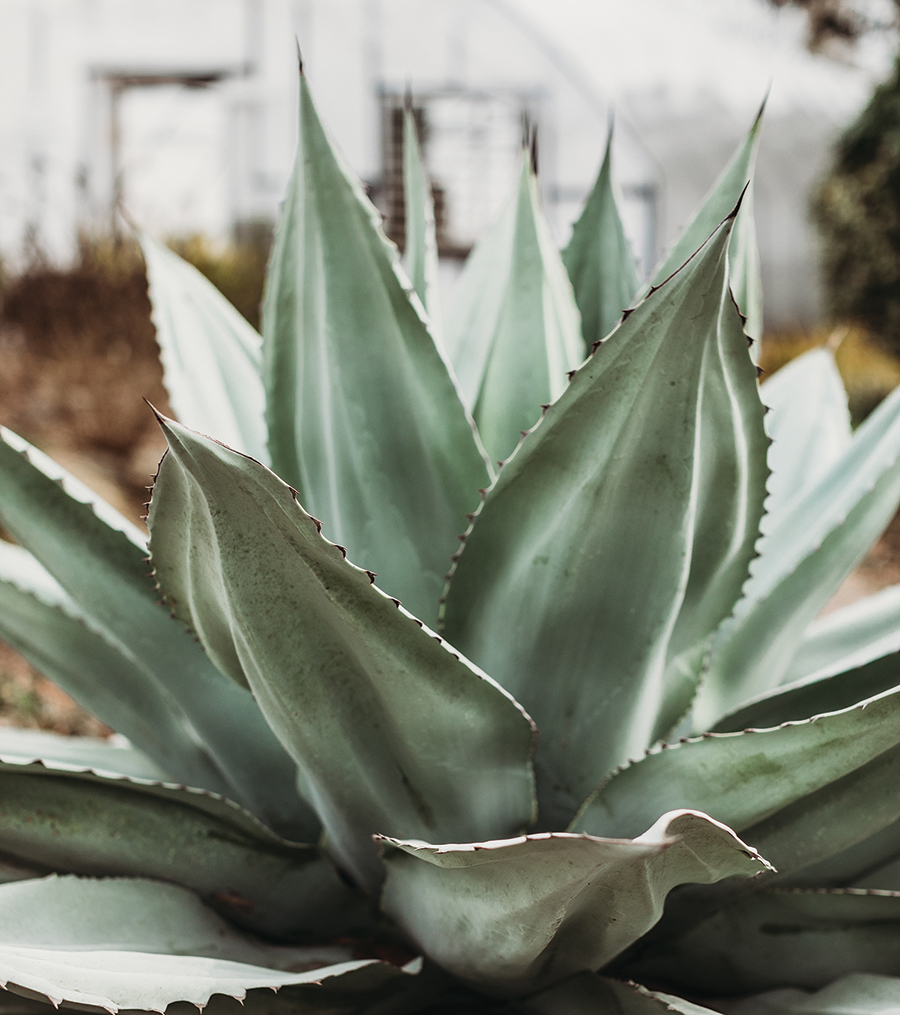 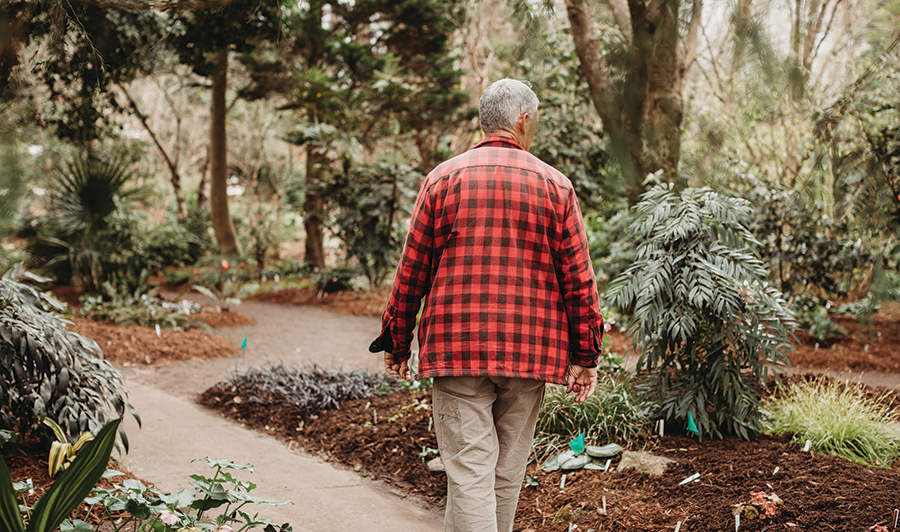