Thanksgiving on the Edge

When a can of cranberry sauce just won’t do

Sarah Josepha Hale, a magazine editor and the poet who made the nursery rhyme Mary Had a Little Lamb famous, also led the charge to make Thanksgiving a national holiday, earning her the nickname the “Mother of Thanksgiving.” She wrote about a Thanksgiving feast in her 1827 novel Northwood, and, after that, it was all-turkey-all-the-time for Hale. She even published editorials, recipes and poems dedicated to the holiday hopeful.

Her appeal didn’t get picked up until Lincoln proclaimed “a day of Thanksgiving and Praise” in 1863, but, ever since (or just about), it’s been stuffing, turkey, pie, repeat. Except for this year. It’s not that we don’t love the traditional lineup — we do — but you already know what that spread looks like. So instead we asked some of our most creative local chefs to whip up a six-course visual feast that will make you wish they were your relatives. It’s not your grandmother’s Thanksgiving, that much we know for certain. 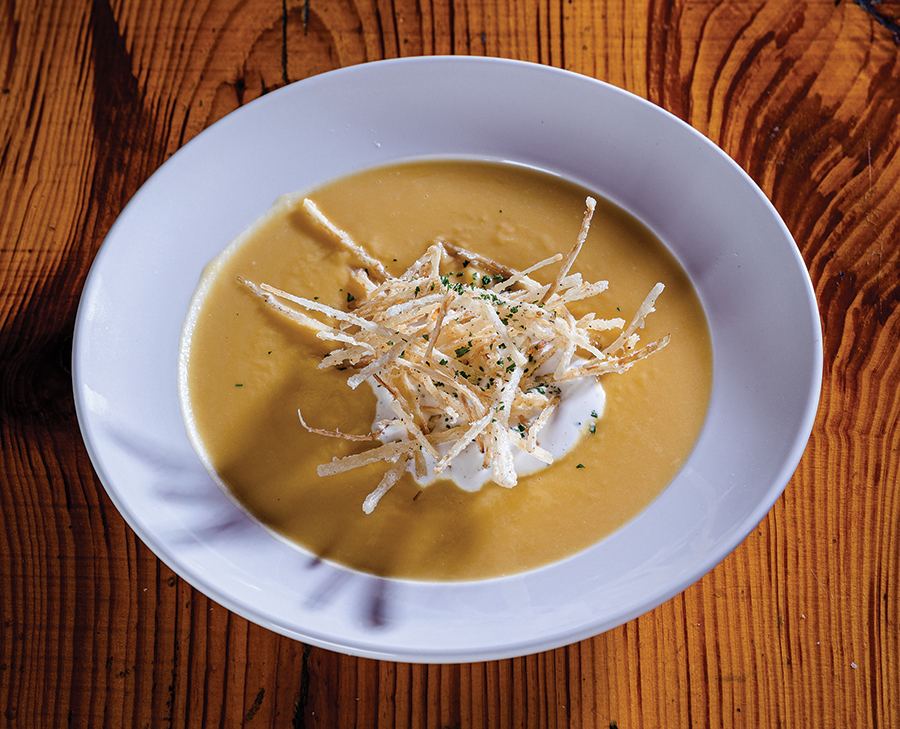 First up, Chef Peter Hamm of Chapman’s Food & Spirits magic-upped soup for that friend who can never decide between sweet and savory. He combines butternut squash and the classic potato-and-leek duo in a pureed soup that’s topped with a dollop of Chantilly cream and garnished with crispy fried leeks, the sophisticated cousin of onion straws. They give you architectural height that you never knew you wanted in a soup, but now you do. And while it looks too pretty to eat, you’d regret not draining the bowl. 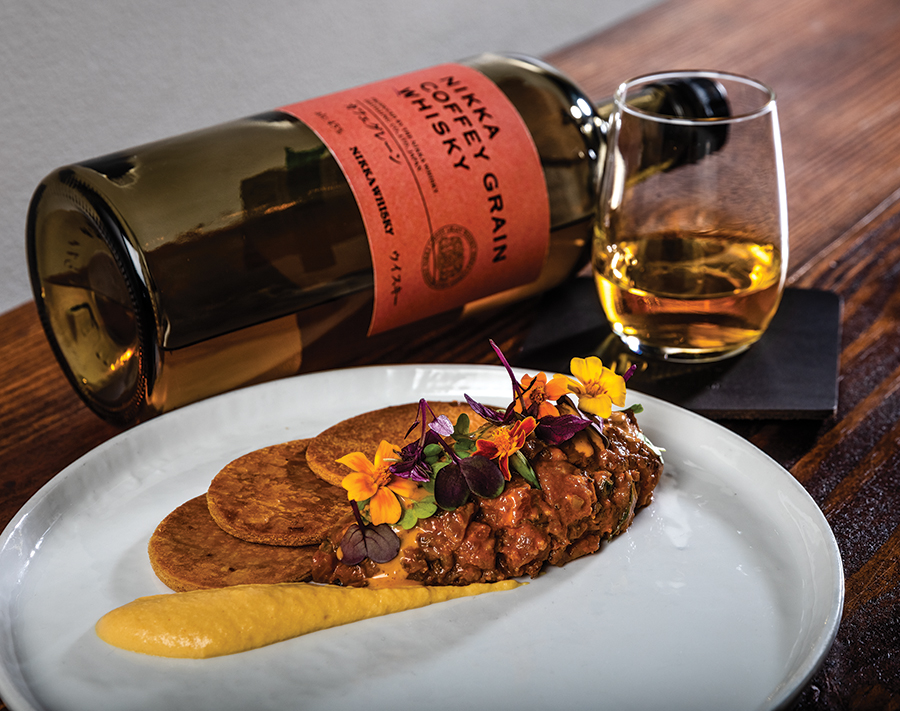 “I usually try to think of something that’s a classic that everyone can relate to and slightly tweak it,” says Chef Orlando Jinzo of The Leadmine Whiskey Bar and Kitchen. And this time, Jinzo deconstructs Beef Wellington and reimagines it as a tartare through a Southeast Asian lens. The result is an off-the-wall appetizer starring Wagyu beef, black garlic pâté and pickled mushroom duxelles. It’s served with a swipe of, and I quote, “verrrrry spicy mustard” and puff pastry crisps for dipping. Jinzo recommends pairing his course with Nikka Coffey Grain Whisky — or, as he prefers to call it, breakfast whiskey. 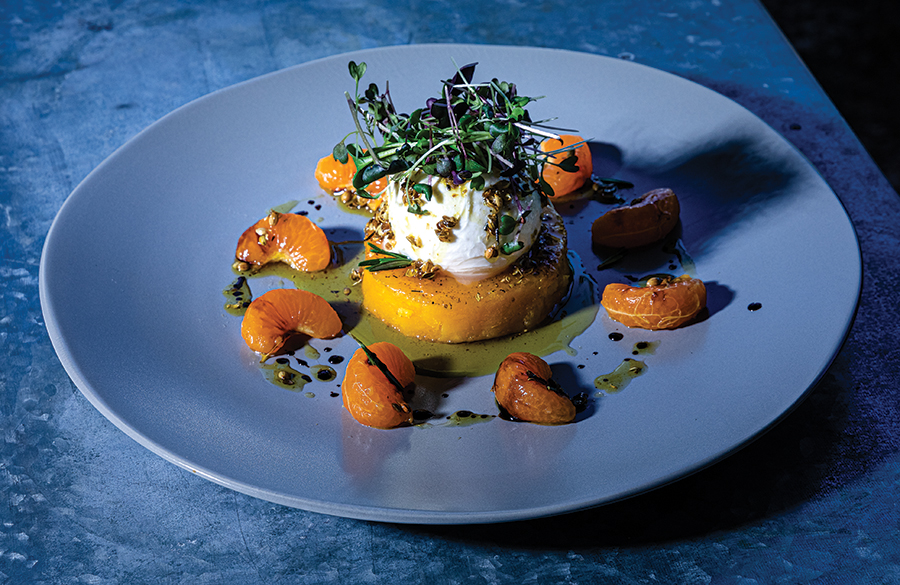 Chef Mark Elliott of Elliott’s on Linden has been reworking the classic tomato-and-mozzarella caprese for years. He’s done mushrooms and cheese in the past, but, for this visual feast, he pays homage to the fall with squash. “It’s roasted butternut squash with burrata, which is basically ripe mozzarella,” says Elliott, “and it’s got coriander olive oil over it, balsamic with an accent of rosemary in that and microgreens on top.” Plump tangerine slices complete the dish — Elliott says he loves the little citrus fruit during the holidays, and, thanks to him, so do we. 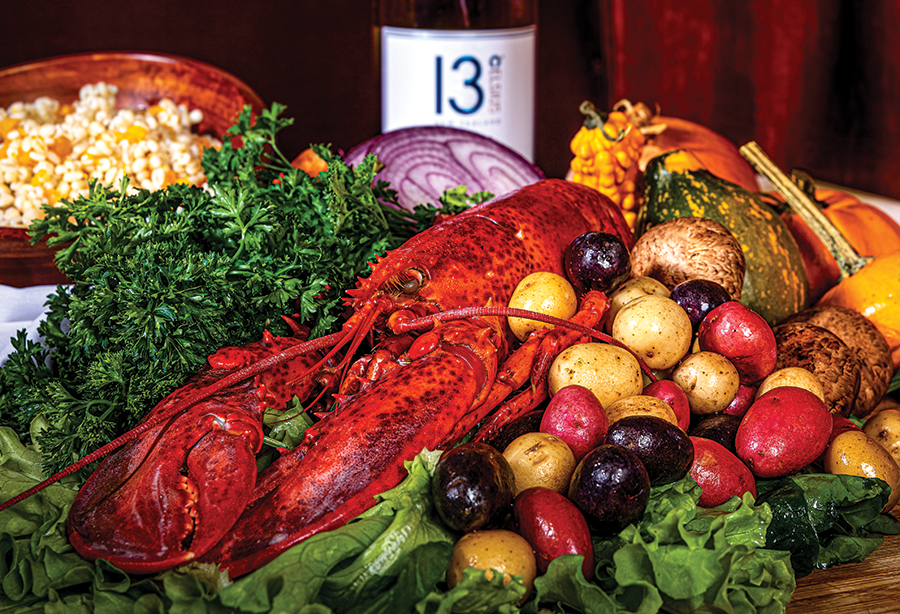 Chef Warren Lewis of his eponymous restaurant redubs turkey day lobster day. He whole-roasts the crustacean and serves it up with a side of butternut squash barley risotto. “It’s a traditional and non-traditional Thanksgiving,” Lewis says. “They probably didn’t have turkey on the first Thanksgiving.” At least, the bird wasn’t the centerpiece of the 1621 feast. We know that the Wampanoag Indians brought venison, and the Pilgrims prepared fowl, but not necessarily turkey. Culinary historians actually believe that seafood made up a lot of the meal; they were in New England. In other words, lobster was just as likely to be eaten on the first Thanksgiving as turkey — so Lewis pays lobster its belated due. He pairs it with a can’t miss bottle of 13 Celsius, a New Zealand sauvignon blanc. 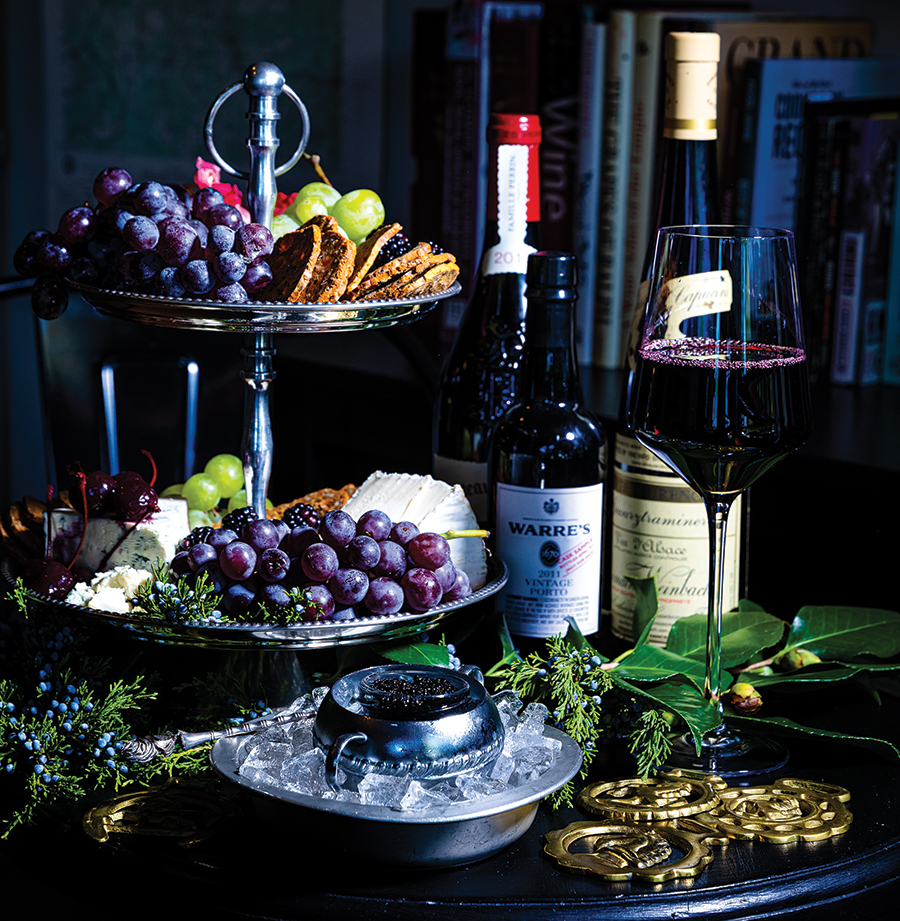 Angela Sanchez of Southern Whey overhauled the traditional cheese board. “I wanted to do something kind of outlandish,” she says, “that was the most decadent things that you could have that you wouldn’t necessarily think about having on Thanksgiving.” Sanchez features two cheeses: Délice de Bourgogne, a triple-cream Brie, and Rogue River Blue Oregon, a blue cheese that ages in grape leaves doused in pear spirits that was recently named best cheese in the world. She pairs the Brie with Caviar Star Hackleback Sturgeon from North Carolina and the blue with Woodford Reserve bourbon-soaked cherries. To top it off, she recommends a trio of wines that you wouldn’t crack open on your average Thursday: a 2009 Domaine Weinbach Gewurztraminer Cuvée Laurence, a 2010 Château de Beaucastel Hommage Jacques Perrin Châteauneuf-du-Pape or 2011 Warre’s Vintage Port — that’s a mouthful. 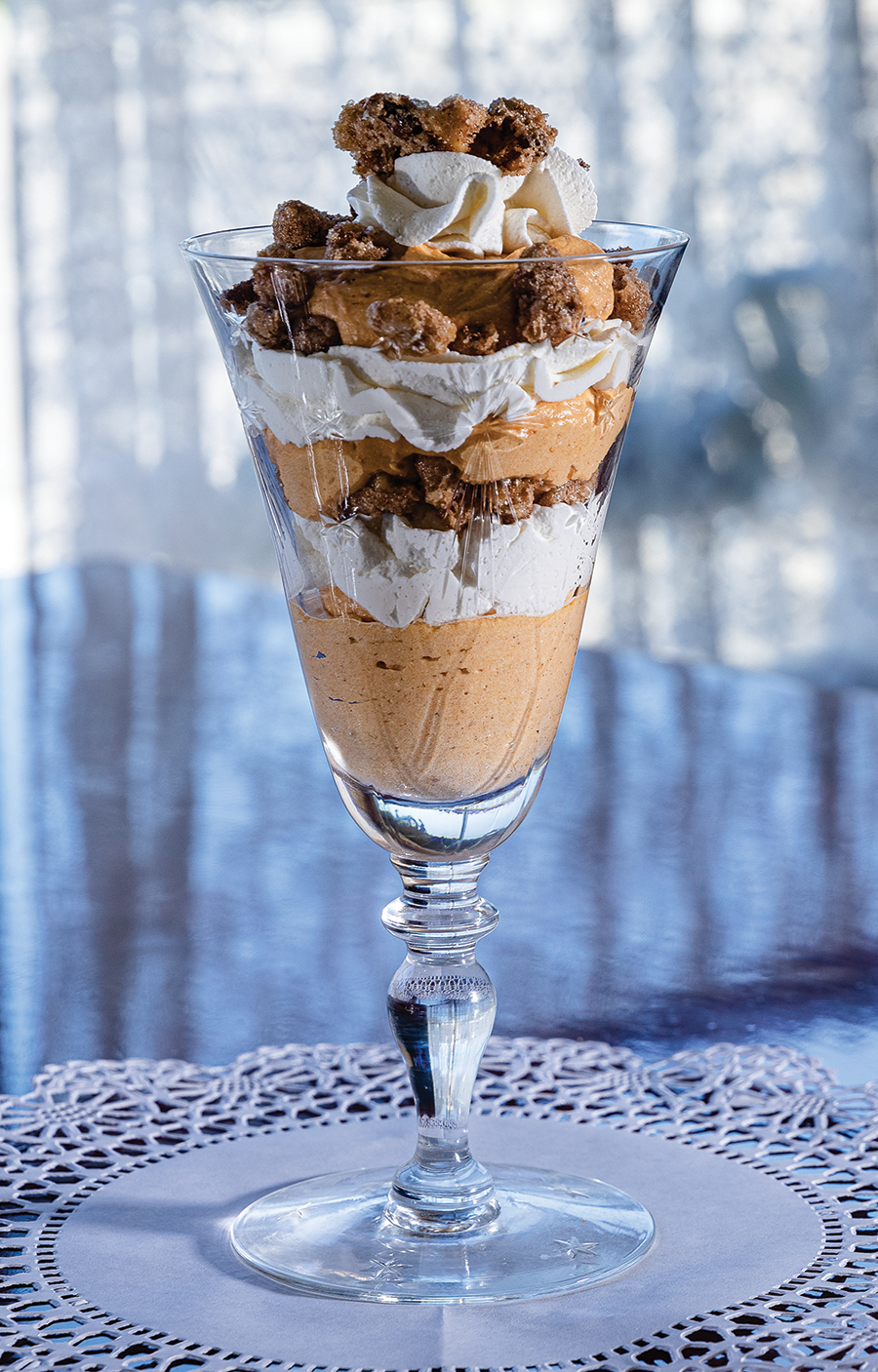 Sweet potato pie and Thanksgiving are made for each other, but Pastry Chef Teresa Santiago of The Bakehouse and her teammates Jonathan Rankin and Andrew Huggins dreamt up a drool-worthy update. “We took sweet potatoes, roasted them in the oven and then pureed and sweetened them,” Santiago explains. “Then, it’s layered with a rum-whipped cream and candied pecans and walnuts; it’s essentially a parfait.” The result is a dessert that’s not too sweet but just sweet enough . . . to hit the sweet spot.

Jenna Biter is a fashion designer, entrepreneur and military wife in the Sandhills. She can be reached at jenna.biter@gmail.com.