In June of 1865, two-and-a-half years after President Abraham Lincoln issued the Emancipation Proclamation, more than 2,000 soldiers of the 13th U.S. Army Corps arrived in Galveston, Texas. Led by Maj. Gen. Gordon Granger, the troops marched through Galveston reading General Order No. 3 at numerous locations, including their headquarters, the courthouse, and at what is now the Reedy Chapel-AME Church. The order informed all Texans that, in accordance with a Proclamation from the Executive of the United States, all slaves were free.

One year later, on June 19, 1866, the formerly enslaved people of Galveston celebrated a year of freedom with the Juneteenth holiday, a name derived by blending the words “June” and “nineteenth.” Also known as Freedom Day, Juneteenth is believed to be the oldest African American holiday, and currently 49 of the 50 U.S. states and the District of Columbia — in addition to the federal government — recognize Juneteenth as either a holiday or ceremonial holiday and a day of observance. 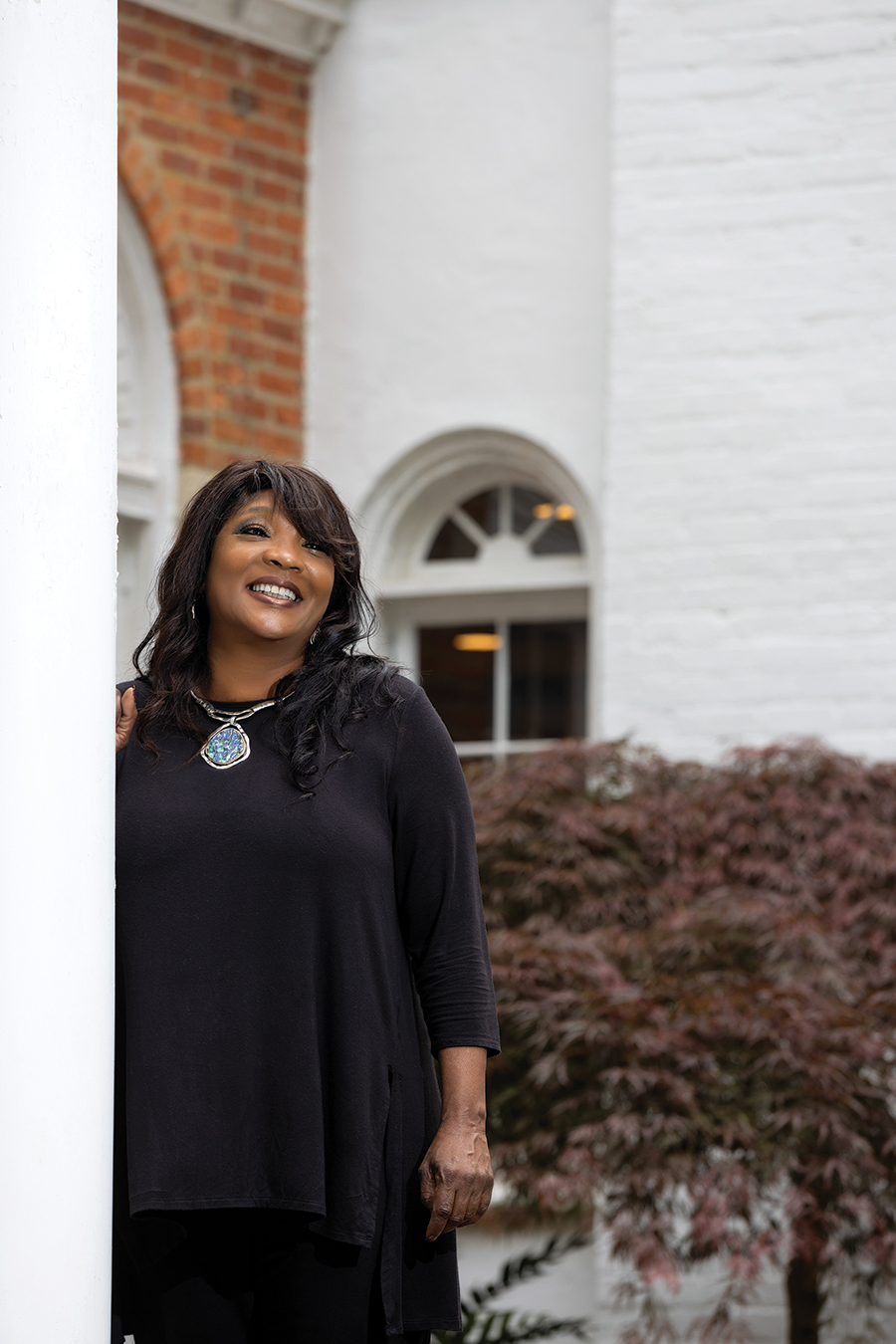 I can only imagine the mixture of overwhelming emotions felt on June 19, 1865, when slaves in Galveston, Texas, heard U.S. Maj. Gen. Gordon Granger read the Executive Order of the United States, that all slaves are free.

When reflecting on that day, once the slaves felt safe to react, I imagine them running, jumping, dancing and shouting with joy. I’m certain many fell to their knees and praised God for answering their prayers. I can feel their tears of relief and understand their fear and uncertainty — including the PTSD effects so many acquired after experiencing years of inconceivable abuse and separation from family.

To me, Juneteenth marks that moment in history when the dynamic for many slaves began to shift, for the first time in their lives, to being acknowledged as a human. We became more than humanlike plantation cattle. It is one of the original landmarks of unlimited possibilities for the formerly enslaved.

Juneteenth is Independence Day for African Americans because it marks a documented date when the last group of slaves across the nation finally got the news.

My family and I celebrate Juneteenth by attending festivals or hosting cookouts and now family reunions. I remember learning about President Abraham Lincoln freeing the slaves, but this portion of history was not something I was taught in school. Like many baby boomers, we learned most of our Black history through the grapevine of relatives, Black media and historians in our community.

One of the many personal stories about some of my ancestors becoming free slaves, documented in UNC-Chapel Hill historical archives, includes family members here in Moore County owning so much land they donated some of it to build what was known as a formal school for Negroes. That property is presently mapped as part of Hoke County. They were industrious enough to use the pine trees on their property to operate a lucrative turpentine business. Some of the same family’s offspring migrated to predominately Black Rosewood, Florida, where a racial massacre took place in 1923. These are the types of stories we share to honor the resourcefulness of our ancestors.

Every African American across this county and country has so much history about their ancestors we haven’t even begun to scratch the surface. Juneteenth, declared a federal holiday, will help document and create a platform for many of those treasured conversations for generations to come. It will not only include the story about slaves in Galveston, it will lead to many personal stories of the enslaved and their descendants throughout America.

Juneteenth is a time for all Americans to gather and celebrate African American history and culture. Together we get to reflect how far America has come and how much further we plan to go, despite the obstacles in our path. For those of us who embrace different cultures and love learning about everyone’s uniqueness and our different journeys, it’s an exciting time to be alive. 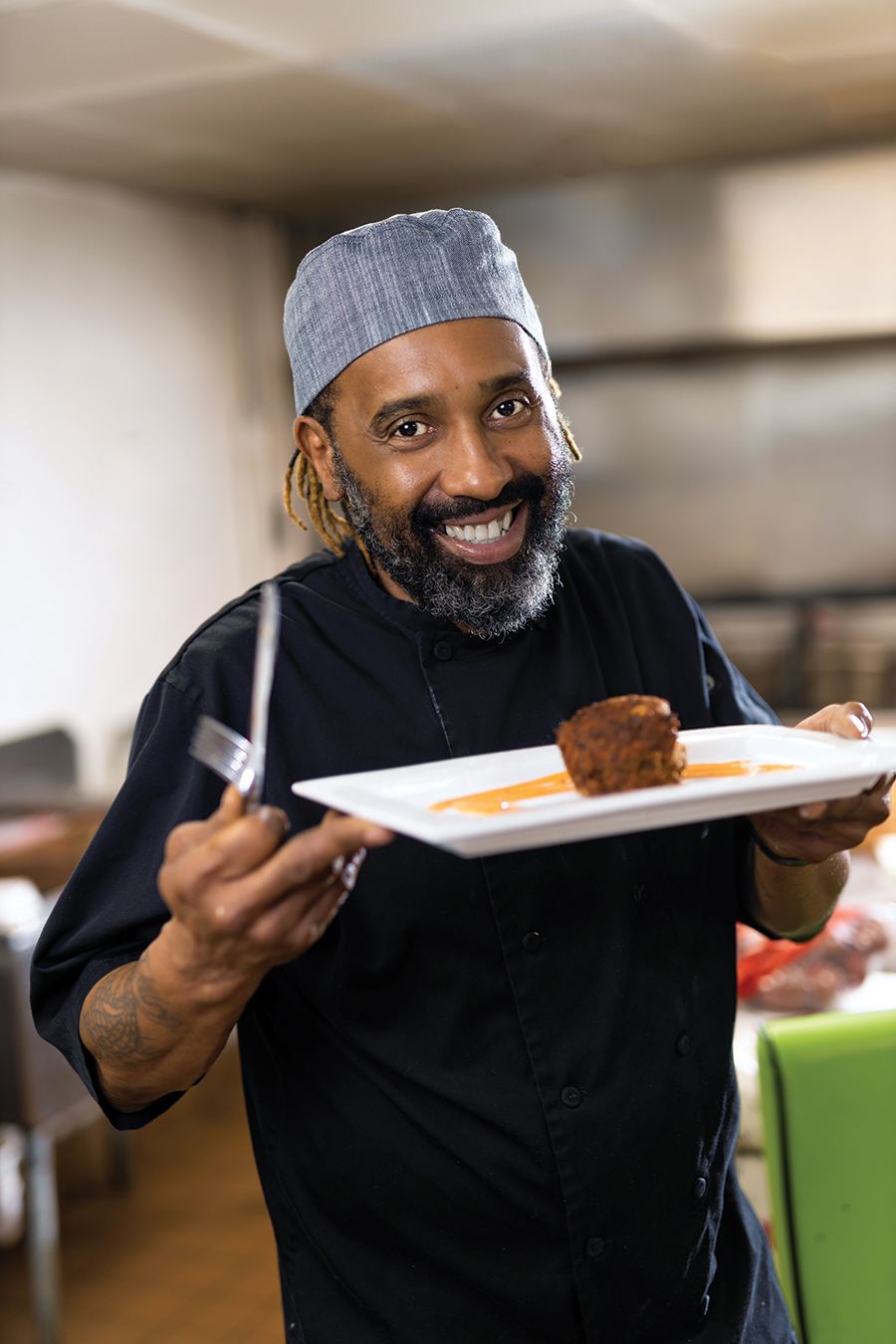 House of Fish Owner and Chef

Juneteenth wasn’t taught or celebrated in the school system where I was educated. I wasn’t aware of Juneteenth, the meaning of that day, or what actually occurred until about 15 years ago, setting me off on a quest for knowledge and understanding. Now that I know something about this incredible holiday, I choose to celebrate with food. The seafood dishes I will serve on the Saturday before Juneteenth will be inspired by what my ancestors would have had. It’s an acknowledgement that I stand on the shoulders of people who paid the price for me to live my dream.

The poem “Still I Rise” by Maya Angelou speaks to how I feel about Juneteenth, especially two lines in the final stanza:

Bringing the gift my ancestors gave,

I am the dream and the hope of the slave. 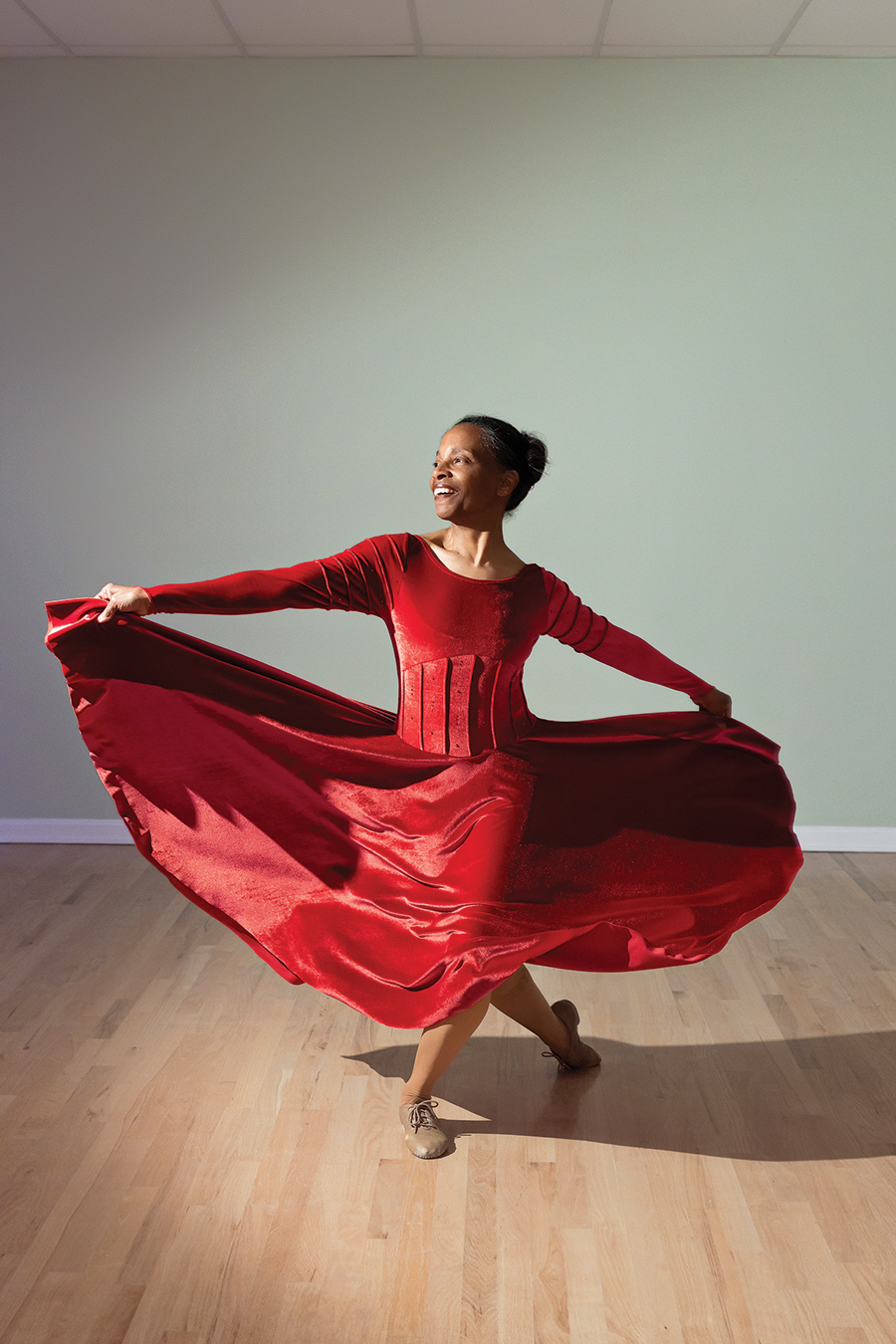 Juneteenth represents another day to express gratitude to a higher source for being alive and having the opportunity to share my passion for creative expression. It’s a day to celebrate freedom, not just for African Americans but for all of humanity. Every milestone in history is a step forward and should be appreciated.

My journey as a classical ballet dancer occurred during a matinee performance at Mershon Auditorium in Columbus, Ohio, when I was mesmerized by a live performance of the Royal Winnipeg Ballet’s Fall River Legend. I received the kiss of destiny and was lured into the program by the craftsmanship of the dancers, the synchronicity of movement to music, and the lighting and stage sets.

A few weeks later I was on a plane to study at the Royal Winnipeg Ballet School to be molded into a professional ballet dancer. It was in Canada, through the rigorous, disciplined daily ritual of mental and physical training, where my technique was refined and my awareness of classical lines, flexibility and physical form were honed. I was transformed into an artist and began my professional performing career with the Chicago Ballet in 1974.

In addition to Juneteenth, another 19th century milestone was the 1846 premiere of African American dancer George Washington Smith in the role of Albrecht with Mary Ann Lee in the first American production of the ballet Giselle in his hometown. Smith acquired his skills as a ballet dancer from studying with visiting European teachers in Philadelphia, a thriving arts hub at that time.

Trailblazers are driven by faith, passion and courage. They are always looking past the horizon with an innate knowing of potential opportunities. They are compelled to continue their journeys regardless of what others say or do. Friedrich Nietzsche speaks to this idea: “And those who were seen dancing were thought to be insane by those who could not hear the music.”

Racial, economic or educational obstacles are simply provocations for visionaries to take great strides forward aligned with their higher purpose. The voices of Black, Indigenous, people of color, women, healers, poets and artists are inevitably inclusive — filled with wisdom and clarity — and yet often end up being the most maligned contributors of a civilization.

Ideally Juneteenth will evolve into a celebration of American freedom, truth-telling, and multicultural community events in which citizens become more awake, spiritually grounded, and together seek to forge paths that offer meaning and hope to future generations. 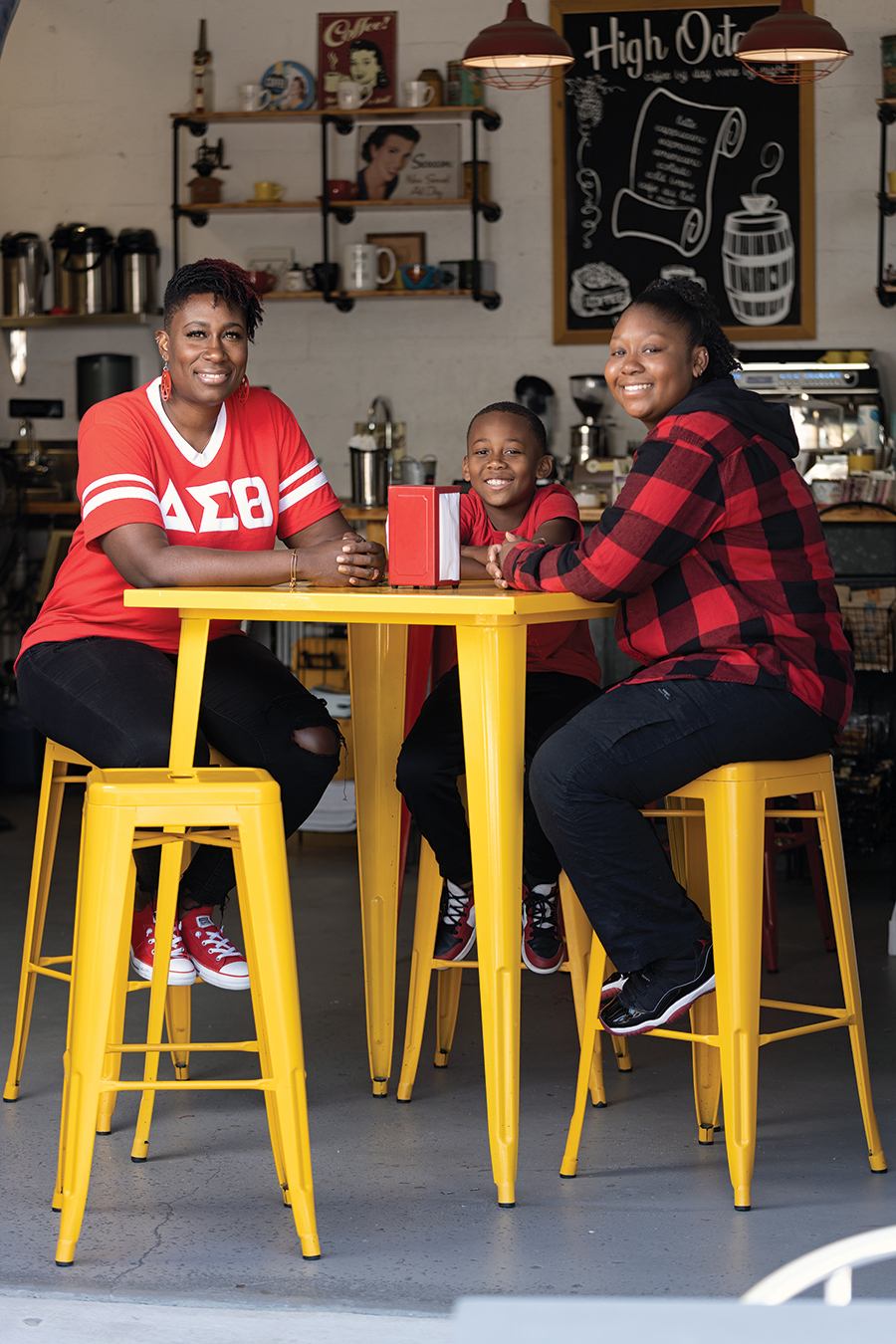 Chief Executive Officer Boys and Girls Club of the Sandhills

Growing up, I never really knew what Juneteenth was and what it symbolized. I honestly got the best explanation and understanding of it from the ABC show black-ish. If you haven’t seen it, I encourage you to watch it whether you are just learning about it or have known and celebrated it for years.

What Juneteenth personifies to me is yet another momentous day that I am proud of my heritage and history as a Black woman in America. In my family, we were raised to know how the strength and perseverance of our ancestors helped shape and mold us into resilient, powerful, proud people, and to take pride in the the color of our skin and what it means to be in it. It is a sacred legacy, to do whatever it takes to ensure the generations that follow have it better than we do, just as my ancestors endured injustice to pave a better way for me.

I spend time with my children on all holidays. It’s important to have those family traditions that they can reflect on when they get older and have their own families. It’s the same for Juneteenth. We celebrate by participating in various community events in Moore County, or we may go back to where I was raised in Richmond County. This year we will Celebrate at Cardinal Park.

My parents made sure we knew we were going to do more and have more opportunities than they did. It was their mission to ensure that their children would have the ability to do and experience just about anything we wanted. I now know how much of a sacrifice that was emotionally, mentally, physically, financially and even spiritually. I can see this as a parent trying to do the same thing for my own children, as well as the youth in our community. It’s the greatest gift to experience the fruits and rewards of their labor in my life, in my children’s lives.

Ultimately, I believe that’s the essence and spirit of Juneteenth. All of us, especially Black Americans, are the fruit and rewards of our ancestors’ labor and what they endured. 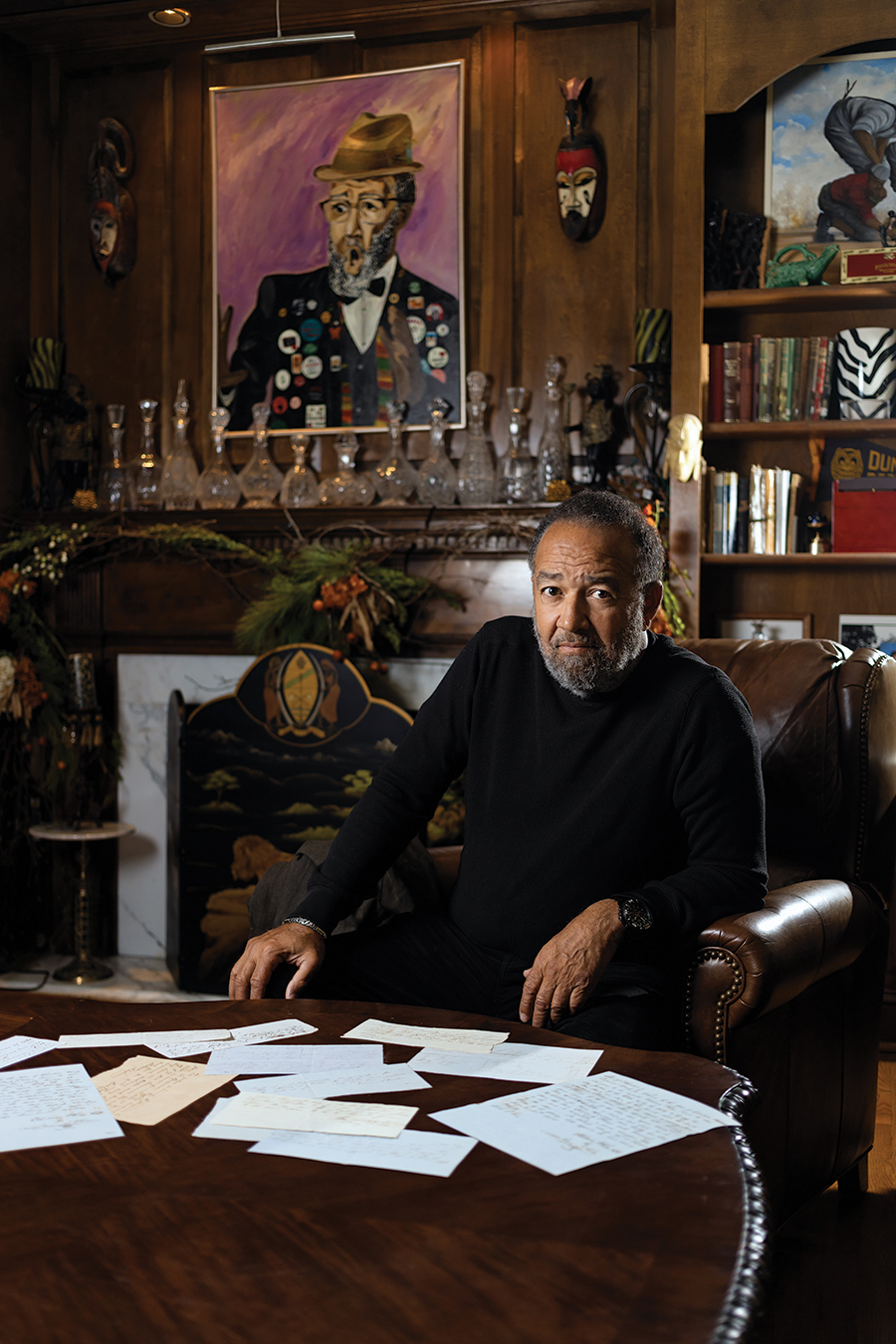 Juneteenth is a day of reflection on the struggles, hardships and injustices suffered by our ancestors who were held in captivity for over 400 years. It was a day of jubilation for the descendants of the 250,000 still enslaved people who finally received the news 2 1/2 years after the Emancipation Proclamation that the dream of freedom was a reality.

The historical legacy of Juneteenth shows the value of never giving up hope in uncertain times. Now that it is a federally recognized holiday, the level of acceptance and awareness will hopefully be accelerated. The history of this country has been distorted while being taught, and it is disheartening that there is now an effort to sugar-coat even more of the truth about this nation. If we ever want to have an honest accounting of who we are in America, we can’t pick and choose what we wish to remember. There is an African proverb that says: “Not to know is bad; not to wish to know is worse.”

In 1872, in Galveston, Texas, those formally held in bondage saved $1,000 to purchase a piece of land where they could celebrate Juneteenth because of laws barring people of color the use of public facilities. Ninety years later, in 1962, my father, Felton Capel Sr., purchased acreage in Pinebluff where folks could celebrate, recreate and gather because of residual effects of those same laws — renamed segregation — that were in place. The Cardinal Park has become synonymous with good wholesome fun for all communities in Moore and surrounding counties.

I have celebrated Juneteenth over the years telling historical stories around the country at festivals, museums and other venues where the day was being acknowledged. Last year we decided to celebrate Juneteenth at Cardinal Park in Pinebluff in an effort to bring about reflection and reconciliation in our communities. It was a joyously wonderful gathering of an estimated 750 people. This year we’re expecting the same, if not more.

One of my father’s, and my own, favorite stories is by the great African American poet laureate Paul Laurence Dunbar and is titled “Goin’ Back.” I love this poem because it captures the migration after emancipation and the climate 30 years later. My father loved it because he too left the South and moved to New York at an early age seeking a better life only to return soon after, realizing his best opportunity was where his roots were. Right here in Moore County.   PS