Here’s to the Next Hundred Years

From suffragettes to leading ladies, more than just a book club 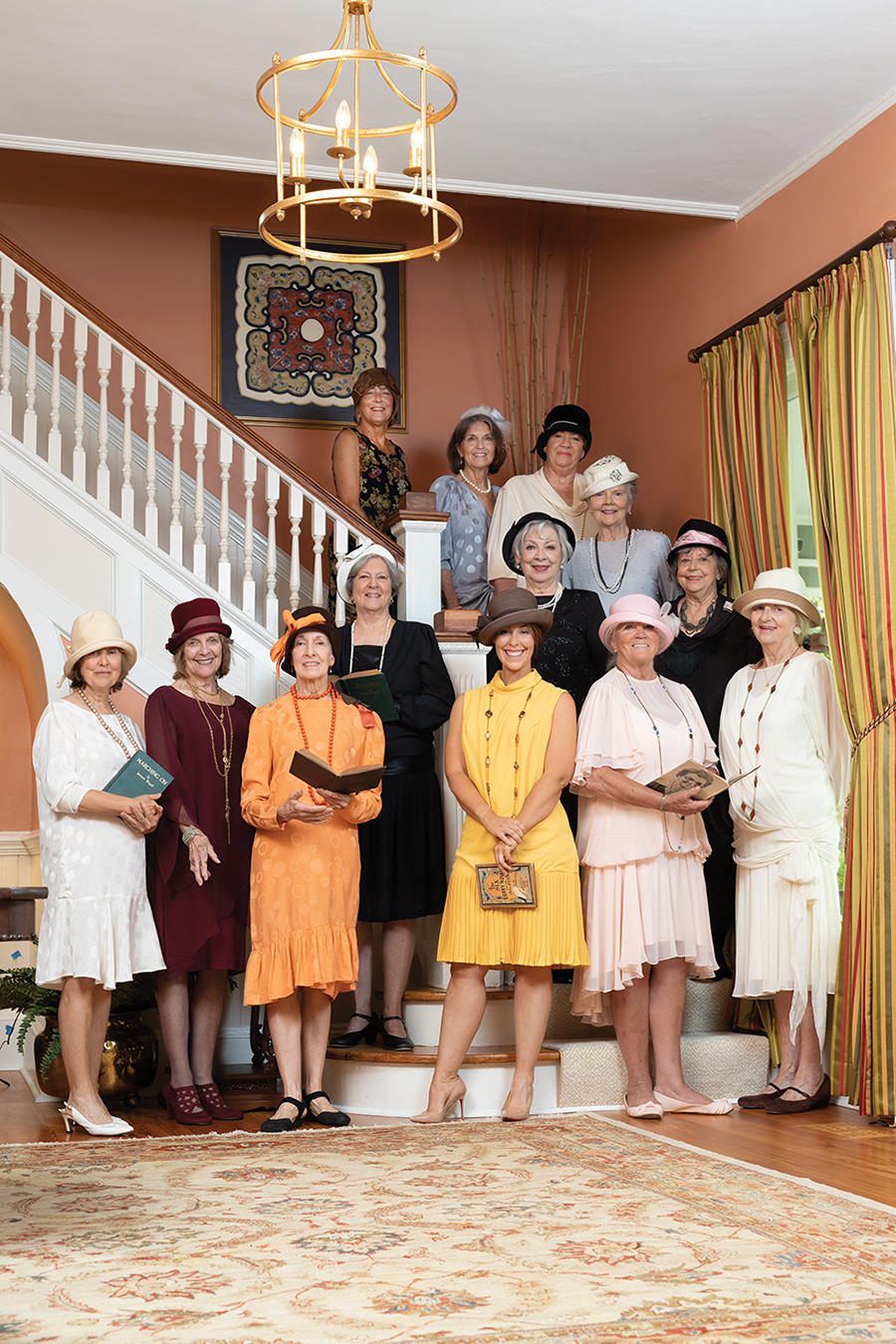 Aberdeen’s daughters filter into the restaurant’s back room, chittering amicably among themselves. If the town was a medieval state, these would be the ladies of the court. “Oh, how have you been?” passes between childhood friends, and swift introductions welcome new faces. With the arrival of each member, conversation swells, and the history of Aberdeen becomes flesh. The guests call out connections across a makeshift banquet table like they’re tossing a ball of yarn back and forth, from woman to woman, until the process knits fiber into fabric.

Betsy Mofield, decorated in red-rimmed glasses almost as sharp as her wit, was Aberdeen’s mayor for 14 years, and Laura Farrell’s husband, Robbie, is currently in office. Someone’s mother was everyone’s favorite English teacher, but she was also Aberdeen High School’s only English teacher. “Your grandfather was my dentist for over 40 years,” another adds in a side conversation. Even the women who say, “I don’t know why I have been invited to this book club,” always lingering on the “I” with their lilting Southern drawls, have lived in town for 40-plus years and married men who grew from Moore County soil. 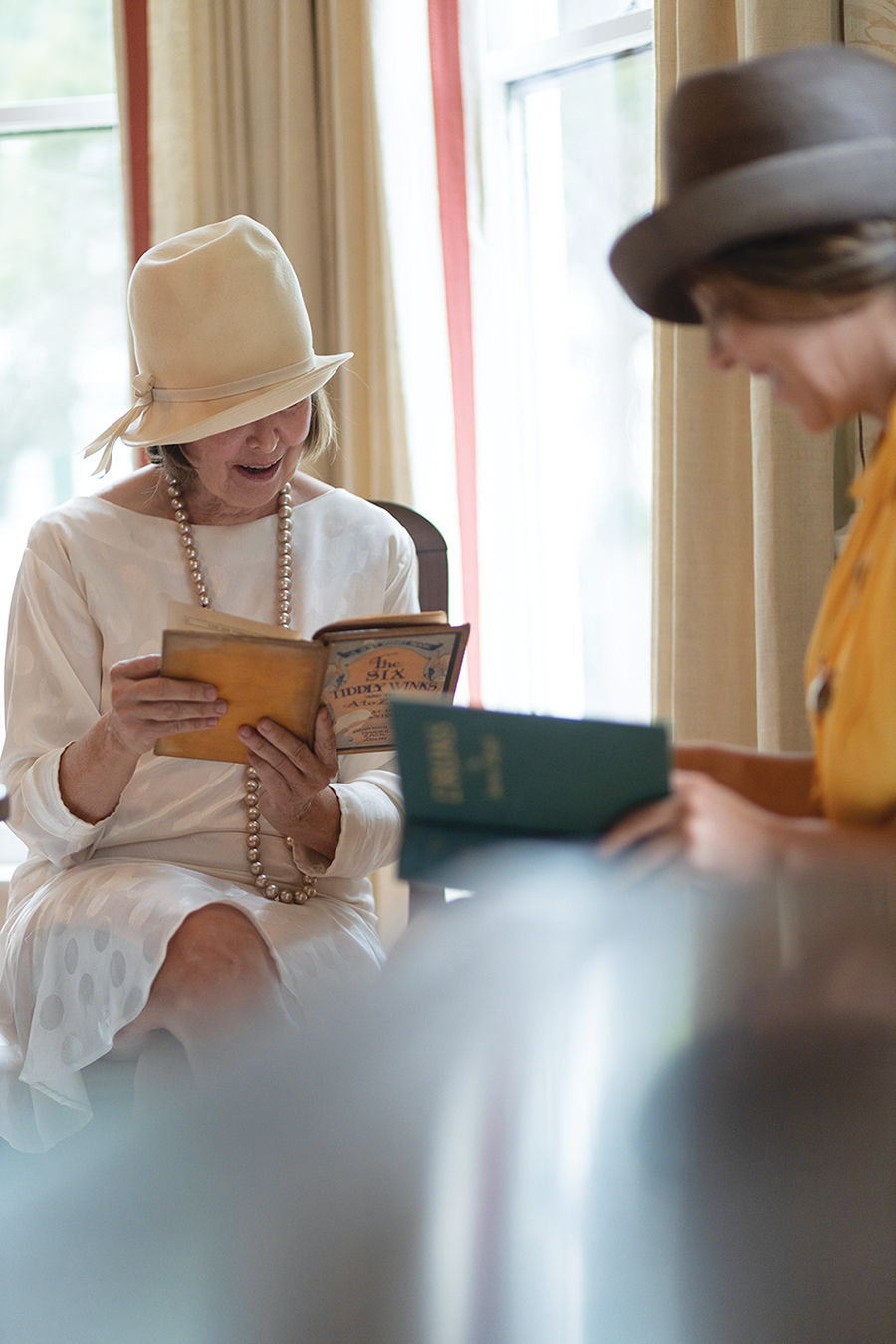 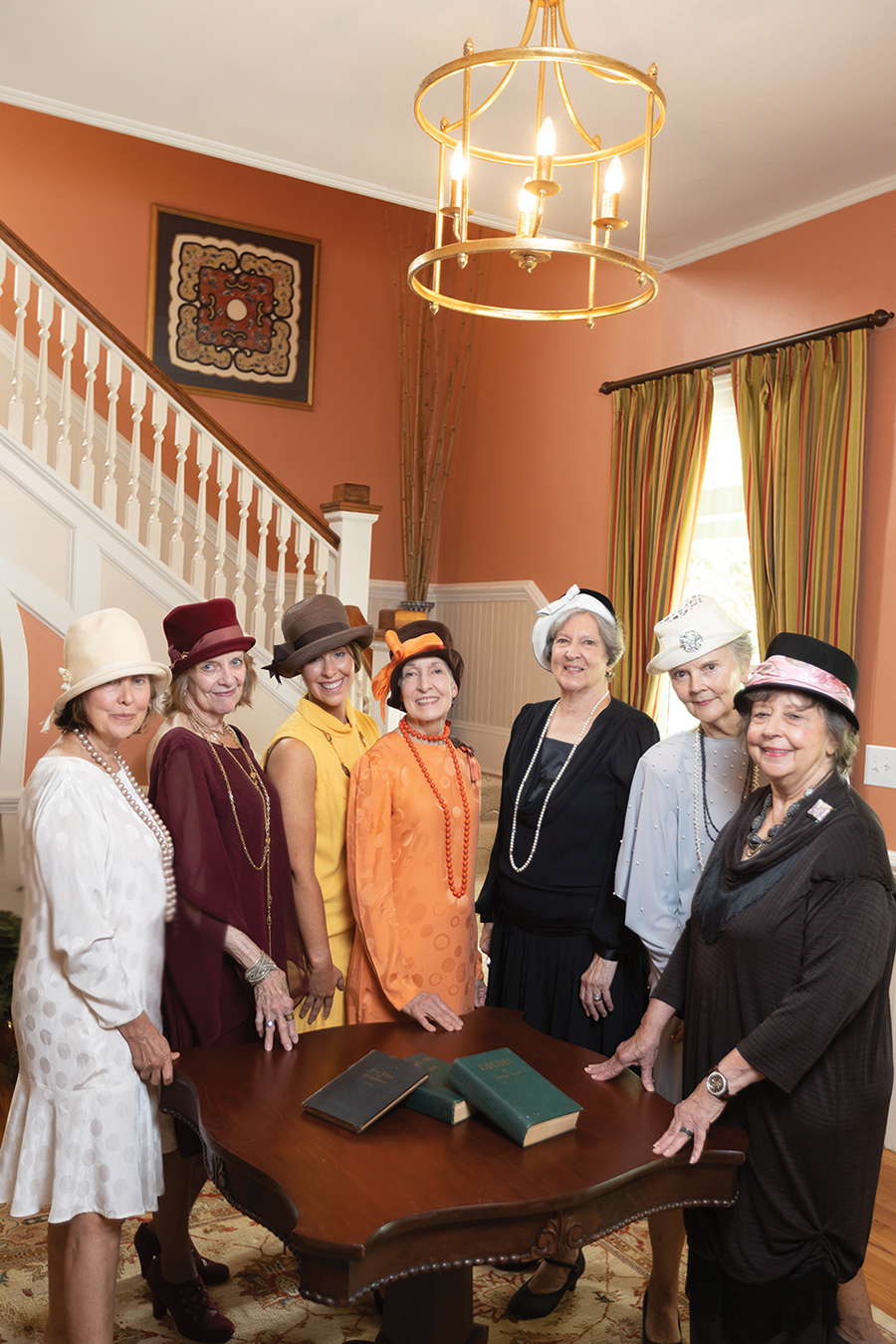 The organization is the Walter Hines Page Book Club. Lynn Page Anderson, an impressive, soft-spoken woman, currently serves as the president. It’s “the oldest active book club in North Carolina and perhaps the oldest in the country,” she says. It derives its name from Walter Hines Page, a distinguished Sandhills citizen who is buried in Old Bethesda Cemetery off Old Bethesda Road. He served as U.S. Ambassador to Great Britain during World War I. In 1935, over a decade after the club’s founding, the members voted to rename their Thursday Afternoon Book Club after the late local giant.

Anderson lifts her fork and pings a water goblet to quiet the room, but the chatter persists. She makes a face, somehow politely. A louder voice intervenes, and the meeting begins. New member introductions roll into lunch, and dessert rolls into a review of the last meeting’s minutes, then the current meeting’s agenda. Eager hands and voices raise to second motions approving donations and the formation of committees.

“We’re very democratic,” Anderson says. “Something comes up, and we vote on everything.”

Democracy is the gilded baton they pass gingerly from predecessor to successor; no woman wants to drop it on the handoff. Anderson ponders the women who founded the club in 1921, a year after they got the vote. “I wonder how many of them were suffragettes, or how many of them understood that women can have a more important life than being relegated to cooking and cleaning? At the time, the population of Aberdeen was about 852 people, and here were these 22 women. That’s a big chunk of the population, and they decided they wanted to share experiences and culture with their friends.”

Membership has expanded to 24, but advancing culture and community remains their North Star. Monthly meetings feature speakers from local nonprofits like the Prancing Horse Center for Therapeutic Horsemanship, and Camp Dogwood for the Blind and Visually Impaired, or sometimes local artists and authors. After the program, they vote on whether to donate to the cause, and they always vote “yes.” 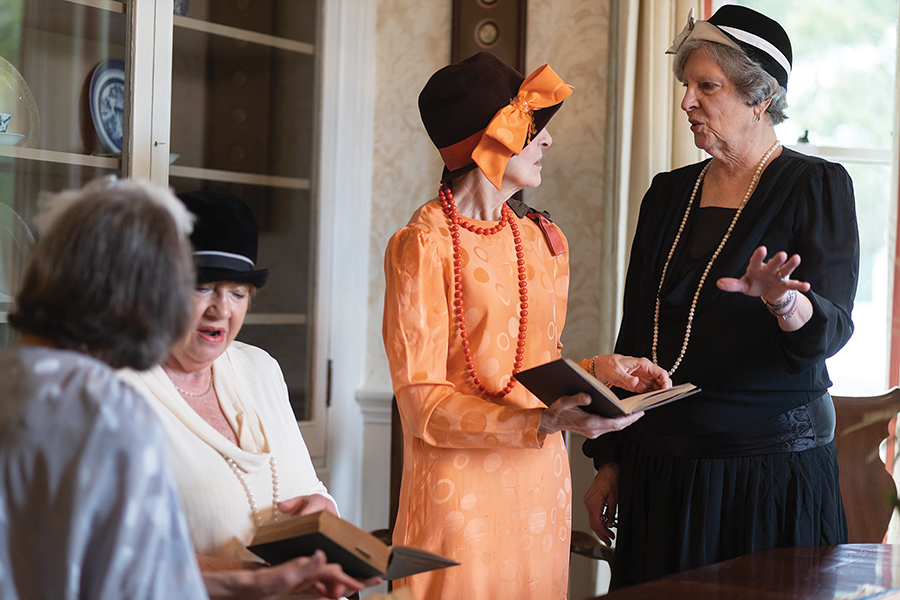 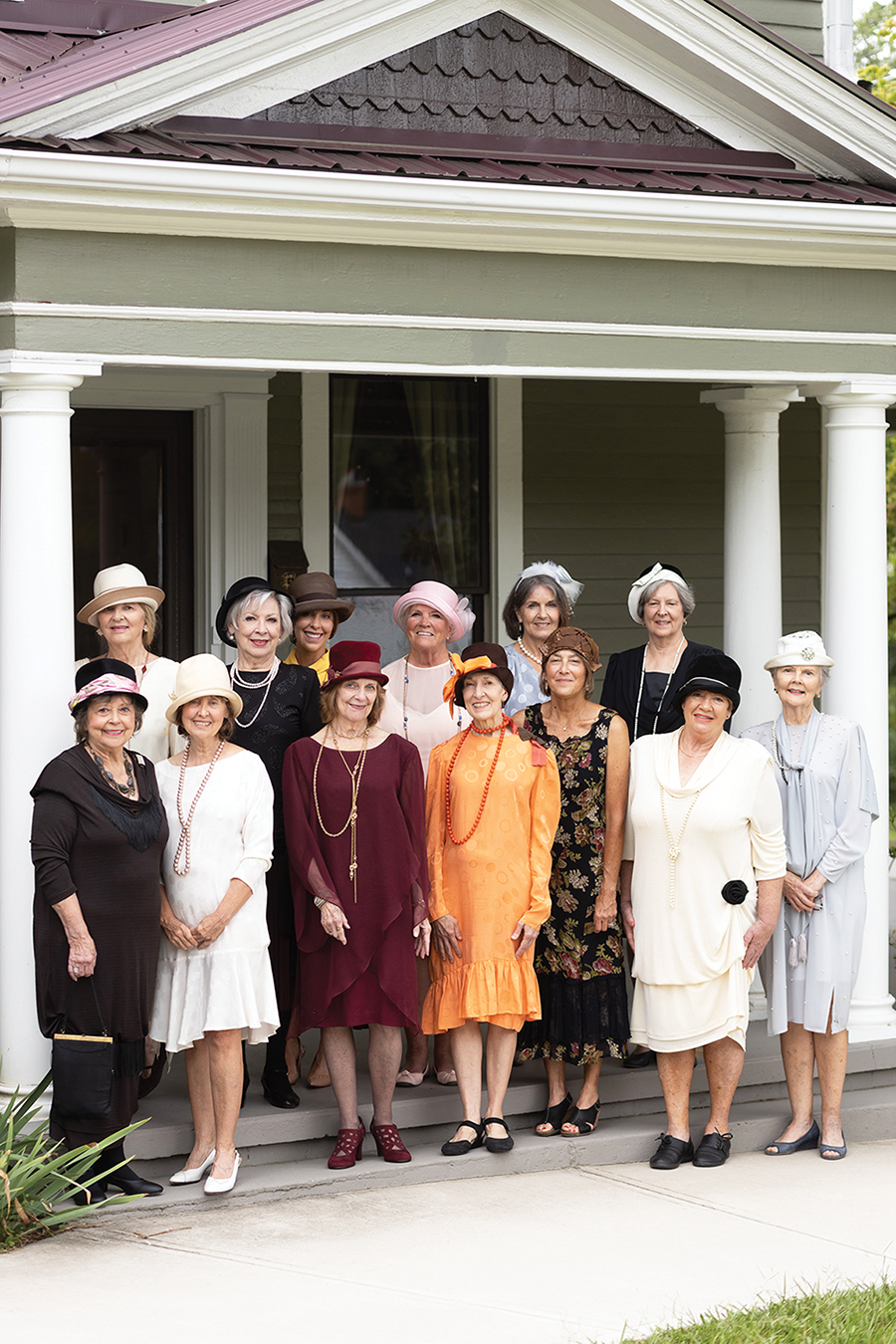 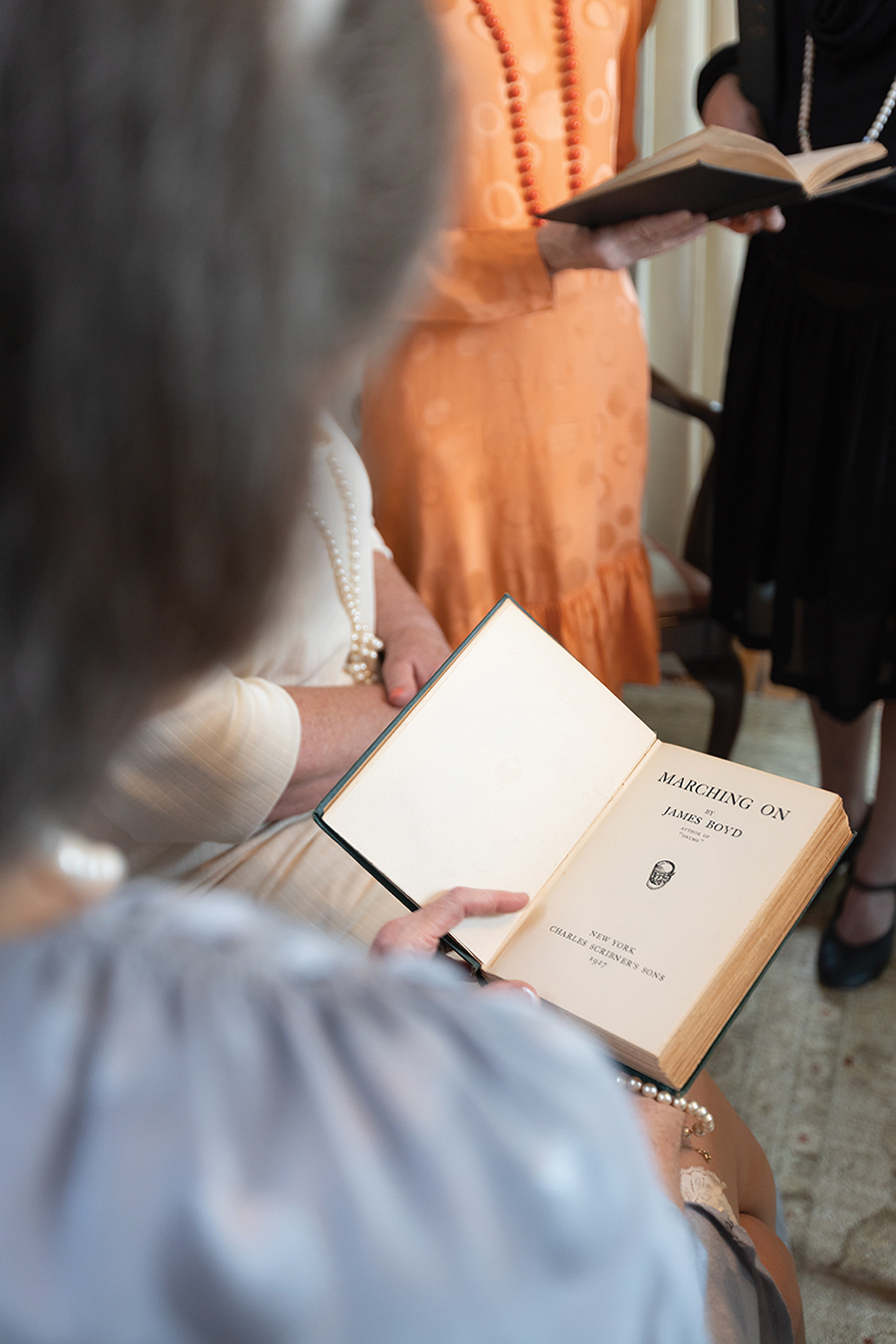 Hardbacks lying on the white tablecloths are the only clue this group convenes under the guise of a book club. Each member buys one copy of a current book, and they circulate from woman to woman per a list inserted into the copies like library borrowing cards. They read the books consecutively, not synchronously, and they don’t have to read the books at all. “You get a chance to read the books, and you can talk about them . . . if you want.” Anderson says. After two years, the books have rotated through all 24 members, and each woman gets hers back. They select new titles, and the process repeats.

Anderson drives the meeting forward — the annual “white elephant” and, at last, the centennial celebration. Instantaneously a committee forms to handle the catering and venue. Over a century after their first meeting on October 21, 1921, in an Aberdeen living room, the book club still meets on the second Thursday of the month, but third-party luncheons have replaced home gatherings.

The Walter Hines Page Book Club celebrated its 100th anniversary last October, but the pandemic relegated the celebration to modesty. They’re planning a bigger bash for this year: “How’s Saturday, October 22? One hundred one years and a day since the founding,” Anderson asks. Eager hands and voices raise to second the motion.  PS

Jenna Biter is a writer, entrepreneur and military wife in the Sandhills. She can be reached at jennabiter@protonmail.com.