By Laura A. W. Phillips

Decorative interior painting provided homeowners, especially during the 19th century, with a wide range of options for embellishing their houses. By employing an “ornamental painter”or perhaps giving free rein to a talented family member, a homeowner could endow a single room or an entire house with a lively and fashionable character. Decorative interior painting enlivens houses and other buildings throughout North Carolina, from the Coastal Plain through the Piedmont to the mountains. Hundreds of examples have been recorded, but these likely represent only a fraction of what once existed or, in some cases, still exists but remains undiscovered. The clientele for decorative painting spanned a broad range of economic levels. As might be expected, some clients were wealthy landowners and entrepreneurs who occupied large and impressive houses. At the same time, a surprising number were middling farmers who lived in modest vernacular dwellings. Thus, decorative painting was commissioned both by those who could afford fancy wallpapers and expensive woods and marbles and by those of lesser means who could acquire the services of a traveling painter in exchange for not much more than room and board. What all these clients had in common was that they found decorative painting to be a desirable way to adorn their homes.

North Carolina houses present a full range of decorative painting types, including freehand, wood-grained, marbled, smoked, stone-blocked, stenciled, tromp l-oeil, and scenic painting. Nearly half of the known houses with decorative painting display more than one type, as is true of the examples cited previously. In some, the painting program carries throughout the house, while in others, it is confined to a single, semi-public room, usually the parlor. A popular combination was to have doors wood-grained and mantels and baseboards marbled, which provided a luxurious though subtle and restrained character to the formal rooms. The most outstanding multiple types combined in a well-thought-out, comprehensive scheme. Painting often bore characteristics in common with architectural and furniture styles of the period in which it was created, including the Federal, Greek Revival, and late Victorian. And whatever the period, painters executed their work in a range of expressions, from the sophisticated academic work of highly trained painters to the sometimes bizarre examples of painting by artists with more limited technical skills and powerful imaginations.  PS 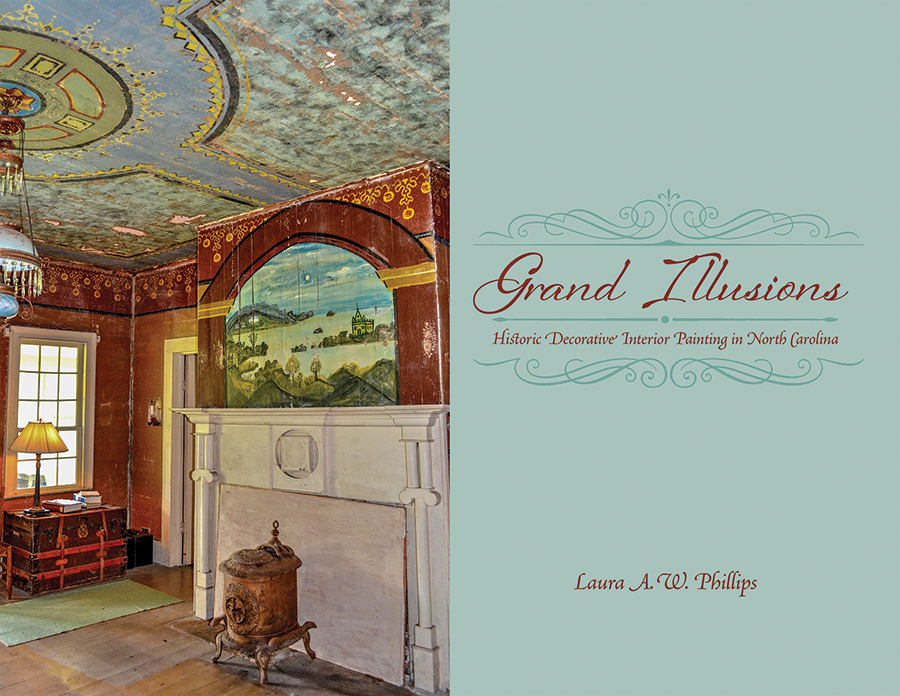 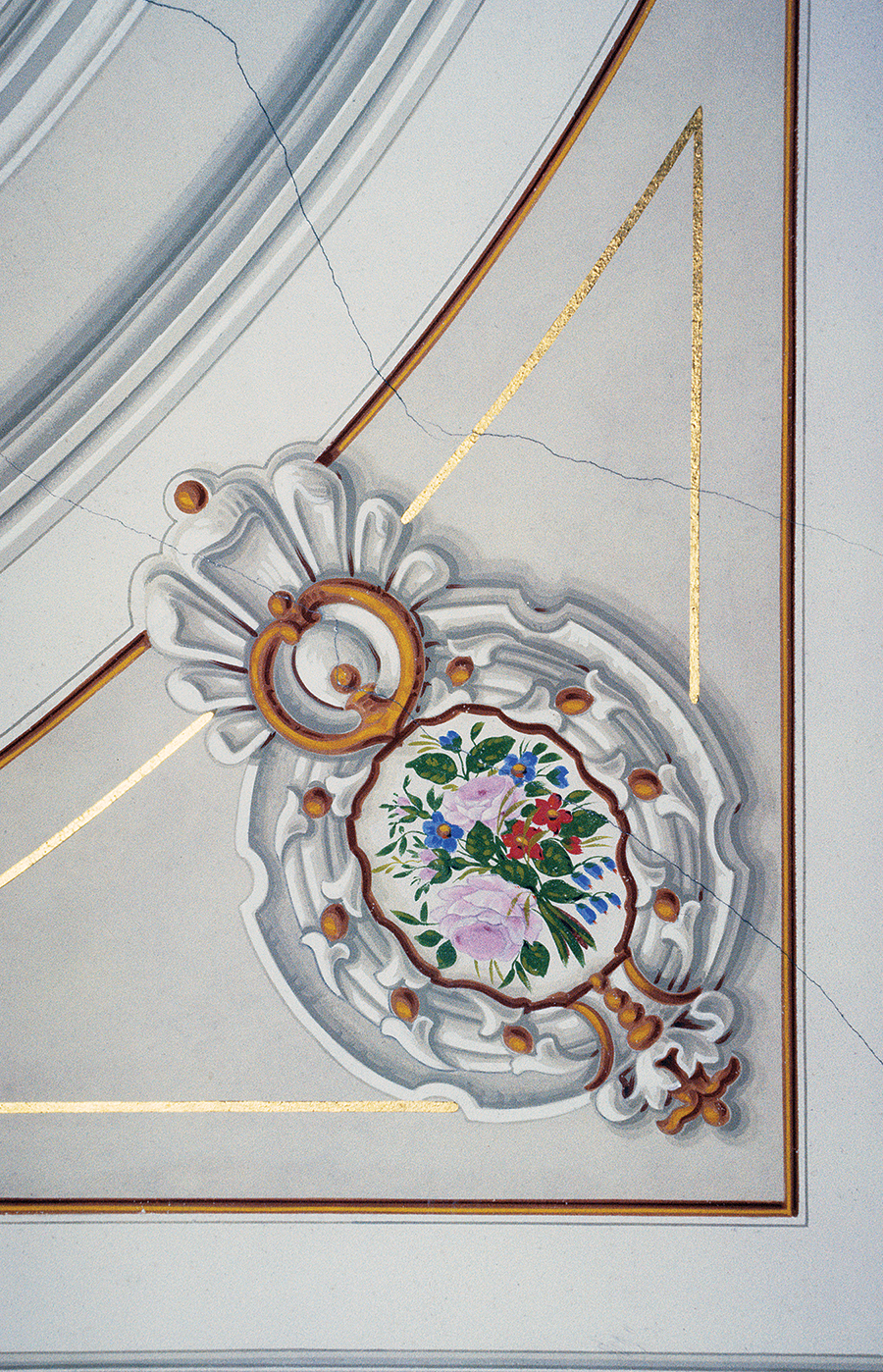 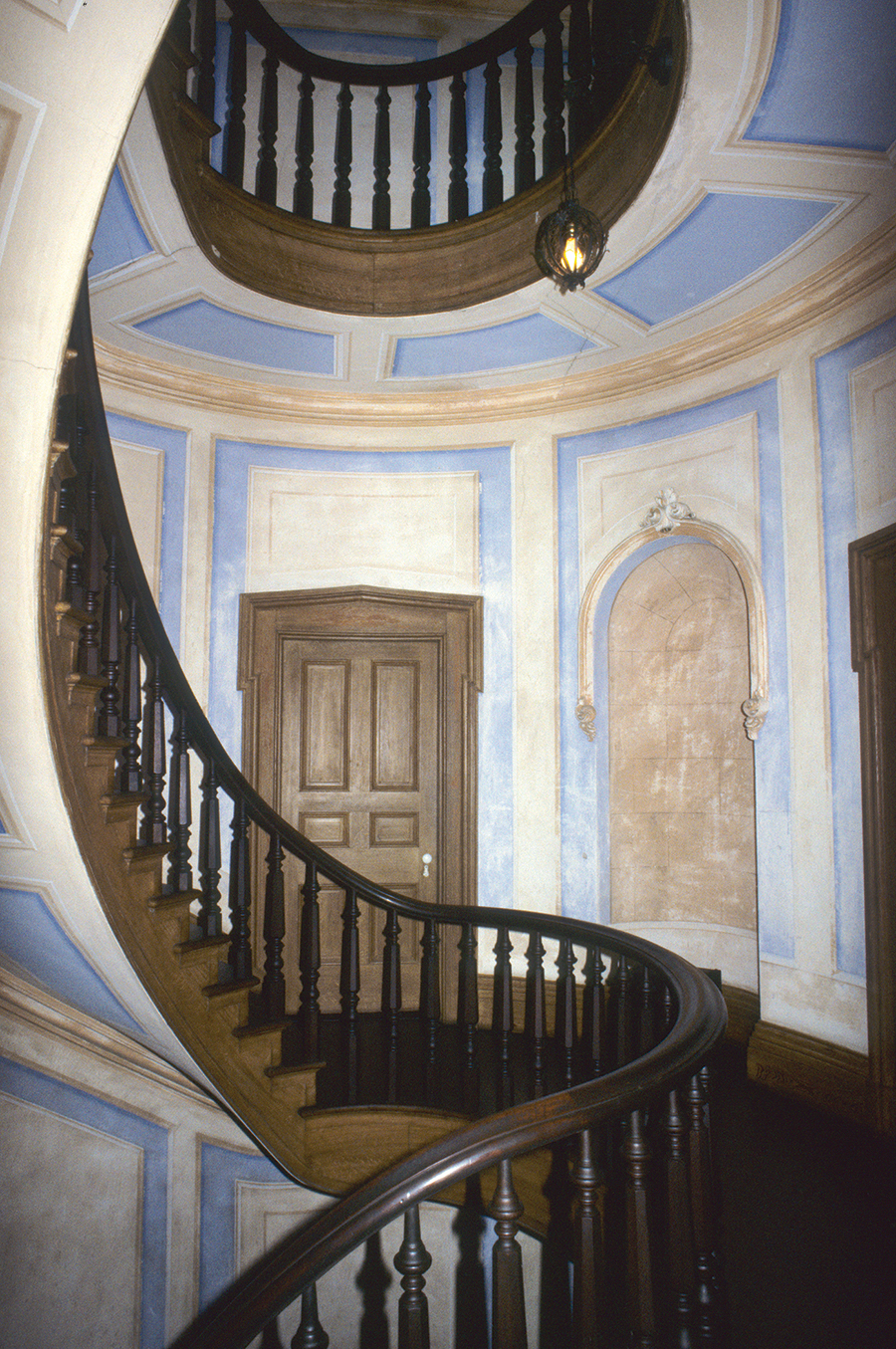