The art of speaking about the unspeakable

Up a rutted, sandy road in a shaded horse country bungalow, Susan Southard, slight and silver-haired, is researching her next book. Her first, Nagasaki: Life After Nuclear War, is being released in Japan this summer, four years after its American publication. Comprised of stark, intimate portraits of five hibakusha — atomic bomb survivors — it took her 12 1/2 years to tell the stories of a world that changed in a second.

Southard’s first trip to Nagasaki was as a 16-year-old exchange student on a field trip from the girls’ school she was attending in Kamakura, locking arms with her classmates in front of photos and artifacts too terrible for anyone of any age to contemplate. Later, working in Washington, D.C., as an assistant to the executive director of a political and economic consulting firm, she locked emotional arms with Taniguchi Sumiteru, one of the survivors whose life she would later document. She pinch hit as his interpreter for two days and in their private moments, he allowed her to ask any question she wanted — and he answered.

“He was 16 at the time of the bombing,” she says, the same age Southard was when she first saw the effects of it. “By ’44 everyone 14 and older had to leave school and work for the war effort because they had no men left in the country. His job was to deliver mail.”

It was 1945, August 9, two minutes past 11 a.m. “He was delivering mail in the hills, and he was riding his bicycle, as everyone did. He was facing away from the bomb, and the blast came and the heat came, throwing him off his bicycle and onto the ground. His whole back was burned off. It’s unbelievable he stayed alive. He had no skin and seemingly no flesh. He didn’t get medical treatment until December. People were rubbing mechanical oil and newspaper ash on his back. That’s the only thing they had.”

The book, which received the Dayton Literary Peace Prize in Nonfiction and the J. Anthony Lukas Book Prize co-sponsored by the Columbia School of Journalism and Harvard University’s Nieman Foundation for Journalism, led to a speaking engagement at the United Nations, addressing the delegates from the balcony at the request of the International Campaign to Abolish Nuclear Weapons (ICAN), the organization that was awarded the 2017 Nobel Peace Prize.

Last year, she spoke at a U.N. disarmament conference in Hiroshima and returned to Nagasaki, where she gave talks at two high schools. One of the teachers at the second school was the son of Yoshida Katsuji, another of the hibakusha in Southard’s book, whose face had been wretchedly disfigured by the blast. “Mr. Yoshida was such a dear, sweet, hilarious man. He was charming beyond measure,” says Southard. The school where his son taught English was built on the site of the school his father once attended. “It wasn’t until a week before I went there that I realized it was the exact same location. So, there I was, standing in a school that was built on the premises of the school that was destroyed during the bombing, where Mr. Yoshida had gone to school, telling Mr. Yoshida’s story.”

In the summer of 1990, four years after meeting Taniguchi, Southard and her ex-husband, Eric Black, moved from the humid heat of Washington to the dry heat of Phoenix. (Their grown daughter, Eva, lives in Las Vegas and works for Nevada Sen. Jacky Rosen.) Having discovered a social outreach theater company in D.C. suggested to her by the actor Stanley Anderson, Southard quickly founded Essential Theatre, an improvisational acting company working with marginalized communities. It has lasted 29 seasons.

“We use the foundational techniques of Playback Theatre, which was created some 40 or 45 years ago,” says Southard. “It’s an art form where people in the audience tell stories from their lives and we, the ensemble of actors and musicians, create works of art to honor their stories. It’s interactive; it’s improvised performance. When it’s done well, it’s so beautiful and so moving and so theatrical because everybody in the audience has just heard the story and they’re, like, ‘What are they going to do?’” 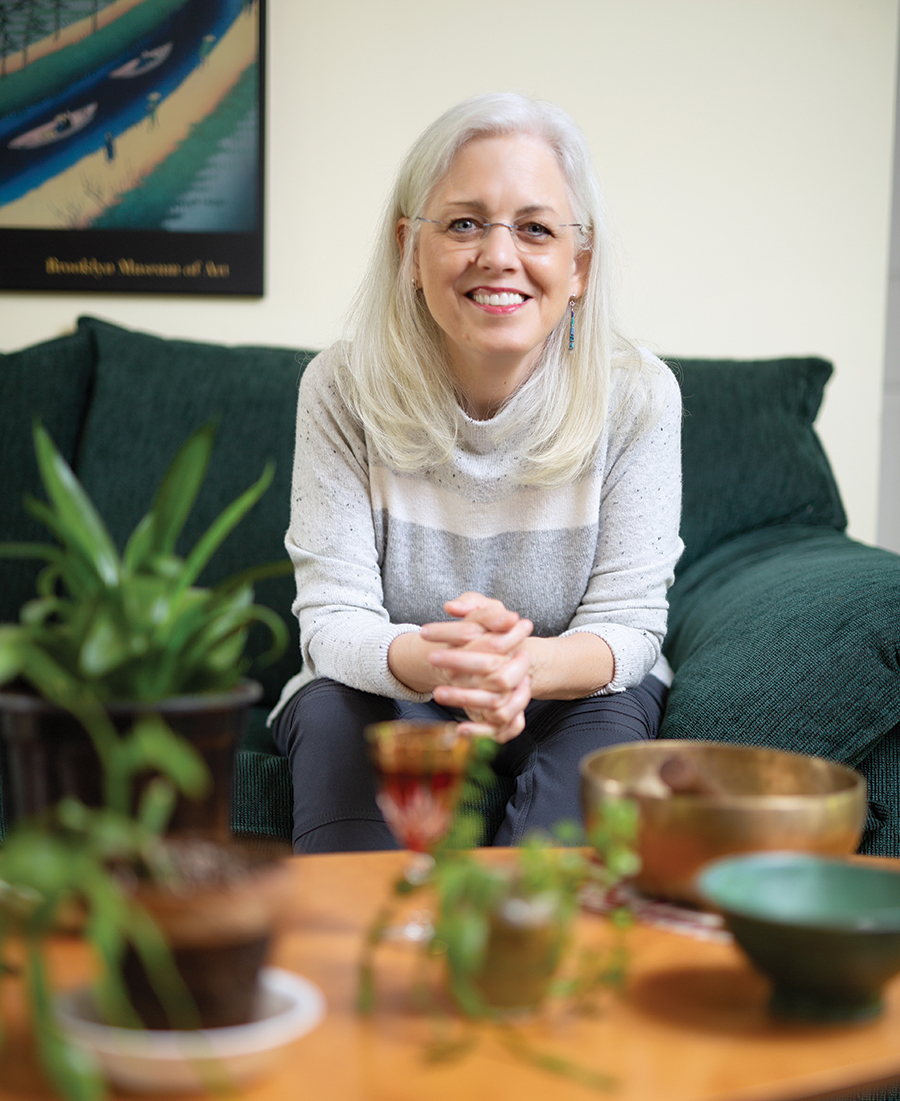 Lorenzo Aragon has been with the company almost from its inception. “We created a theater that was more about our audiences, and we loved that,” he says. “Our company has always had many colors, many genders, many orientations. Susan wanted the company to reflect what was in the audience.”

Southard doesn’t act anymore. Living 2,100 miles away makes it nearly impossible to nurture the familiarity necessary to be as skillful with the improvisational work as she was with Aragon. “Lorenzo and I have done thousands and thousands of performances together,” says Southard. “If you were telling a story and it’s just the two of us, we can read each other’s mind.”

As an actor, Aragon says Southard, “calls on her experience in life. She’s a stickler for clarity. And versatile. I’ve seen her be Dr. Martin Luther King and I’ve seen her be a baby that’s being born. In fact, I gave her birth one time.”

The theater has branched off into two parts with Southard maintaining her work with Phoenix’s Youth Development Institute, a treatment program for juveniles who have sexually abused somebody. “We have to create a community of trust first,” she says. “Many of them have experienced various levels of abuse and neglect themselves. They’ve been in jail already, and they’ve been adjudicated to this treatment program. So, they’re quite closed down.”

Aragon puts it another way. “When you deal with kids in the joint, you’ve got to be pretty real,” he says.

Progress can be slow. “We teach them basic theater techniques, how to step into a character, how to use imaginary objects as props, how to change your voice,” says Southard. “They have to learn to listen. We see these incremental changes, not in every boy, but most. And the therapists see it. We teach the older boys about metaphor. They think of one of their victims and one of the episodes of an offense, then they write the victim’s story from the victim’s point of view, in first person.” Using the professional actors and other boys from the theraputic group, they perform. “It’s very powerful for everyone in the room. When you’re listening to someone’s story and you’re stepping into their shoes, that is an act of empathy.”

It should come as no surprise that Southard has brought her community involvement skills with her. She will be holding a “Civic Saturday,” her second such event since moving to the Sandhills in 2016, on Saturday, June 15, from 10 a.m. to 11:30 a.m., at the Pinehurst Village Hall, at 395 Magnolia Road in Pinehurst. The theme is “Facing the Climate Crisis: Urgency, Action and Hope.”

The Civic Saturdays concept was gleaned from a Seattle program called Citizen University. “Their goal is to promote civic engagement around core values of liberty and ethical responsibility as citizens,” says Southard. The gathering is non-partisan. The stated goal is to “nurture and energize a spirit of shared purpose and effective citizenship around our nation’s creeds of liberty, equality and self-government.” The program will consist of a brief talk by Southard, some music, and readings from American civic literature that could range from excerpts of famous speeches to parts of the Constitution.

And that next book? It remains a secret. “I learned from Nagasaki you have to really choose topics that you’re willing to stay with for years and years and years,” she says.

It’s worth the wait to be the memory of a generation.  PS

Jim Moriarty is the senior editor of PineStraw and can be reached at jjmpinestraw@gmail.com.