Eye of the Beholder

Famous faces of the Sandillls

The idea that somehow, somewhere, there is someone who looks just like you is so deeply embedded in the human psyche it could have been a whole new level of awareness in Sigmund Freud’s study of the mind or maybe a McGuffin in an Alfred Hitchcock movie.

Alter egos, evil twins, double spirits — whatever you want to call them — show up in folklore, religions and cultures throughout human history. Dostoyevsky wrote a novel about it. Stephen King waded into its DNA. Donald Duck has a double, and so does Droopy. Homer Simpson has a doppelgänger named Guy Incognito. So it occurred to us we may have a few doppelgängers of our own. What follows are some of the most recognizable works of art ever created and the people who look, rather surprisingly, as if they could have been the ones in the frame.

The Son of Man – Photograph by John Koob Gessner

Belgian surrealist painter René Magritte created The Son of Man in 1964 as a self-portrait. “Everything we see hides another thing, we always want to see what is hidden by what we see,” said Magritte. Most recently the painting played a staring role in the 1999 remake of The Thomas Crown Affair. The apple of our eye is, well, anyone’s guess. 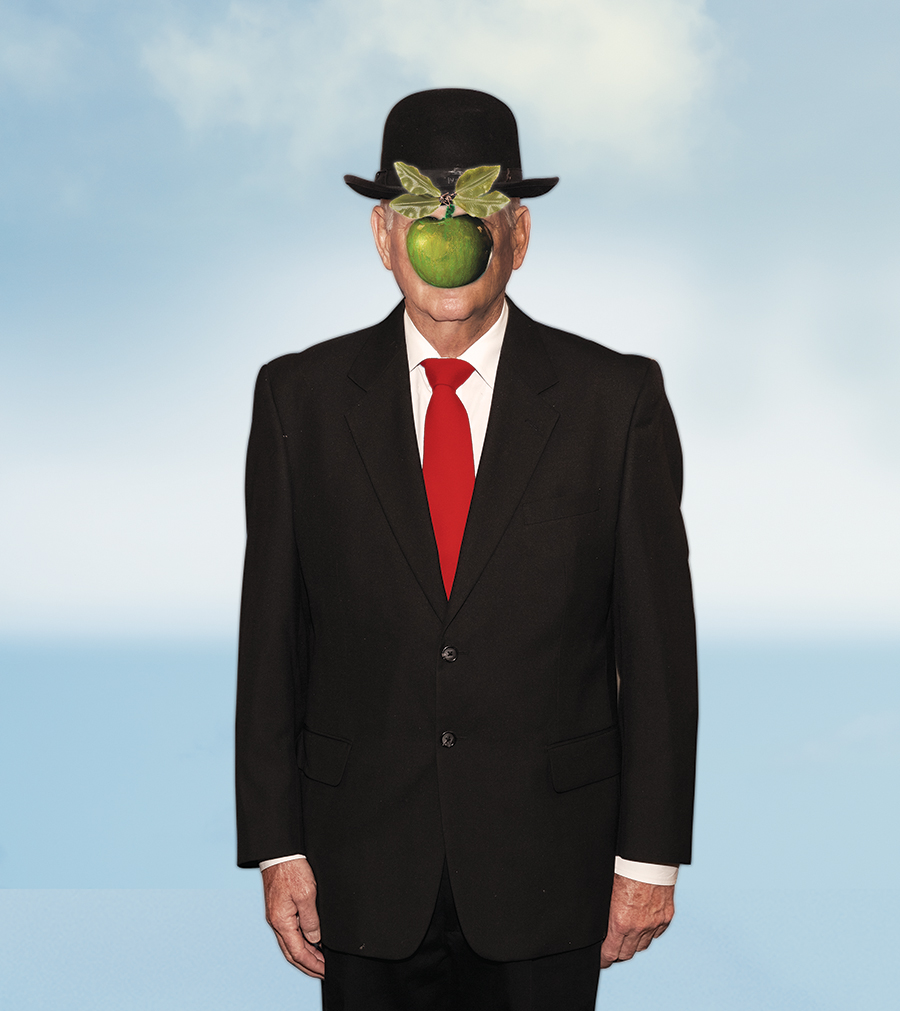 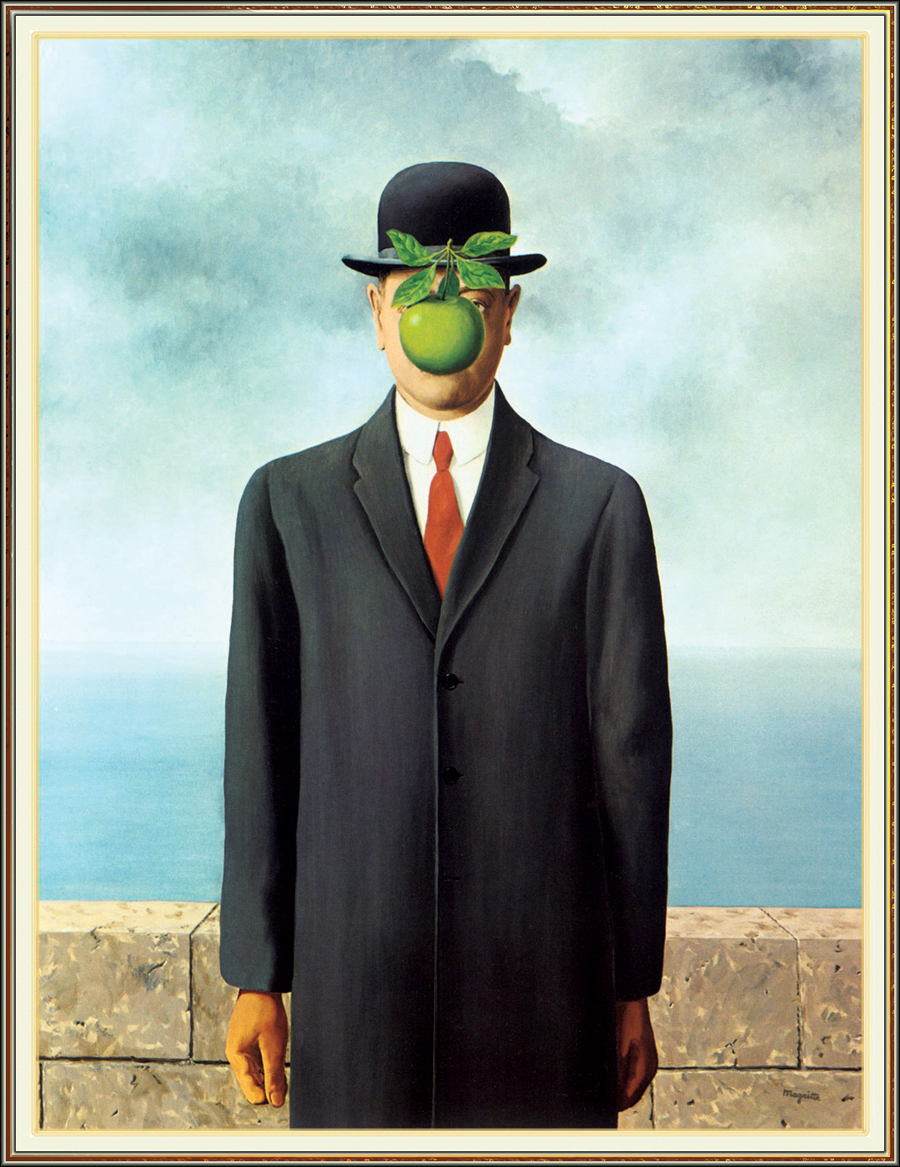 Created by Andrew Wyeth in 1968, this is a portrait of Johnny Lynch, a Chadds Ford, Pennsylvania, neighbor of Wyeth’s. In his autobiography Wyeth said, “I, frankly, was intrigued by his jet-black hair. The title is the section of Chadds Ford — the Italian part of town — where his family lived for some time.” Franklin Dean, a certified general real estate appraiser for Village Appraisers LLC, steps into the frame as our Johnny Lynch. 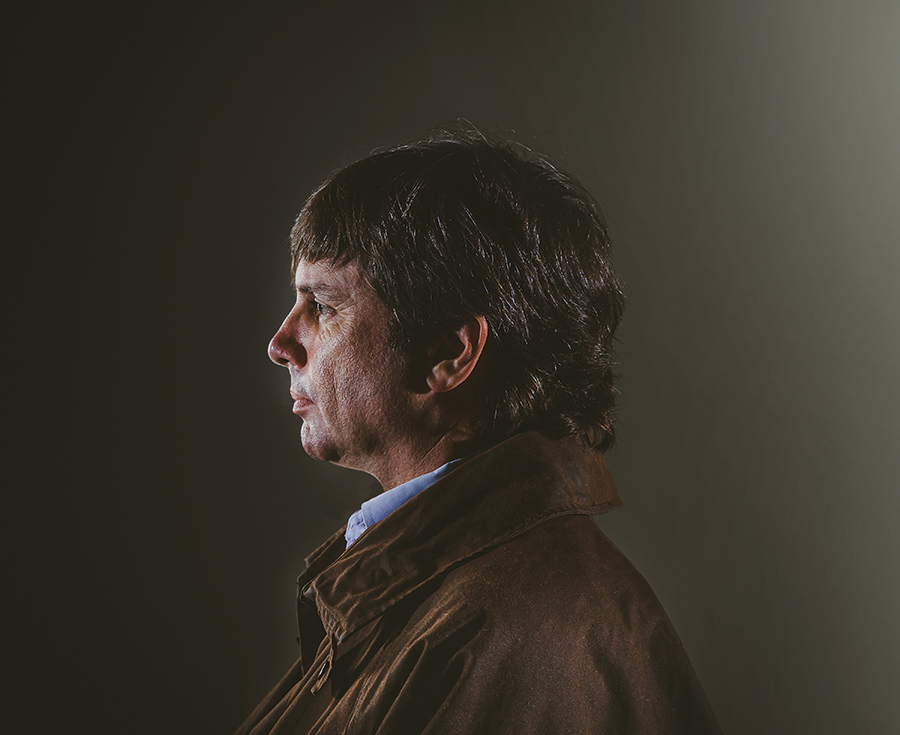 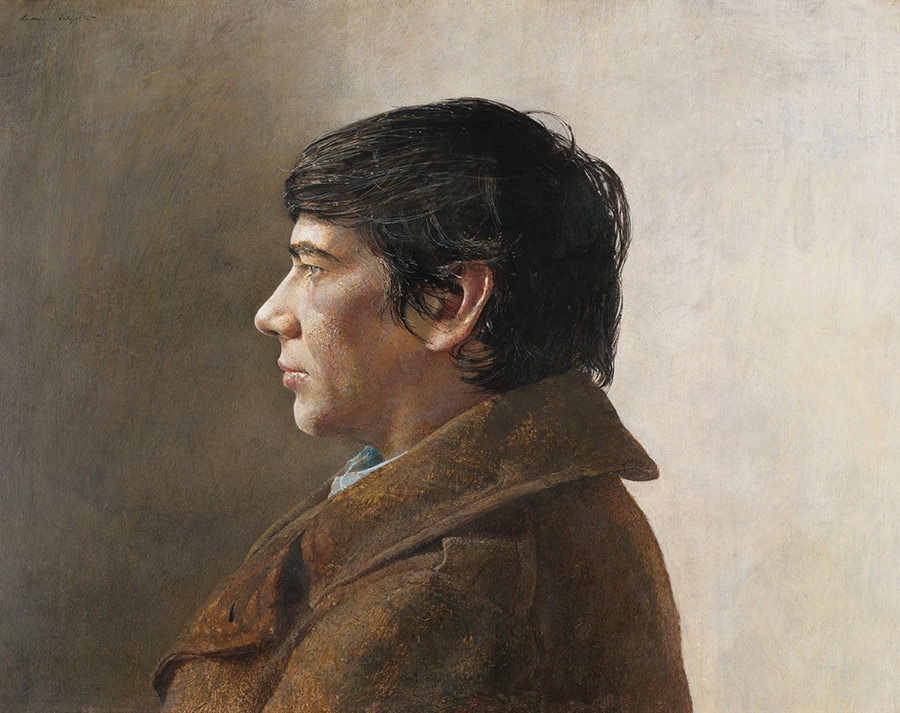 John Singer Sargent’s 1883 painting of the young socialite, Virginie Amélie Avegno Gautreau, the wife of a French banker, caused a sensation at the Paris Salon of 1884. The model, an object of fascination for artists, was an American expatriate who became notorious in Parisian society for her beauty and rumored infidelities. Another artist of the period, Edward Simmons, said that he “could not stop stalking her as one does a deer.” We hunted down Fiona McKenzie, the Department Chair of Culinary and Pastry Arts at Sandhills Community College, to be our Madame X. 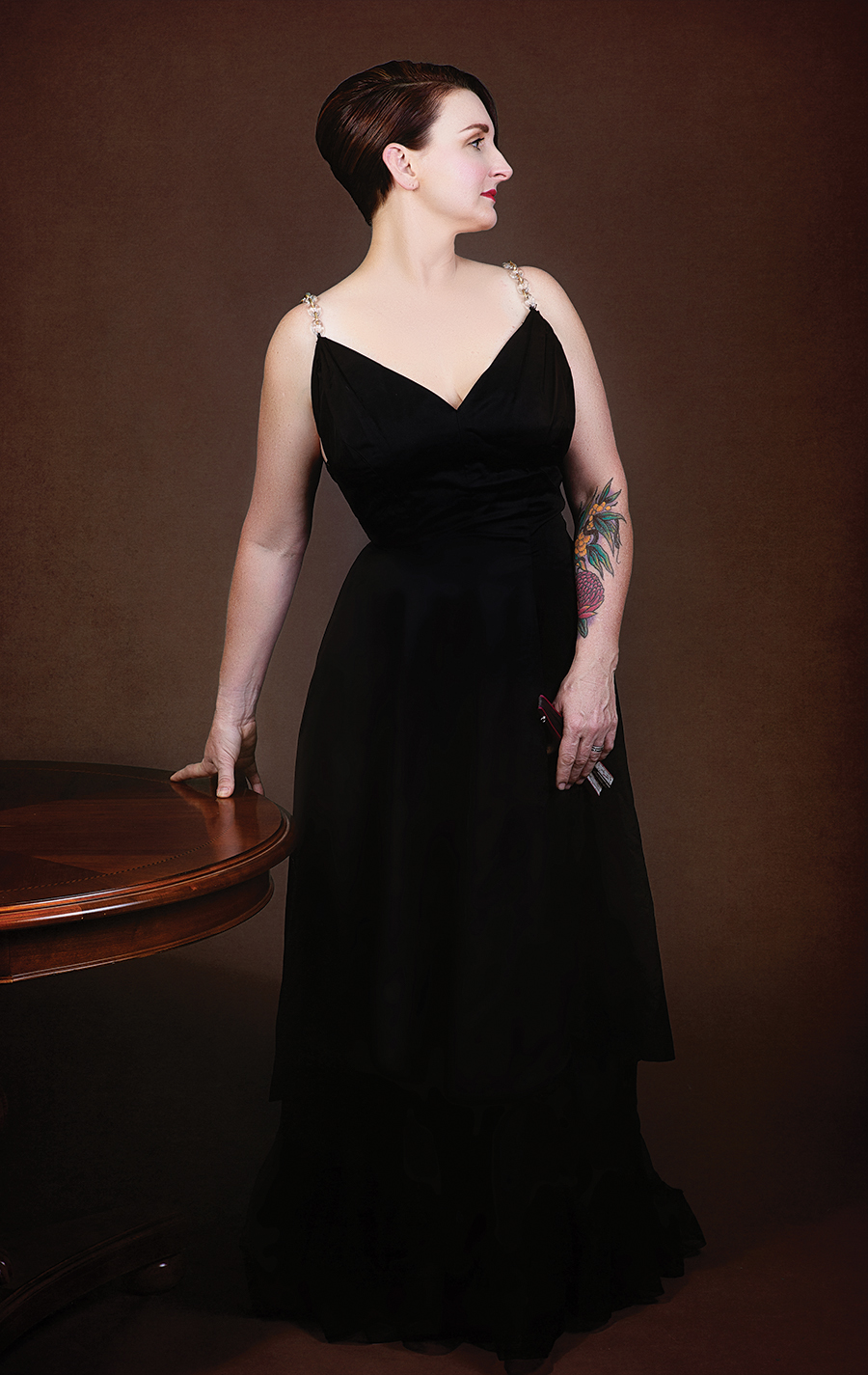 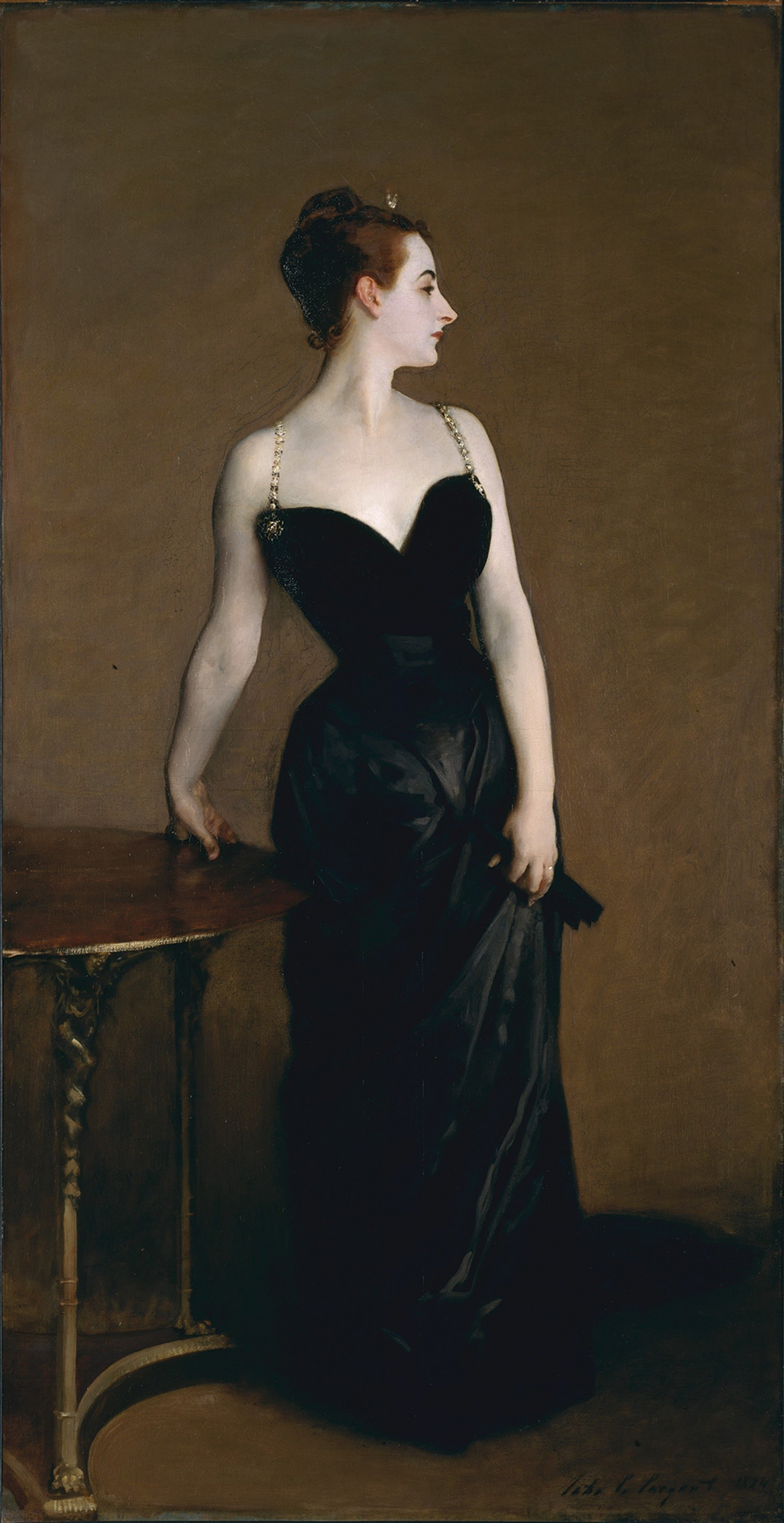 Self Portrait with a Beret – Photograph by John Koob Gessner

Painted by the French Impressionist Claude Monet in 1886 when he was 46 years old, it’s one of several self-portraits done by Monet when he was living in Giverny, France. Though his brow is slightly furrowed, there is a twinkle in his eyes. Our Monet is Max Reeder, a network engineer at Fort Bragg and a local musician. 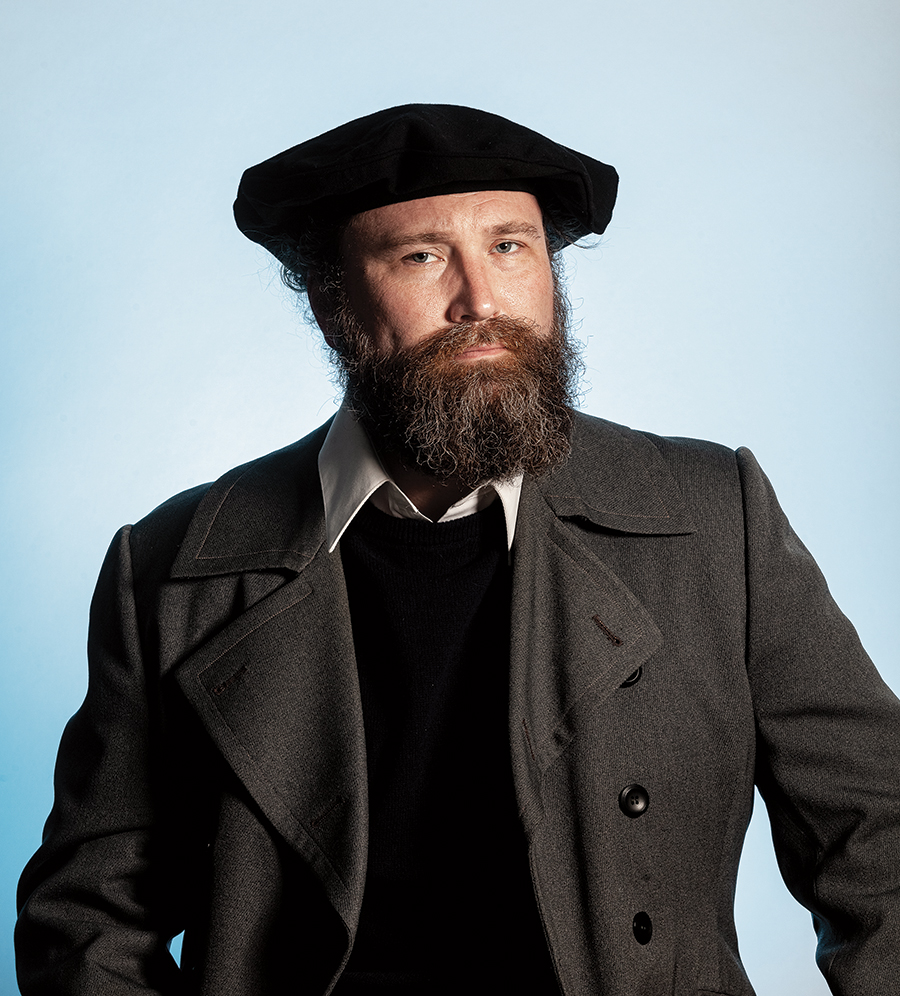 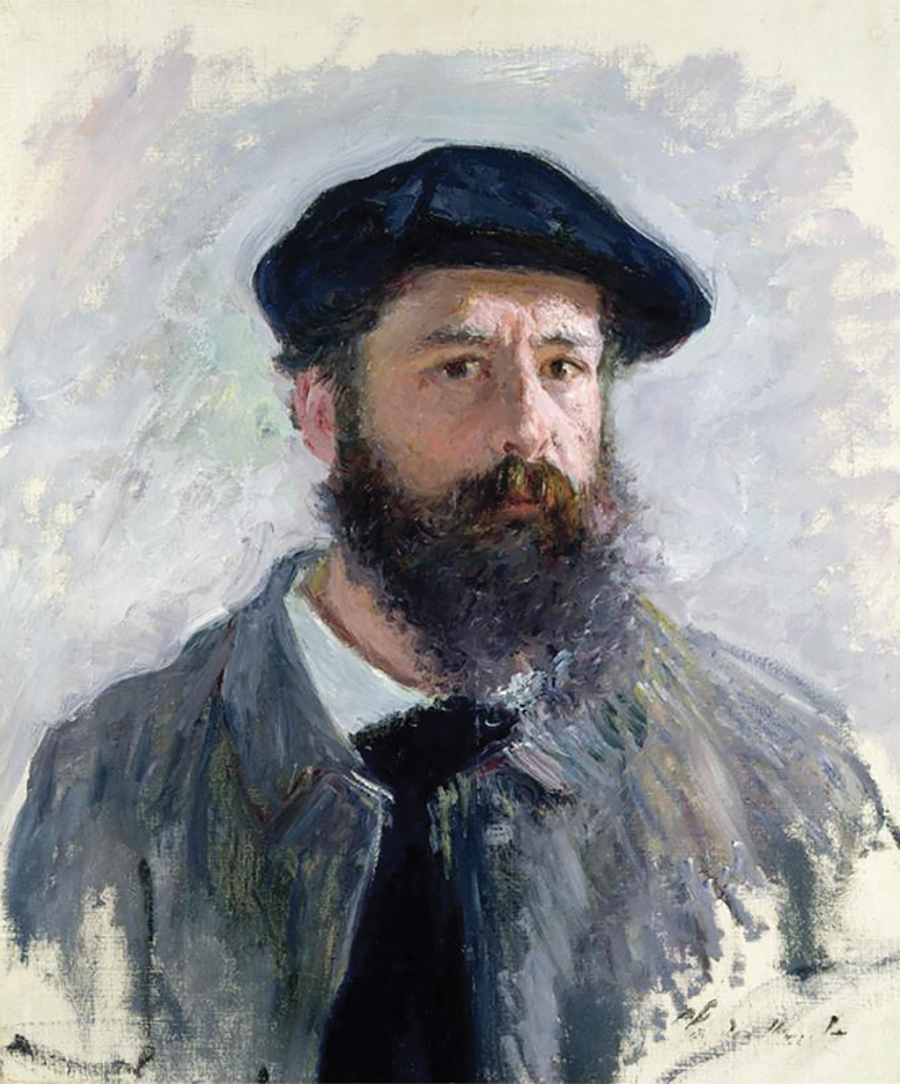 Believed to have been painted between 1503 and 1506, Leonardo da Vinci’s portrait, thought by many to be of Lisa Gherardini, has been described as “the best known, the most visited, the most written about, the most sung about, the most parodied work of art in the world.” It hangs in the Louvre Museum in Paris but our Mona Lisa, Stephanie Sims, can be found at Swank in Southern Pines and is strictly local. 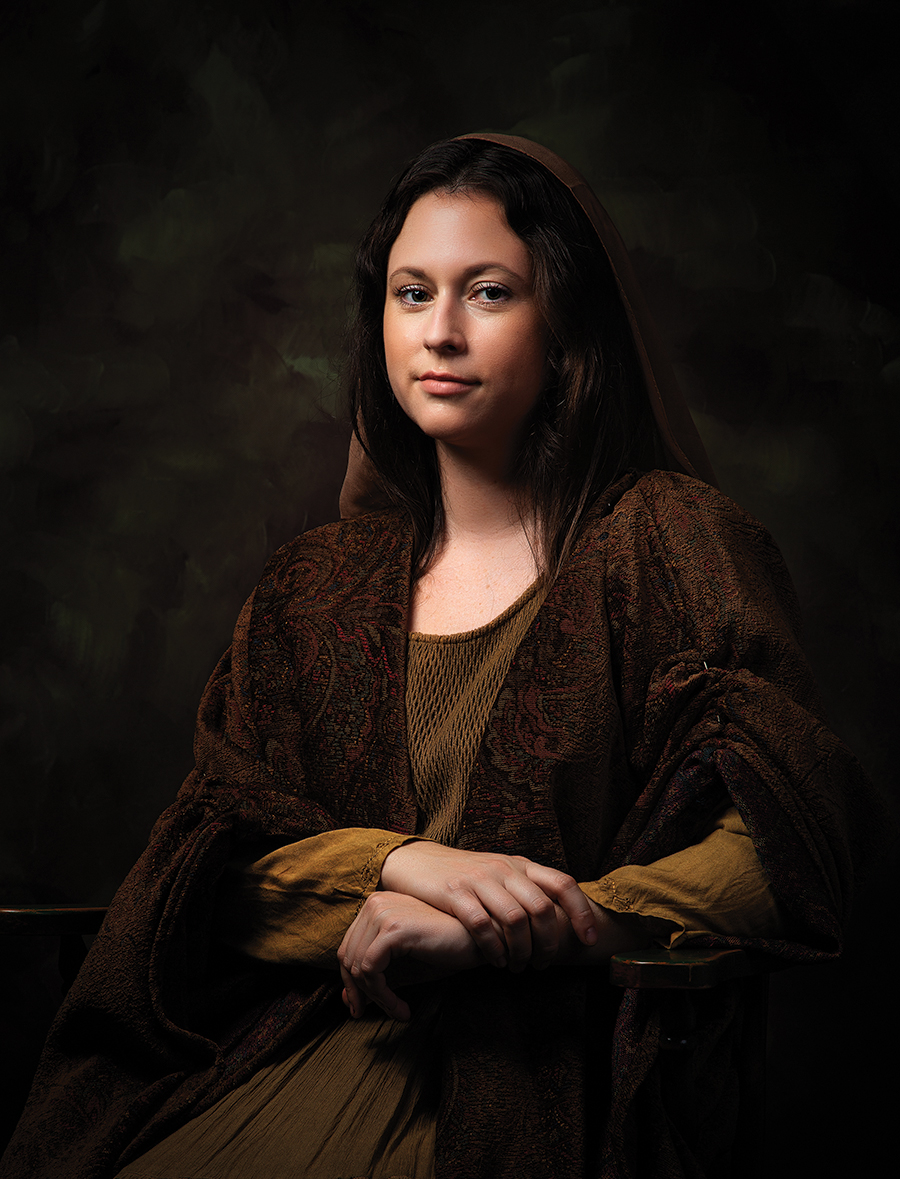 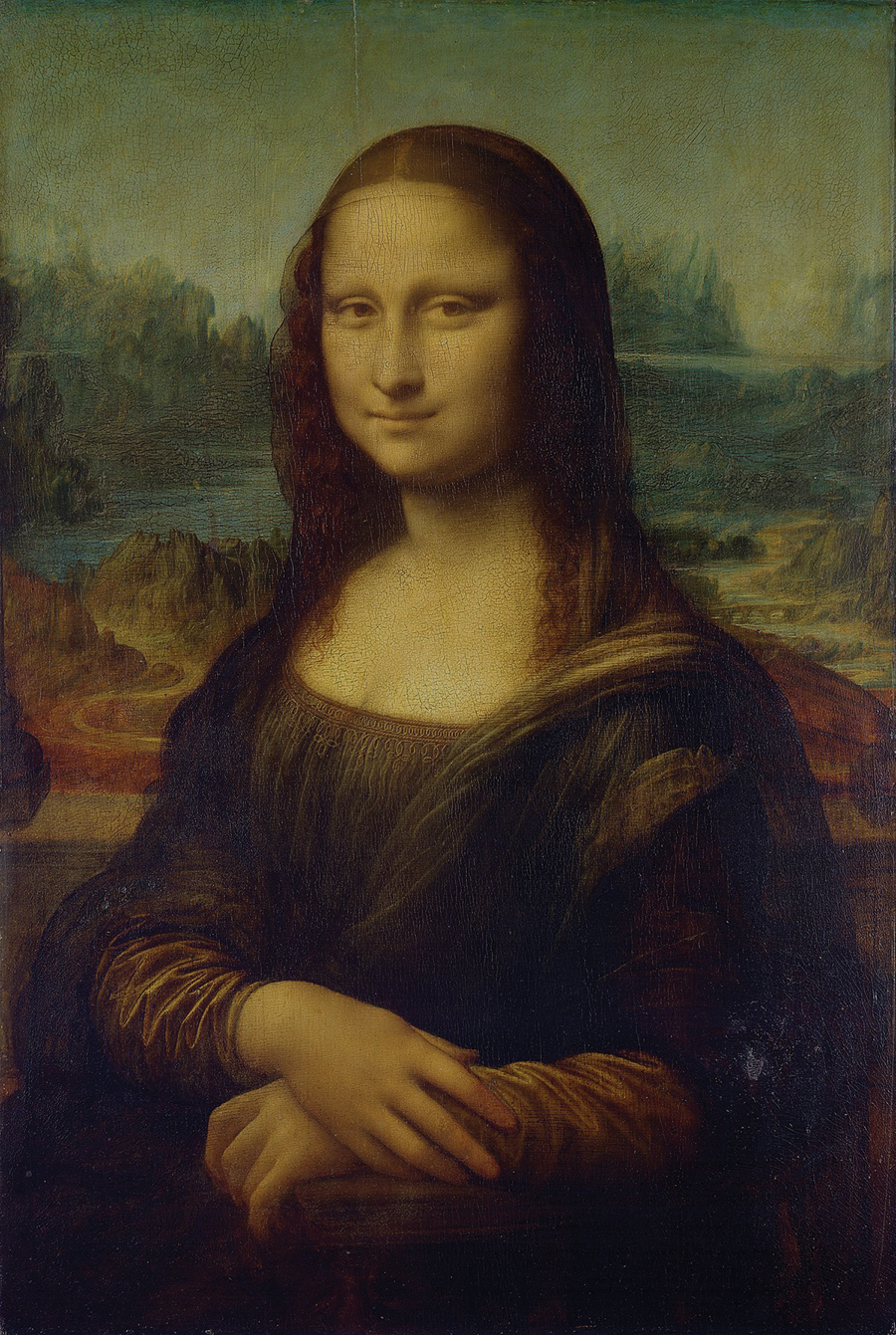 Cecilia Gallerani, the mistress of the Duke of Milan, is the subject for this portrait done by Leonardo da Vinci around 1489-90. It, and the Mona Lisa, are two of only four portraits of women painted by Leonardo. The Lady with an Ermine was painted in oils, a relatively new medium in Italy at the time, on a wooden panel. Our lady is Houston Verbeck, a nursing student at Sandhills Community College who also works at Curt’s Cucina in Southern Pines. 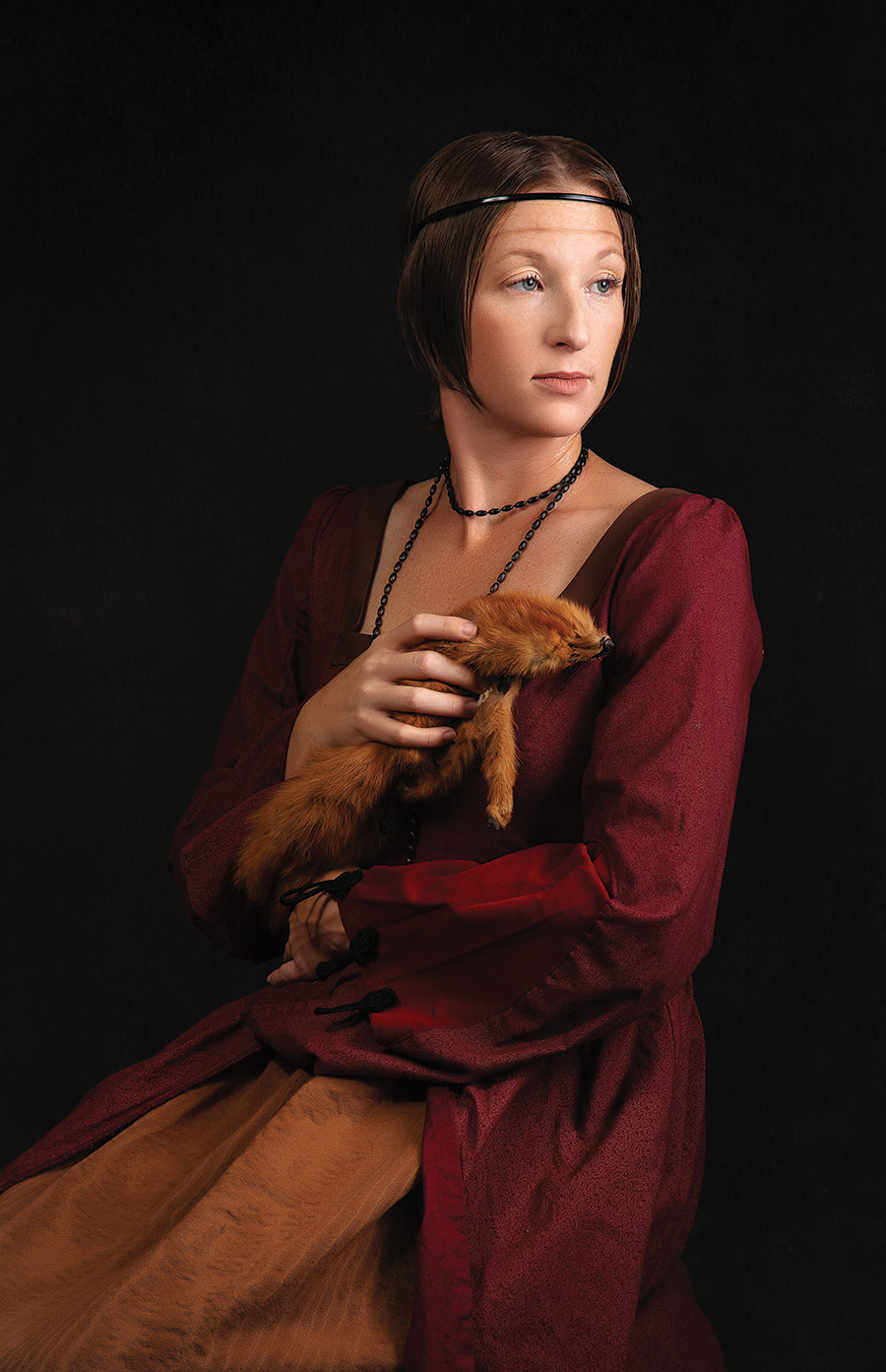 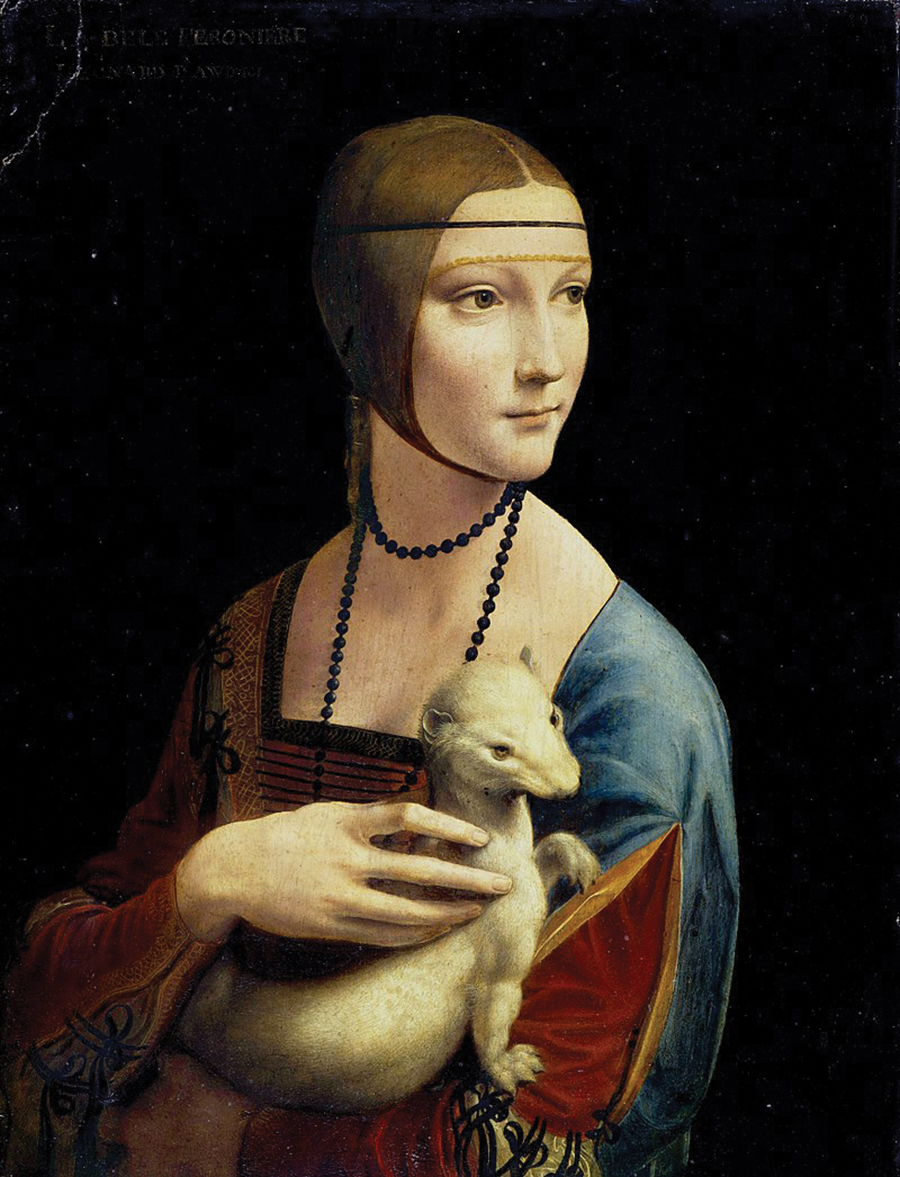 Made at the height of Gustav Klimt’s career, the 1907 portrait is a mix of naturalism — in the face and hands — and the ornamental decoration of the dress, influenced by Egyptian art. Adele was one of Klimt’s mistresses and has the distinction of being the only person the artist ever painted twice. Our Adele is Katrina Denza, the associate editor of Narrative Magazine and the chair of the Weymouth Center for the Arts and Humanities residency program. 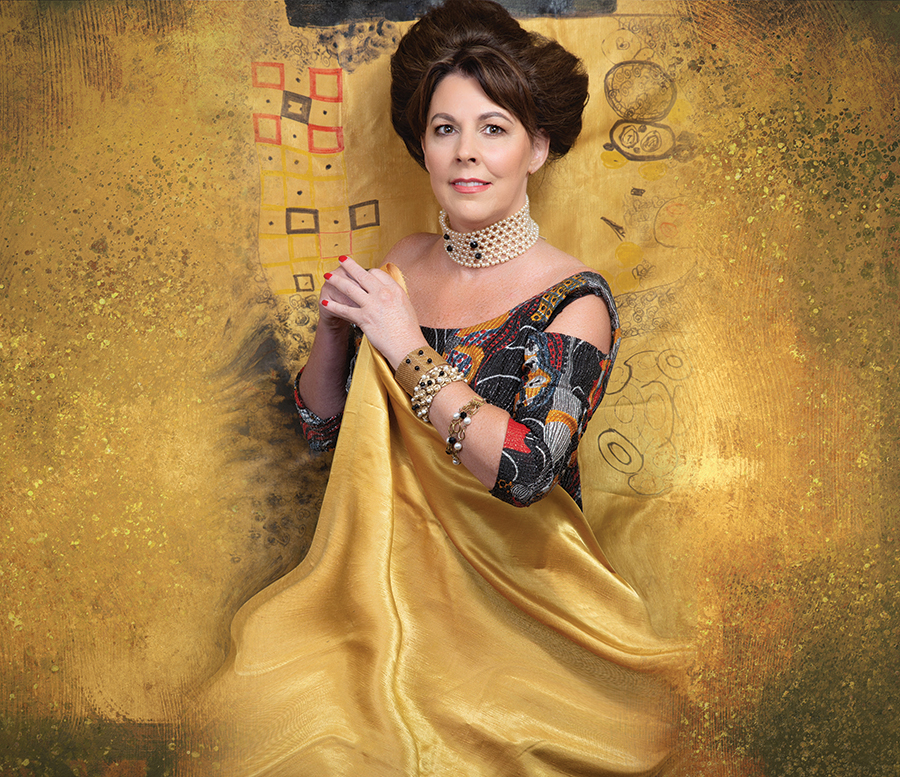 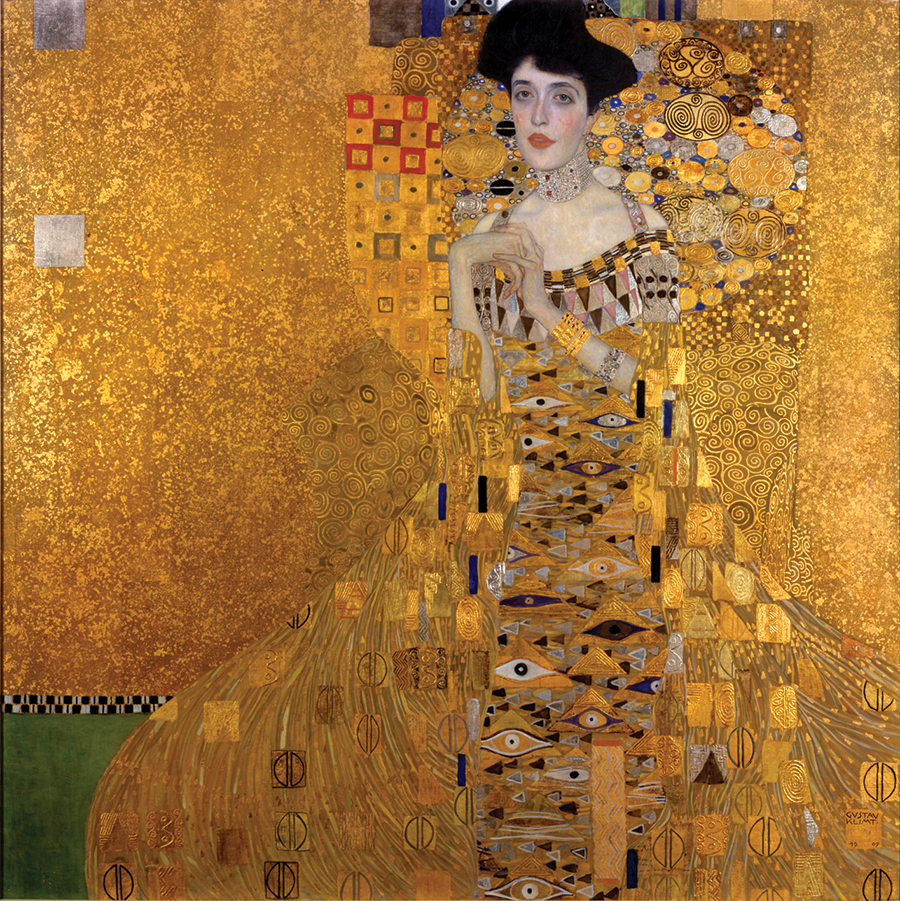 Possibly a study for a larger mural destroyed in a fire, this painting is the only surviving work of Henry done by Hans Holbein the Younger and one of the most iconic images of any British monarch. It was created in 1536-37. The larger original was intended to hang in the privy chamber of the Palace of Whitehall. Stepping in as our facsimile is Anthony Parks, the king of The Ice Cream Parlor in Southern Pines. 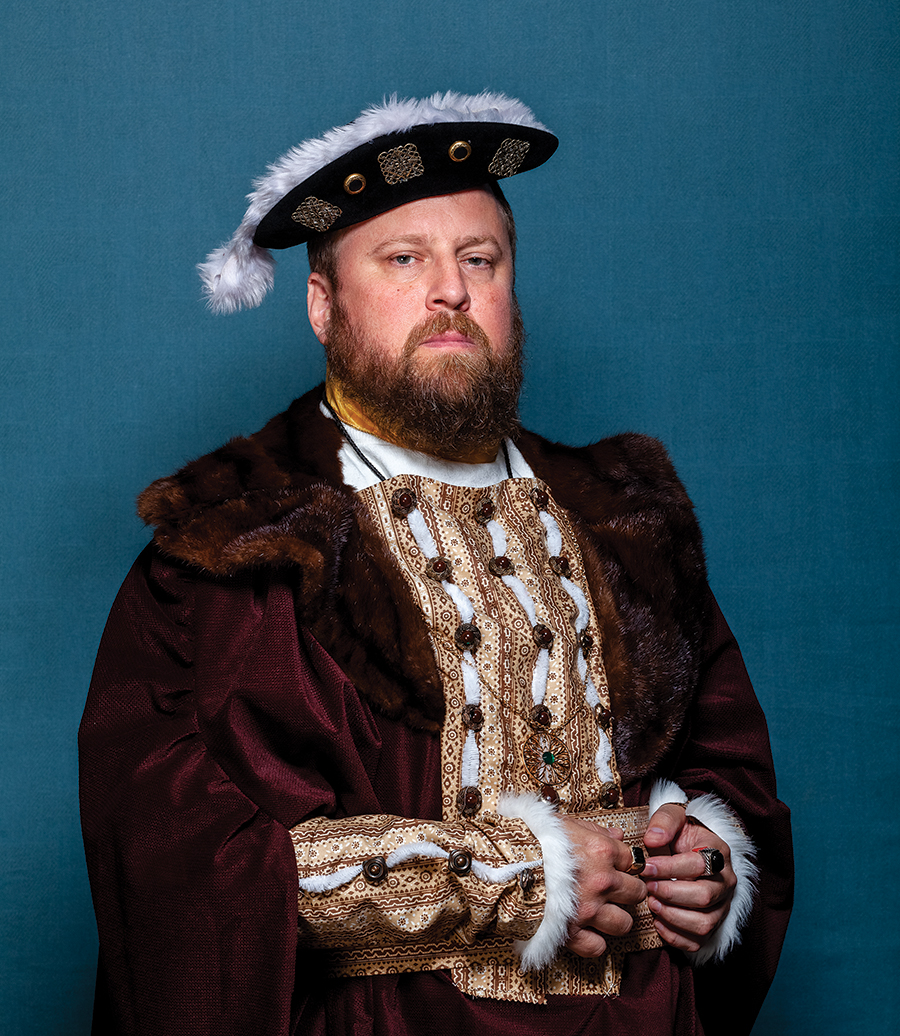 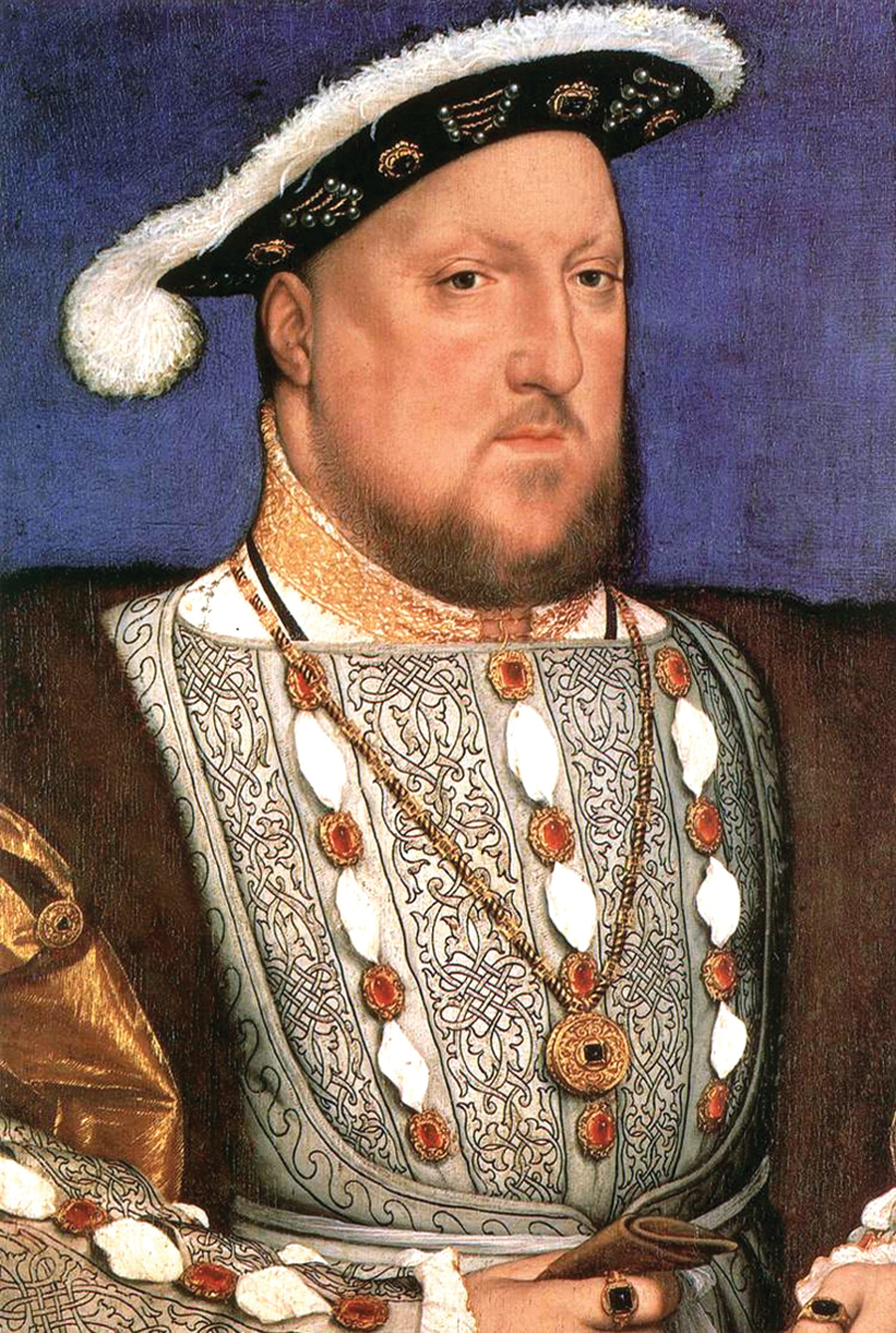 First exhibited at the Paris Salon in 1882, the painting is considered one of Édouard Manet’s masterworks. It depicts a scene in the Folies Bergère nightclub in Paris. The woman at the bar is a real person, known as Suzon, who worked at the club. Our Suzon is Jessie Pollitt who tends the Pure Barre in Southern Pines. 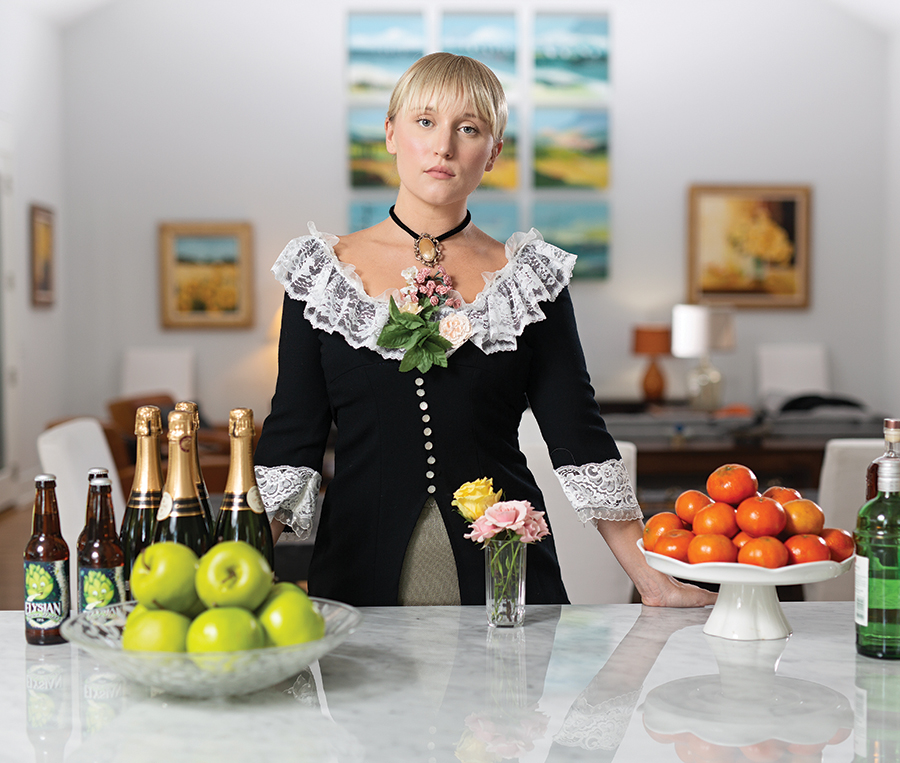 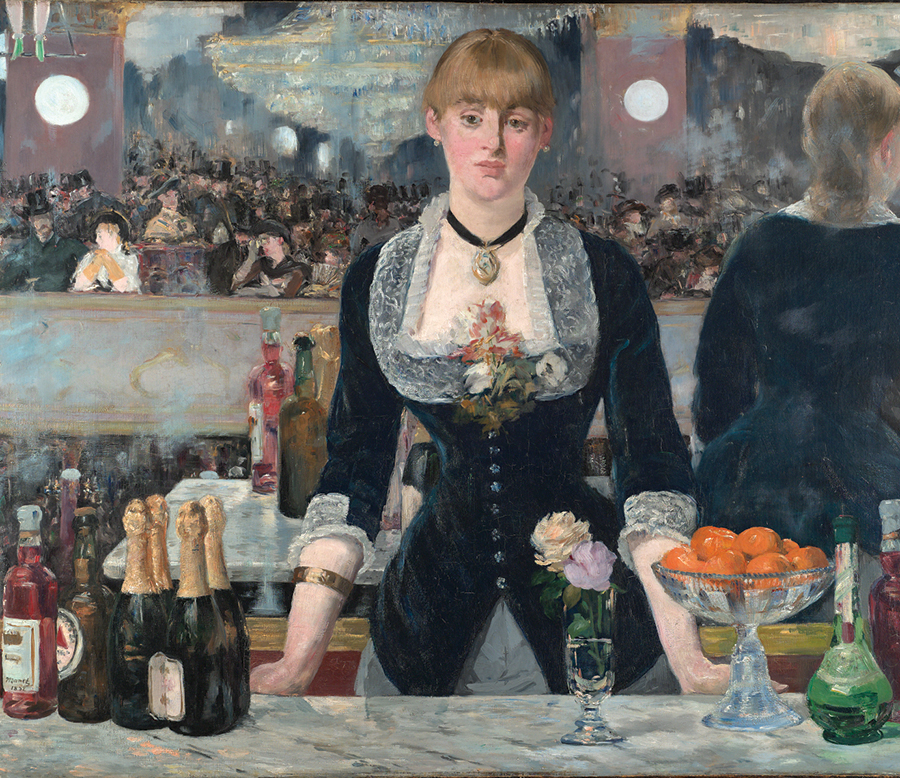