Caught In A Trap

The world’s longest-running play, written by the world’s most successful female playwright, who also happens to be the world’s bestselling novelist, will celebrate — at least in part — its 70th anniversary on the Owens Auditorium stage of the Bradshaw Performing Arts Center. Dame Agatha Christie’s classic, The Mousetrap, premiered in London’s West End on Nov. 25, 1952. Its BPAC performances on Nov. 17-20 will also serve as an anniversary celebration for the Judson Theatre Company as it closes out its 10th season of bringing live, professional theater to the Sandhills.

“Judson Theatre Company was selected to be one of the theater companies all over the world given the rights to produce a 70th anniversary production of The Mousetrap,” says Morgan Sills, Judson’s co-founder, executive producer and a Sandhills native who assumed the role of BPAC’s executive director last March. “I love it. It will be our third Agatha Christie after And Then There Were None and Witness for the Prosecution, each of which broke our box office record at the time.”

It also marks the first time one of Judson Theatre Company’s previous headliners will return. Alison Arngrim, best known for her character Nellie Oleson on the long-running television series Little House on the Prairie, was in Judson’s production of And Then There Were None five years ago. She’s the author of the autobiographical book Confessions of a Prairie Bitch: How I Survived Nellie Oleson and Learned to Love Being Hated, which became a one-woman show. 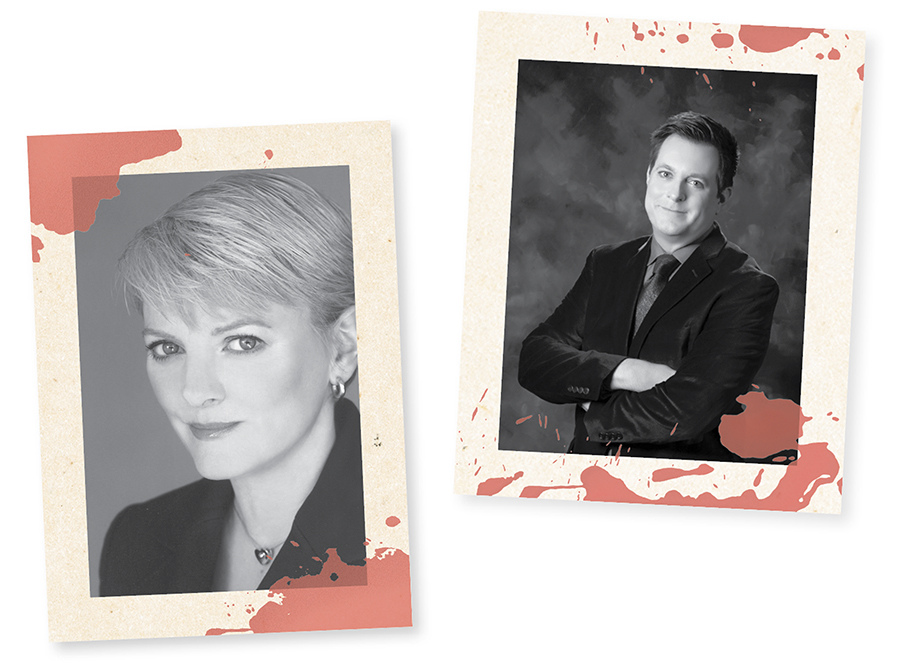 “I get this text from Morgan, just a heads up: ‘I’m on the phone with your agent. You wouldn’t want to come and act in an Agatha Christie again, would you?’ And I’m like, ‘Which one?’ It’s Mousetrap,” says Arngrim, whose character in the play is Mrs. Boyle. “I’m a sucker for a villain role and I’m like, wait, isn’t this the really mean, terrible, remorseless English woman who dies at the end of Act I? I enjoy mean, cruel and remorseless older English ladies who die in Act I. I’m totally there. I love Agatha Christie and I love Judson Theatre. I had an absolute blast the last time I did it.”

After a half-dozen out-of-town shakedown cruises that started at Theatre Royal in Nottingham in October of ’52, The Mousetrap — which began as a radio play that morphed into a short story that evolved into a stage play — has run continuously in London’s West End since it premiered there, with the exception of a brief shutdown from March 2020 to May 2021 caused by the COVID-19 pandemic.

Set in the great hall of Monkswell Manor, “this collection of characters from different backgrounds gets trapped in a snowstorm,” says Sills. “There’s been a murder and you find out whodunnit. It’s got a classic Christie plot and a surprising resolution. I’ve been looking forward to doing it for a while and when the anniversary came up, we knew this was the year to do it.”

By tradition, at the end of the play, the audience is asked not to reveal the killer’s identity to anyone outside the theater to avoid spoiling the surprise for future audiences. That the play has become a London tourist and theater-going staple was a surprise to even Christie herself, who imagined it might enjoy as much as an eight-month run. In 2011, a telegram sent in 1957 from playwright Noël Coward to Christie was discovered in a piece of furniture purchased from the Christie estate. It said, “Dear Agatha Christie. Much as it pains me I really must congratulate you on The Mousetrap breaking the long run record. All My Good Wishes. Noel Coward.”

While a 10-year anniversary can seem insignificant stacked up against the 70-year history of a theatrical institution like Mousetrap, Judson Theatre’s decade of success, including as it does the years when all of Broadway was shut down by the pandemic, is impressive in its own right. Ten years ago Joyce DeWitt starred in Judson’s first production, with the late Tab Hunter. “Love Letters ended up being one of the happiest experiences of my life, doing that play with Tab,” DeWitt says. “He is one of the most underrated actors in the history of Hollywood. He was so good in that role, so powerful, so present, so simple and so nakedly honest that I just fell inside what he was doing.”

After 10 seasons, the number of classic plays and the actors who brought them to life is too long to list. A good sign. “There’s been so much joy,” says Sills, who co-founded Judson with artistic director Daniel Haley. “So many of the stars we’ve had have been wonderful on the stage — because they’re not hired for their celebrity, they’re hired for their talent — but they’ve been wonderful off stage, too. To see our students and interns interact with them, the way the legacy of theater is passed on by working with them, has been beautiful.”

Involvement with the community has been at the heart of Judson’s mission. “Daniel and I are especially proud of the education program,” says Sills. “The Mousetrap will be part of that. The students get a copy of the book. We have a study guide written. They attend the show. We pay for transportation, their ticket, and substitute teachers. They get a field trip and a one-of-a-kind experience.” Combined, there will be something in the neighborhood of 600 students attending from North Moore, Union Pines and Pinecrest high schools.

“I’m grateful that we’ve managed,” says Sills of their first decade. “It’s always been challenging but the challenges change and the joys of doing it change. There hadn’t been true professional theater here in such a long time. The inspiration came from what they used to do in Pinehurst’s Theater Building with stars and plays, everything.”

But it wouldn’t have been possible without Sills’ Sandhills upbringing and connections. “It’s very much to do with Morgan being from there,” says Arngrim. “It’s hard to do any project from a charity to a theater to anything in any community where people think it just blew in from outside and it’s not part of ‘our’ community. If it was just someone coming from New York into Pinehurst, North Carolina and saying, ‘Hey, I’m going to do theater here’ it might not catch on the way that it did.”

And, having worked in theater in nearly every capacity known to man doesn’t hurt. “It really comes down to the fact that Morgan’s just a really fine theater manager,” says DeWitt. “He not only knows and understands the theater but he loves it, so his passion matches his talent. What he and Daniel have done there, it’s really kind of beautiful.”  PS

Jim Moriarty is the editor of PineStraw and can be reached at
jjmpinestraw@gmail.com.