Carefully holding her camera above the surface of the water, Laura Gingerich waded into the forest swamp up to her armpits. Her feet sank into the slippery rot and muck on the bottom. Like quicksand, the more she moved, the more the ground swallowed her legs, nearly reaching her knees. Beyond a stand of cypress, she saw a clearing. By then the water was touching her chin. Turning a corner, they appeared in front of her. It was a robust, diverse community of birds, a breeding spot for snowy egret, great egret, great blue heron, green heron, cormorant and anhinga. Awe replaced trepidation. In the months that followed, Gingerich used a jon boat, a kayak and a canoe to return over and over again to the swamp, gathering photographs of this rare inland rookery in Robeson County. 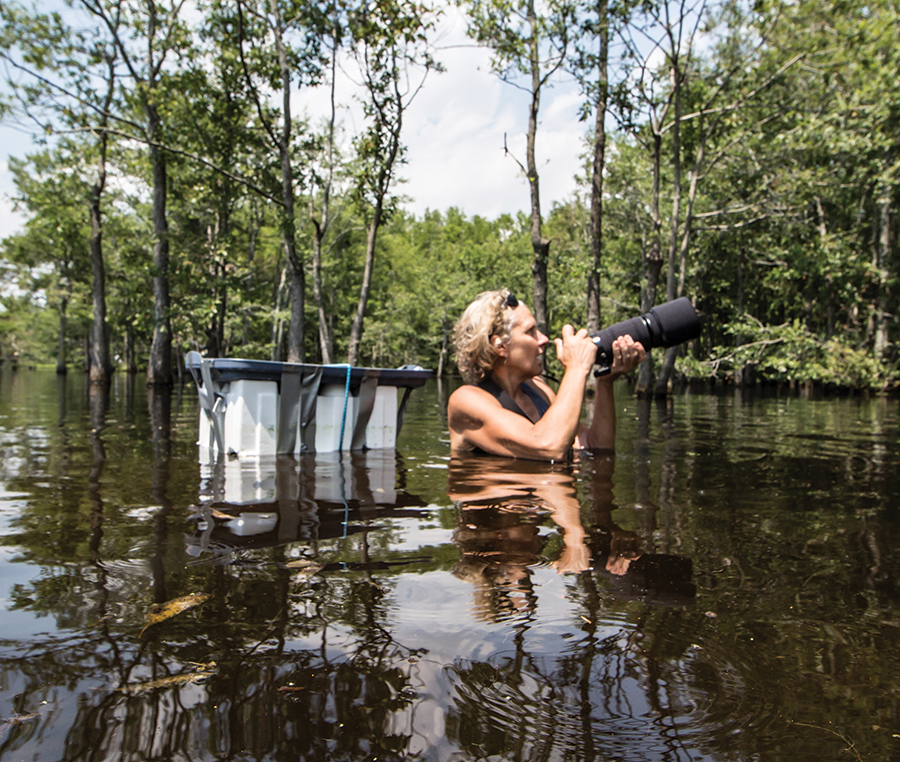 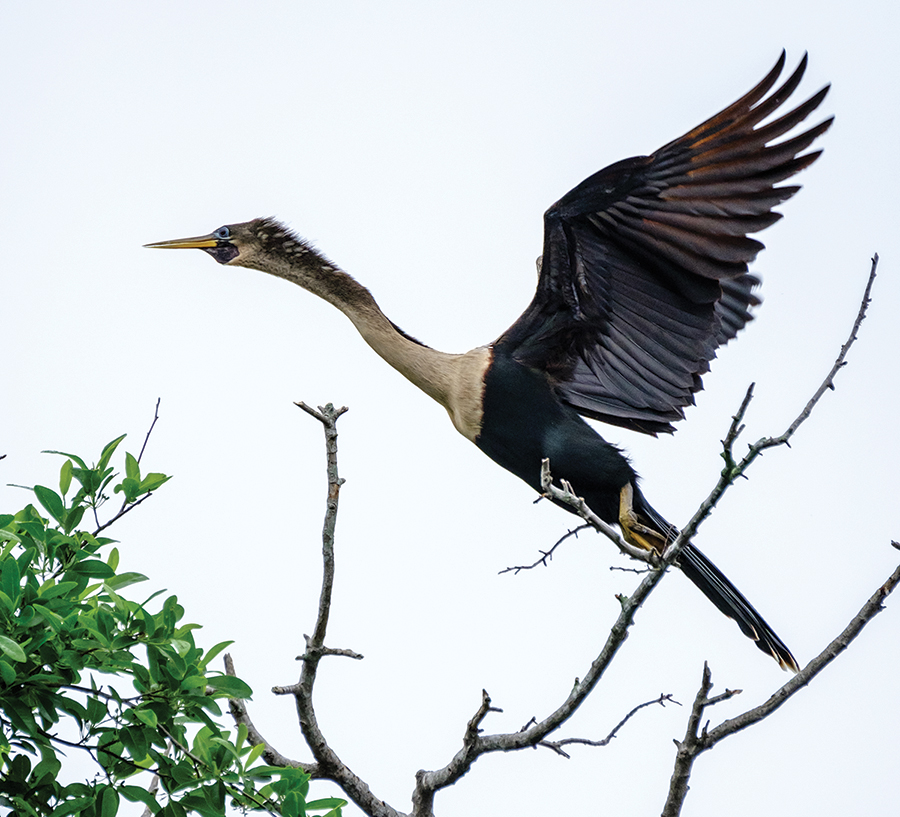 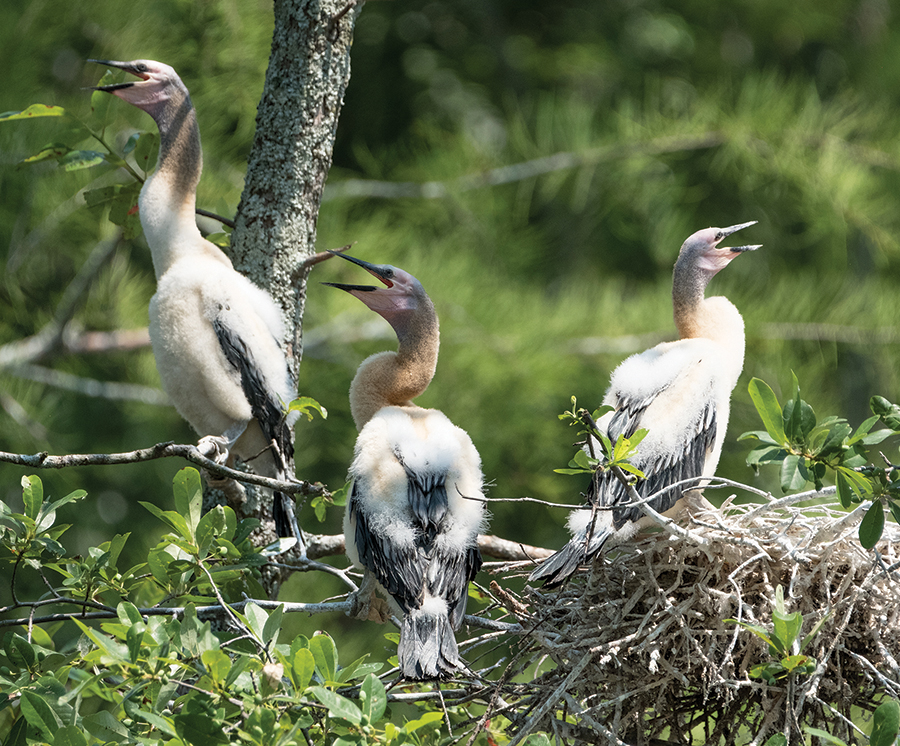 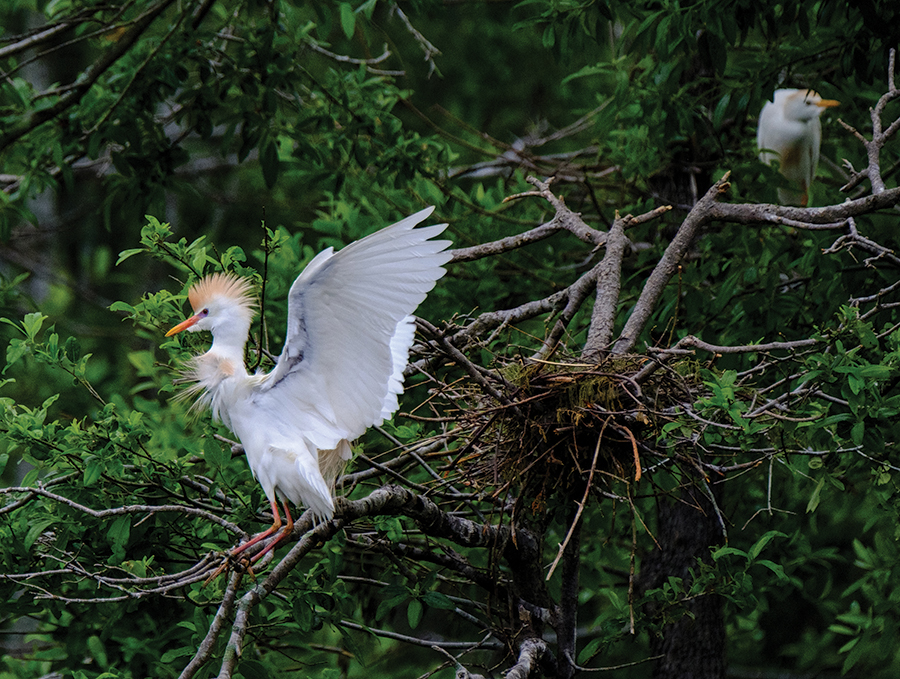 “It’s one of the clay-based Carolina Bays,” says Jeff Marcus of the Nature Conservancy. “Carolina Bays are these unique geological features, rare isolated wetlands that occur primarily in the coastal plain of North and South Carolina. They’re all elliptical in shape and all kind of oriented to the northwest and southeast. It’s been a hotly debated topic as to what the origins of these things are. People have speculated everything from meteor impacts to dinosaur or whale wallows. The most prevalent theory is that it has more to do with the wind and wave actions when the Coastal Plain was a shallow sea.” 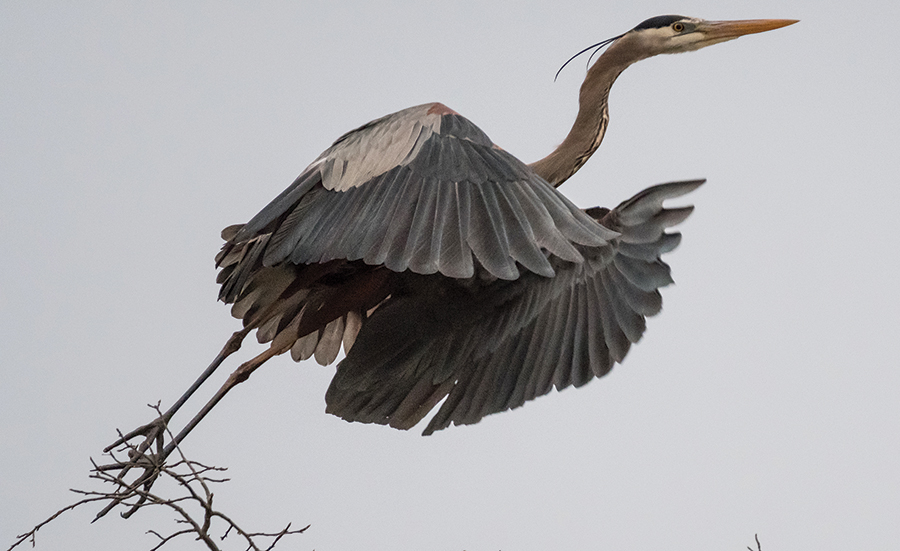 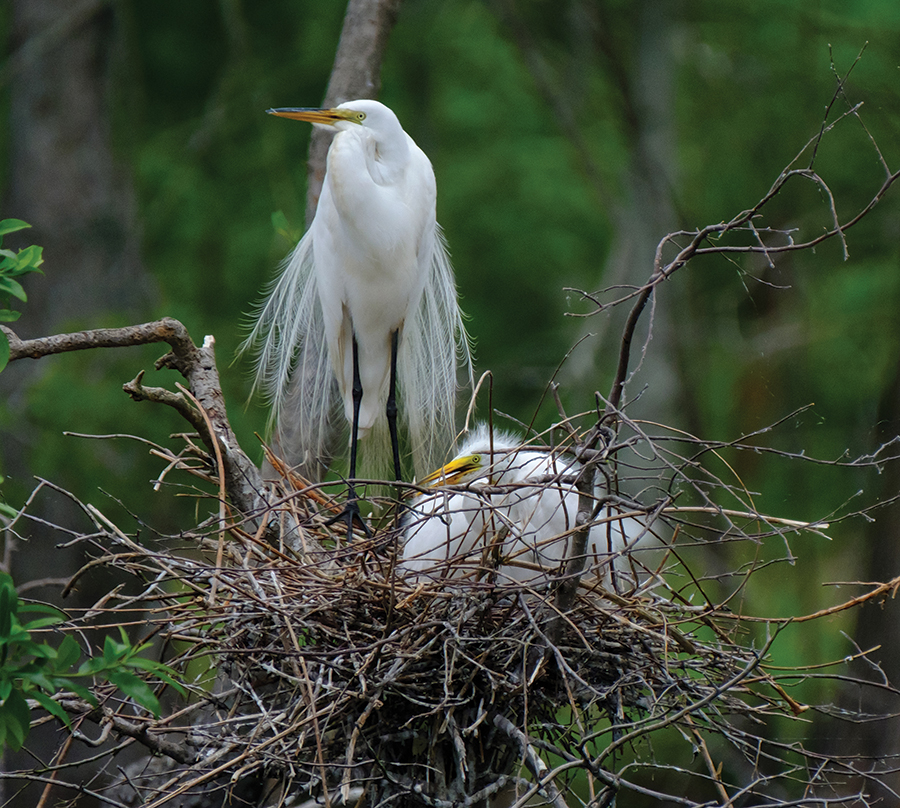 This bay, like many others, is protected by the Nature Conservancy. “What makes this site interesting is that most of those birds primarily are kind of coastal breeders. They’re found in the greatest abundance right at the coast, nesting on barrier islands, so it is somewhat unusual to have a large rookery so far inland,” says Marcus. “It’s great to get people more interested and aware and excited about all the natural history we have right in our own backyard. We don’t always appreciate what a special and unique place it is to live where we do.” 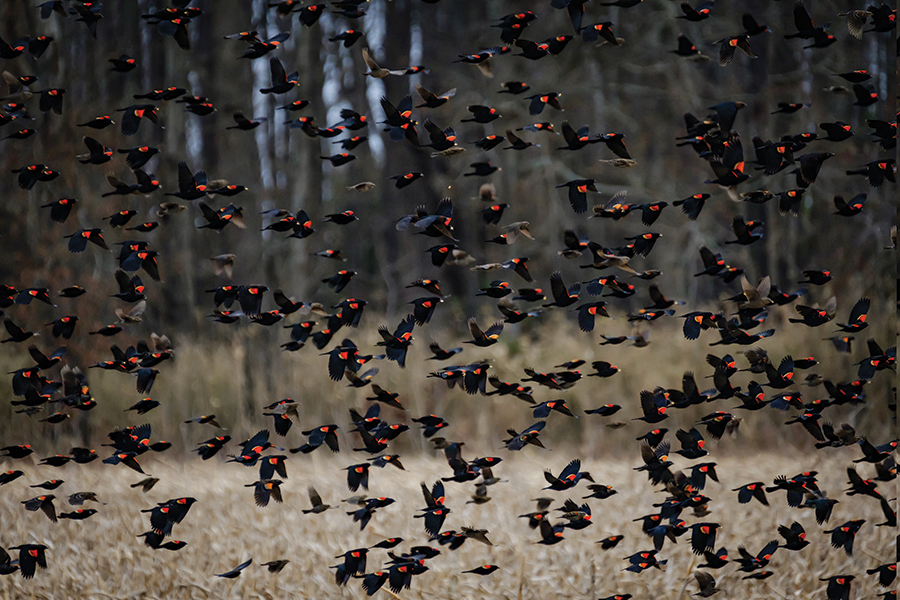 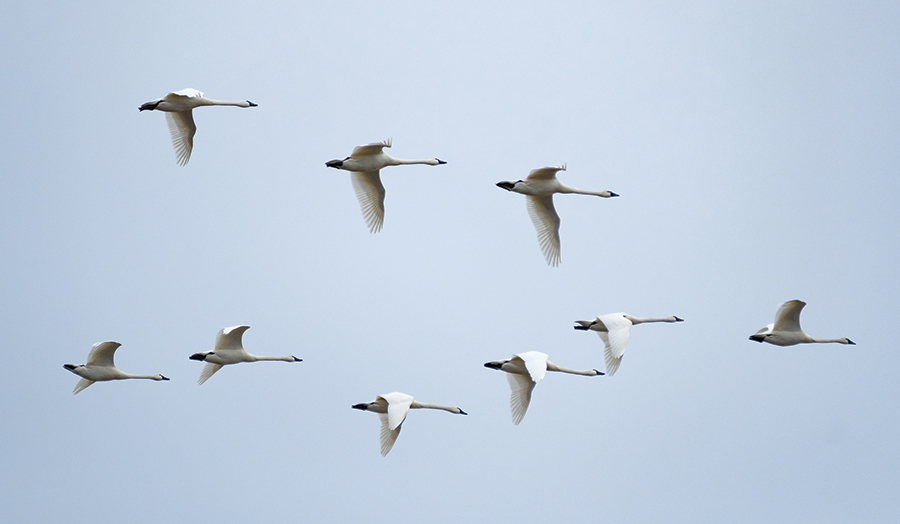 Anyone interested in visiting a site like the rookery in Robeson County or in becoming a member of the Nature Conservancy can call the Sandhills field office at (910) 246-0300.