A Passion for Palindromes

It all started when I discovered the mysterious connection between TUMS and SMUT. This childhood revelation (and the fact that I can read backward, a talent which I inherited from my mother) has led to a lifelong interest in collecting and inventing palindromes, words and phrases that read the same way forward and backward.

The cult of the palindromes owes its existence to Sotades of Maroneia, a Greek poet and satirist of the third century B.C., who invented palindromic verse and coined the term. The last century has produced J.A. Lindon and Leigh Mercer, British palindromists of rare accomplishment, as well as part-time palindromist and full-time humorist James Thurber. (One of his best: HE GODDAM MAD DOG, EH?)

The secret to constructing a fine palindrome is to start with a promising middle word with well-spaced vowels and consonants (FALAFEL or ASPARAGUS or ARUGULA spring to mind) and build outward, rather than starting with an end word (a mistake common to beginners). Punctuation is suspended; the only poetic license. Only a small number of palindromes make any sense without a frame of reference. So, unless you know you are reading a note from a New Guinean decorator, R.E. PAPUA ETAGERE GATEAU PAPER doesn’t mean much. Or AMARYLLIS SILLYRAMA (a comedy club for flowers?) Or how about SATAN, OSCILLATE MY METALLIC SONATAS?

For some reason, there are many good palindromes that incorporate the names of Republicans and dictators: DRAT SADAM, A MAD DASTARD; WONDER IF SUNUNU’S FIRED NOW; NORIEGA CAN IDLE, HELD IN A CAGE IRON. And consider this fine Sarah Palin-drome: WASILLA’S ALL I SAW.

Some of the best palindromes are remarkable in their brevity and simplicity: EVIL OLIVE, for example. Or the exquisite GOLDENROD-ADORNED LOG. But these pale in sophistication when compared with one of my all-time favorites, composed by the British author Alastair Reid:

The artist Steven Guarnaccia and I have been palindrome pals for a very long time. (In fact, so far back that when we began collaborating, the internet was something in a galaxy far, far away.) So in response to those youngsters who say, “Can’t you just look all these up on the Internet?” I gently reply that many of my earliest efforts were actually the result of countless hours with pad and paper, thumbing through dictionaries and collecting word lists of likely candidates. It sounds quaint, now, doesn’t it?

The following drawings are from our latest collaboration, DO GEESE SEE GOD? A Palindrome Anthology (available on Amazon). I hope you enjoy these plums of our palindromic plundering!   PS

When he is not indulging in logology, William Irvine is the senior editor of Salt. 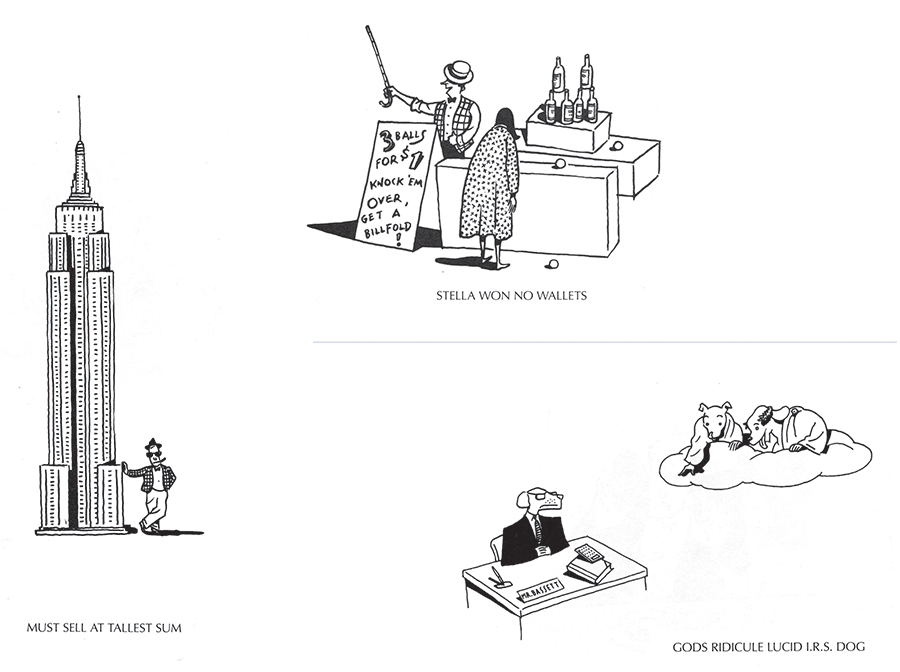 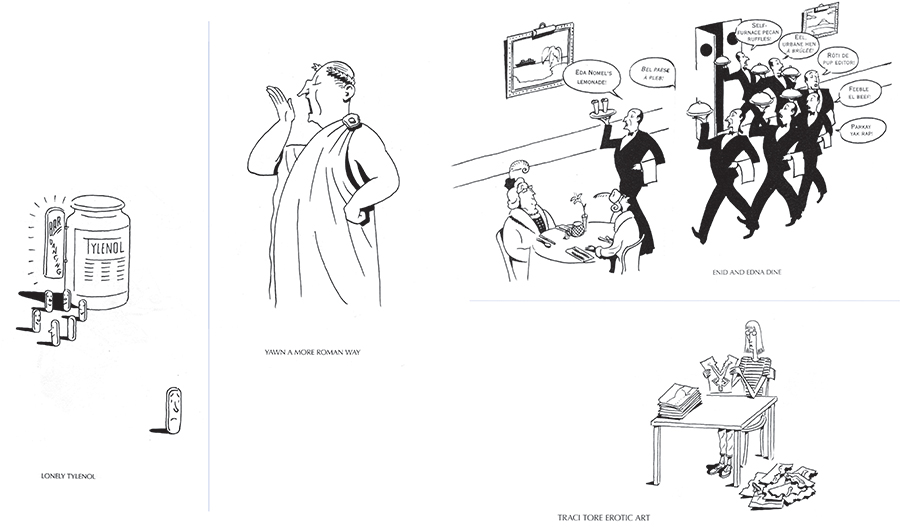 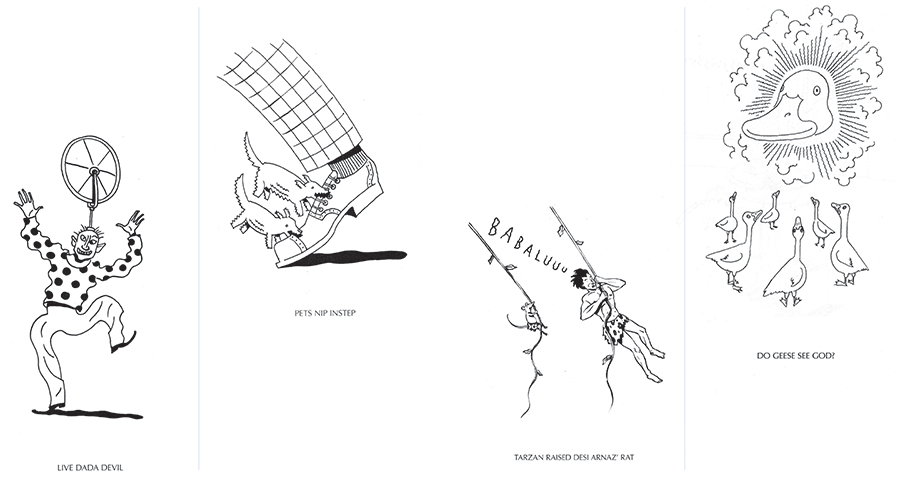