The gang gathers for good times

The best friends in the world are the ones you don’t need to meet every day. Whether it’s been a day or 10 years, the conversation is the same.  — Anonymous 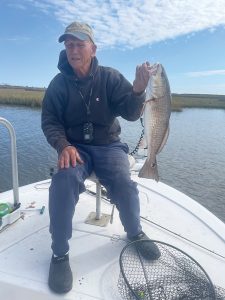 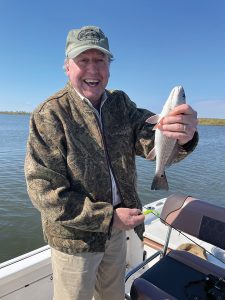 The members of the old Sleeping Black Duck Order were falling by the wayside. The organization, started many years ago on a brant goose hunt on the Eastern Shore of Virginia, was still honored by what was left of the active members, but probably on a much more sedate level than those early years.

The club was created after a successful day’s duck shoot on the Chesapeake Bay. The group was sitting in front of a blazing fire talking about the day’s events, who did what, good-naturedly ragging missed shots and bragging about good ones. There were seven in the party, good friends all, having known each other for years, hunting together most of them. Idiosyncrasies, good and bad, were acknowledged and overlooked when needed. In essence, they were more than friends; they were a lot like family.

The conversation drifted here and yonder, mostly about how great the day was and how the hunt was over too soon. The gang was to load up the next morning and head home. Jim, the sport who had organized the hunt, was talking about hunting over the hand-carved black duck decoys provided by the guide and how well they worked.

“Just look how beautiful that black is on the mantel.” He pointed to a sleeping black duck decoy that our guide, Grayson Chesser, had carved. Chesser is famous on the Eastern Shore of Virginia for his carved decoys.

“I’ve got a great idea,” Jim continued. “Let’s buy that decoy. We’ll take yearly turns keeping it, celebrating at the end of every duck season with a dinner, passing the decoy on to the next member in line. If we miss a year’s duck hunt, the decoy remains with the preceding associate until the next season.”

That’s what we did. Over the years, the sleeping black duck decoy became the starting point of many conversations, even though time and infirmities slowed down many hunts and even canceled a few. We grew older and the glory days of the group drifted away like a migrating duck. We’d known for a while that our best days together were gone, but just like that wandering duck, we hoped those good days would show up again in the near future.

Art called me early in the fall. “Hey. Tom, I’ve talked to John and Jack about a trip to Mattamuskeet, maybe in the early winter. You know, just to get together, hash over a few memories and maybe do some fishing. Remember the last time we were there, Dell said he would take us if we wanted and if it worked in his schedule.”

Dell and Karen Meekins are the owners of the Hyde County Lodges, beautiful cabins sitting on pilings right on the Pamlico Sound. We used their facilities several times in the past when we were actively pursuing the noble waterfowl and even a time or two when all we did was get together and, as Art so aptly put it, “hash over old times.” 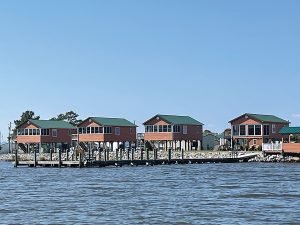 Jack, the guy who arranges reservations and details whenever the group decides to take a road trip, put everything together with Karen, and we were scheduled to meet at the Lodges for four days of good times. Best of all, Dell agreed to take us fishing.

The trip to Hyde County is a pleasure in its own right. The county’s motto is “The Road Less Travelled,” and it lives up to that. Once you cross the Pungo River, you’ll meet a few cars, but very few. And the ones you do meet wave as they drive by. Hyde County is a friendly place.

Art, John and Jack arrived a little before I did, even though they stopped at Whole Foods in Raleigh for some needed supplies. The lodges are extremely comfortable, decorated in an outdoor motif that would make any sportsman happy, and we were in the two side-by-side units. The guys were already unloading food and coolers where we would headquarter and cook and have all our meals. John, being the head chef, called out marching orders on where things went. In no time we were relaxing on the big front porch.

John and Jack decided not to fish, but Dell agreed to take Art and me the next morning. The plan was for us to meet him at 7 a.m. at the little canal behind the lodges where he docks his skiff. Art handled all the particulars of the trip for the following morning; and that evening, after John had put together a fantastic meal, we kicked back comfortably enjoying a glass of wine that our connoisseur, Jack, selected. When a special wine is needed, we always consult him.

Art and I were up early the next morning to meet Dell at the dock. He breaks the mold when you think about a Down East waterman, although that’s how he grew up. He had all the gear needed so all we had to do was show up. Talk about a Hyde County success story, Dell and Karen Meekins could write the book. Both grew up there, fell in love and married early. They built the lodges in 2012, and their bookings have been growing steadily. Dell says that Karen handles all the reservations, and he does the mechanics and upkeep. Dell, a North Carolina State graduate, is also part owner of Engelhard Seafood, a wholesale supplier to restaurants.

A beautiful sunrise met us as we motored out of the canal into the Pamlico Sound. Dell was in a jovial mood and kept talking about how we might not catch anything, but probably would. I was sitting next to him as he kicked the motor into high gear and we roared out into the bay. A slender, tall man, he moves with the confidence of an athlete, handling the boat effortlessly.

I’ve not fished with many guides, usually doing it on my own. And, in all honesty, Dell is not a guide — he just loves to fish and loves to take people fishing. It’s not his profession, but he is good. That morning we caught between 30 and 40 fish, everything from flounder to red fish. It was a catch-and-release morning, except Art and I decided to keep a couple of redfish and trout. All and all, thanks to Dell, it was a wonderful morning on the sound.

Before we could blink, the three days on the Pamlico went into the journal and it was time to load up and head home. We hadn’t done much, fished a little and rode around to visit spots where we used to hunt, but we accomplished the purpose of the get-together with flying colors, and that was to enjoy each other’s company.

We had to leave early the final morning. John had a meeting at his law firm that afternoon, so we were awake at sunrise. Loaded up and ready to move, we stood around in the parking area and watched the day come alive over the sound. Clouds banked before the sun and looked like another horizon. Goodbyes were said, and I watched as the crew motored down the driveway heading home.

Each lodge sits up high on pilings and I sat on a swing located  in the below deck parking area, determined to catch the first rays of the morning. The sun slowly came visible over the clouds, and I watched as it rose majestically over the Pamlico. The Sleeping Black Duck Order has been whittled down a little, but we’re strong where it counts. Good friends and good times. I fired up the little Cruiser and headed home. What a pleasure.  PS